April 19, Mt. Laurel, NJ: Some of Dynamite’s earliest hit comics star the one and only Ash Williams of Army of Darkness and Dr. Herbert West of Reanimator – and now they’re going toe to toe once more for a summer blockbuster by Erik Burnham and Eman Casallos! Their first bestselling and out of print crossover is going back to press and shelves in time for the new story.

An archaeological dig unexpectedly unveils an important artifact from the world of Army of Darkness. Great find! The problem is that it ends up in the absolute worst hands possible – the mad, truly mad Dr. Herbert West. Which means the world must turn to its reluctant hero once more – Ashley Joanna Williams.

“This opportunity not only came out of the blue, it came together fast – and I couldn’t be more excited,” said writer Erik Burnham. “Army of Darkness has always had that perfect mix of horror and humor, which makes it a very fun sandbox to play in. And it’s great to be working with Eman Casallos again – he’s really bringing some of the weirder elements of this story to life. All in all, it’s been a blast, and I can’t wait to share it with folks!” 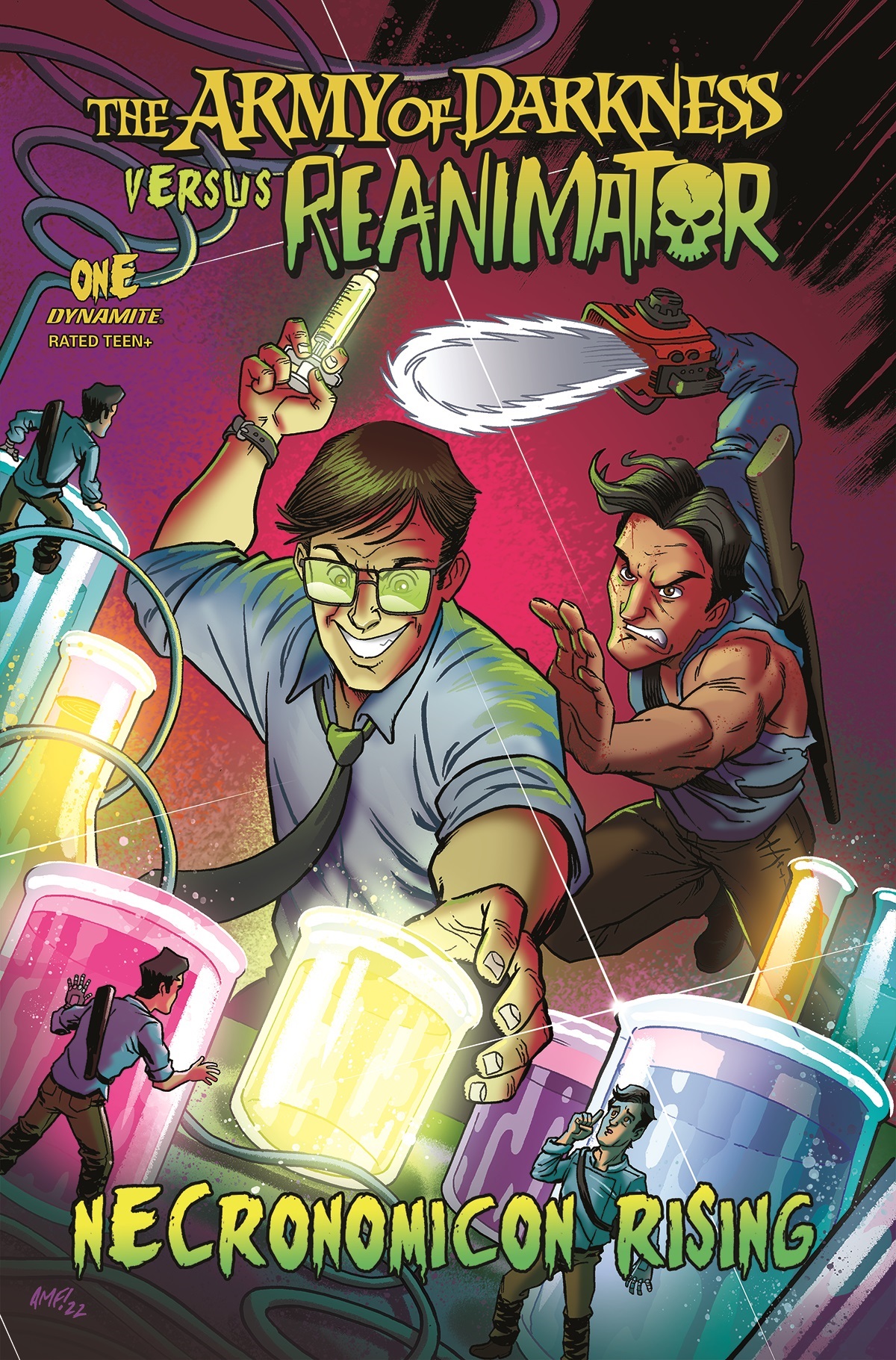 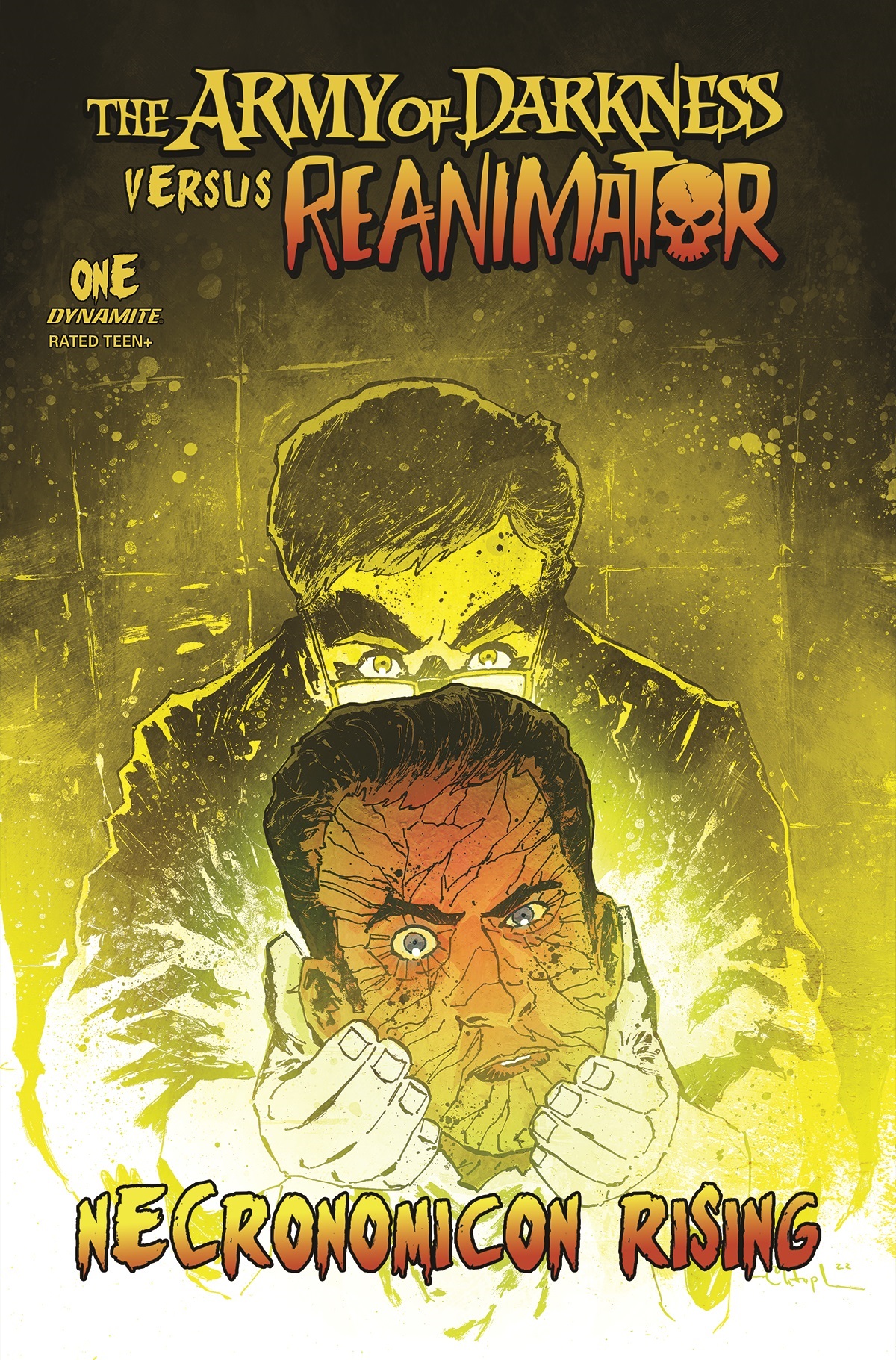 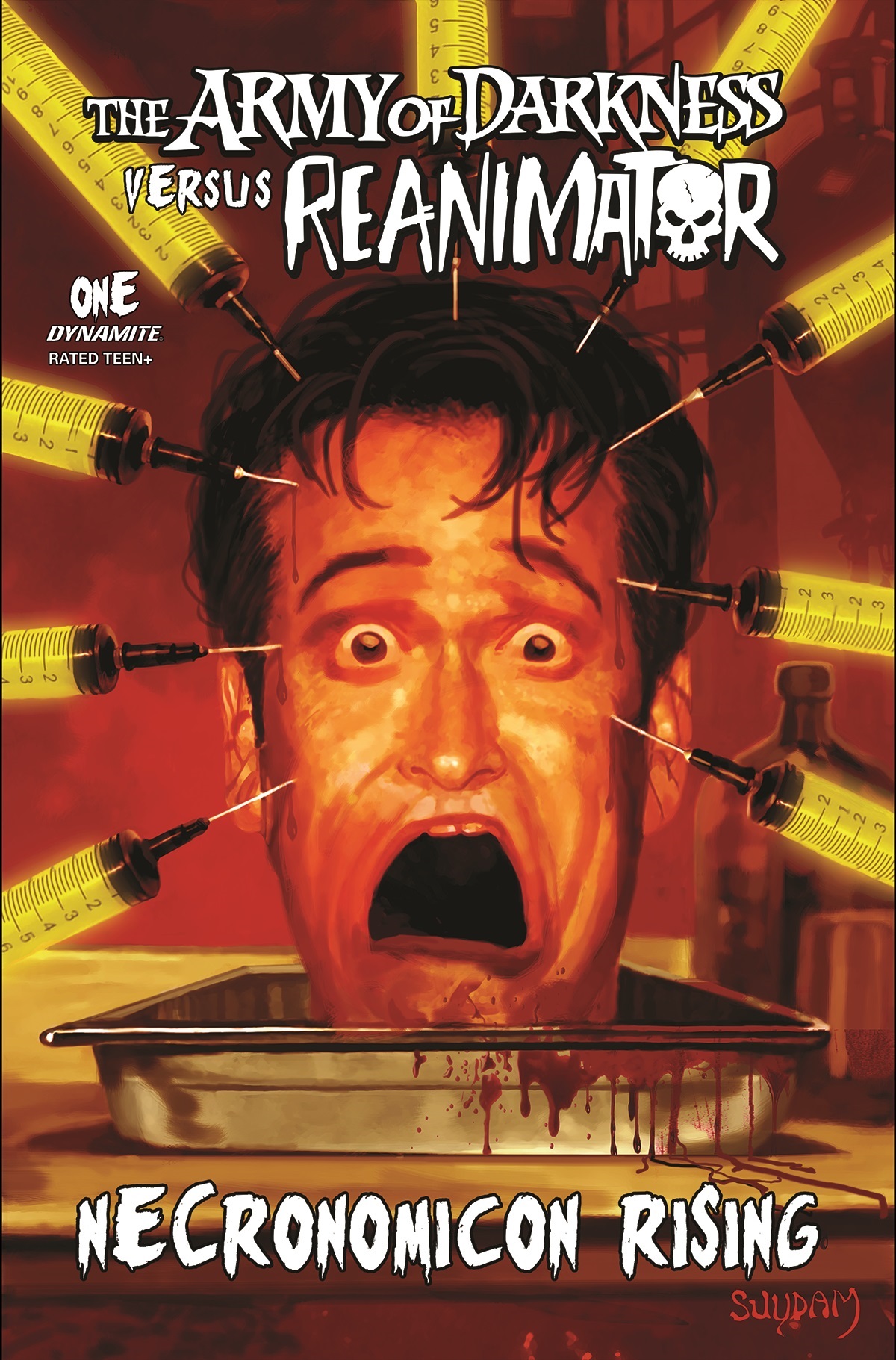 More than 15 years after their last tangling, Dynamite is upping the ante in the new series. The original crossover was written by James Kuhoric and drawn by star Sanford Greene (Bitter Root, Power Man and Iron Fist). After two miniseries kicked off the Army of Darkness comics – and Dynamite’s comics as a whole – Ash and Dr. West opened up the first ongoing AOD title to the acclaim of fans and critics.

To commemorate that story and the new one, Dynamite is also reprinting that bestselling graphic novel. Long out of print, readers can pick up the original at the same time to dig into a duo of classics, old and new.

Army of Darkness Versus Reanimator is guaranteed to feature plenty of excitement, Deadite action, and glowing reanimation serum! Plus a set of horrific covers to kick off the mood before page one. Superstar Tony Fleecs (Stray Dogs, My Little Pony) leads the pack with the first of several inspiring takes on the AOD franchise. Christopher Mitten, Arthur Suydam, and Stuart Sayger also contribute great horror inspired covers.

Writer Erik Burnham is a perfect match for this pair of horror icons. He’s contributed to a murderer’s row of classic franchises including Teenage Mutant Ninja Turtles, KISS, and more. Among his most celebrated work is his beloved run on Ghostbusters comics. Dynamite fans will be familiar with him via the hit Red Sonja comics he’s done, as well as Vampirella/Dejah Thoris, and more. 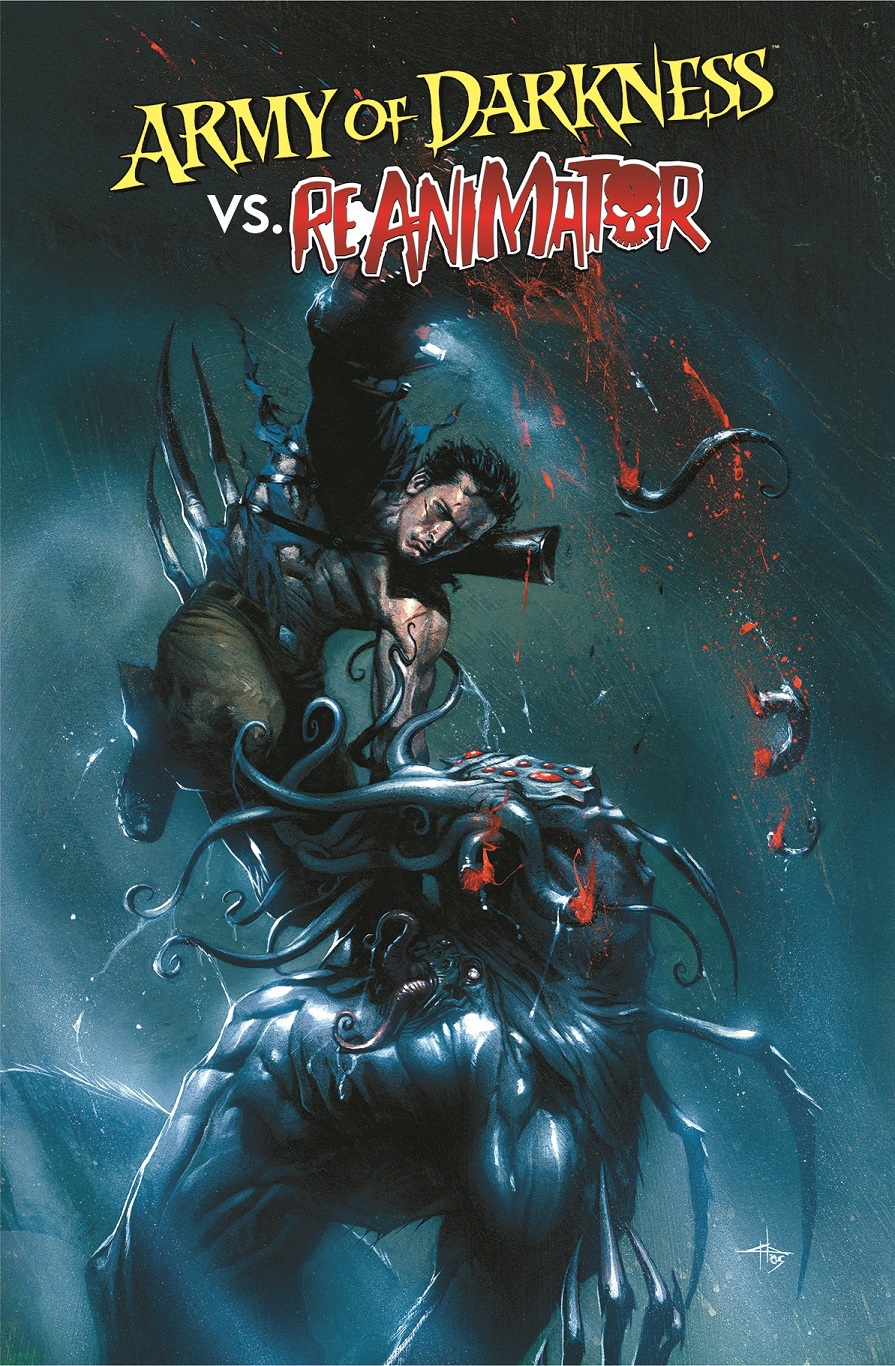 ARMY OF DARKNESS VERSUS REANIMATOR #1 is solicited in Diamond Comic Distributors’ May 2022 Previews catalog, the premier source of merchandise for the comic book specialty market, and slated for release in July 2022. Comic book fans are encouraged to preorder copies of the issue with their local comic book retailers. It will also be available for individual customer purchase through digital platforms courtesy of Comixology, Kindle, iBooks, Google Play, Dynamite Digital, ComicsPlus, and more!