Arachna is BACK for second dibs as you can see below via previews and HERE if you want to check it via Indiegogo!

Arachna 2: The Most Dangerous Game is the sequel to the crowdfunded comic hit Arachna:  The Adventure Begins. The story is about the titular spider-powered superhero with a  dissociative identity disorder. Arachna‘s both a good and bad girl all rolled into one.
Whereas the first comic was 48 pages, Arachna 2 is 64 pages. Back it if you like superheroines falling into perilous pits, or getting into ferocious fights against martial artists and mutated monsters. 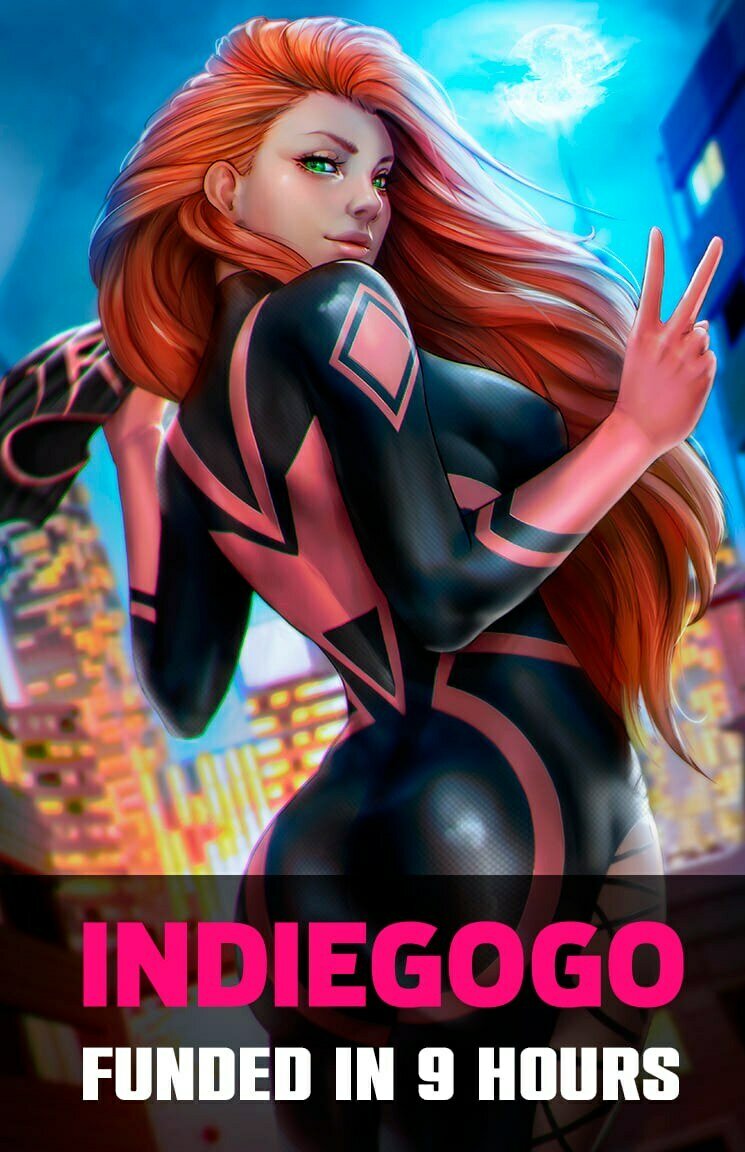 Something festers in the sewers of the concrete jungle called New York City. Mutated monsters who are neither mice nor men face the wrath of the masked vigilante known as Arachna. She hunts the abandoned, sharp-teethed rat henchmen in search of a mad scientist calling himself Doc Diabolique. Arachna wants justice, she wants revenge, and nothing will stand in her webbed way.

In her quest to settle the score, Arachna has to accept the tutelage of archaic Ji-ho. The Korean martial arts master came to the United States in search of a peppy pupil worthy enough to carry his legacy.  His fledgling student leaves America in a hurry when Doc  Diabolique is offered to Arachna on a silver platter.

The masked heroine allows an alluring jungle girl to take her to the Caribbean where the owner and master of a remote jungle island extends his dubious hospitality. There‘s more to the seemingly suave and scarred hunter named Jaecar than meets the eye.  Arachna quickly learns that the bear traps and spiked pits aren‘t the only ensnares on the seemingly idyllic paradise island…