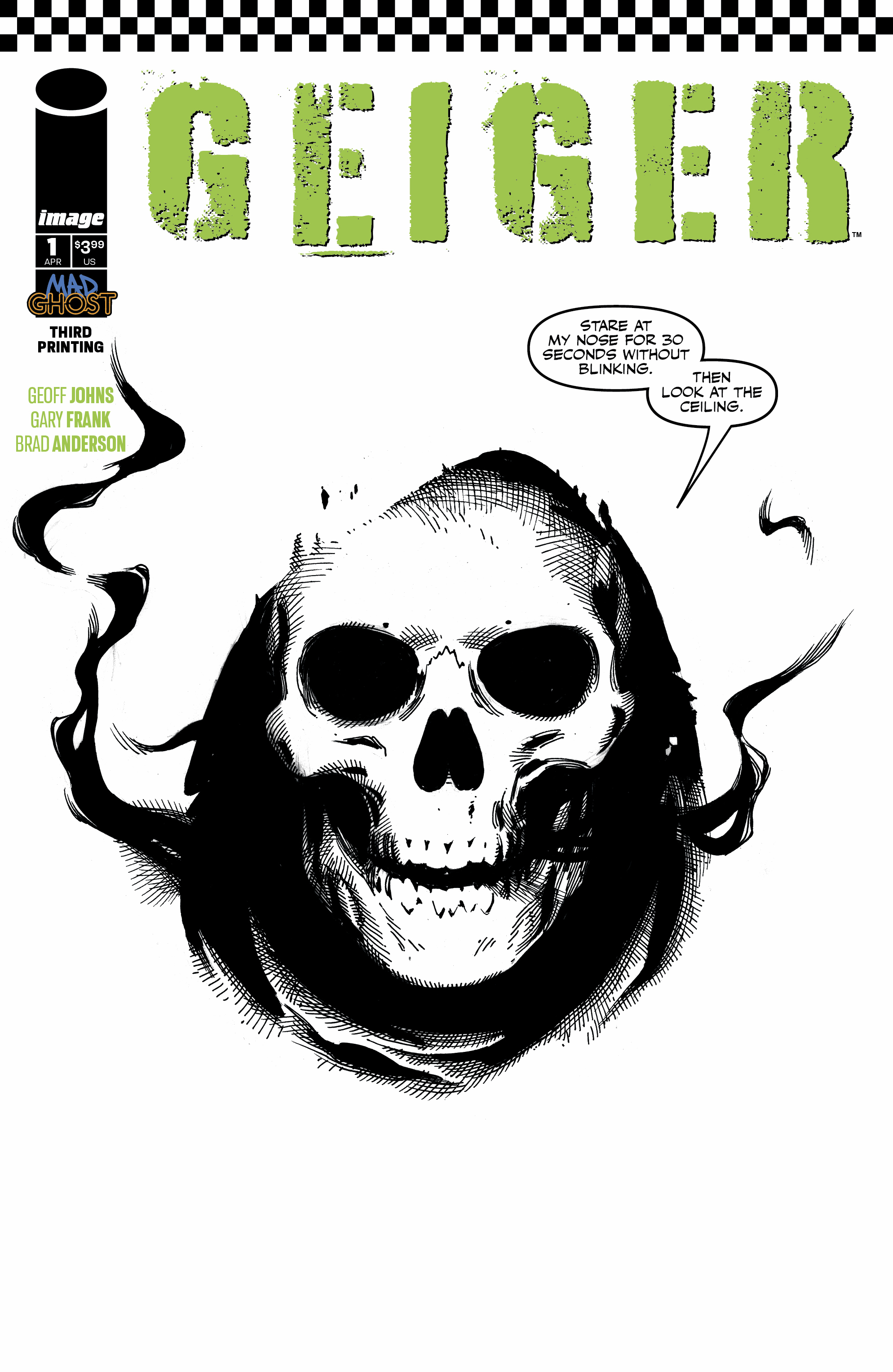 Doomsday Clock creative team Geoff Johns and Gary Frank continues to burn through inventory of the debut issue at the distributor level. Image Comics has greenlit a third printing in order to keep up with mounting demand for the series.

Rapid paced pre-order activity from retailers on Geiger #1 triggered a rare pre-sell-out for the series with books shipping to stores already sold out at the distributor. A rush reprint was ordered ahead of the release date to accommodate the spike in demand, but the reorder activity has overtaken the inventory once again as buzz for the new series grows.

Geiger is set in the years after a nuclear war ravaged the planet where desperate outlaws battle for survival in a world of radioactive chaos. Out past the poisoned wasteland lives a man even the Nightcrawlers and Organ People fear. Some name him Joe Glow, others call him the Meltdown Man. But his name… is Geiger.

“Wow. A third printing? I’m blown away by the degree to which this has taken off,” said Frank. “My sincere thanks to everyone for all the support. We’re very lucky to have you.”

Geiger #1, third printing (Diamond Code FEB219020) will be available at comic book shops on Wednesday, May 19.

A Glow in the Dark variant of Geiger #1 (FEB210013) is available now at comic book shops as well.

Geiger #1 will also be available for purchase across many digital platforms, including Amazon Kindle, Apple Books, comiXology, and Google Play.