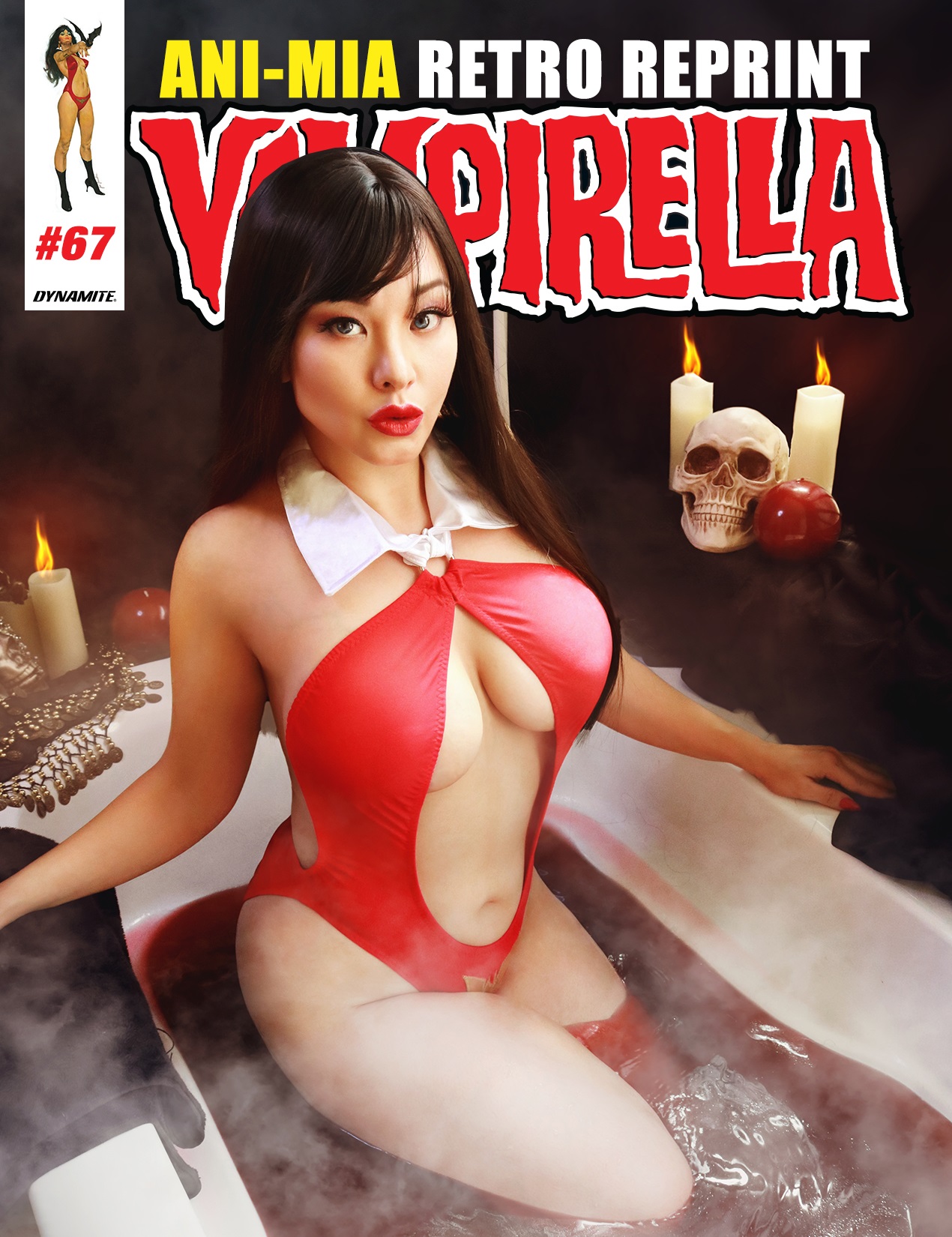 Ani-Mia shared, “Cosplaying has always been seen as a homage to a character or fandom that you’re passionate about. For me Vampirella, as a character, has always fully embodied the idea of a smart, sexy, and strong superhero with the extra “cool factor” of being a vampire. Her story, starting from the Warren years is so rich and has evolved in so many different fashions creating this very determined and powerful modern woman in the series today.”

This special edition release will be presented at magazine size, featuring of course a stunning shot of Ani-Mia in her Vampirella cosplay. Ani-Mia is renowned as an independent cosplayer, as well as a multi-talented host for programming like Diamond Comics Distributors’ PreviewsWorld content. She also writes for publications like Otaku USA magazine and Cosplay Central. She’s been featured previously on Dynamite cosplay covers.

Underneath the spotlight cover, Dynamite is celebrating the legacy of cosplay of this iconic character by presenting the contents and cover of Vampirella #67. This memorable 1977 issue historically featured the first official cosplay cover for the character, starring Barbara Leigh and photographed by Hank Londoner. An actress, Leigh is known for starring in the film Junior Bonner alongside Steve McQueen, among others. This cover and those that followed on issues #69, 71, 74, 76, 77, and 78 were all in anticipation of a feature film to be produced by Hammer Films, that unfortunately never saw the light of day.

The contents of Vampirella #67, being presented in this limited edition, include over 50 pages across six stunning stories. The lead piece stars Vampirella, as presented by definitive artist Jose Gonzalez and longtime writer and editor Bill DuBay. Other stories feature art from legends like Alex Niño, Esteban Maroto, Russ Heath, and Paul Neary.

Since the era of Barbara Leigh, cosplay has become a core part of Vampirella fandom and collecting. From convention appearances and photo covers, both male and female fans of the character always love seeing strong women portraying the Daughter of Drakulon in their own ways. Now Ani-Mia follows in those footsteps, while celebrating the legacy.