First off, I’m a fan. I love your column, and this week’s was no exception. I agree 100% that Marvel and DC are missing a few boats right now, but I’d like to point out that one major publisher is not.

I know, the immediate argument is that Archie is not doing the same thing as Marvel or DC. Marvel and DC are publishing superhero comics; morality tales about responsibility and judgment told through the use of archetypal characters. Archie on the other hand is telling morality…oh, wait a minute. Minus the spandex and fisticuffs and it would appear there’s a lot in common.

Another argument against comparing Archie to the “Big Two” is that DC and Marvel are involved in longer-form storytelling whereas Archie is far more encapsulated. Basically, the idea that there’s an ongoing continuity in the Marvel and DC universes, but in Archie there is no larger continuity and nothing ever changes. One need only follow the recent (meaning last 10 years or so) stories revolving around a Mr. Forsythe Jones III (known to his friends as “Jughead”) to see that there is, in fact, a larger continuity in the Archie universe. The New Reality of Jughead Continuity first began to form with the arrival of Jellybean, and continued through the Jones’ new house and neighbours, Jughead’s dance expertise and the introduction of his nemesis: Trula Twyst. Irrefutable evidence that things do change in Riverdale. The recent revelations about Jug in his “Freshman Year: The Missing Chapters” story were as significant to his character (arguably more so) as anything from any invasion, countdown, crisis or siege.

Speaking of the “Freshman Year” books: Waldo Weatherbee’s work woes were one well-written (yes!) sub-plot. His story was for grown-ups, as was the story of Forsythe’s decision to put his family ahead of his career.

I submit this all to support the idea that Archie is in the same arena as DC and Marvel, just different icing on similar cakes.

“There still needs to be outreach to the greater market – you know, basic Marketing 101″ was one of the points you made. For almost a year I’ve been watching Archie Comics pursue just that strategy.

Last September I realized that the “Proposal” storyline was a way to get Archie back on the traditional newsstand. Suddenly, single issues of Archie were appearing in magazine racks that hadn’t seen a comic book since Michael Keaton was Batman.

Which ties directly into another point you made: as a father, and someone with limited time, you almost never get to the comic store anymore. I’d be willing to bet you get to the gas station, convenience store and supermarket every now and then.

This is why you’ve become Archie’s new target demographic. Two new series (Archie Loves Betty and Archie Loves Veronica) are aimed directly at guys like you and I, and we’ll be able to grab them anywhere. Plus, the two comics will be combined into one ongoing magazine, available pretty much everywhere.

More proof? How many 8 year olds care that a “Robot Chicken” writer (Tom Root) is writing an issue of Jughead? Now, how many 35 year olds care about this information? I don’t know about you, but my hand is up.

In this blog post from last month I contrasted Joe Quesada’s (Marvel EIC) view of the newsstand (basically, it’s dead) with Archie’s clear strategy to reopen this market. I’ll be very interested to see how their new Stan Lee superhero series fares, but I guarantee you it will have more exposure to the general public than any new book from the Big Two.

Back in March I was congratulating Archie Comics on their enormous digital success. They’ve had a wildly successful App for almost a year (they’re the most popular comics on iTunes), and Archie is the 4th most popular book App on the iPad. More than a little ahead of the competition.

Keep an eye out for “The Return of the Man from R.I.V.E.R.D.A.L.E.” (written by the great Tom DeFalco), a four issue story starting in Archie 610. DeFalco described it like this: “In bringing back The Man from R.I.V.E.R.D.A.L.E., my question was: if spies actually existed in the Archie world, how could they be seamlessly integrated into Archie’s continuity while still being true to his universe? That is my creative challenge – to create a realistic and dangerous situation for the characters to act in, kind of like mashing up 24 and The Bourne Identity with Chuck and Get Smart.”

Sounds good to me, and if you were an Amazing Spider-Man fan back in the day it probably sounds good to you too. The best part? Archie Comics is going to make it easy for you to get it, no trip to the comic store required.

I just thought I’d throw out my two cents, and let you know that one publisher is thinking the exact same way you are. 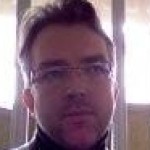 Mark Haney’s album “Aim for the Roses” is now available on iTunesand on Amazon. “Aim for the Roses”, is an avant-garde double bass suite that tells the true story of Canadian daredevil Ken Carter, and his 1976-79 quest to jump one mile over the St. Lawrence River in a rocket car. “Aim for the Roses is, to say the least, a singular achievement.” -The Victoria Times Colonist. “Haney makes his own unpromising leap, to tell a bizarre story bizarrely. Unlike Carter, however, Haney succeeds.” -The Globe and Mail. ‎”Aim for the Roses manages to strike the perfect balance between utterly amazing and completely f-ing ridiculous.” -The Georgia Straight. When he’s not here, Mark’s further thoughts on Archie can be found at his blog Archie, Double Bass, Daredevil.