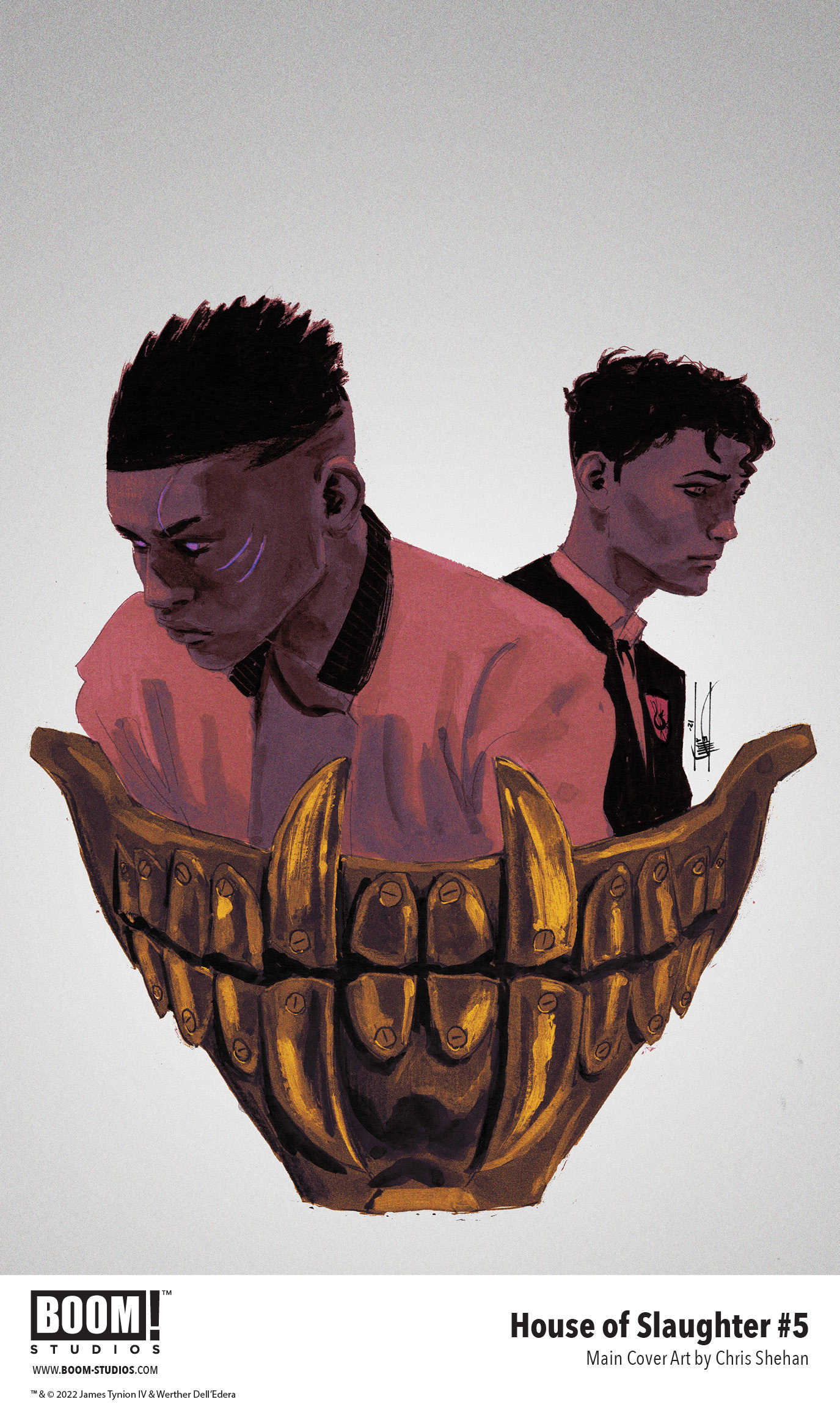 LOS ANGELES, CA (February 16, 2022) – BOOM! Studios today revealed a first look at HOUSE OF SLAUGHTER #5, the next issue in the new ongoing original series set in the world of the Eisner Award-nominated Something is Killing the Children, written by Something is Killing the Children co-creator James Tynion IV (The Department of Truth, The Nice House on the Lake) and co-writer Tate Brombal (Barbalien), and illustrated by co-creator Werther Dell‘Edera (Razorblades) and artist Chris Shehan (The Autumnal), colorist Miquel Muerto (Something is Killing the Children), and letterer AndWorld Design (The Many Deaths of Laila Starr). Discover the inner workings of the mysterious House of Slaughter, exploring the secret history of the Order that forged Erica Slaughter into the monster hunter she is today, available in February 2022.

The first arc of HOUSE OF SLAUGHTER comes to a close as Jace finally enacts his secret plan. As chaos fills the halls and the Order members fight off legions of monsters, will Aaron be able to intervene in the battle between his love and the House? And in those final moments, what will he choose?

Something is Killing the Children is the bestselling, Eisner Award-nominated hit series created by acclaimed comics writer James Tynion IV and illustrator Werther Dell’Edera. It has sold over one million copies worldwide, has been nominated for Eisner, Harvey, and Ringo Awards, and garnered widespread critical acclaim. As reported by The Hollywood Reporter, Netflix is developing a Something is Killing the Children series with Intrepid Pictures’ Trevor Macy and Mike Flanagan (The Haunting of Hill House). Readers and fans can find the first four volumes collecting the first fifteen issues of the ongoing series in bookstores everywhere.

Print copies of HOUSE OF SLAUGHTER #5 will be available for sale on February 23, 2022 exclusively at local comic book shops (use comicshoplocator.com to find the nearest one) or at the BOOM! Studios webstore. Digital copies can be purchased from content providers, including comiXology, iBooks, Google Play, and Kindle. Readers can purchase HOUSE OF SLAUGHTER VOL 1 SC, collecting the first five issues, at local comic shops on June 15, 2022 and in bookstores everywhere June 21, 2022. 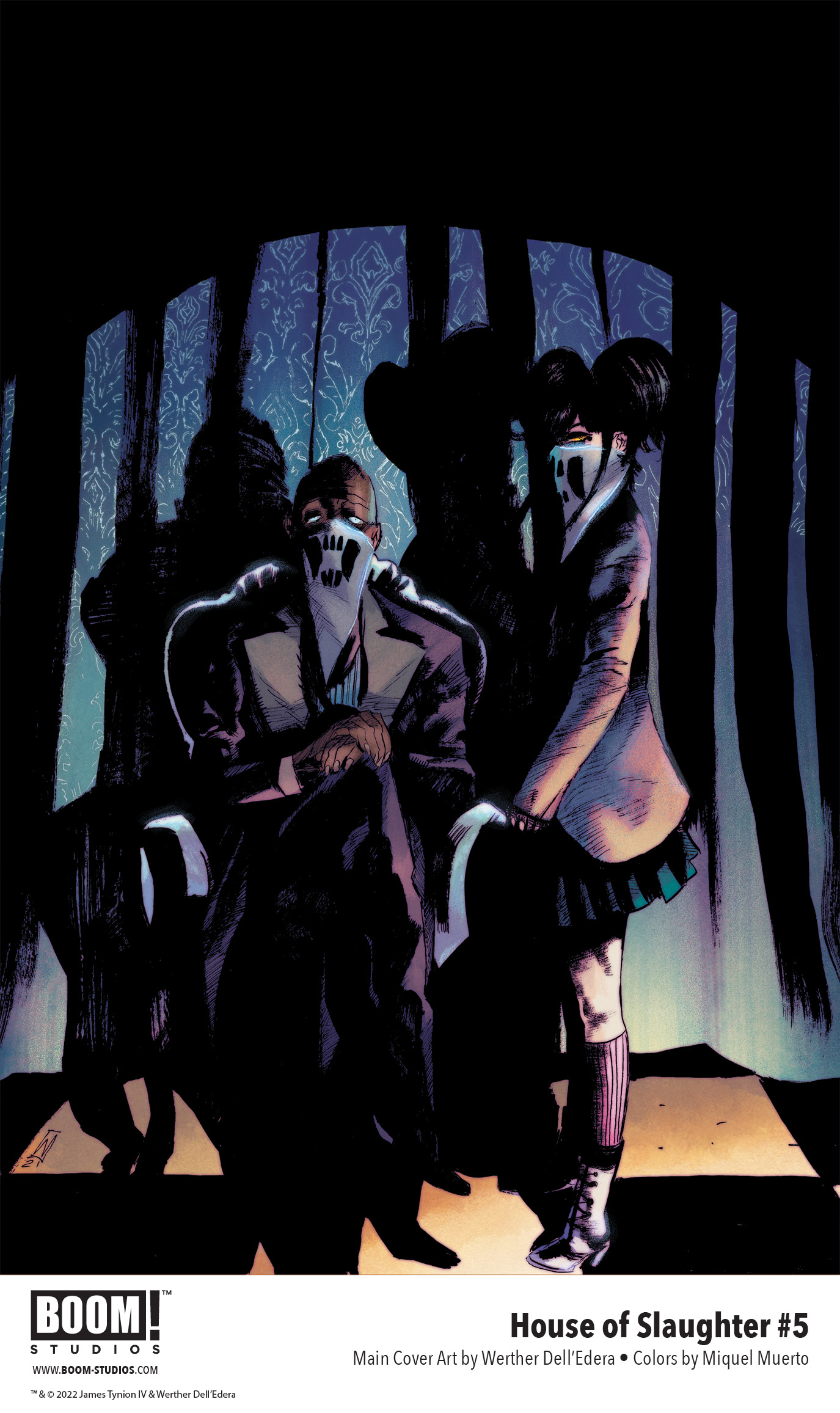 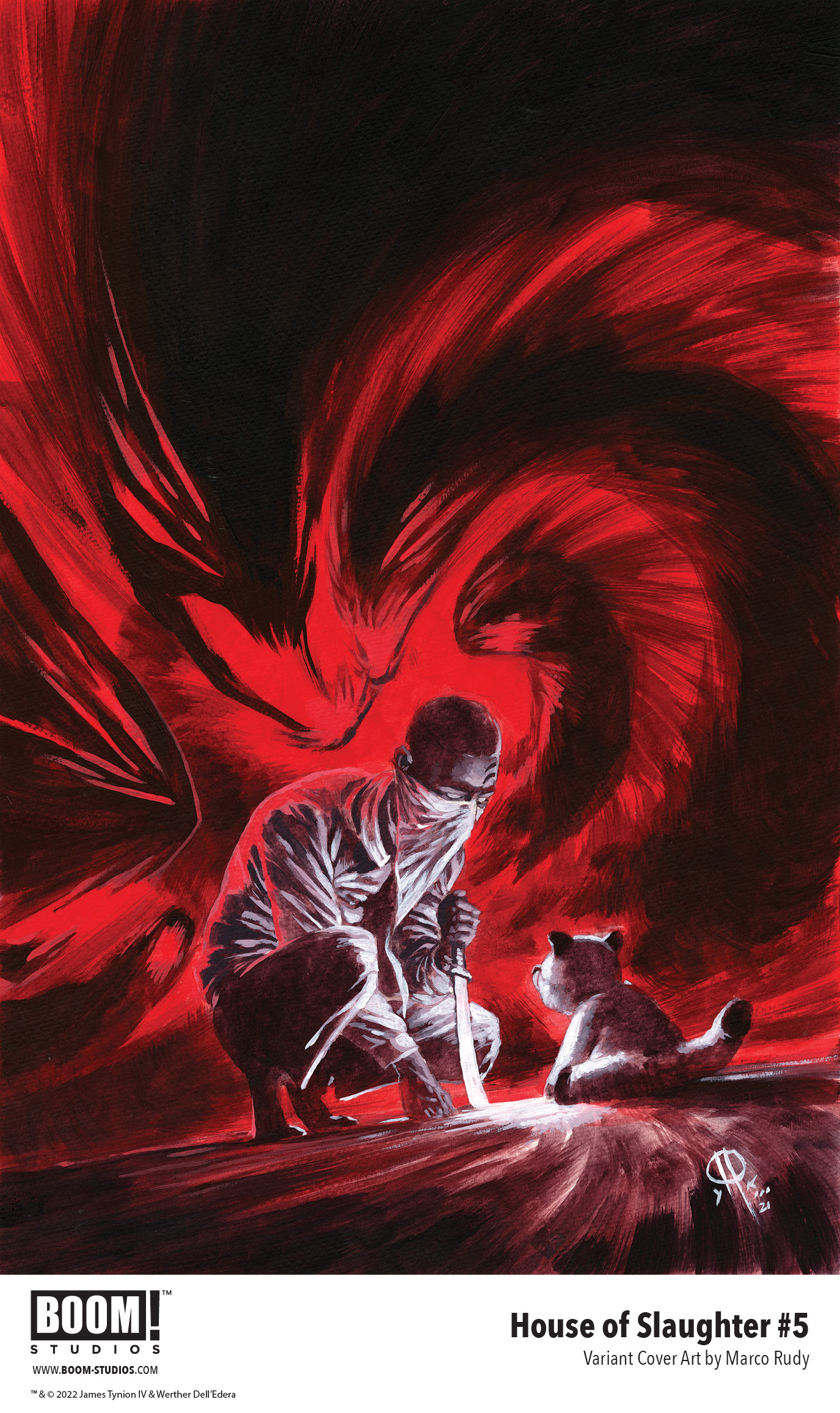 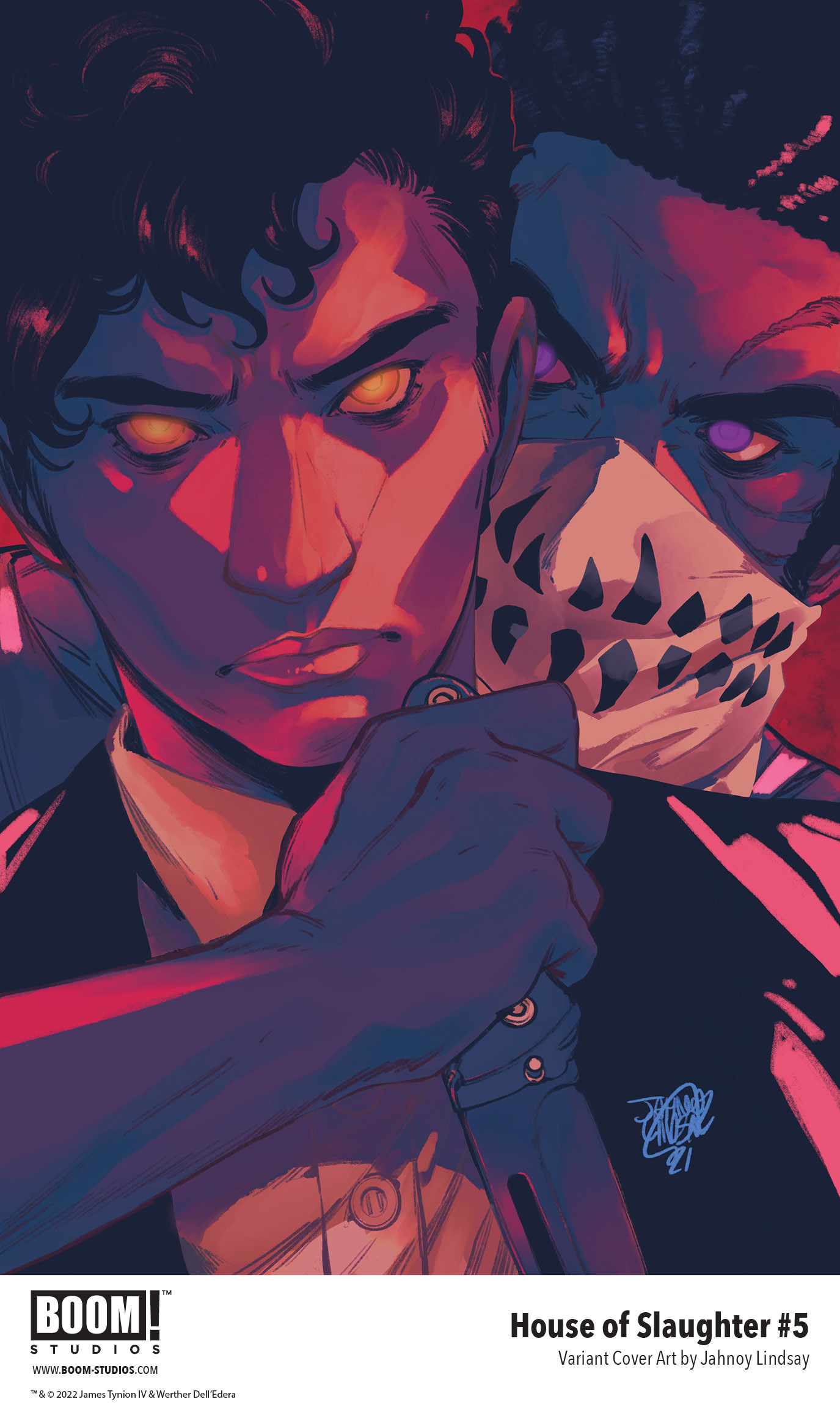 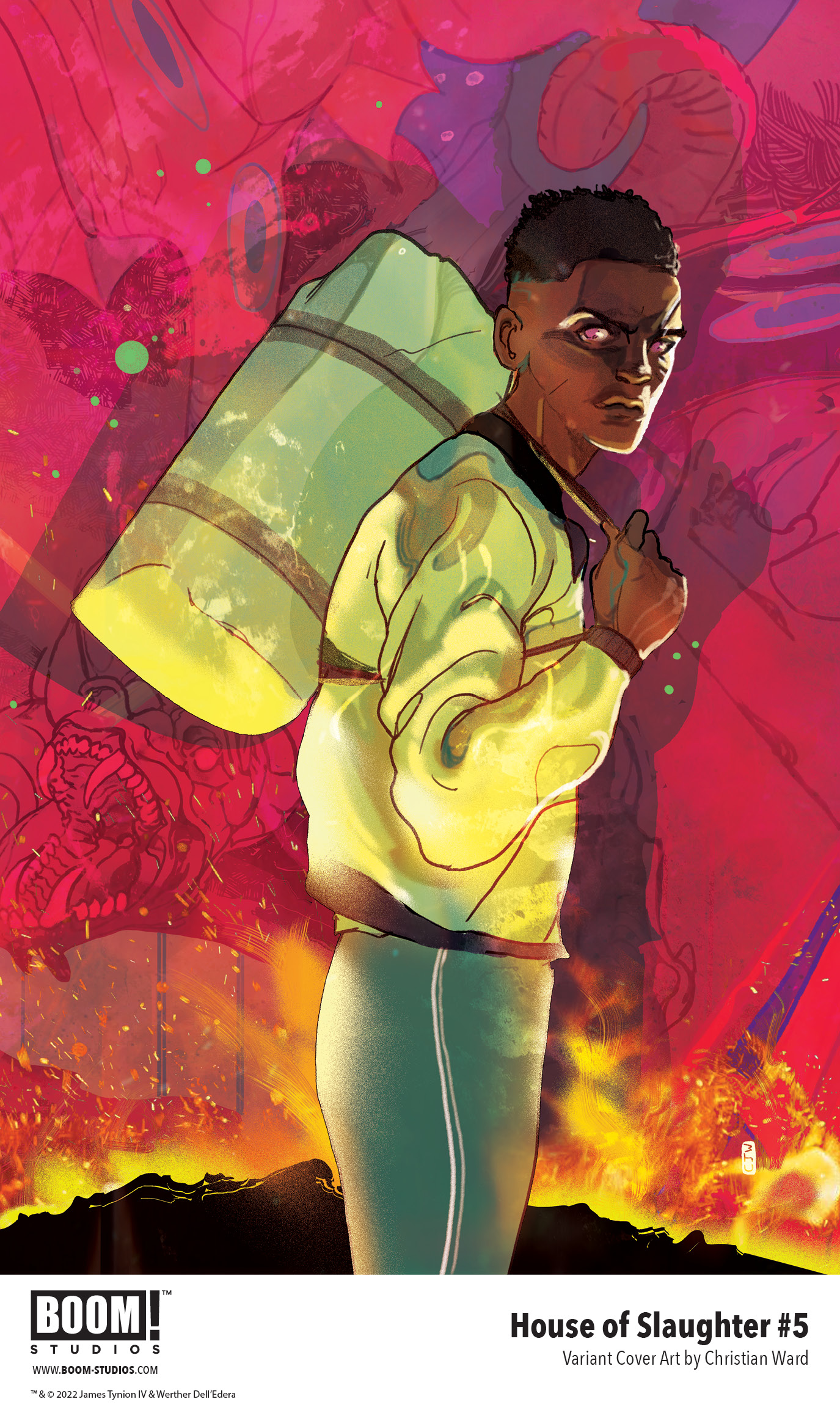 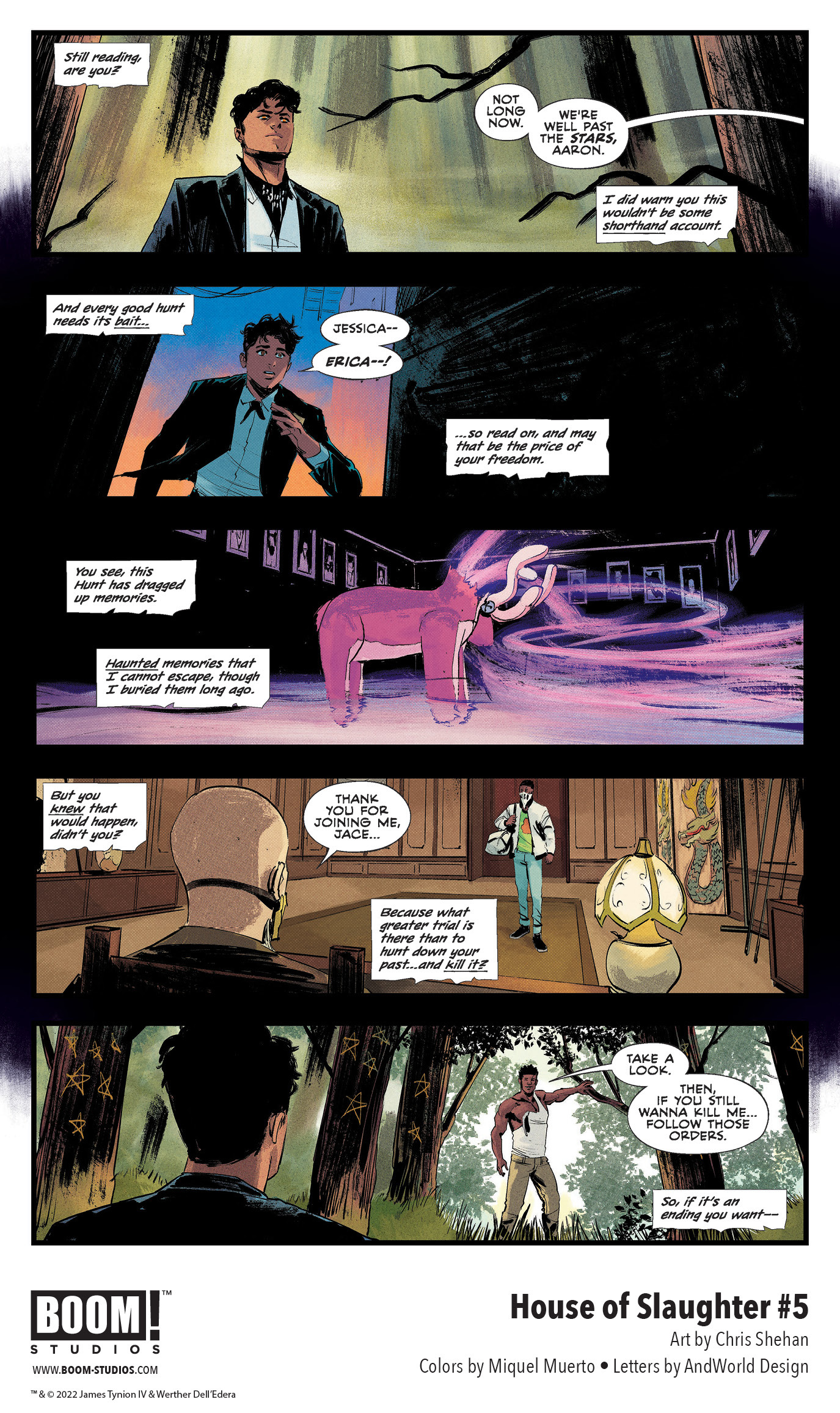 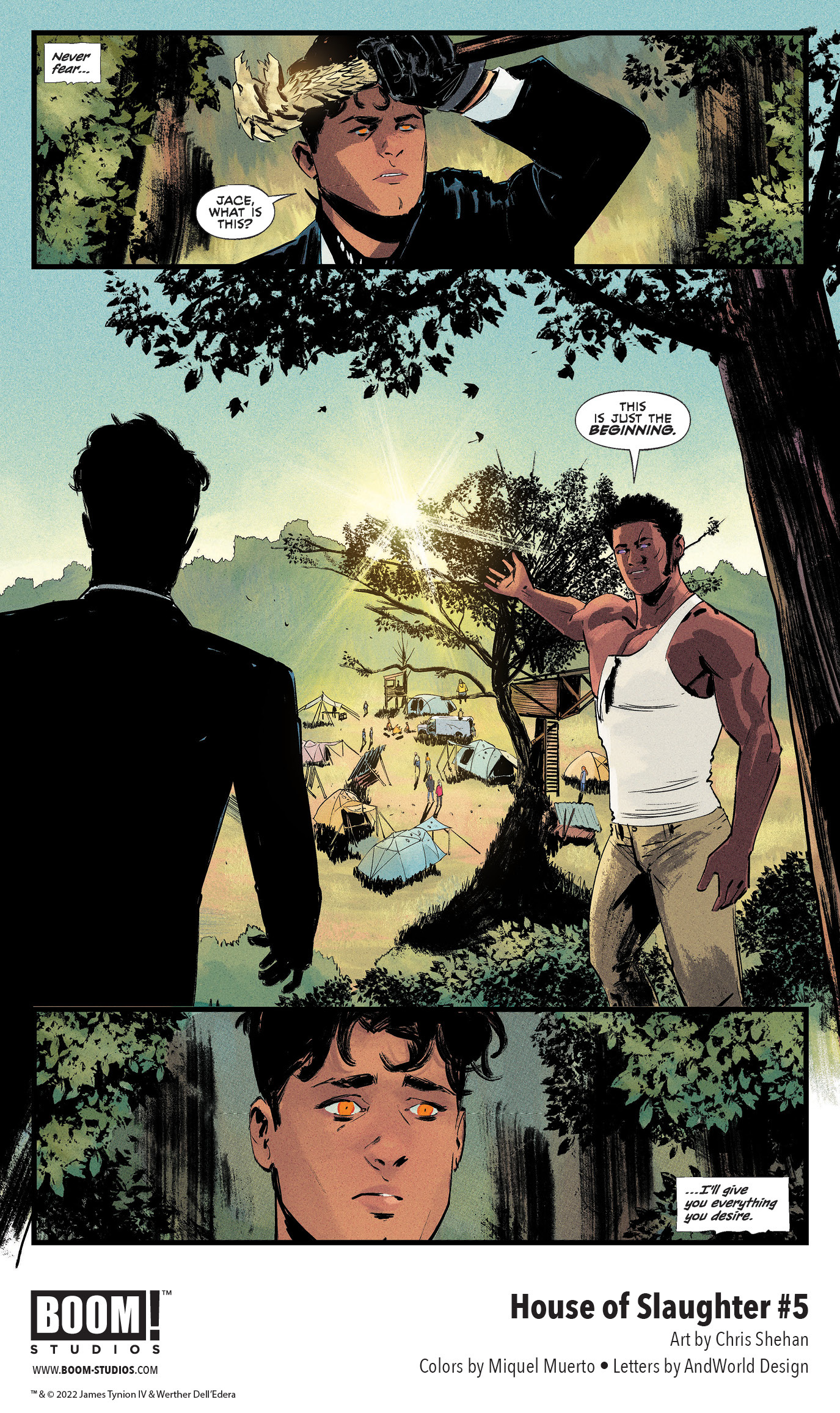 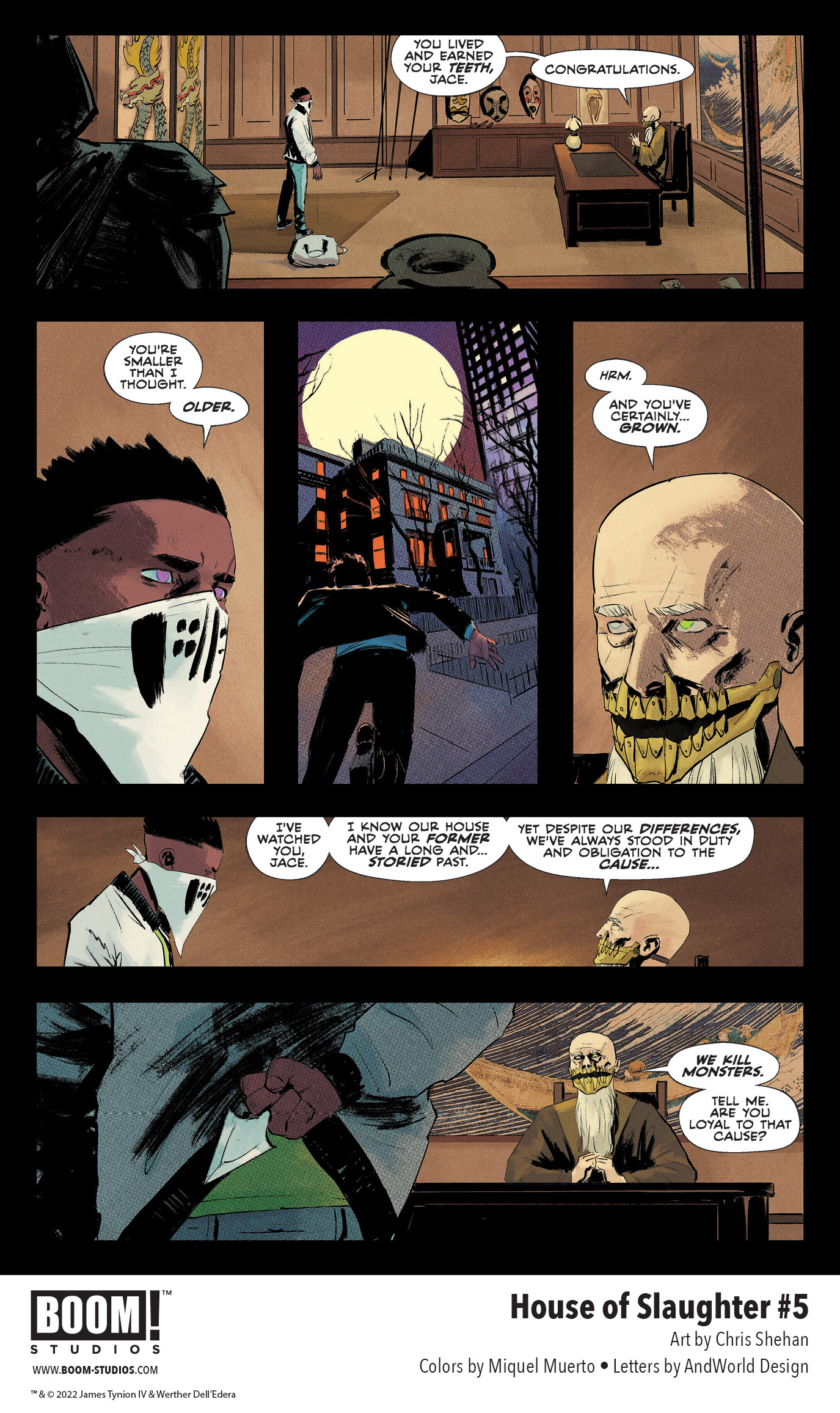 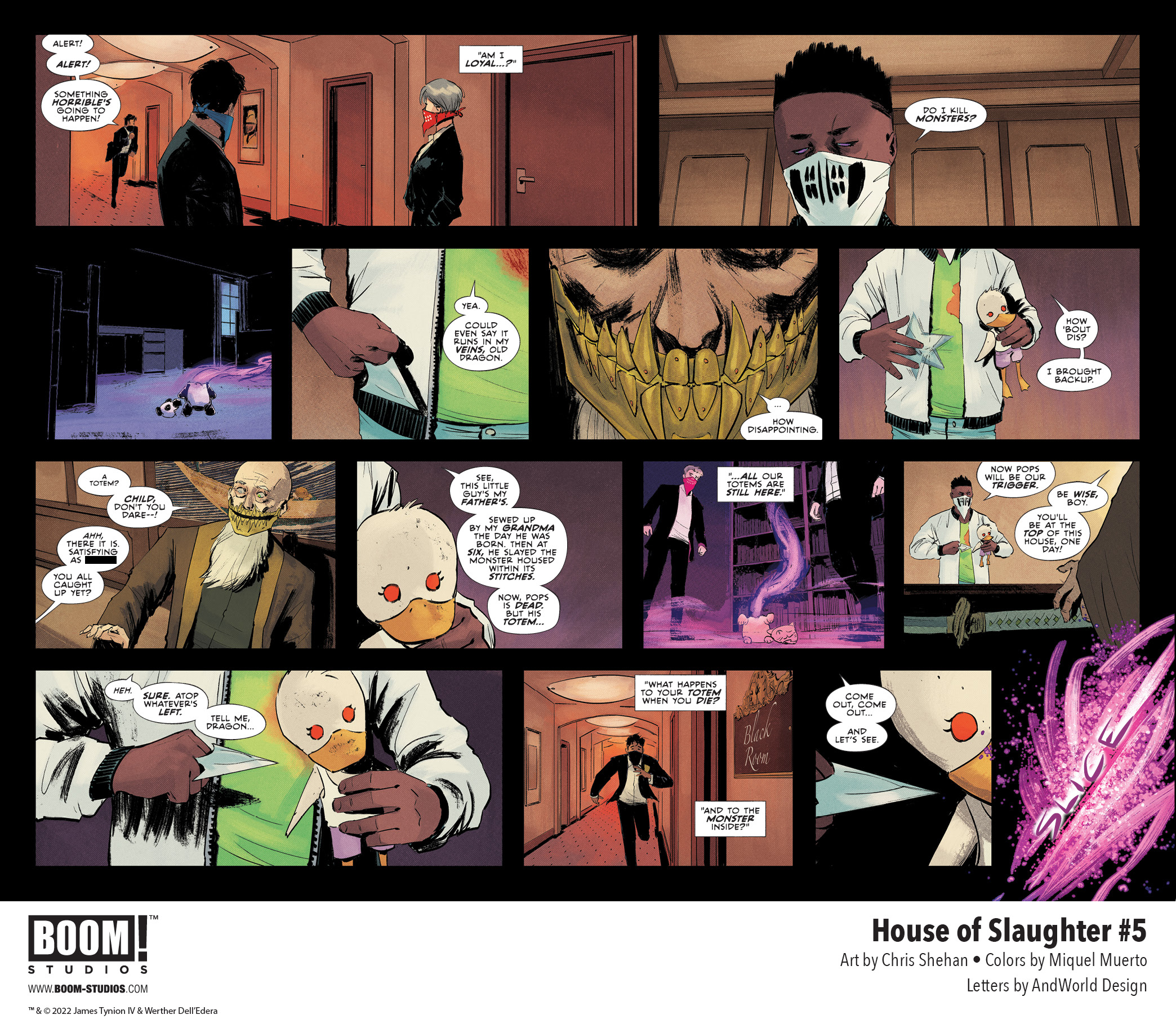