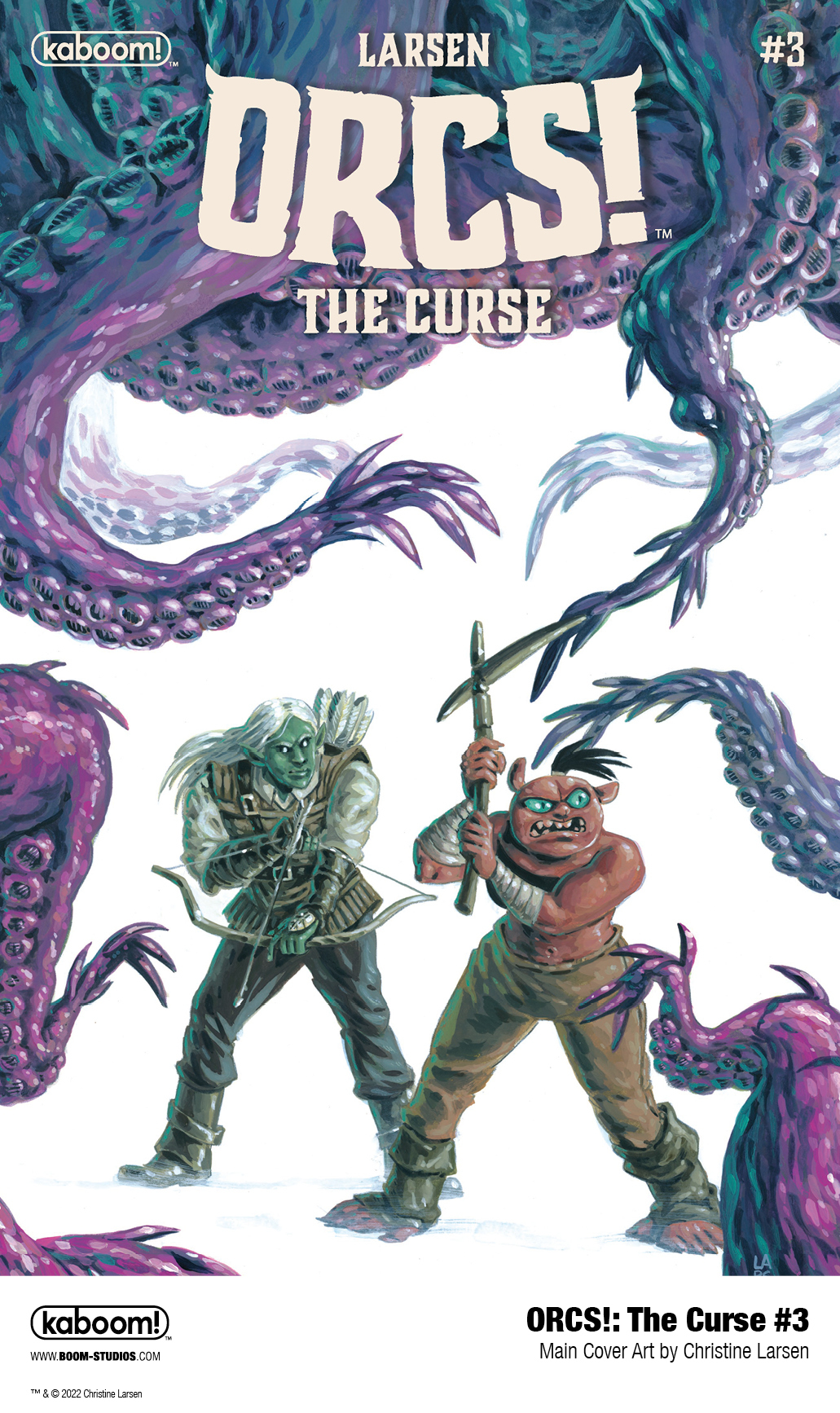 LOS ANGELES, CA (August 24, 2022) – BOOM! Studios today revealed a first look at ORCS!: THE CURSE #3, the penultimate issue of an all-new original four-issue comic book series by cartoonist Christine Larsen (Adventure Time, By Night), spinning a new adventure in the world of the beloved misfit ORCS!, with some familiar faces and a brand new set of characters who could turn out to be the greatest friends—or foes—you’ll ever encounter, available in September 2022.

Pez tries to cool her heels after causing utter chaos with her pranks, when she finds an unexpected adventuring partner from a nearby stronghold of rival forest dwellers. But there’s an evil mist growing on the horizon, one that the Wise Woman has fought against for many, many years…

Print copies of ORCS!: THE CURSE #3 will be available for sale on September 21, 2022 at local comic book shops (use comicshoplocator.com to find the nearest one) or at the BOOM! Studios webstore. Digital copies can be purchased from content providers, including comiXology, iBooks, Google Play, and Kindle. 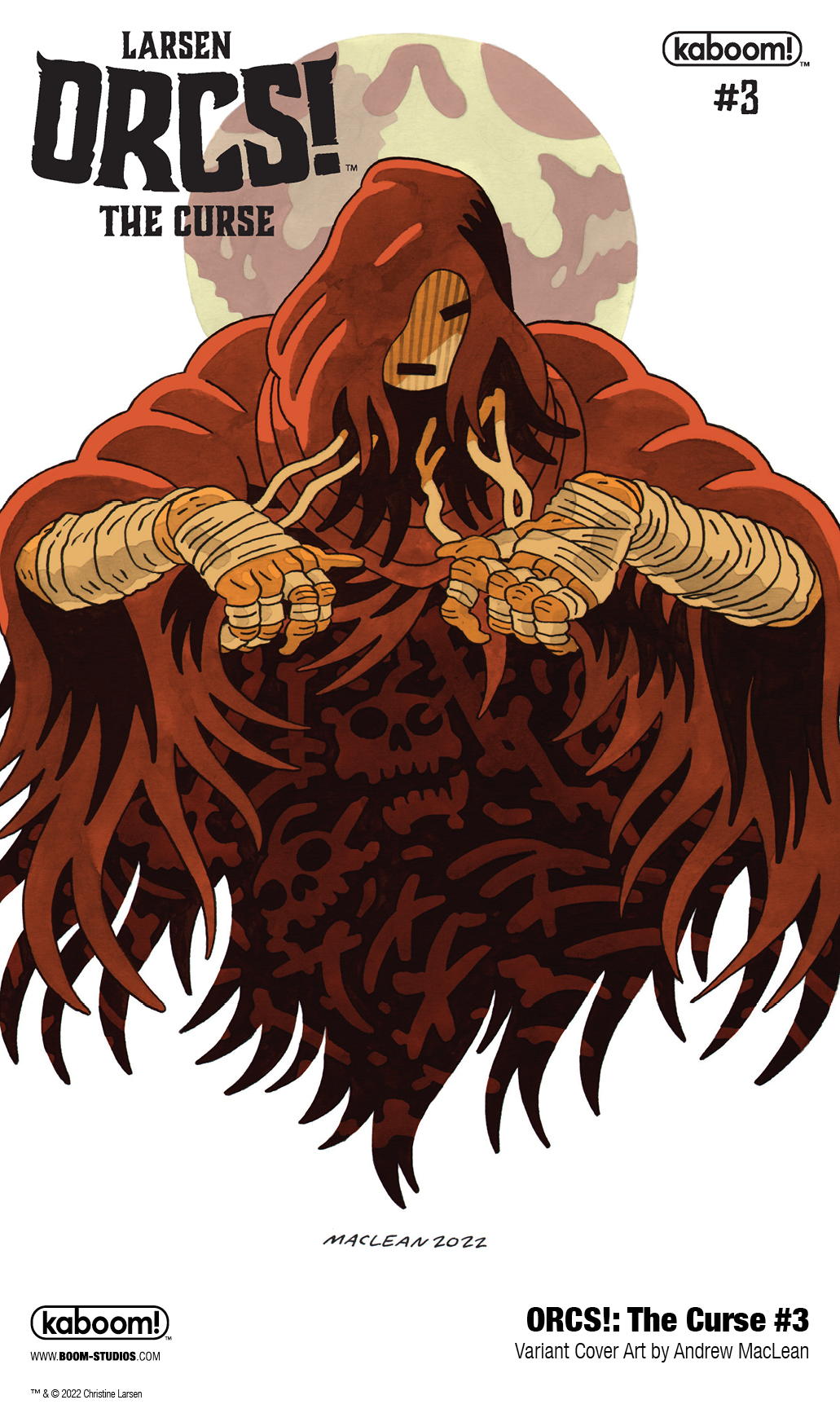 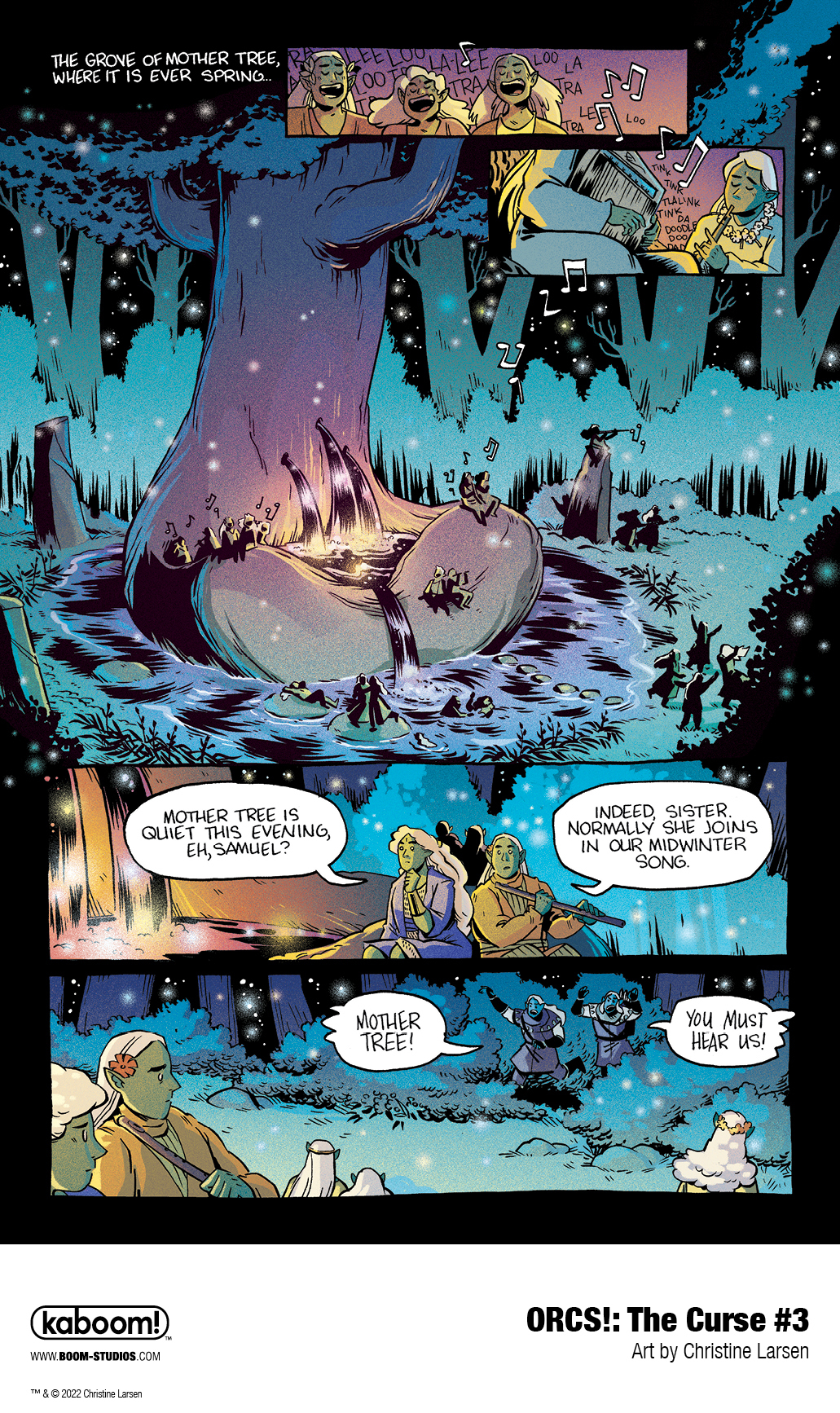 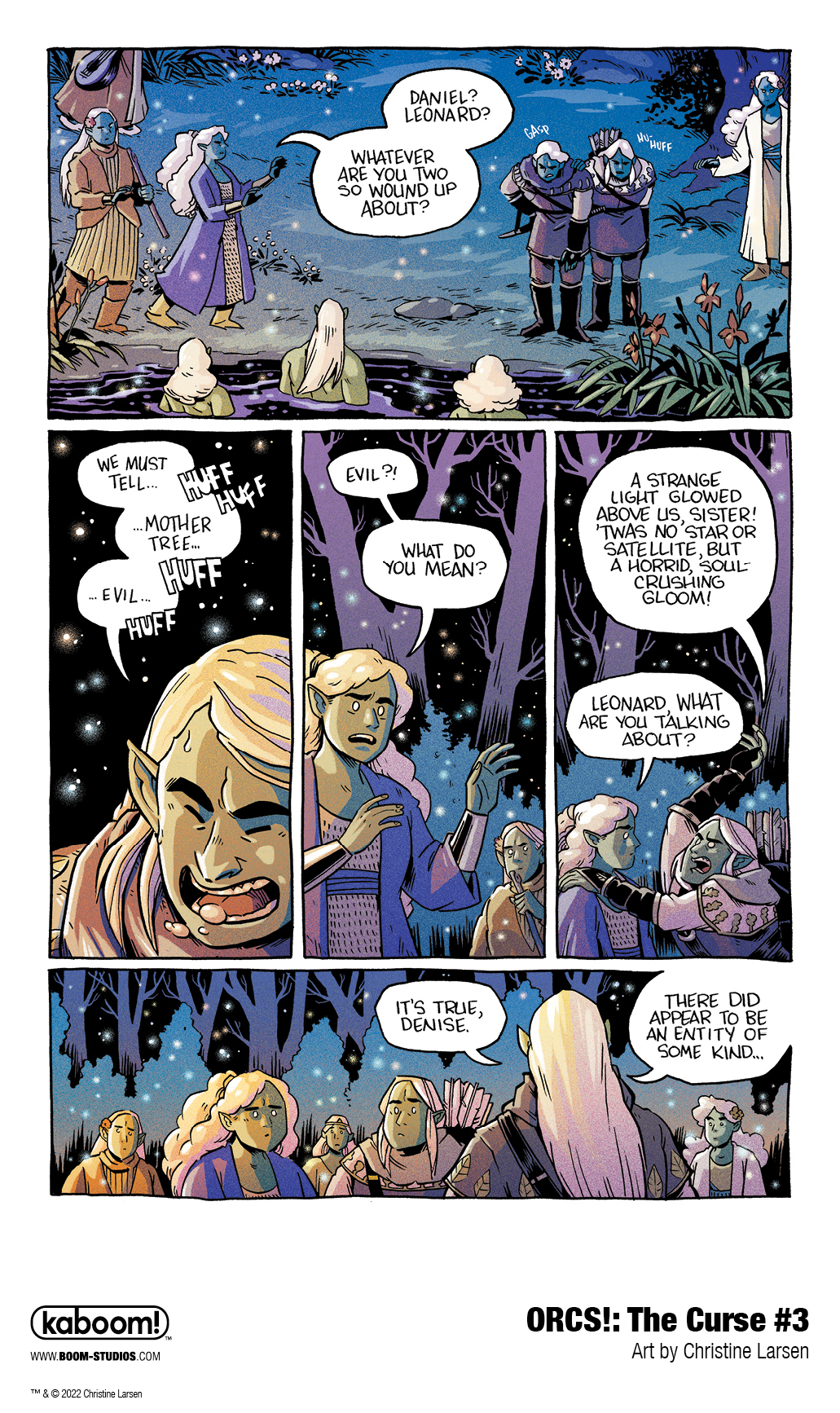 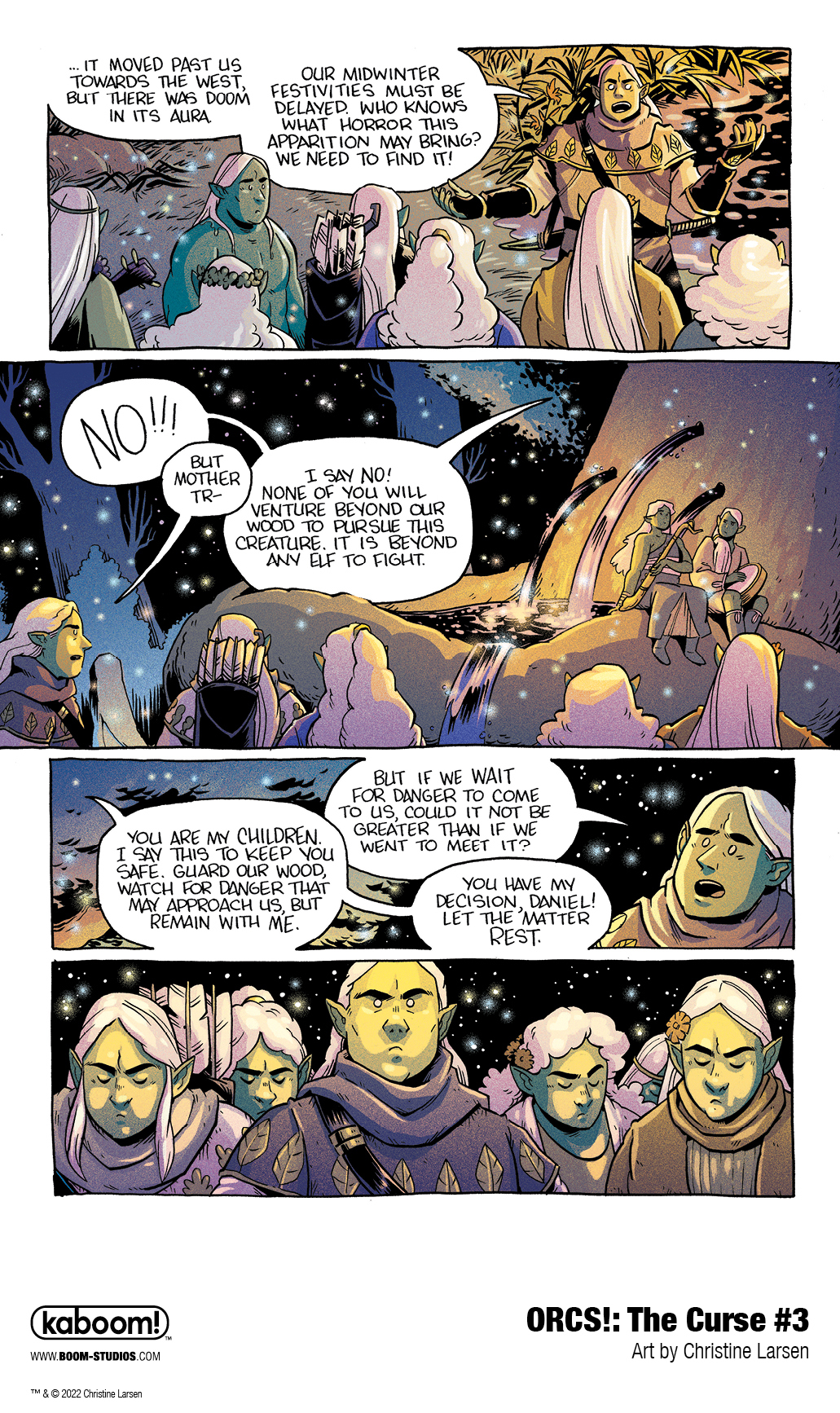