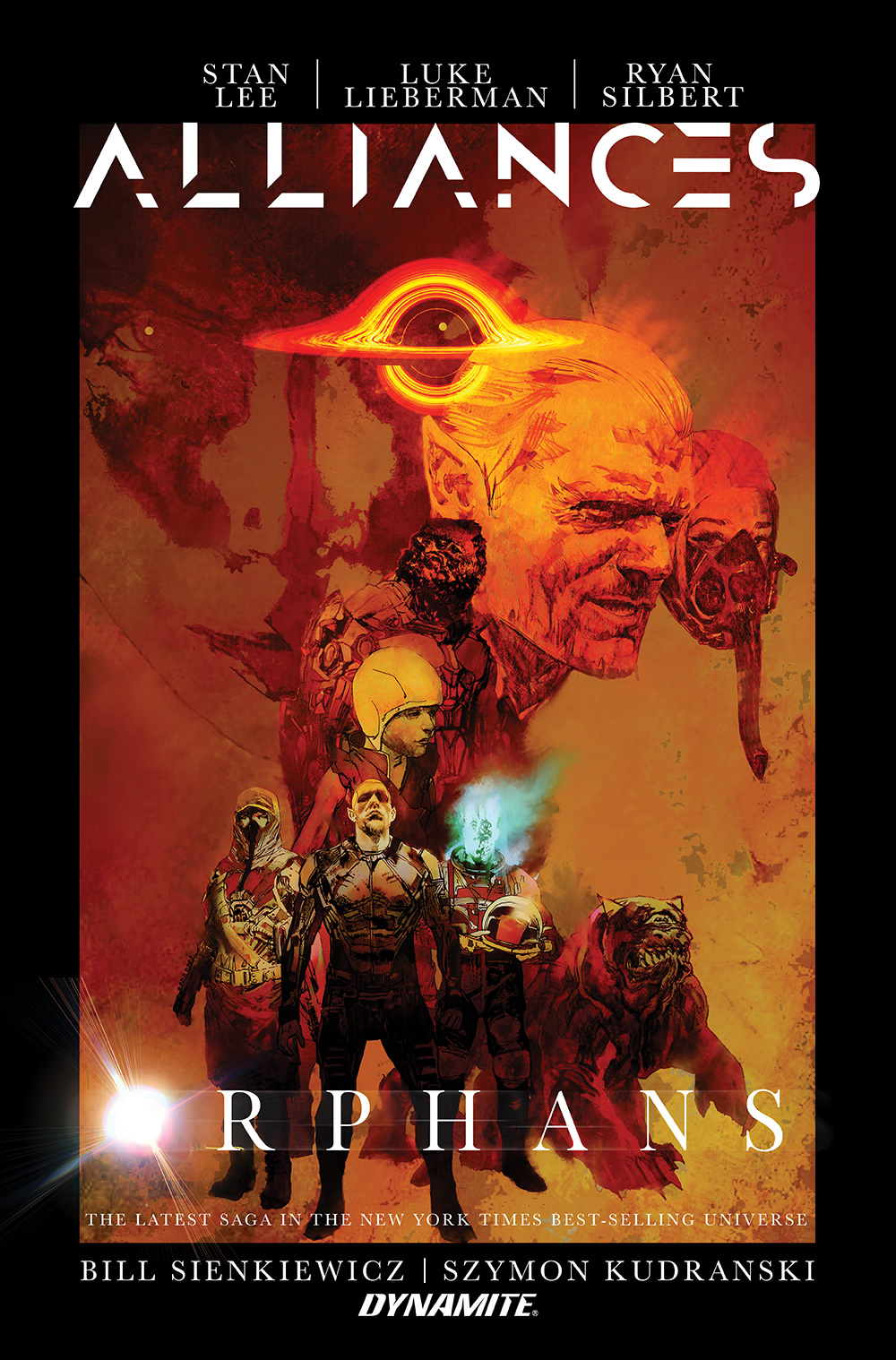 The 184-page Alliances: Orphans original graphic novel opens with Stan Lee’s “Traitor’s Revenge” prologue, one of the first pieces of the Alliances universe created and written by Stan Lee (as well as his co-creators Lieberman and Silbert) and drawn by industry luminary Bill Sienkiewicz (Moon Knight, New Mutants, Elektra and Eisner Award winner) – who also painted the cover. The core story of Orphans is brilliantly drawn by visionary artist Szymon Kudranski, beloved for his work on Superman Action Comics, Spawn, Punisher, and more. While Lieberman (Red Sonja) and Silbert (The Coldest Case) contribute writing throughout.

Stan Lee’s “Traitor’s Revenge” is the prologue to the Alliances: Orphans graphic novel and the title pays homage to Lee’s early work in Captain America #3. As fans know, this year would mark Lee’s 100th birthday.

Following the New York Times bestselling debut of the Alliances’ Audible Original A Trick of Light and its best-selling prequel A New Reality, the Alliances: Orphans original graphic novel introduces fans to a diverse cast of characters hurtling through a new saga. William Ackerson is a man lost in space on a quest to find the source of his uncanny abilities. He’s joined by a crew wherein each member is the last of their kind, with the evil alien Hive having wiped out all their kin. Little Boy is the giant childlike leader of the Orphans. Haze is a caustic creature of pure vapor. Rascal is a self-loathing zealot with dark secrets. Then there is Critter, a monster with a puppy-like demeanor. Lastly, the mysterious stowaway Samsi is the fearsome survivor of a civilization that once ruled the galaxy.

Together, this ragtag group will adventure through a fast-paced intergalactic treasure hunt across the cosmos. As gravity waves ripple across the galaxy, warping time and space around them, the Orphans must band together and become a family to save the very fabric of reality.

The Alliances world came to be from the dearly departed Stan Lee’s question of, “What is more real, a world we are born into or one we create ourselves?” Figuring out how technology shapes reality and identity was key in the expansion of this new universe of stories and characters. Years in the making, writers and longtime Lee collaborators Luke Lieberman and Ryan Silbert co-creators of Alliances are now expanding the foundation set from their work with Stan and carry the franchise into further stories.

Luke Lieberman and Ryan Silbert, Alliances universe co-creators and co-writers of the Alliances: Orphans graphic novel, stated: “When we would discuss cosmic storytelling with Stan, he would often look up, point toward the sky and then, when the idea came to him wave his hand like a magician. Bringing Orphans to life in this new project, and expanding Alliances into the stars, is something we know fans have been anticipating for years. This is that moment.”

“We’re excited at Dynamite to help expand the Alliances universe with this ​highly anticipated graphic novel,” said Nick Barrucci, Dynamite CEO and Publisher. “Working with Luke, Ryan, and everyone involved, to our wonderful artists the legendary Bill Sienkiewicz and the talented Syzmon Kudranski, we’re building a truly inspiring tapestry. It is incredible fortune that this all happens to be coming together the same year that would be Stan Lee’s centennial, a man whose influence on this project and all of us is practically boundless.” 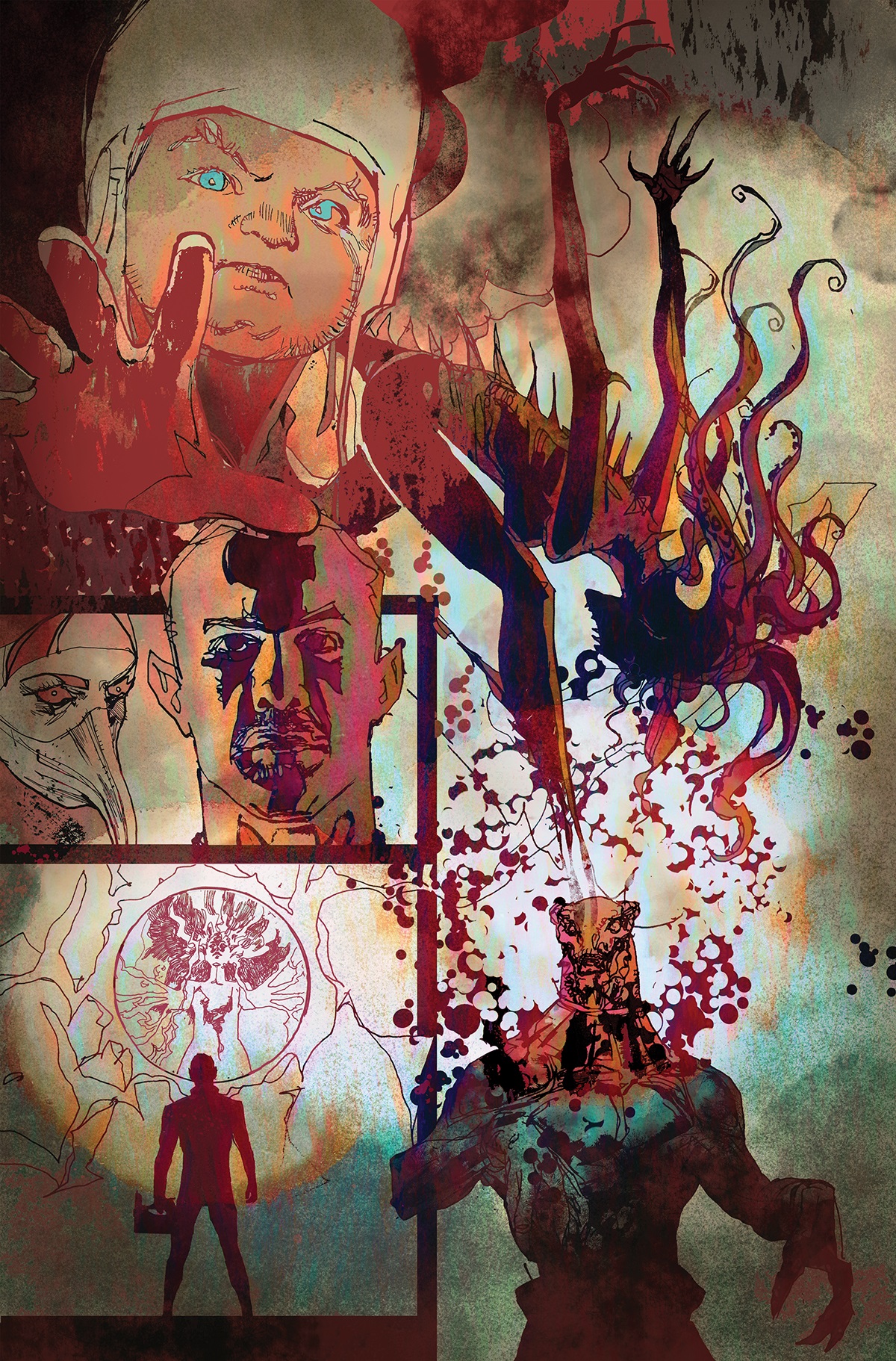 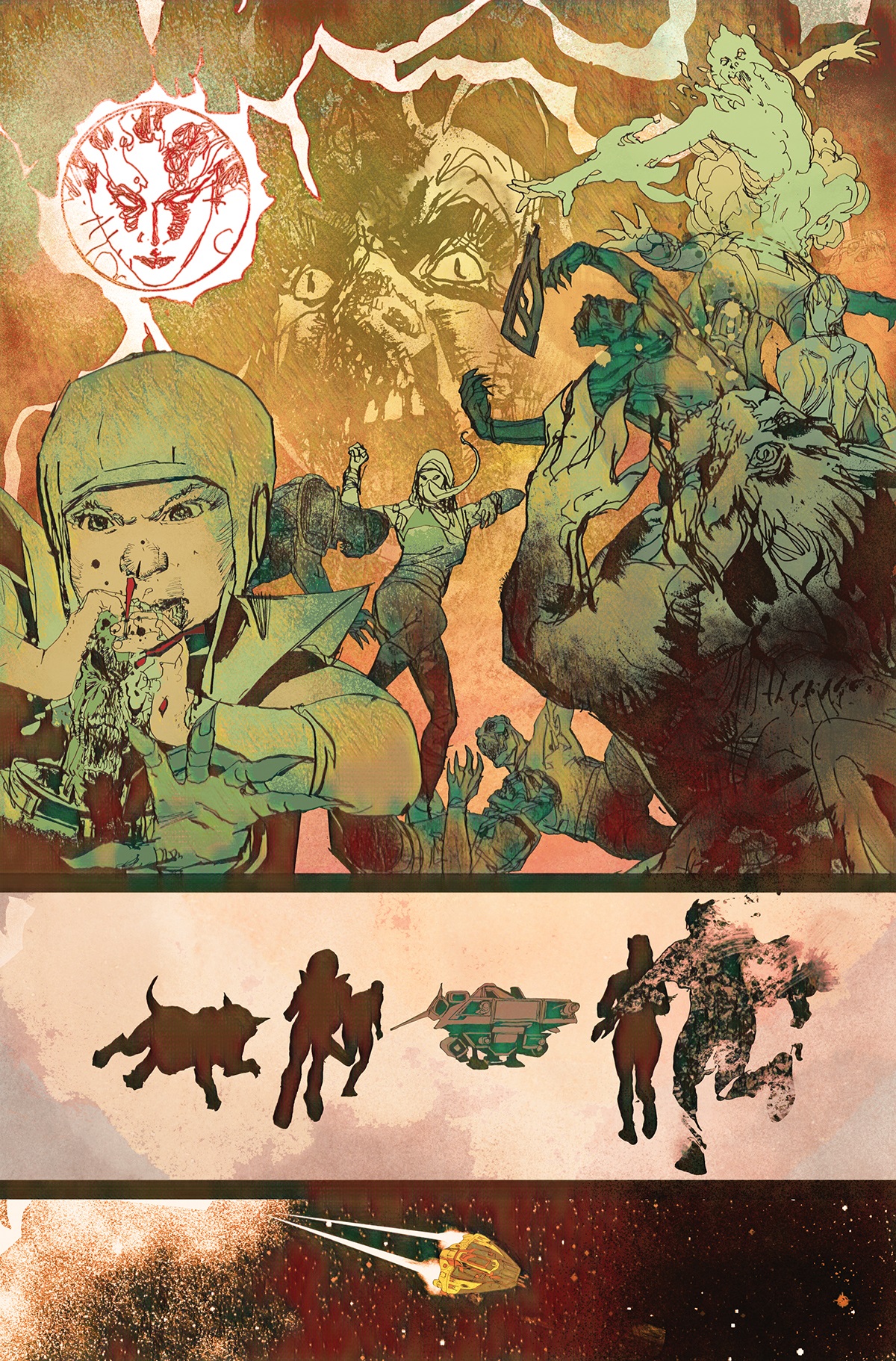 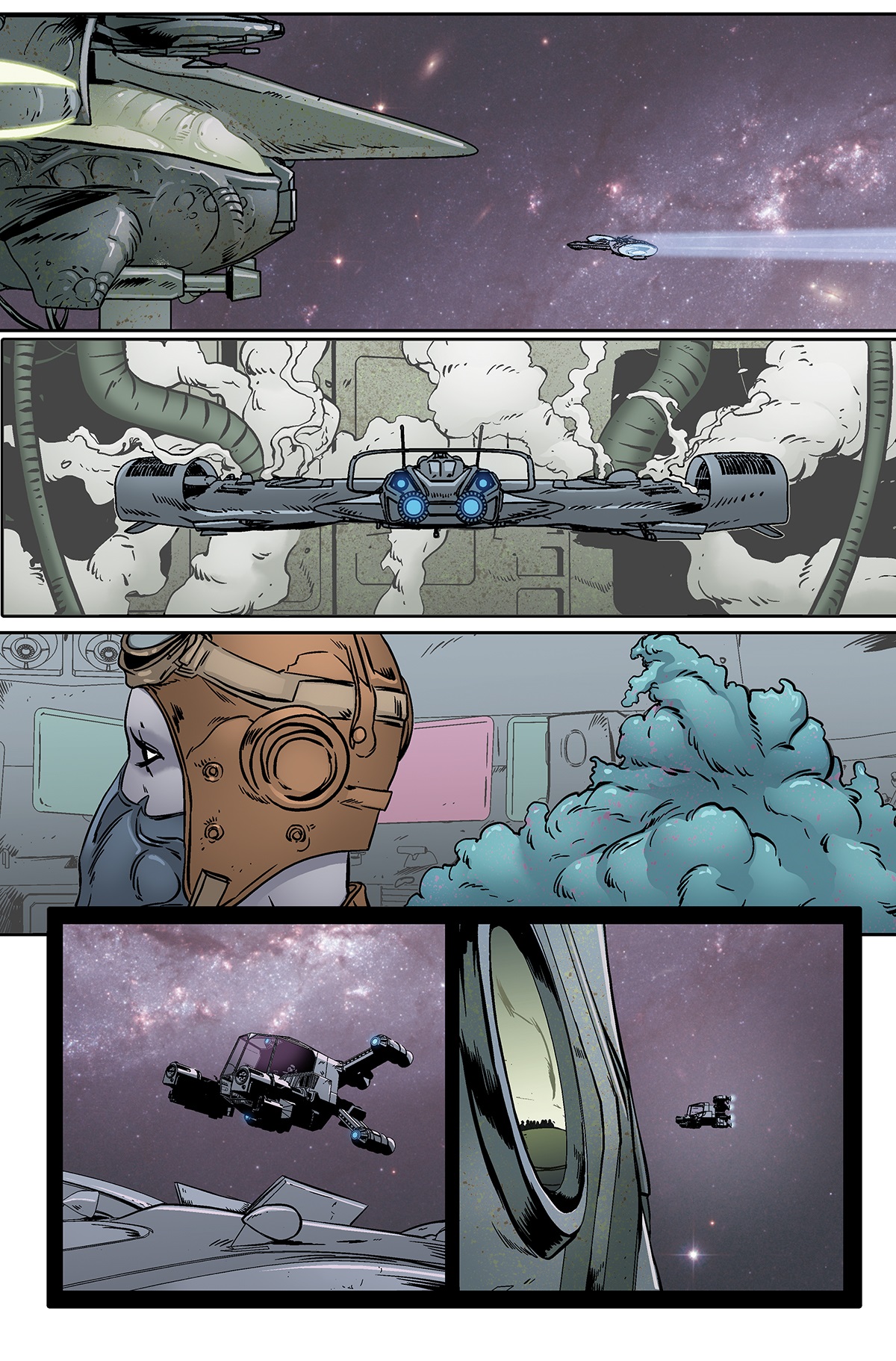 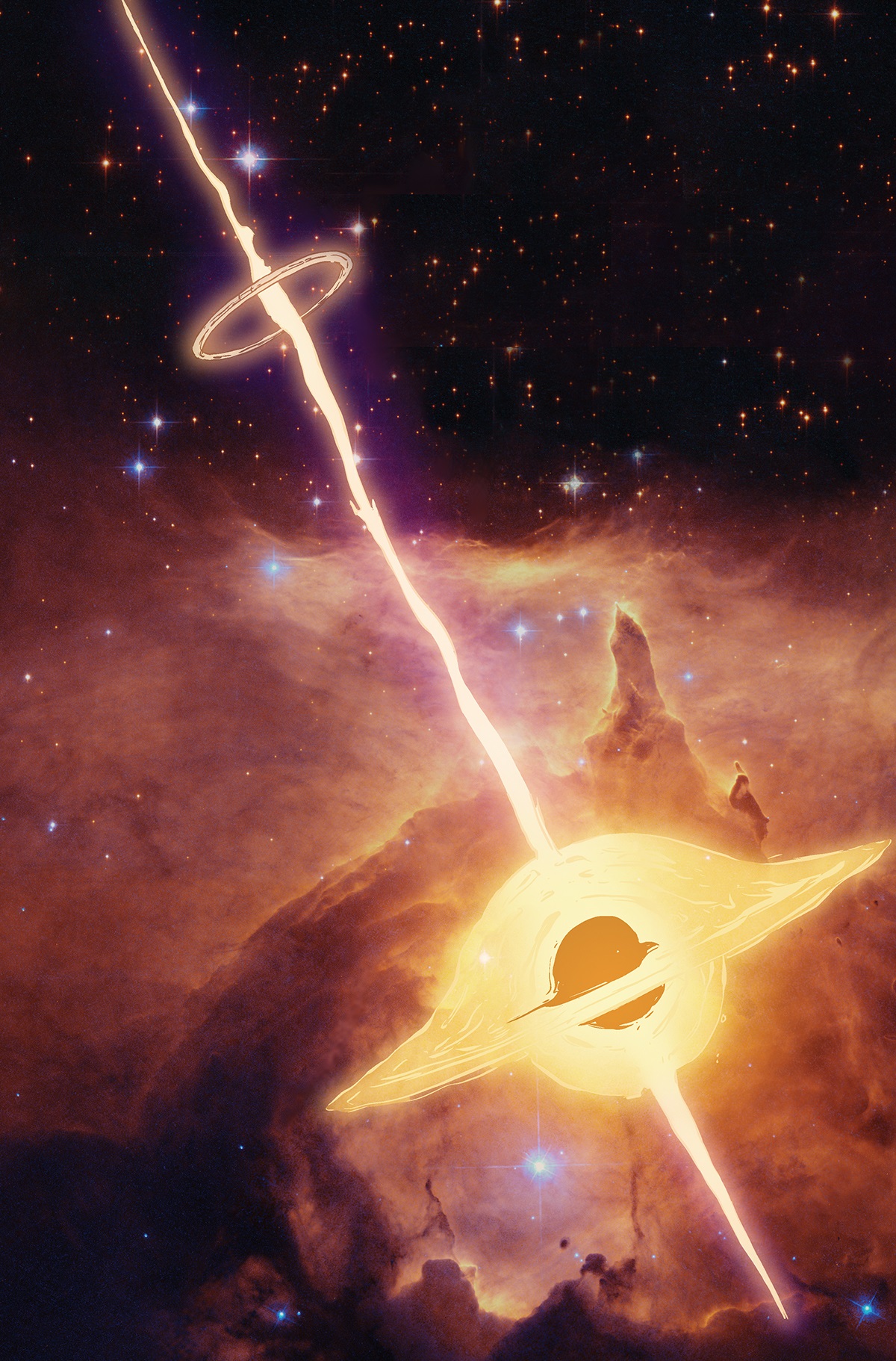 Alliances: Orphans is set to release October 5, 2022, as a 184-page hardcover presentation. Fans of Stan Lee, science fiction, and exciting new worlds are invited to check out this groundbreaking story, with even more to come from the world of Alliances across all media.