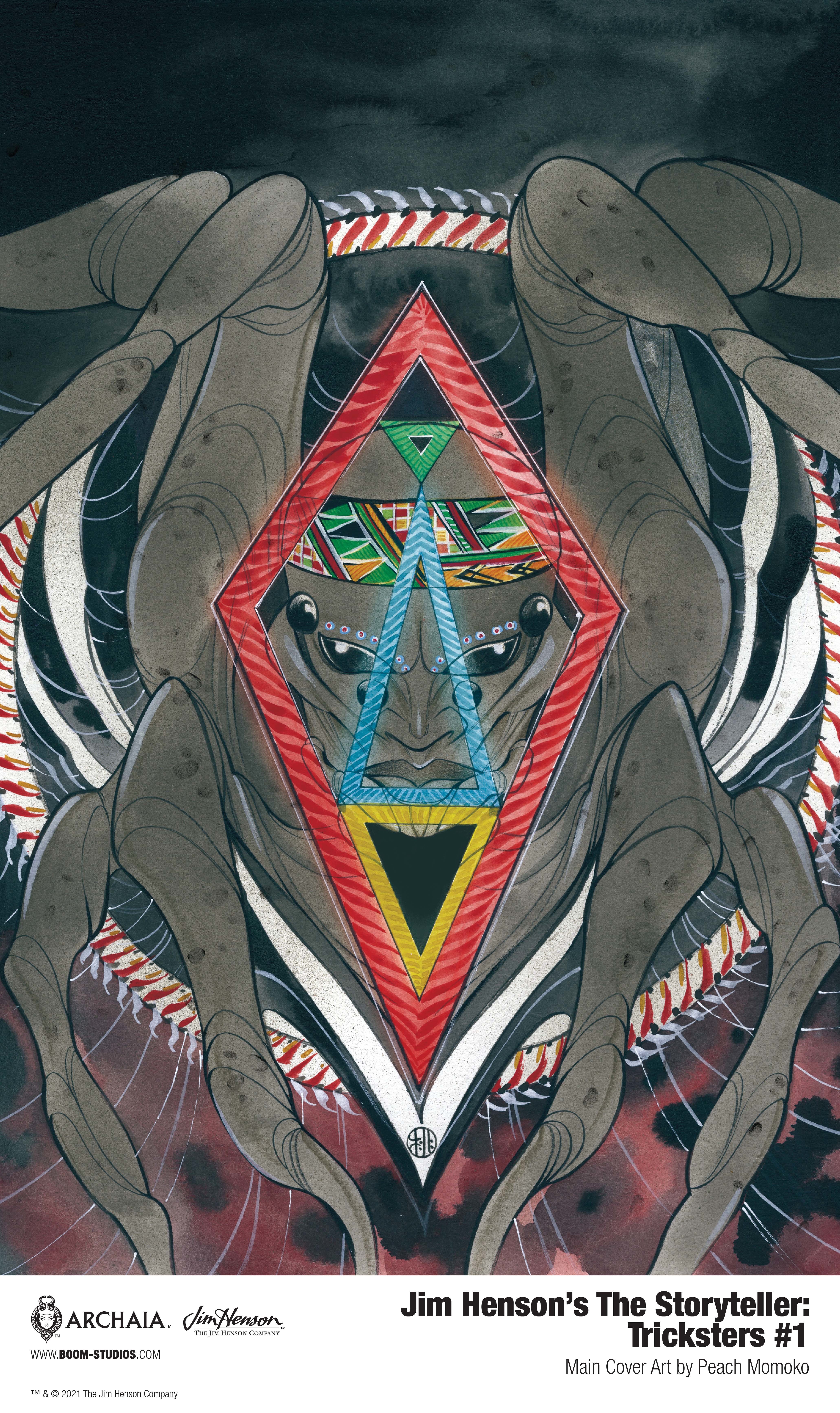 LOS ANGELES, CA (February 5, 2021) – BOOM! Studios announced today the creative teams for all four issues of JIM HENSON’S THE STORYTELLER: TRICKSTERS, a comic book series based on the Emmy Award-winning classic television show, Jim Henson’s The Storyteller, presenting several extraordinary folk tales of legendary tricksters from the four corners of the world. Each issue will feature a new creative team, with the first issue, by writer Jonathan Rivera (Cave Carson Has a Cybernetic Eye), artist Jade Zhang, and letterer Jim Campbell, featuring the most famous trickster of all—Anansi, available in March 2021.

Fans of this fantastical series can also look forward to even more stories about their favorite tricksters of legend with the second issue, written by The New York Timesbestselling YA author Jordan Ifueko (Raybearer) and illustrated by rising star artist Erin Kubo, featuring a teen Yoruba village girl who matches wits against the great god of mischief, Eshu; the third issue, written by poet and Hugo Award-winning author Amal El-Mohtar (This is How You Lose the Time War) and illustrated by cartoonist Isa Hanssen, about the legendary fox Reynard and his scheme to get rich quick, and the fourth issue by cartoonist Robin Kaplan (The City on the Other Side) and illustrator and comics artist A.L. Kaplan featuring gods Loki and Thor as they crash the wedding of the century!

JIM HENSON’S THE STORYTELLER: TRICKSTERS is the latest release from BOOM! Studios’ ambitious Archaia imprint, home to graphic novels such as Bolivar by Sean Rubin; Mouse Guard by David Petersen; Slaughterhouse-Five by Kurt Vonnegut, Ryan North, and Albert Monteys; The Sacrifice of Darkness by Roxane Gay, Tracy Lynne-Oliver, and Rebecca Kirby; Big Black: Stand at Attica by Frank “Big Black” Smith, Jared Reinmuth, and Ameziane, We Served the People by Emei Burell, and licensed series including Lev Grossman’s The Magicians by Lilah Sturges and Pius Bak, as well as Jim Henson’s The Dark Crystal: Age of Resistance and Jim Henson’s Labyrinth: Coronation.

Print copies of JIM HENSON’S THE STORYTELLER: TRICKSTERS #1 will be available for sale on March 17, 2021 at local comic book shops (use comicshoplocator.com to find the nearest one) or at the BOOM! Studios webstore. Digital copies can be purchased from content providers, including comiXology, iBooks, Google Play, and Madefire.

For more on JIM HENSON’S THE STORYTELLER and more from Archaia, stay tuned to www.boom-studios.com and follow @boomstudios on Twitter. 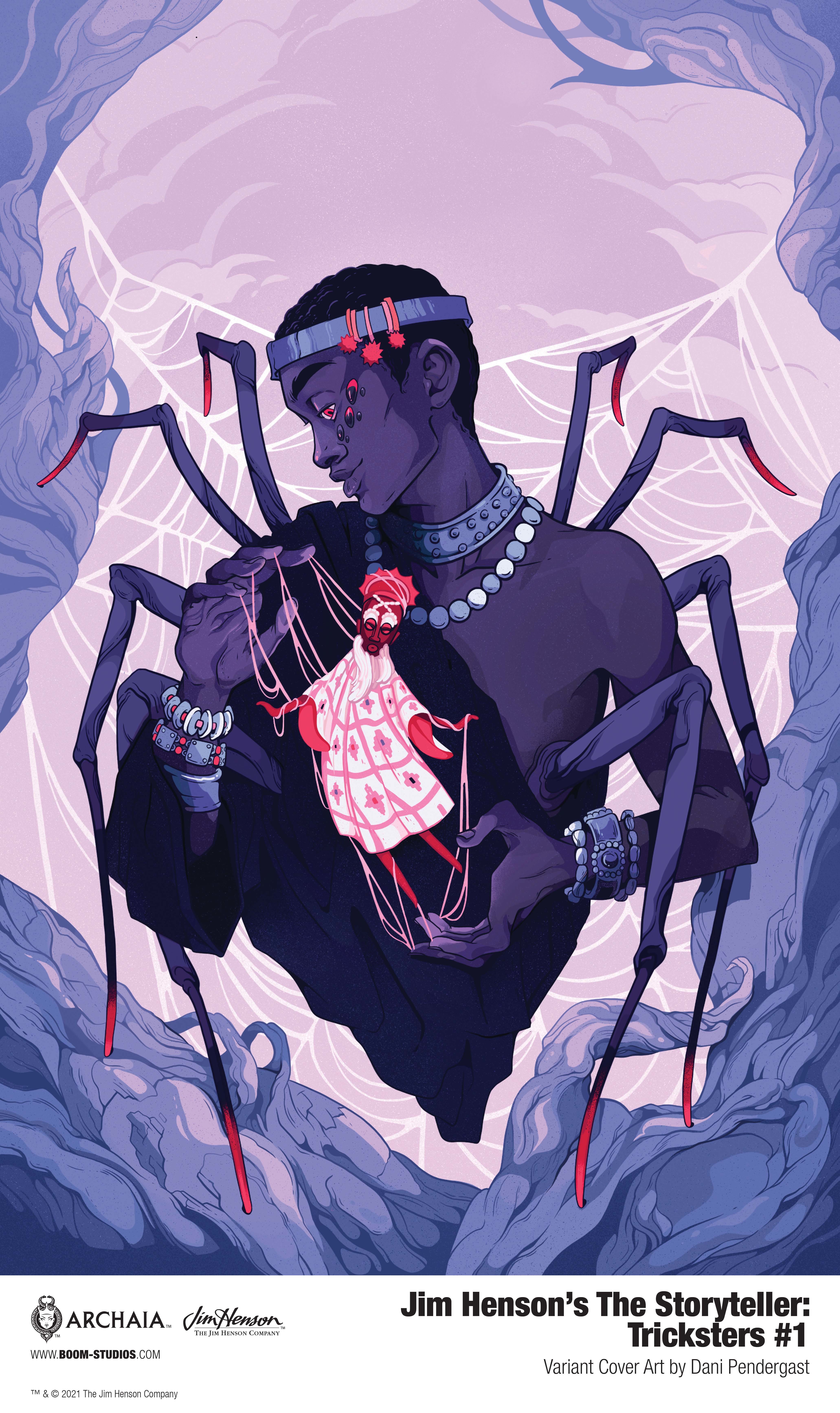 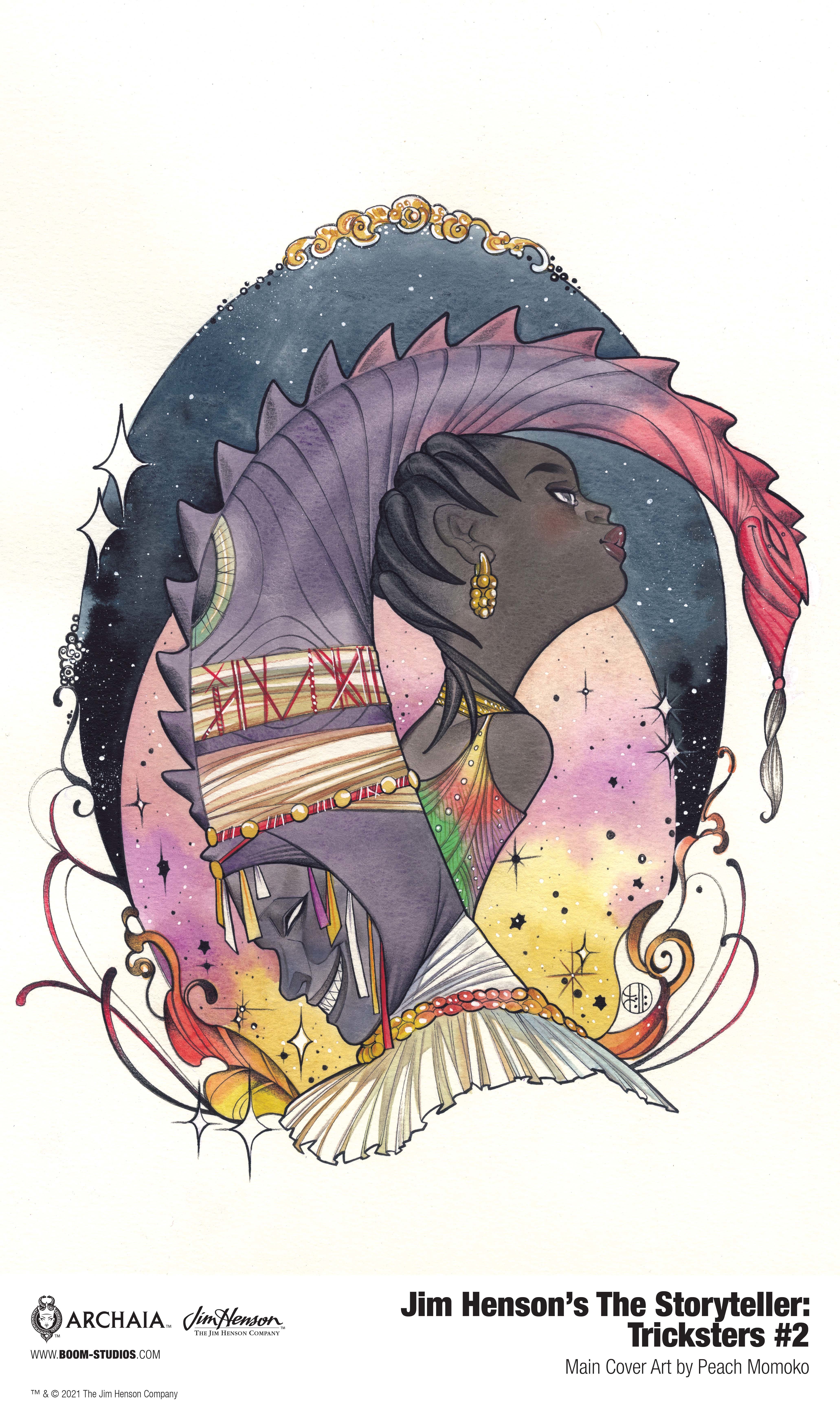 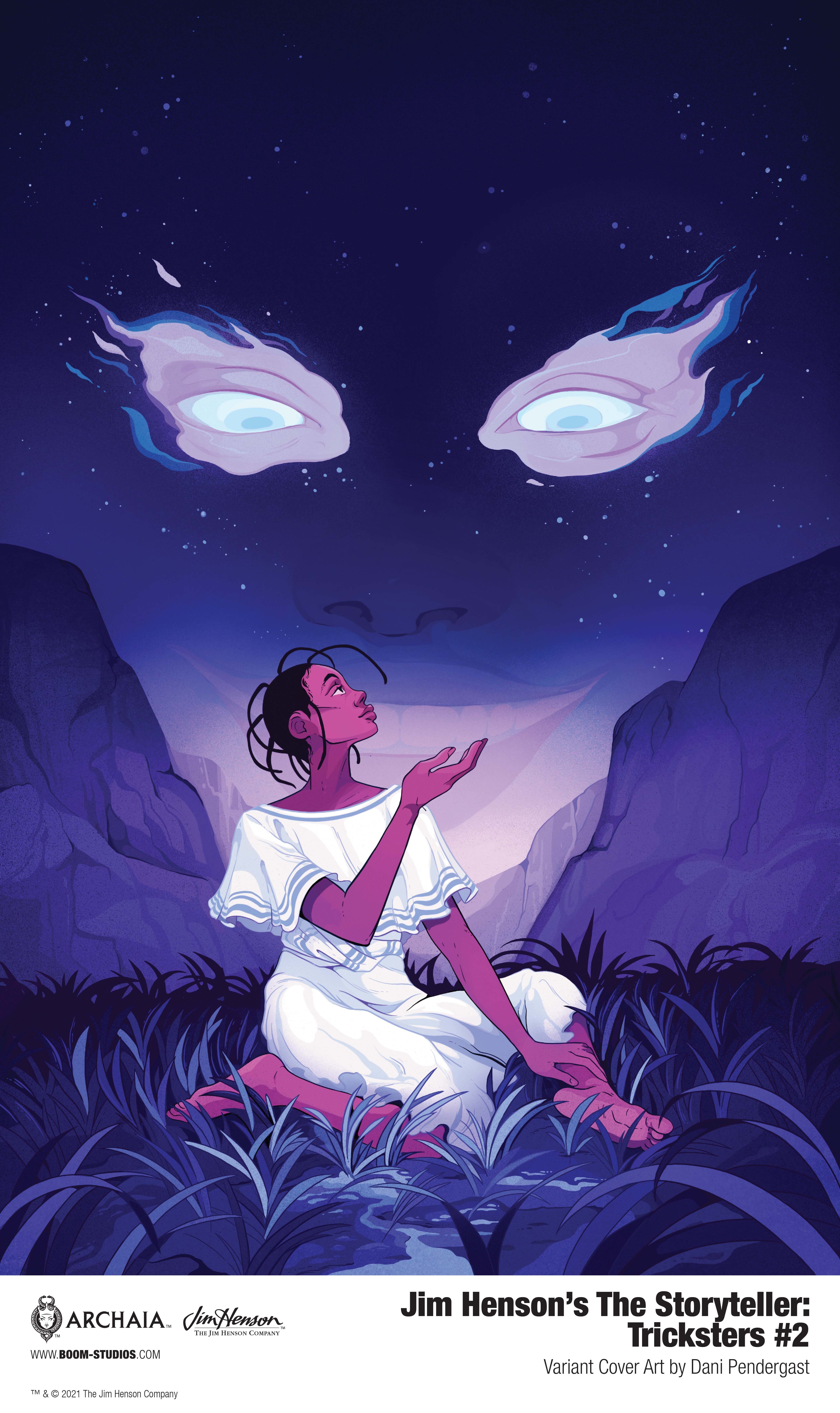 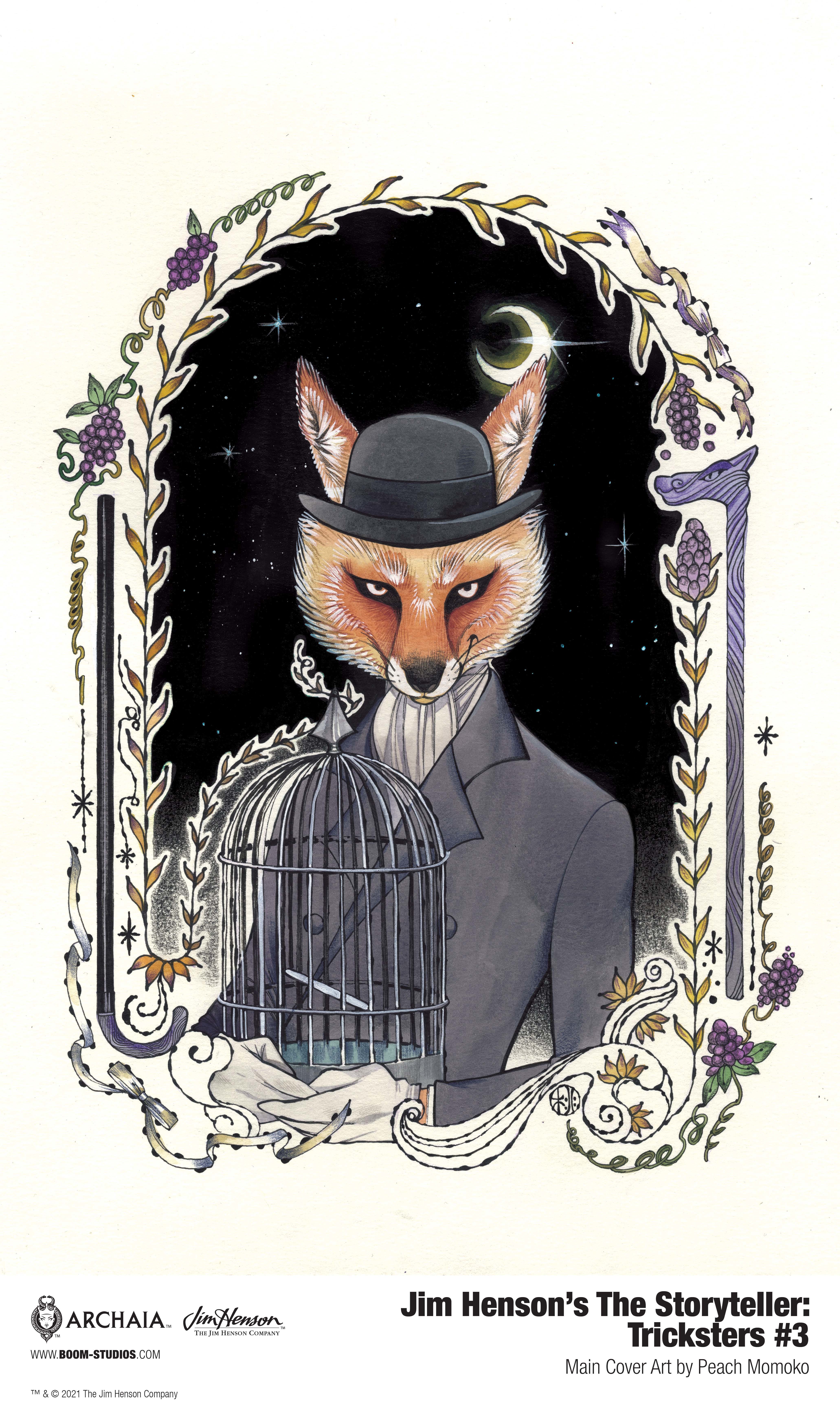 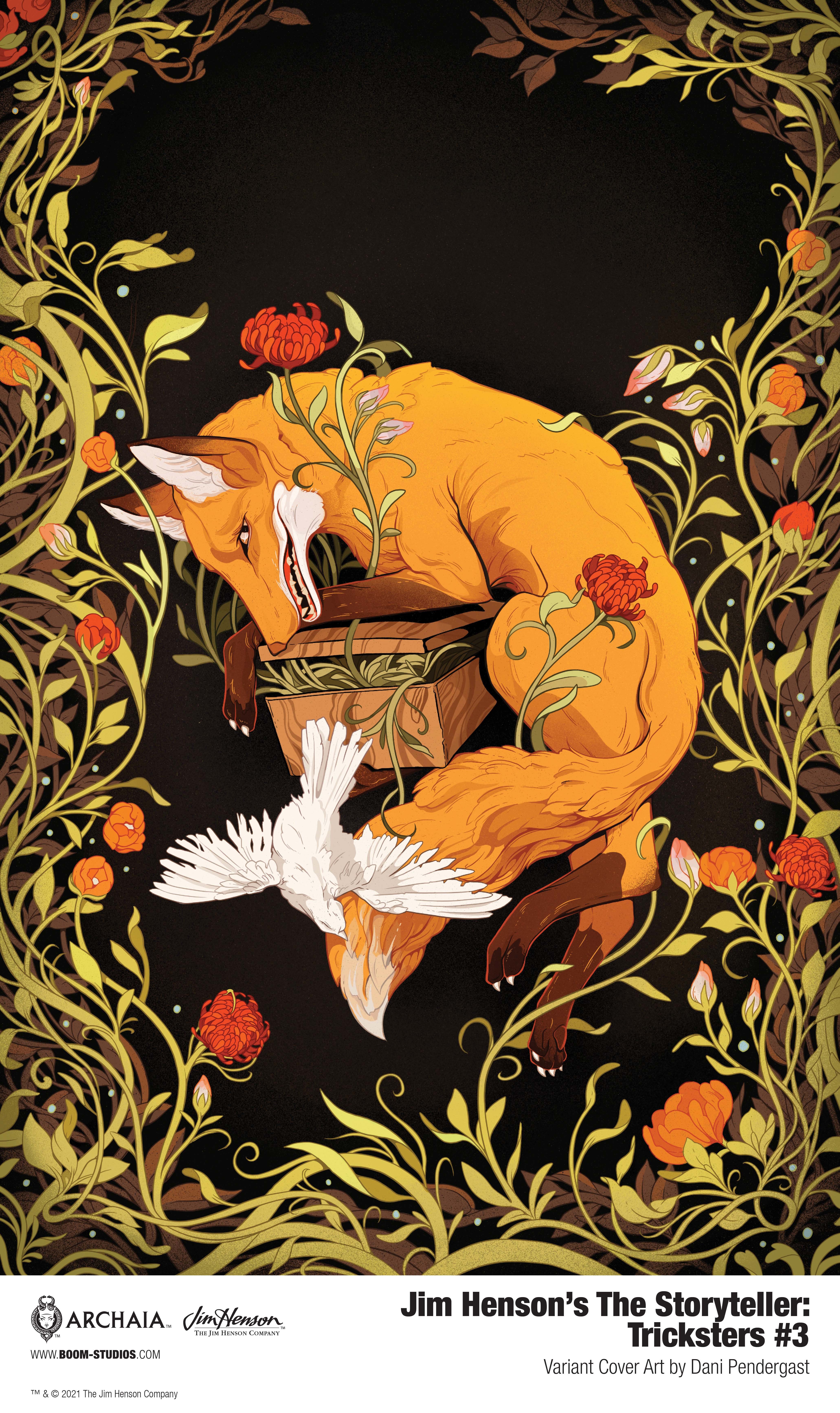