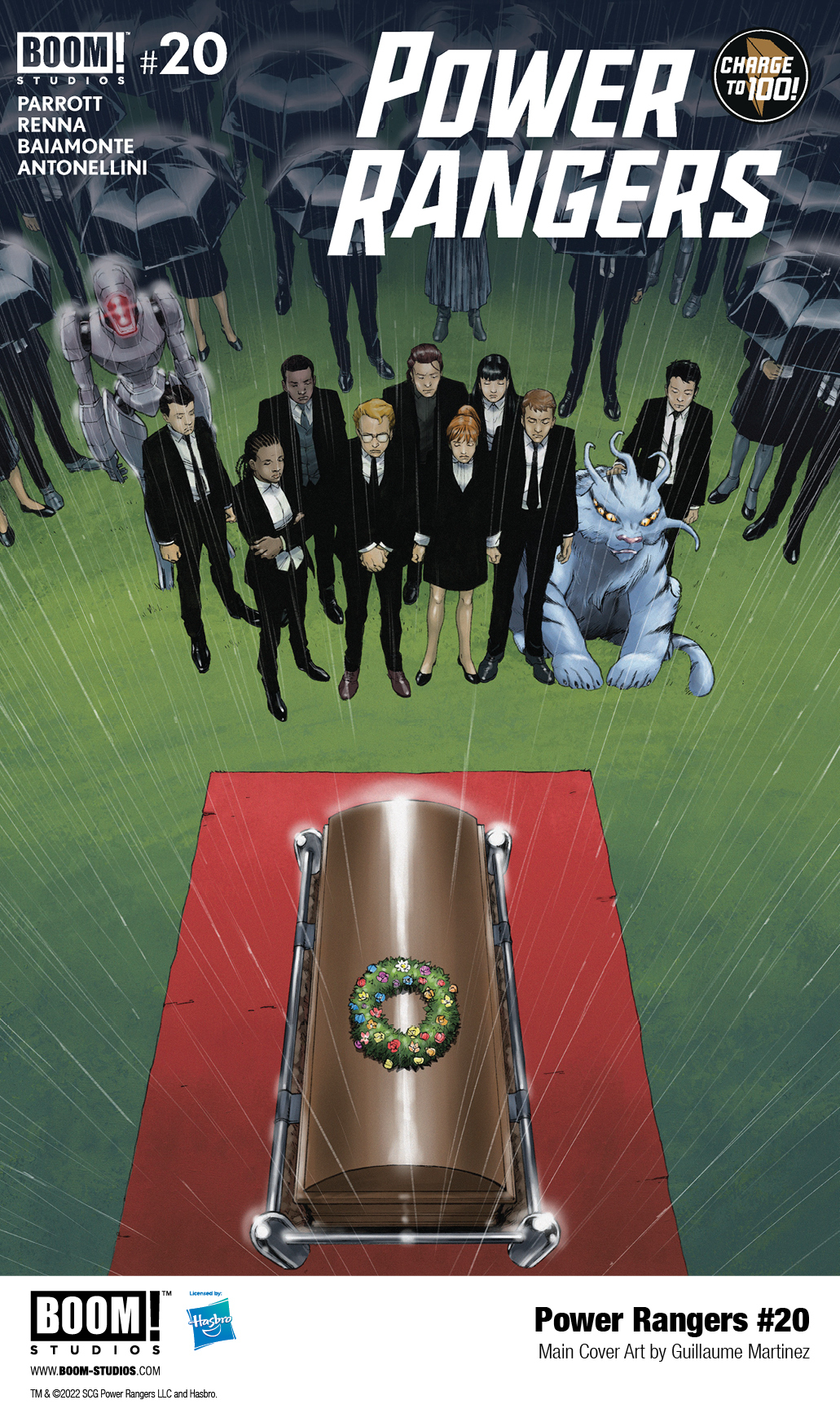 In the wake of tragedy, the Omega Rangers return to Angel Grove to reunite with some familiar faces from their past. Jason finds himself confronted by the nearly impossible challenge of balancing his life as a Ranger, and his responsibilities to his family. Meanwhile back on Safehaven, Andros and Xi interrogate a Xurix soldier for information on the attack of KO-35 – but what is Andros really looking for? And will Xi be able to handle it alone? What horrors are sealed inside of the ancient container buried deep within the OMEGA VAULT?

POWER RANGERS is the newest release from BOOM! Studios’ eponymous imprint, home to critically acclaimed original series, including BRZRKR by Keanu Reeves, Matt Kindt, and Ron Garney; We Only Find Them When They’re Dead by Al Ewing and Simone Di Meo; Seven Secrets by Tom Taylor and Daniele Di Nicuolo; Something is Killing the Children by James Tynion IV and Werther Dell’Edera; Once & Future by Kieron Gillen and Dan Mora; Faithless by Brian Azzarello and Maria Llovet; Proctor Valley Road by Grant Morrison, Alex Child, and Naomi Franquiz; The Many Deaths of Laila Starr by Ram V and Filipe Andrade; Alice Ever After by Dan Panosian and Giorgio Spalletta; and Grim by Stephanie Phillips and Flaviano. The imprint also publishes popular licensed properties, including Dune: House Atreides from Brian Herbert, Kevin J. Anderson, and Dev Pramanik; and Magic from Jed McKay and Ig Guara.

Print copies of POWER RANGERS #20  (LEGACY #95) will be available on June 15, 2022, exclusively at local comic book shops (use comicshoplocator.com to find the one nearest you) or at the BOOM! Studios webstore. Digital copies can be purchased from content providers like comiXology, iBooks, Google Play, and Kindle. 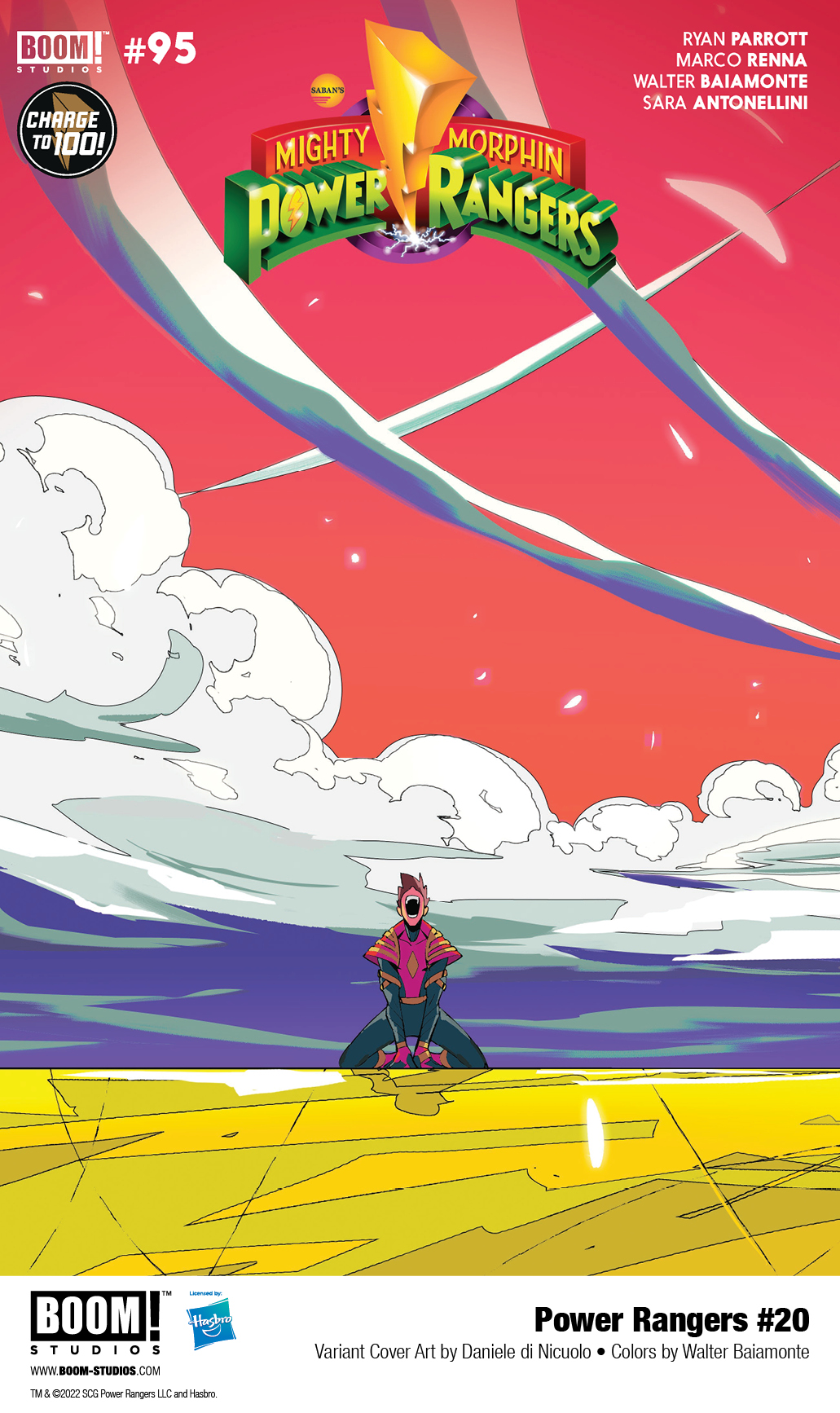 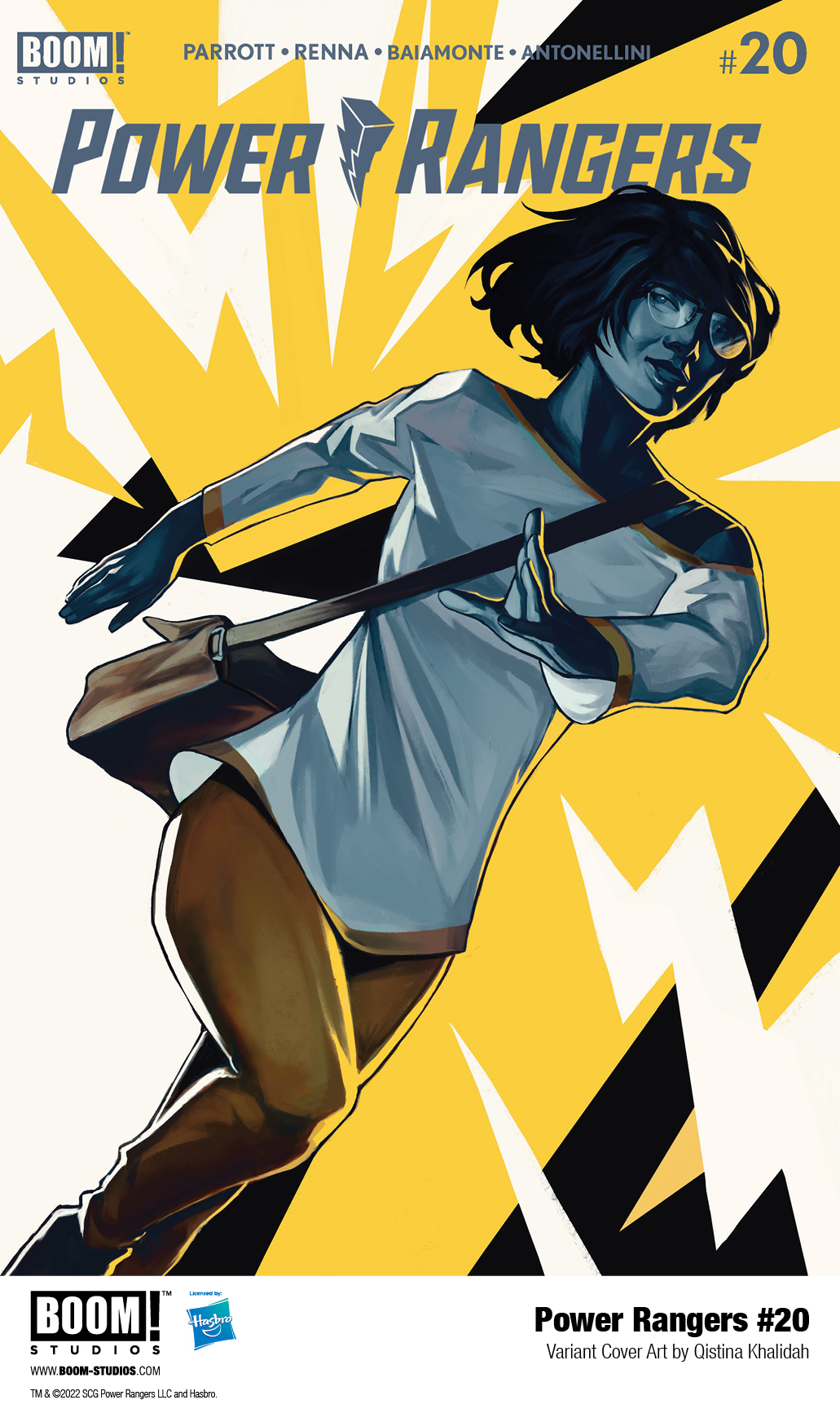 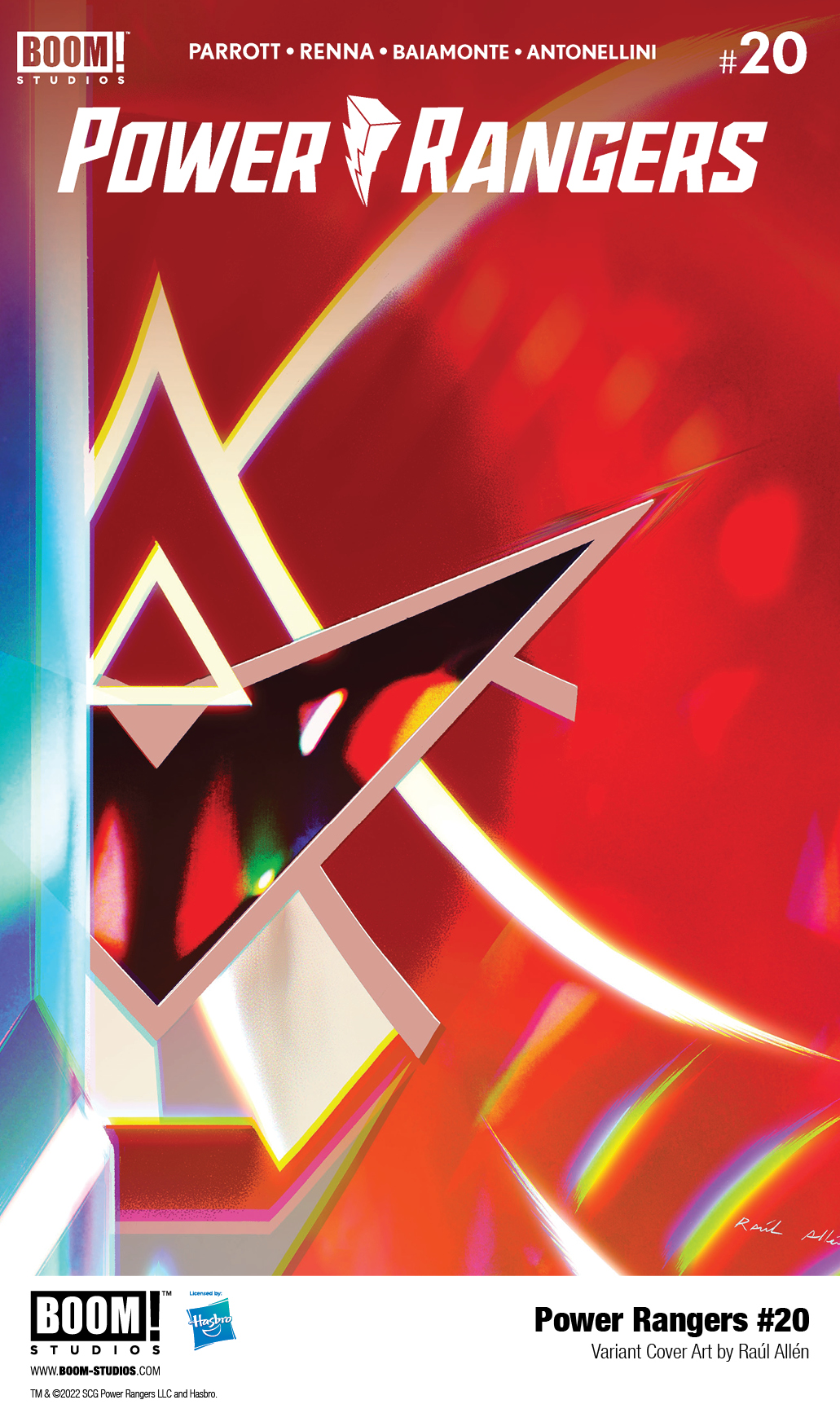 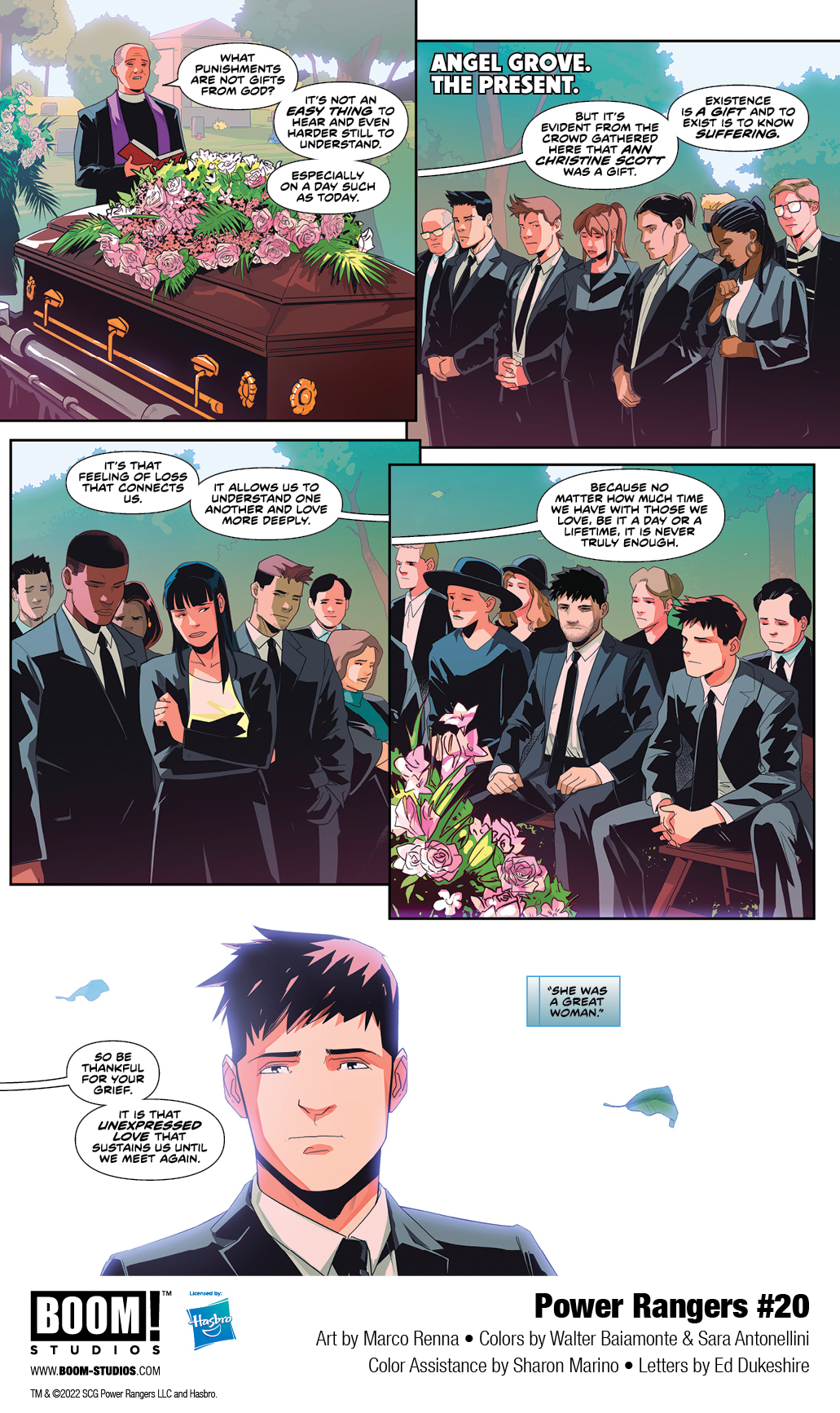 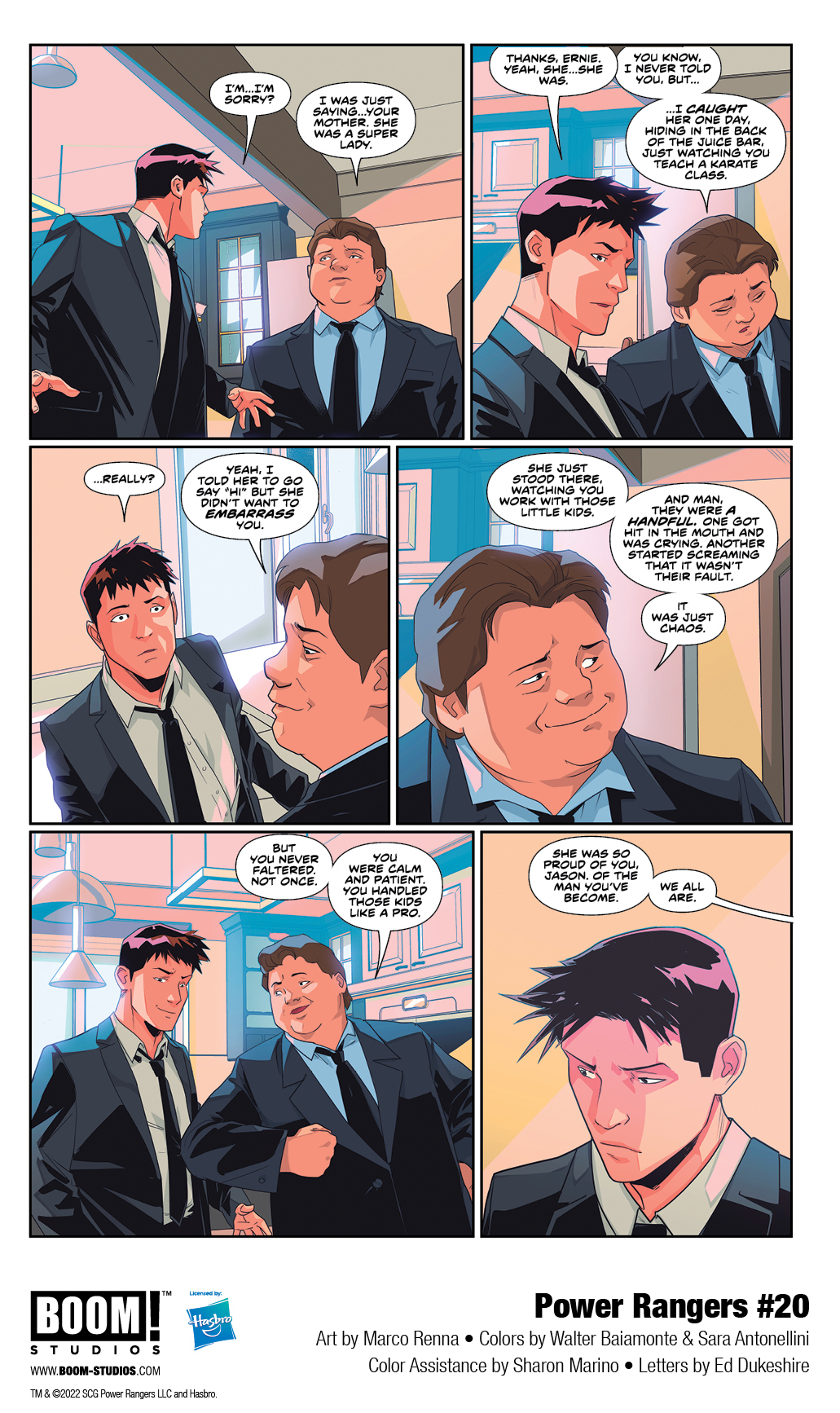 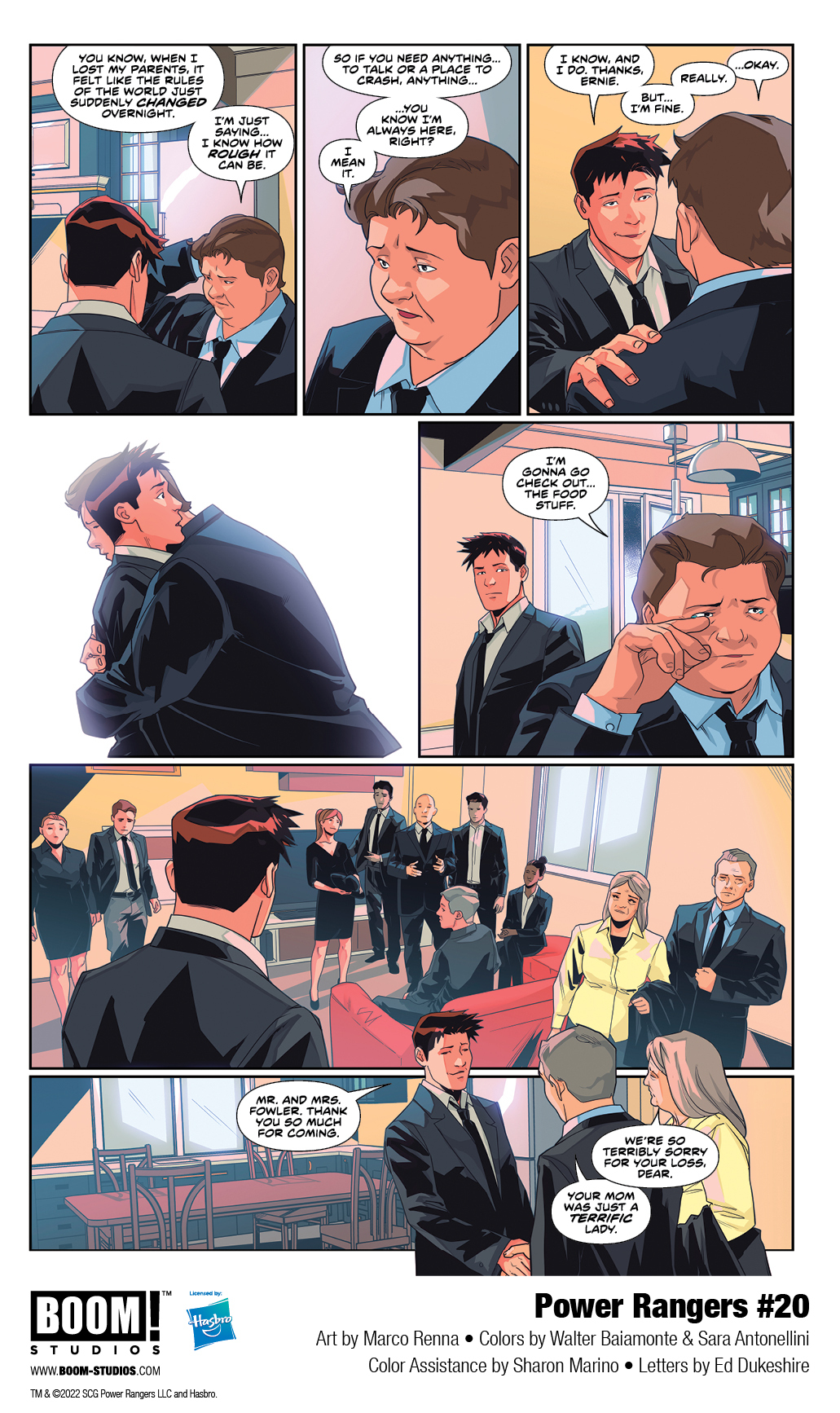 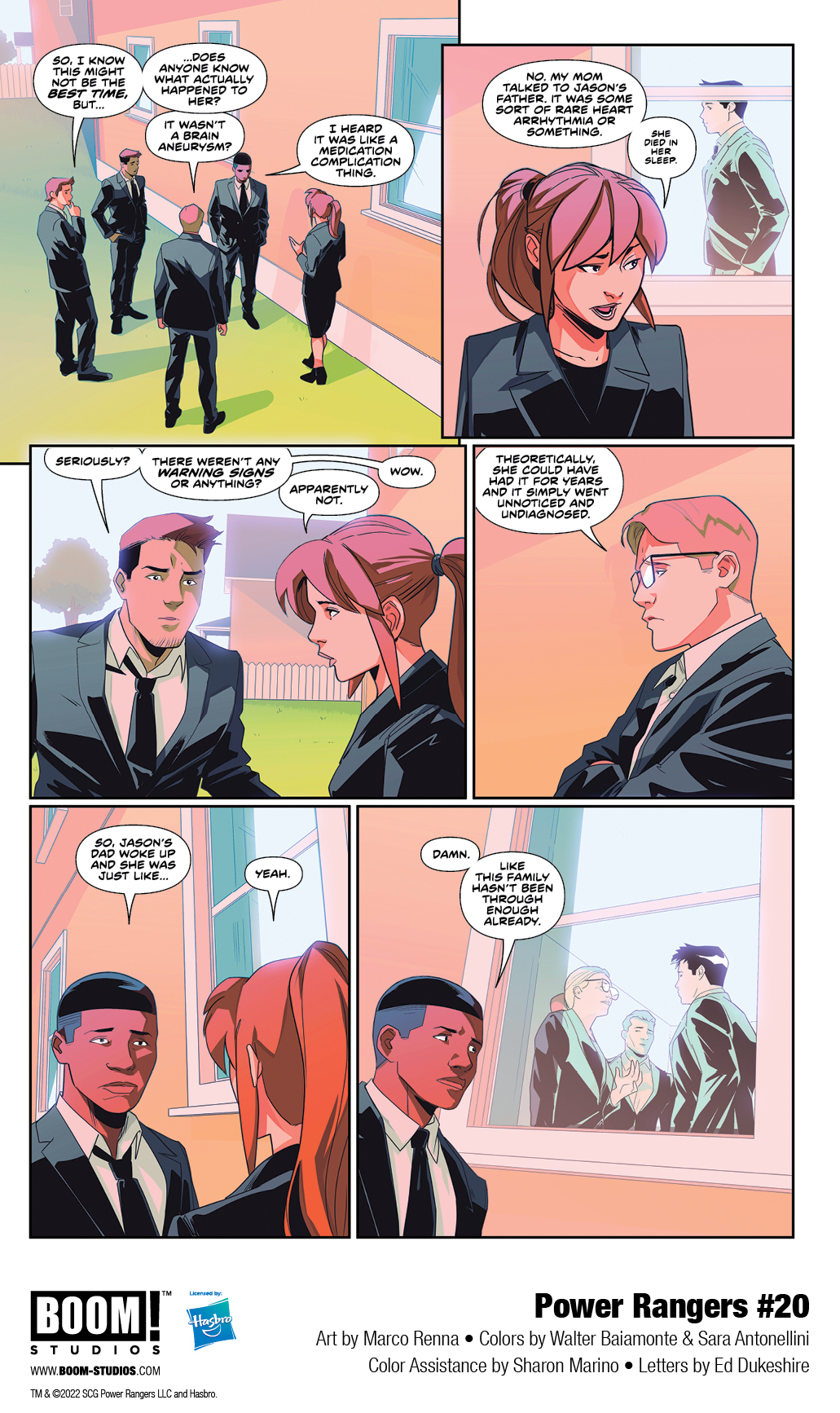 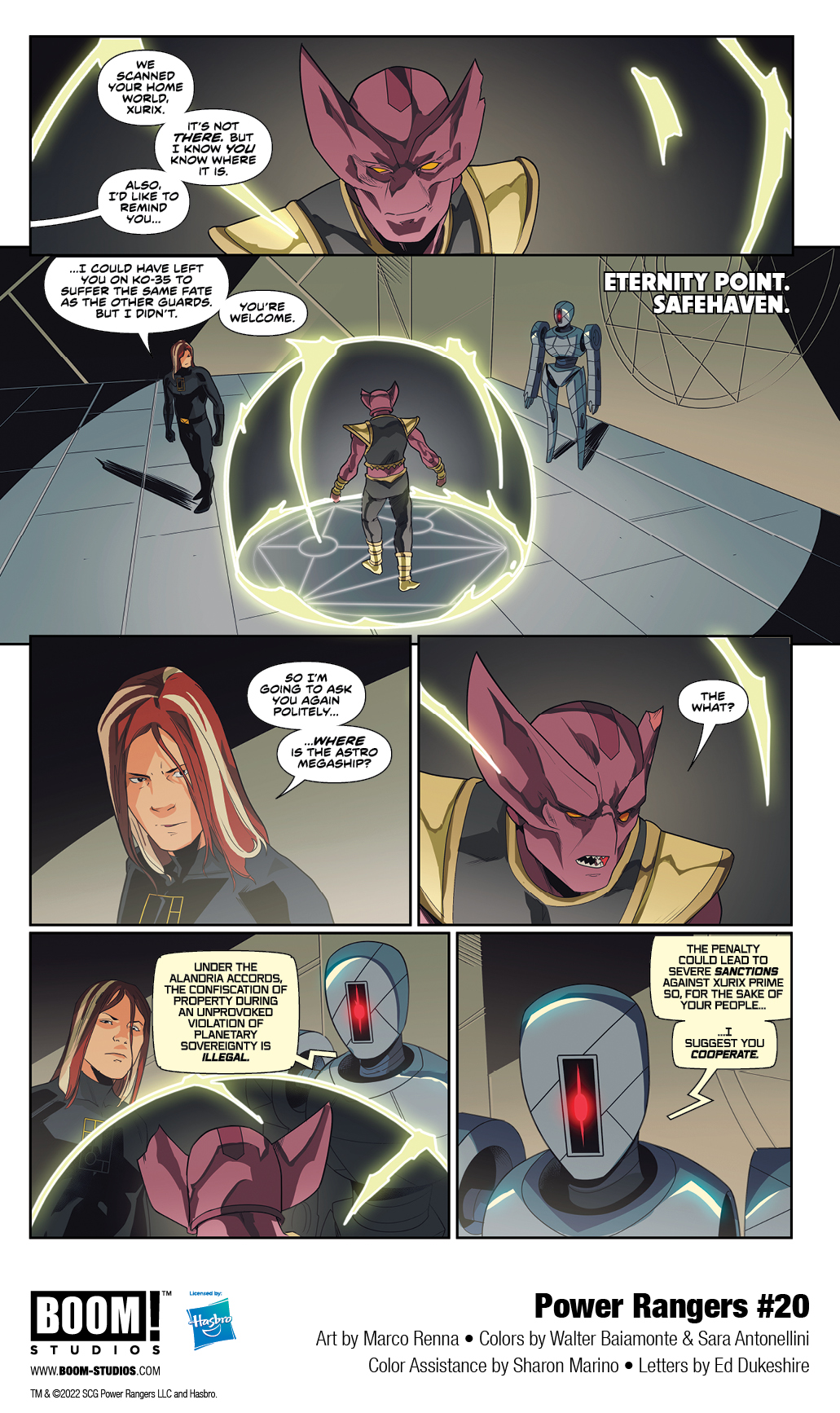