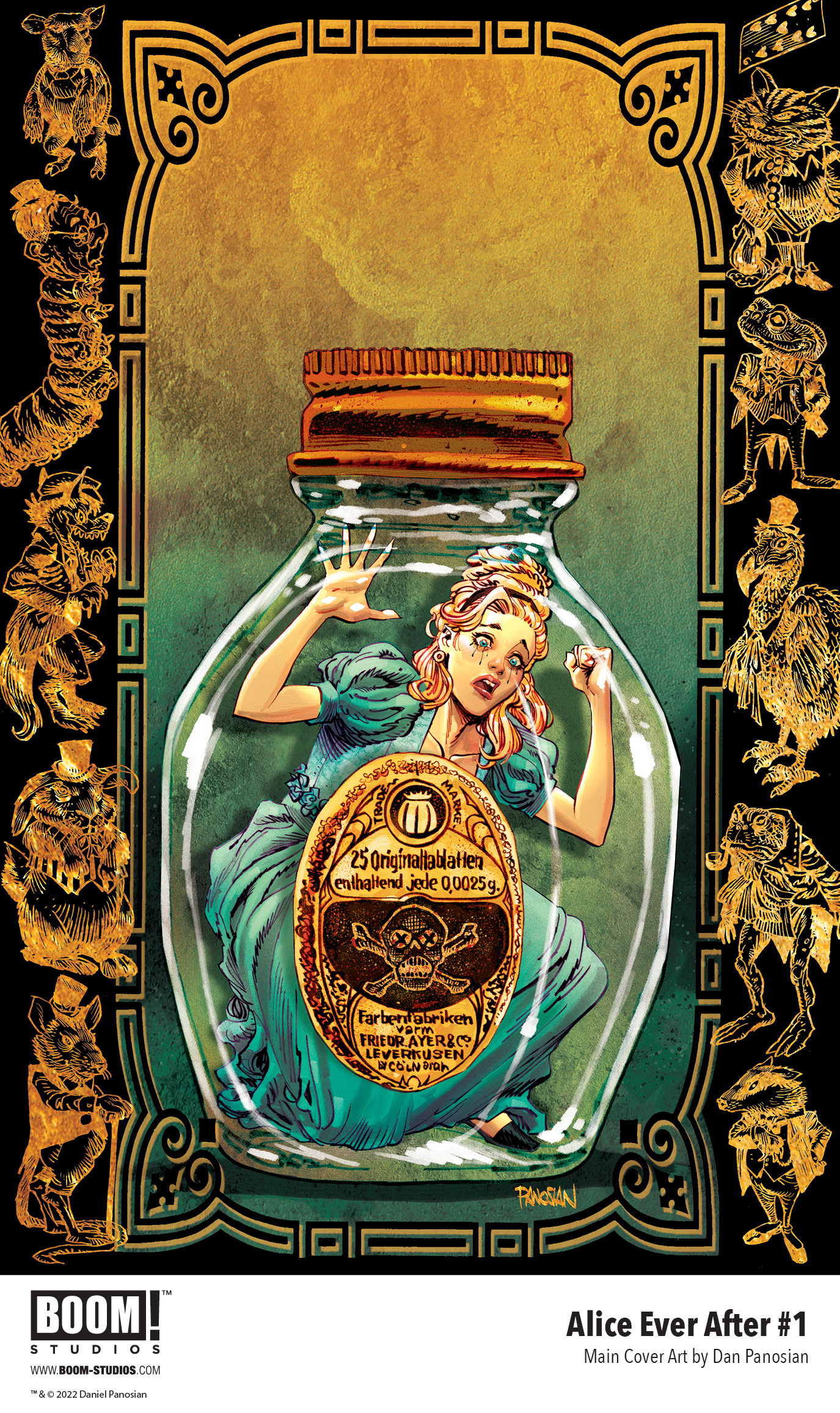 LOS ANGELES, CA (January 19, 2022) – BOOM! Studios today announced ALICE EVER AFTER, a new five-issue original series from superstar artist and writer Dan Panosian (An Unkindness of Ravens, Canary), artist Giorgio Spalletta (Red Sonja: Black, White, Red), and colorist Fabiana Mascolo, a darkly surreal tale of an adult Alice as she struggles with a choice between facing her trauma in the real world, or escaping to Wonderland… for good. Available in April 2022.

Alice first visited Wonderland as a child. Now grown up, it’s become her only escape from a cold, harsh world that feels even less real—a distant family, a tormented lover, and a father with secrets he’ll do anything to protect. But in order to return to her fantasy, Alice will need something much stronger than mushrooms. . .

Cursed with a growing addiction, Alice is forced into the twisted underbelly of London and pulled ever further from reality. Is her obsession with Wonderland truly a respite, or a one-way ticket to the dreaded… ASYLUM?

Witness Wonderland brought to life as never before, set against a vibrant but menacing Victorian London, as figures from Alice’s past adventures re-emerge in surprising new ways!

Dan Panosian is an acclaimed comic book writer and artist who hails from Cleveland, Ohio and lives in Los Angeles, California. He is best known for his work as an illustrator for Marvel, DC Comics, and Image Comics, as well as his work in the video game, film, and television industries. Panosian created the original comic book series An Unkindness of Ravens with BOOM! Studios and Slots for Image Comics with Skybound Entertainment, and continues to illustrate covers for Marvel Entertainment, DC Comics, BOOM! Studios, and more.

Giorgio Spalletta is an artist from Italy. Spalletta attended the International School of Comics in Rome, where he now works as a teacher, in addition to working as an illustrator for Mostri, Alieni, and Gangster with Bugs Comics, Border Town with Editoriale Aurea, Caput Mundi with Editoriale Cosmo (official selection of the 2018 Micheluzzi Award for Best Comic Book Series) and Orfani: sam and La Divina Congrega with Sergio Bonelli Editore. In 2021, Spalleta made his US debut on Red Sonja: Black White, Red for Dynamite Entertainment.

“Dan is one of my favorite authors! I’m really glad to contribute to his version of Alice, and with Fabiana’s colours on our Wonderland, this series will be unforgettable.” said Spalleta. “Put on some Jefferson Airplane, and follow us into ALICE EVER AFTER ‘cause we’re already deep down the rabbit hole!”

ALICE EVER AFTER #1 features main cover art by Dan Panosian, as well as variant cover art by highly acclaimed illustrators Jenny Frison (Something is Killing the Children) and Adam Hughes (Black Widow).

“Get ready to get swept away by this dark, grown up sequel to the story of Alice in Wonderland that could only have come from the minds of Dan, Giorgio, and Fabiana,” said Kathleen Wisneski, Editor, BOOM! Studios. “If you think you already know everything there is to know about Alice and the wild crew of characters she’s met during her adventures… you have no idea what’s in store for you!”

ALICE EVER AFTER is the newest release from BOOM! Studios’ eponymous imprint, home to critically acclaimed original series, including BRZRKR by Keanu Reeves, Matt Kindt, and Ron Garney; Something is Killing the Children by James Tynion IV and Werther Dell’Edera; Once & Future by Kieron Gillen and Dan Mora; We Only Find Them When They’re Dead by Al Ewing and Simone Di Meo; Seven Secrets by Tom Taylor and Daniele Di Nicuolo; The Many Deaths of Laila Starr by Ram V and Filipe Andrade; Eve by Victor LaValle and Jo Mi-Gyeong; Regarding the Matter of Oswald’s Body by Christopher Cantwell and Luca Casalanguida, and Faithless by Brian Azzarello and Maria Llovet. The imprint also publishes popular licensed properties, including Dune: House Atreides from Brian Herbert, Kevin J. Anderson, and Dev Pramanik; Mighty Morphin and Power Rangers from Ryan Parrott, Marco Renna, and Francesco Mortarino; and Magic from Jed McKay and Ig Guara.

Print copies of ALICE EVER AFTER #1 will be available in April 2022 exclusively at local comic book shops (use comicshoplocator.com to find the nearest one) or at the BOOM! Studios webstore. Digital copies can be purchased from content providers, including comiXology, iBooks, Google Play, and Kindle. 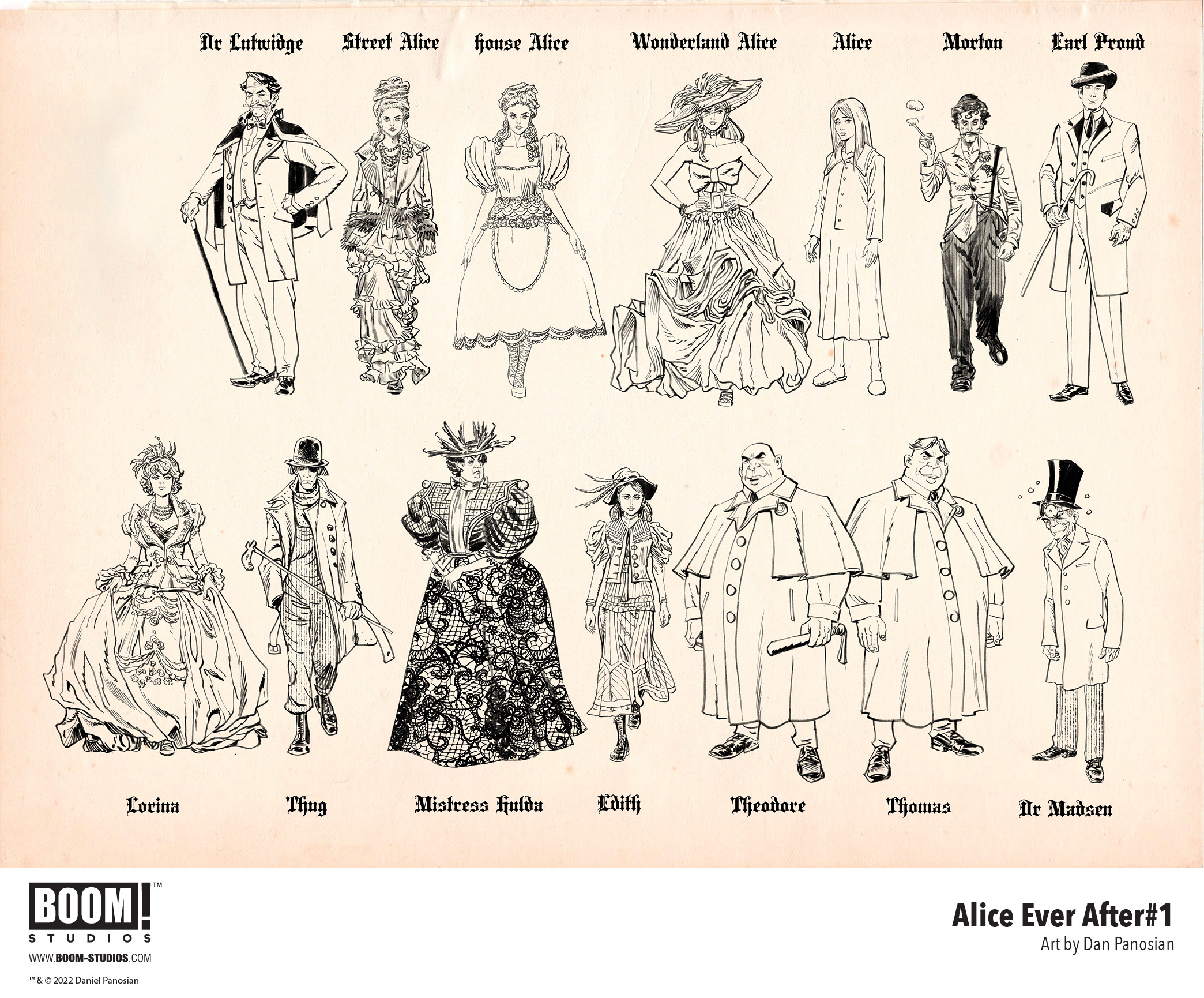 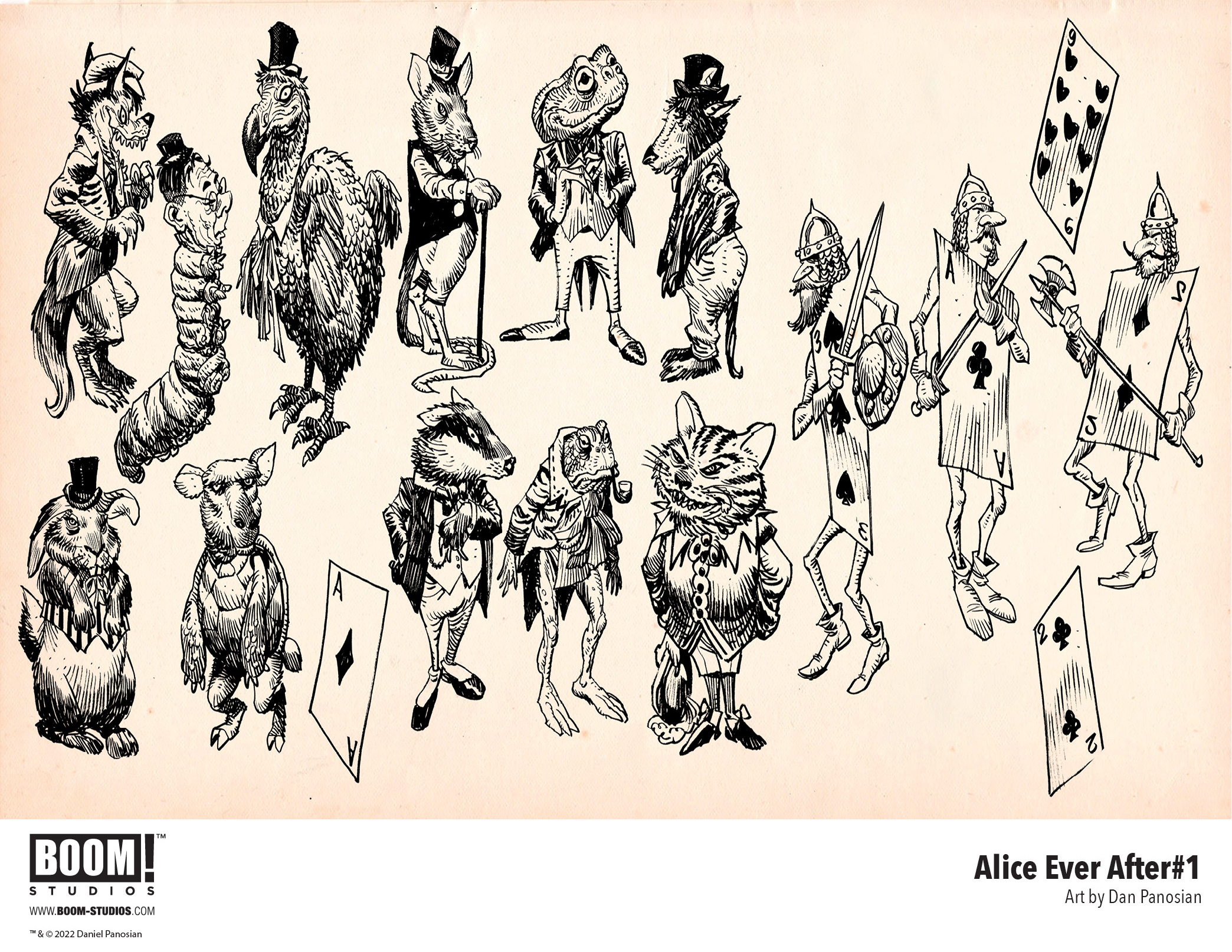 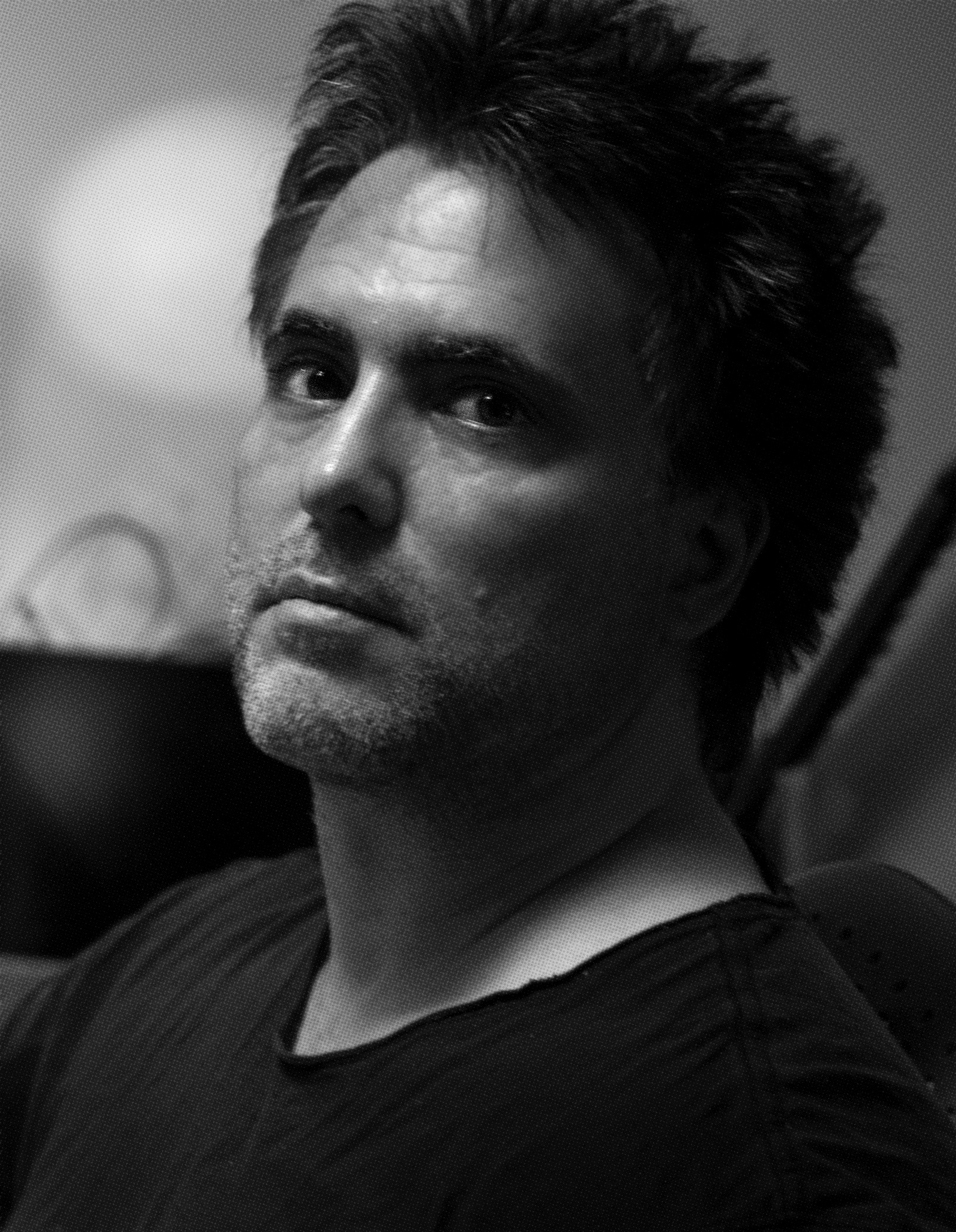 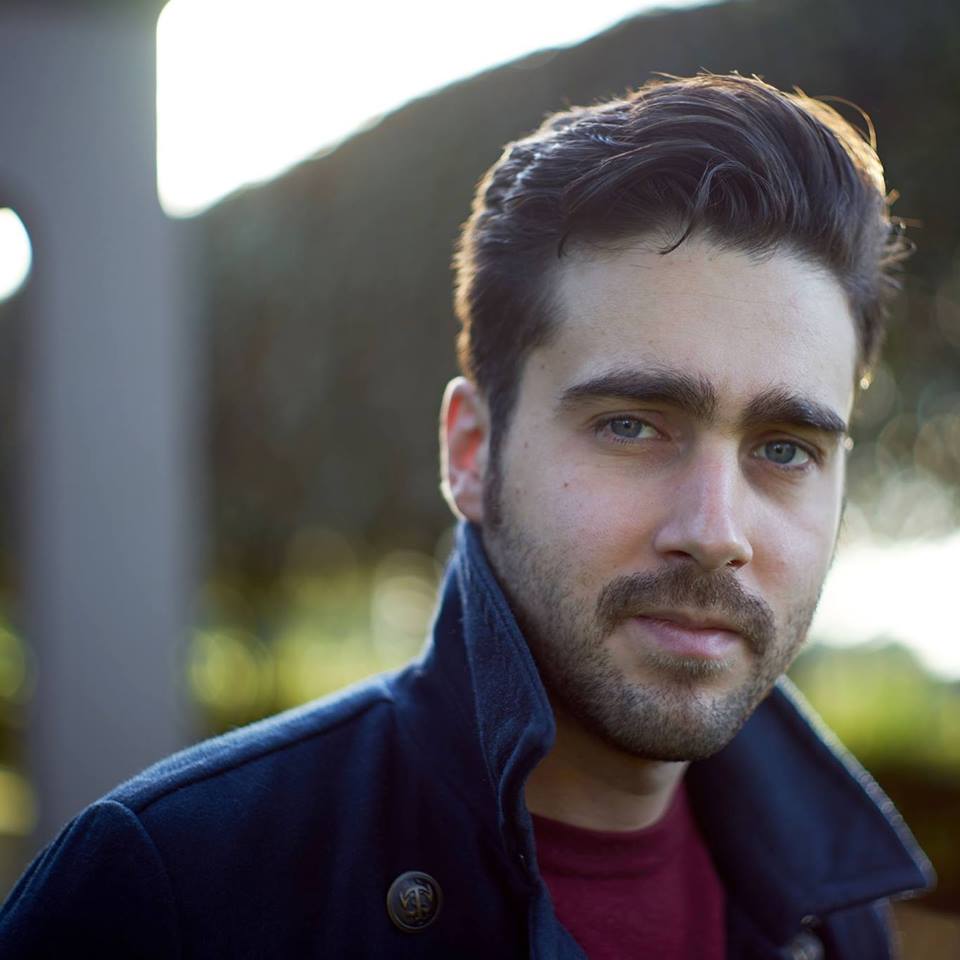