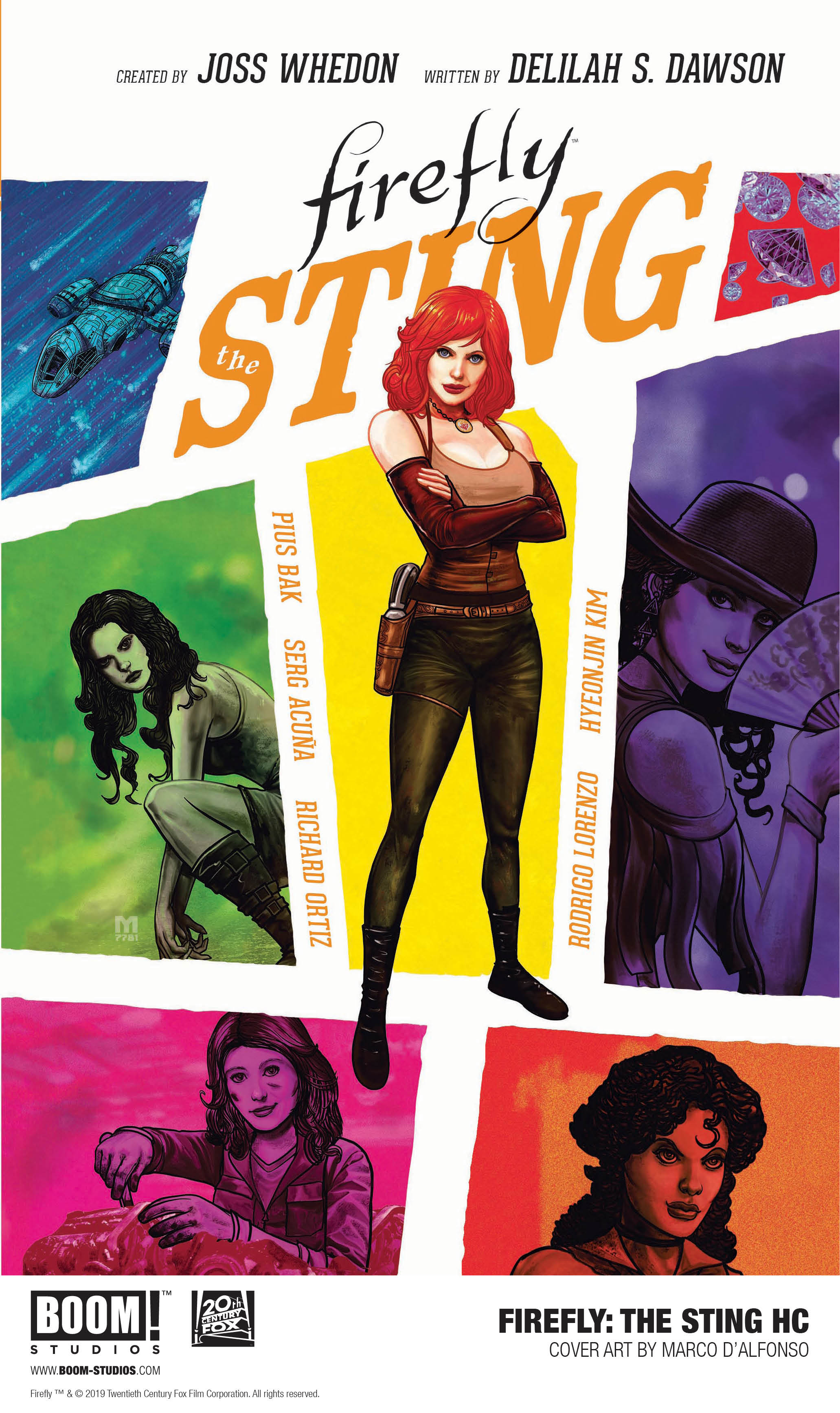 Saffron, the enigmatic rogue who captured the hearts of Firefly fans worldwide (as well as the heart of Captain Malcolm Reynolds!), returns to Serenity for the first time since the end of the show. But this time, she’s not here for Mal, instead making the women on the crew an offer they literally can’t refuse. When the greatest grifter in the ‘verse joins forces with Zoë, Inara, Kaylee, and River to pull off the greatest theft in the ‘verse, what could possibly go wrong?

FIREFLY: THE STING is the newest release from BOOM! Studios’ eponymous imprint, home to critically acclaimed original series, including Once & Future by Kieron Gillen and Dan Mora; Something is Killing the Children by James Tynion IV and Werther Dell’Edera; Faithless by Brian Azzarello and Maria Llovet; Abbott by Saladin Ahmed and Sami Kivelä; Bury the Lede by Gaby Dunn and Claire Roe; Klaus by Grant Morrison and Dan Mora; and the upcoming Folklords by Matt Kindt and Matt Smith. The imprint also publishes popular licensed properties including Joss Whedon’s Firefly from Greg Pak and Dan McDaid; Buffy the Vampire Slayer from Jordie Bellaire and David López; Angel from Bryan Edward Hill and Gleb Melnikov; and Mighty Morphin Power Rangers from Ryan Parrott and Daniele Di Nicuolo.

Print copies of FIREFLY: THE STING will be available for sale on November 13, 2019 at local comic book shops (use comicshoplocator.com to find the nearest one) and November 19, 2019 at bookstores. Digital copies can be purchased from content providers, including comiXology, iBooks, Google Play, and Madefire. 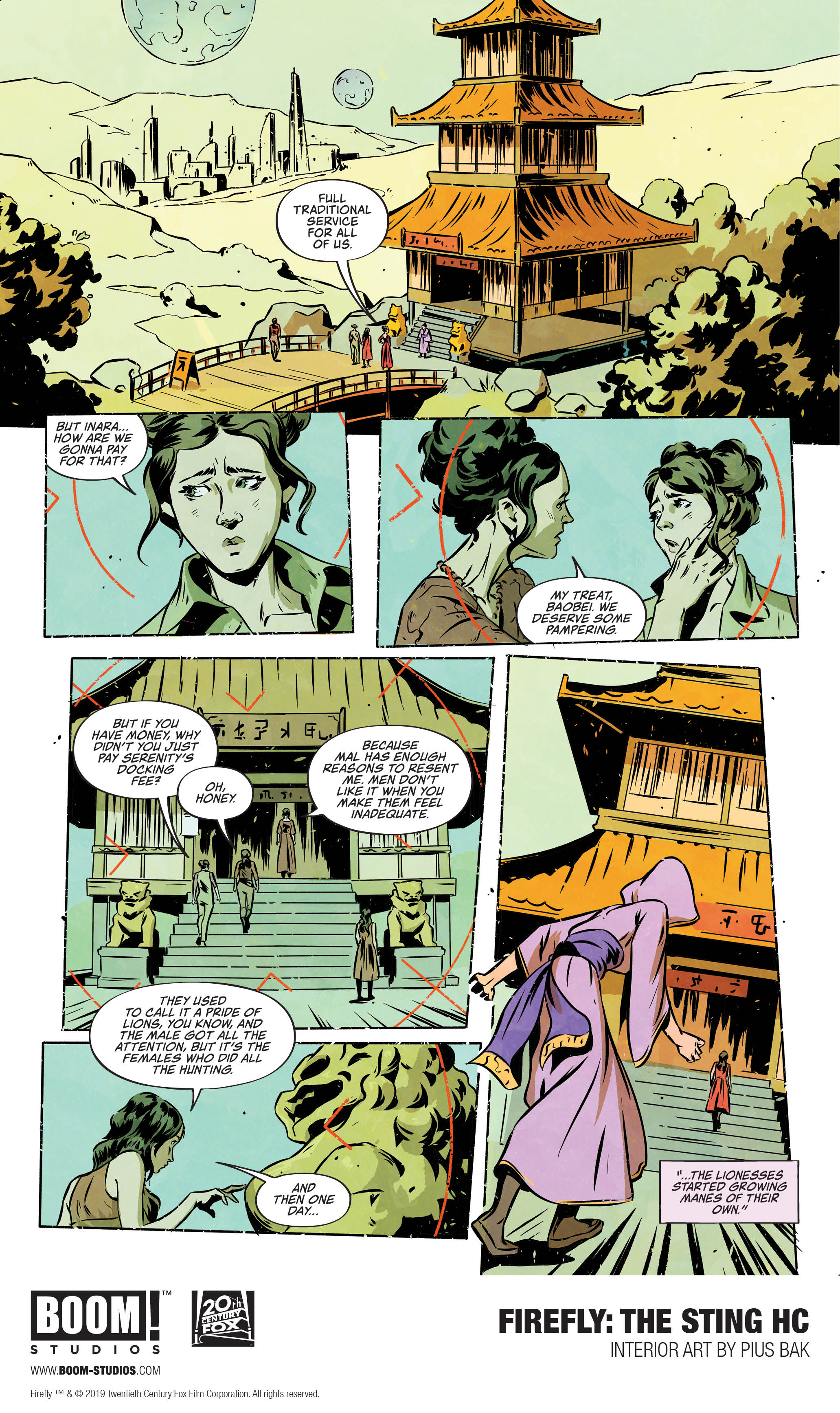 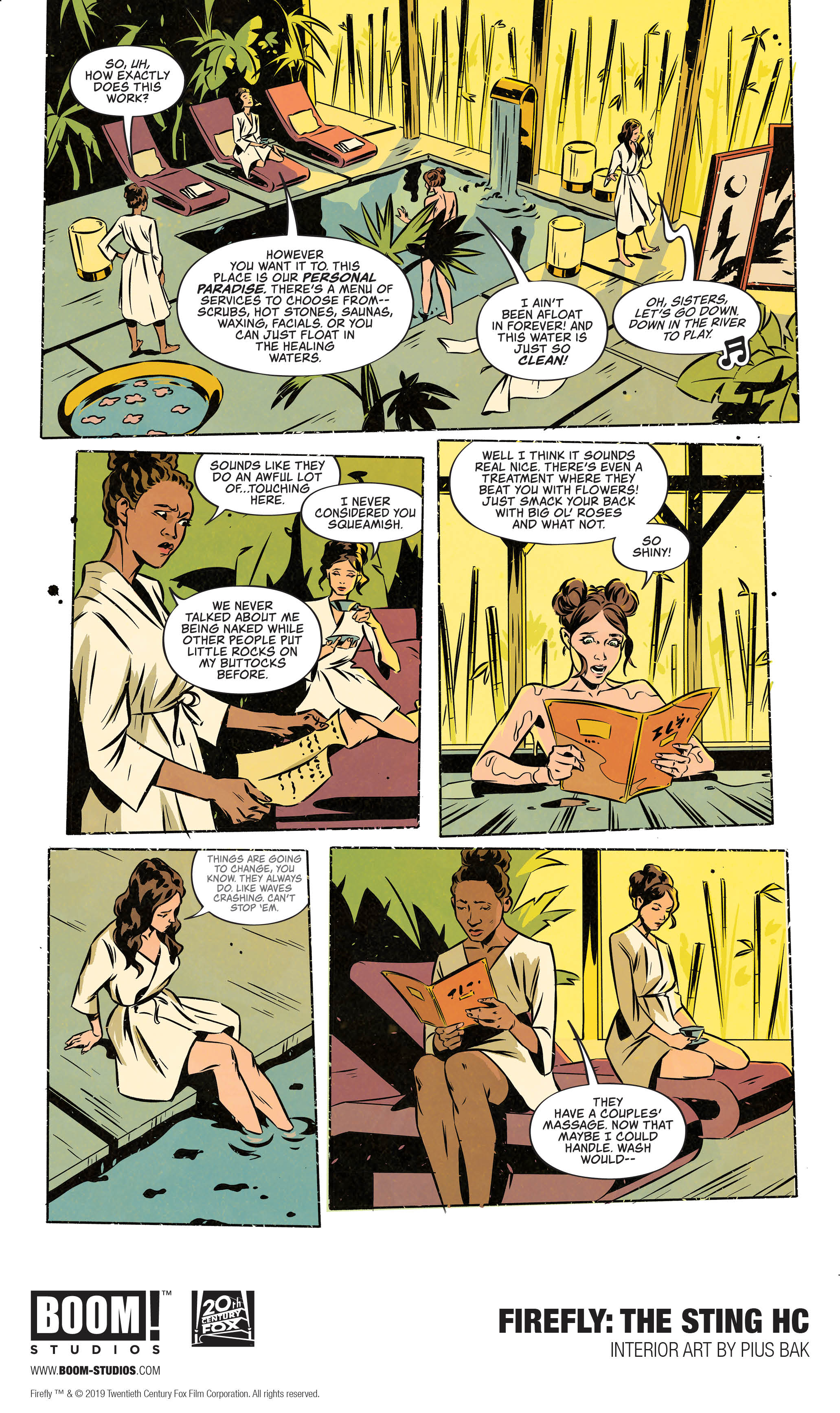 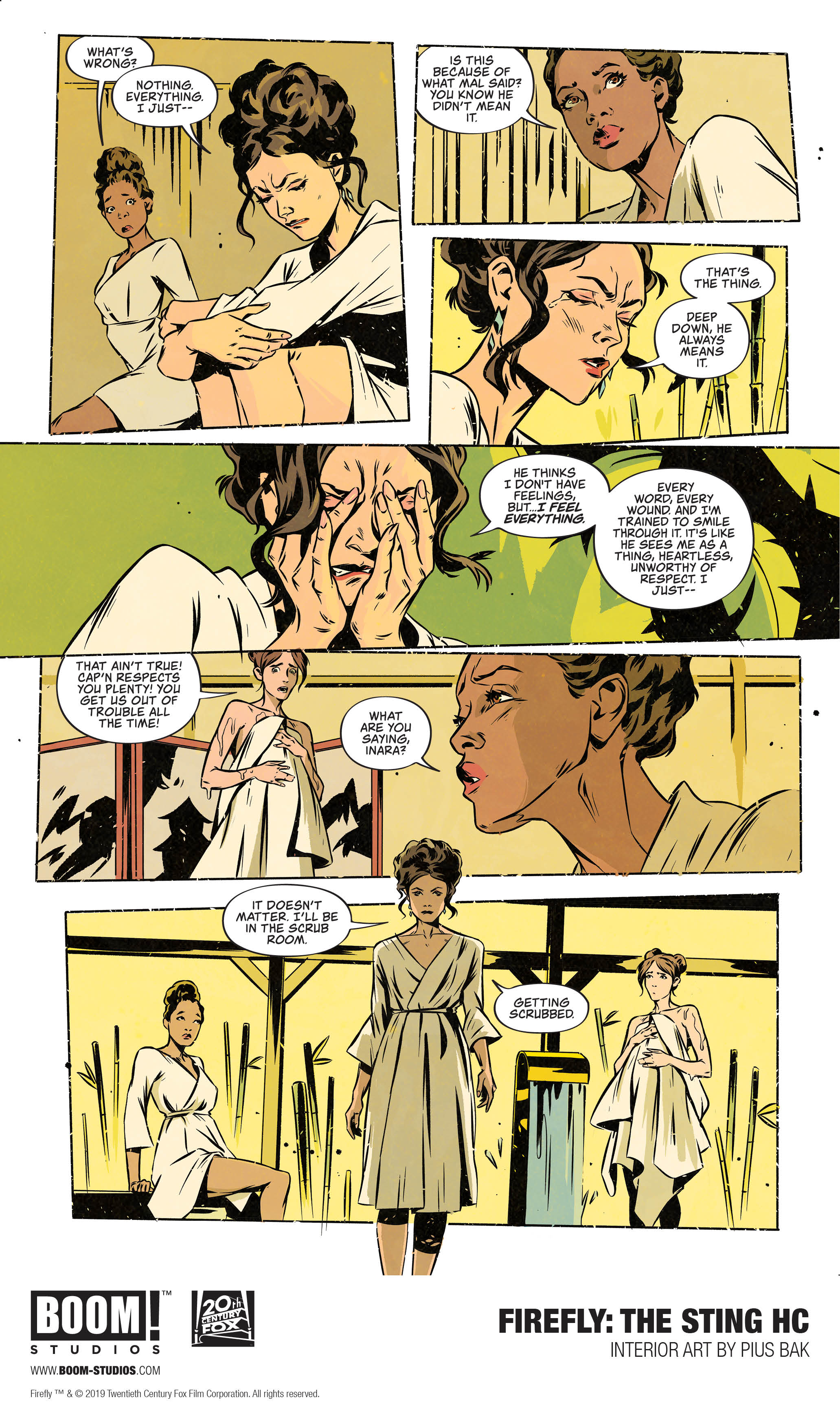 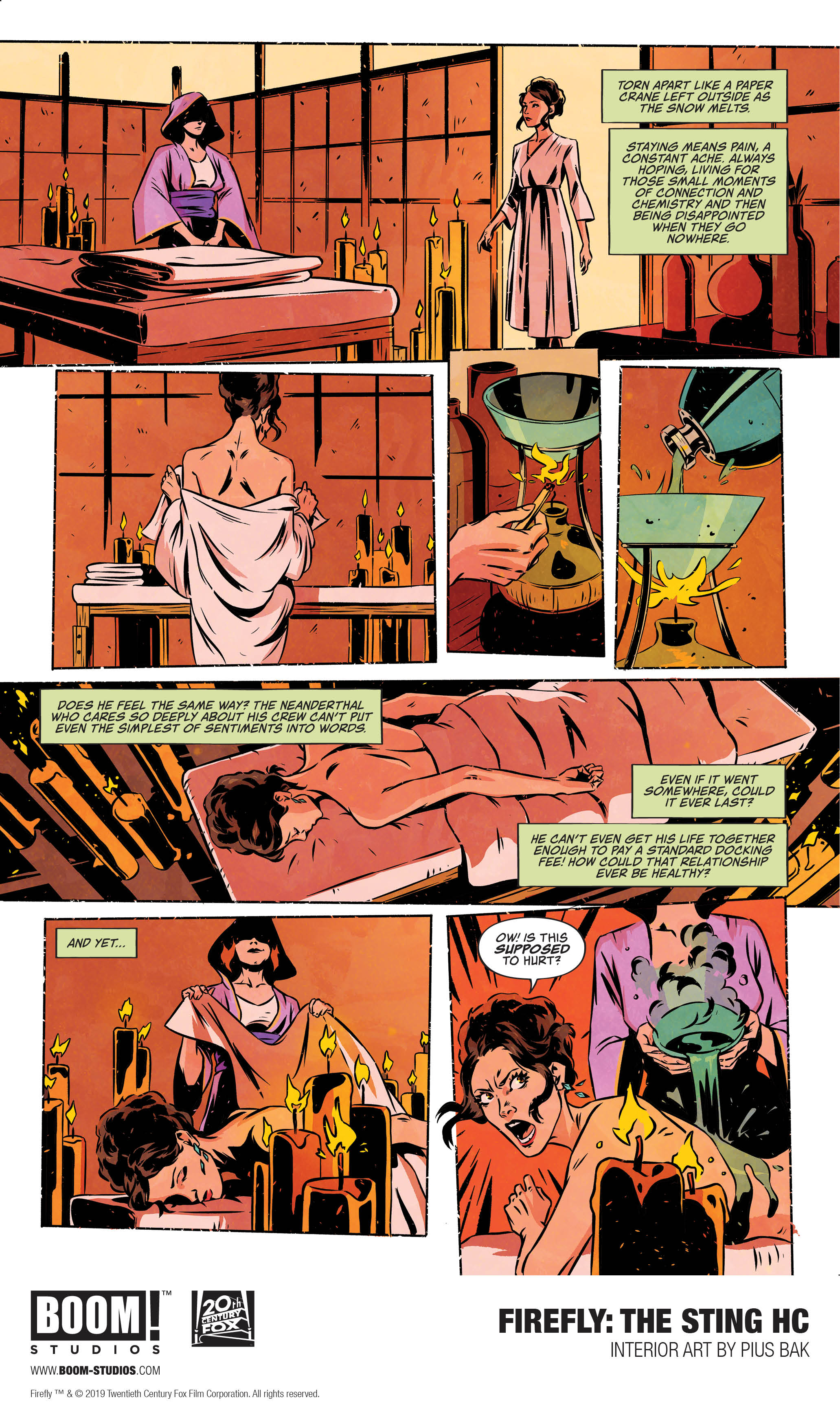 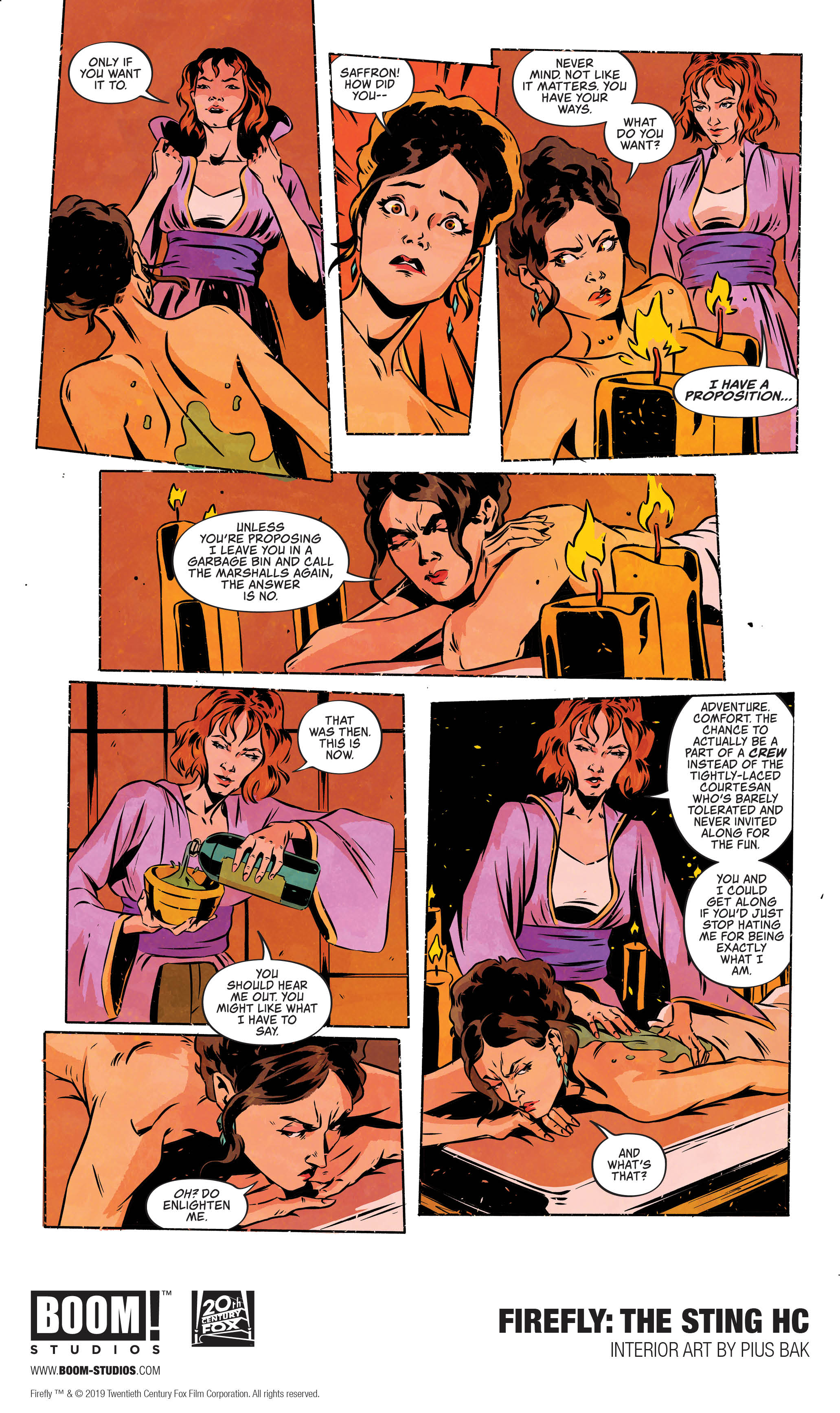 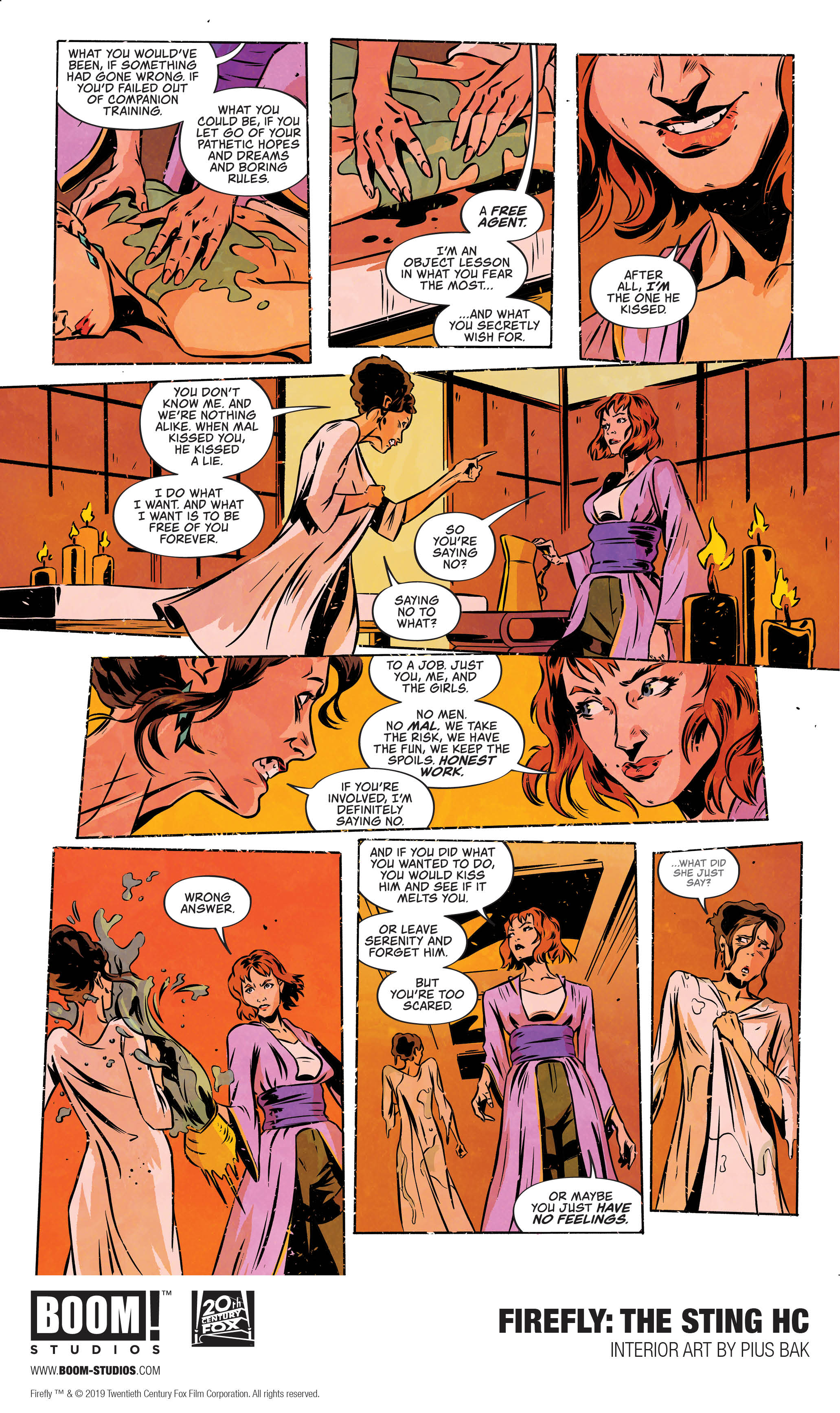 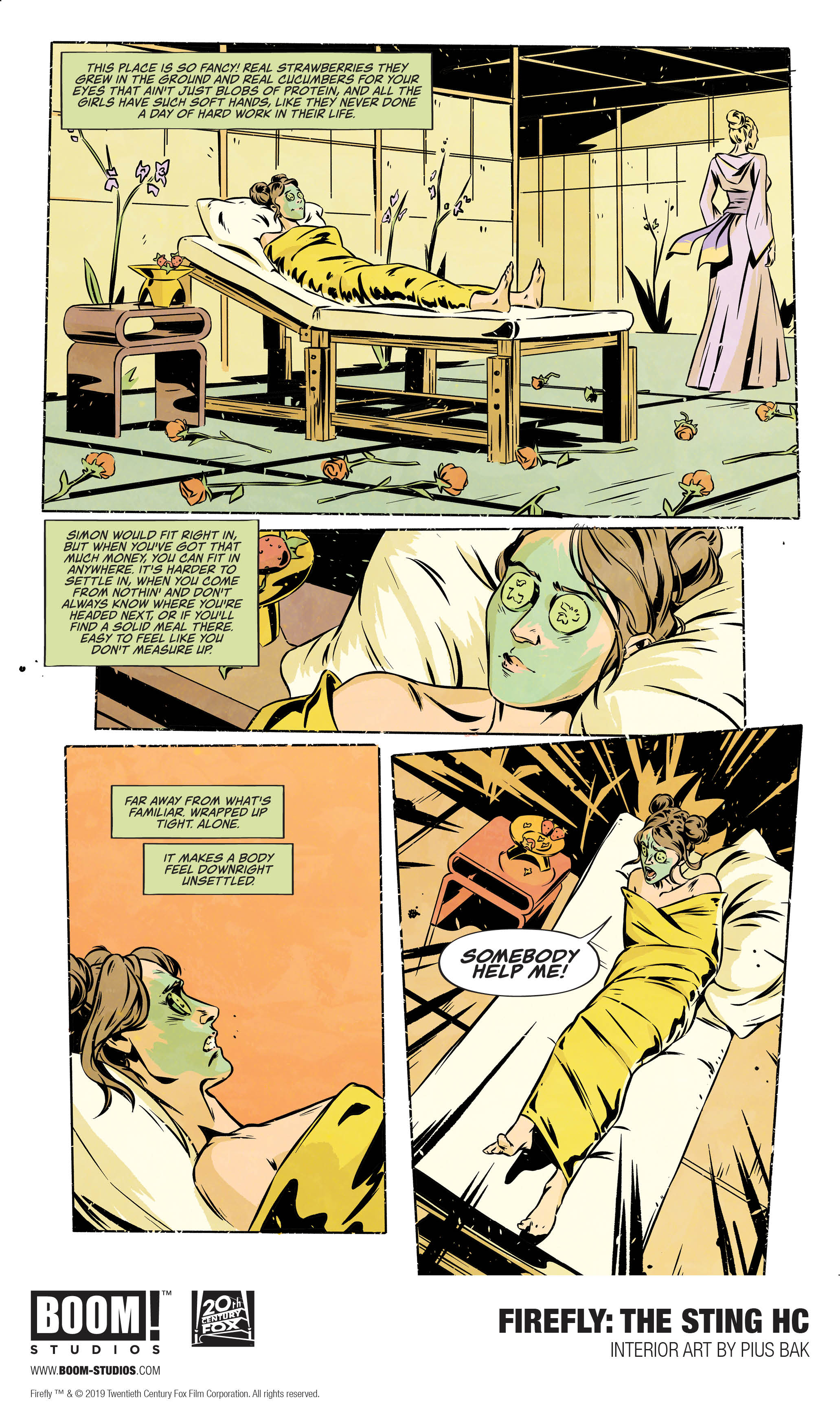 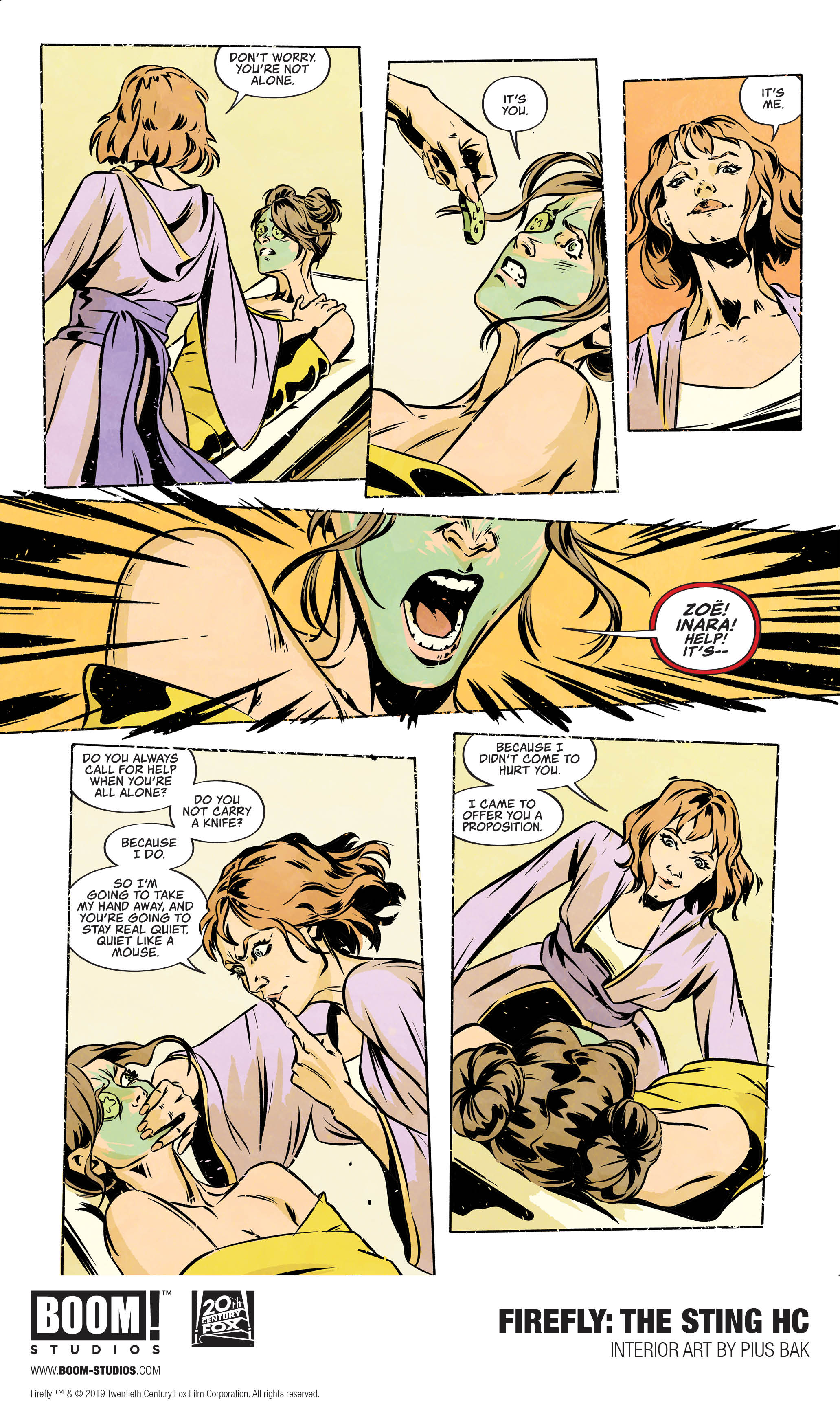 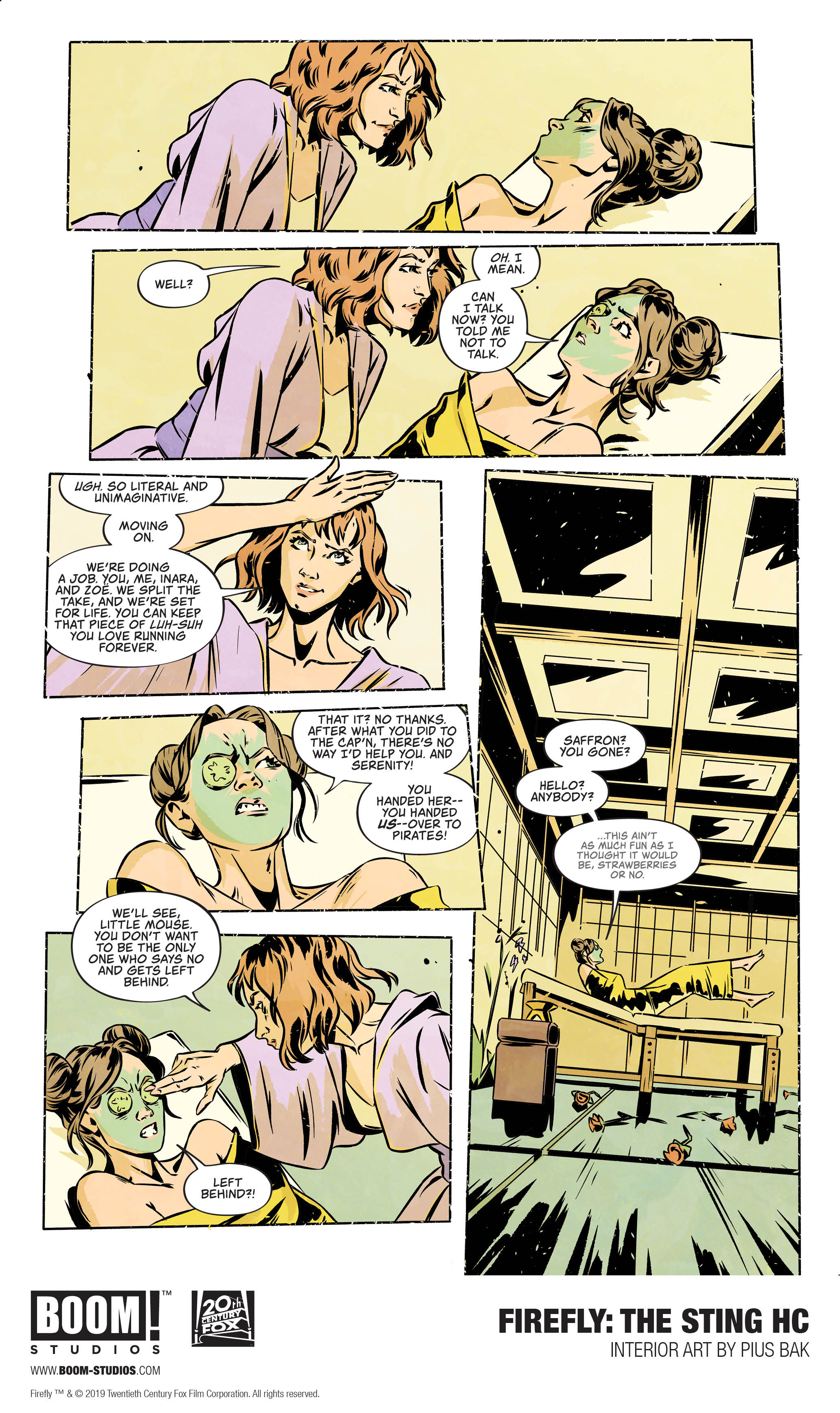