TidalWave Productions is proud to announce the addition of a new 96-page graphic novel featuring some America’s First Ladies to its popular “Female Force” series focused on women who make an impact.  “Female Force: First Ladies: Michelle Obama, Jill Biden, Hillary Clinton and Nancy Reagan” will be released On August 11, 2021.

At TidalWave Productions, we believe that it is important for readers to have inspiring role models and to learn about extraordinary individuals who have overcome challenges to make a difference in the world. “Female Force,” a comic book celebrating female empowerment while exploring the life stories of powerful women, has become a cornerstone of our publishing model.  We do have plans to showcase more First Ladies in the series. 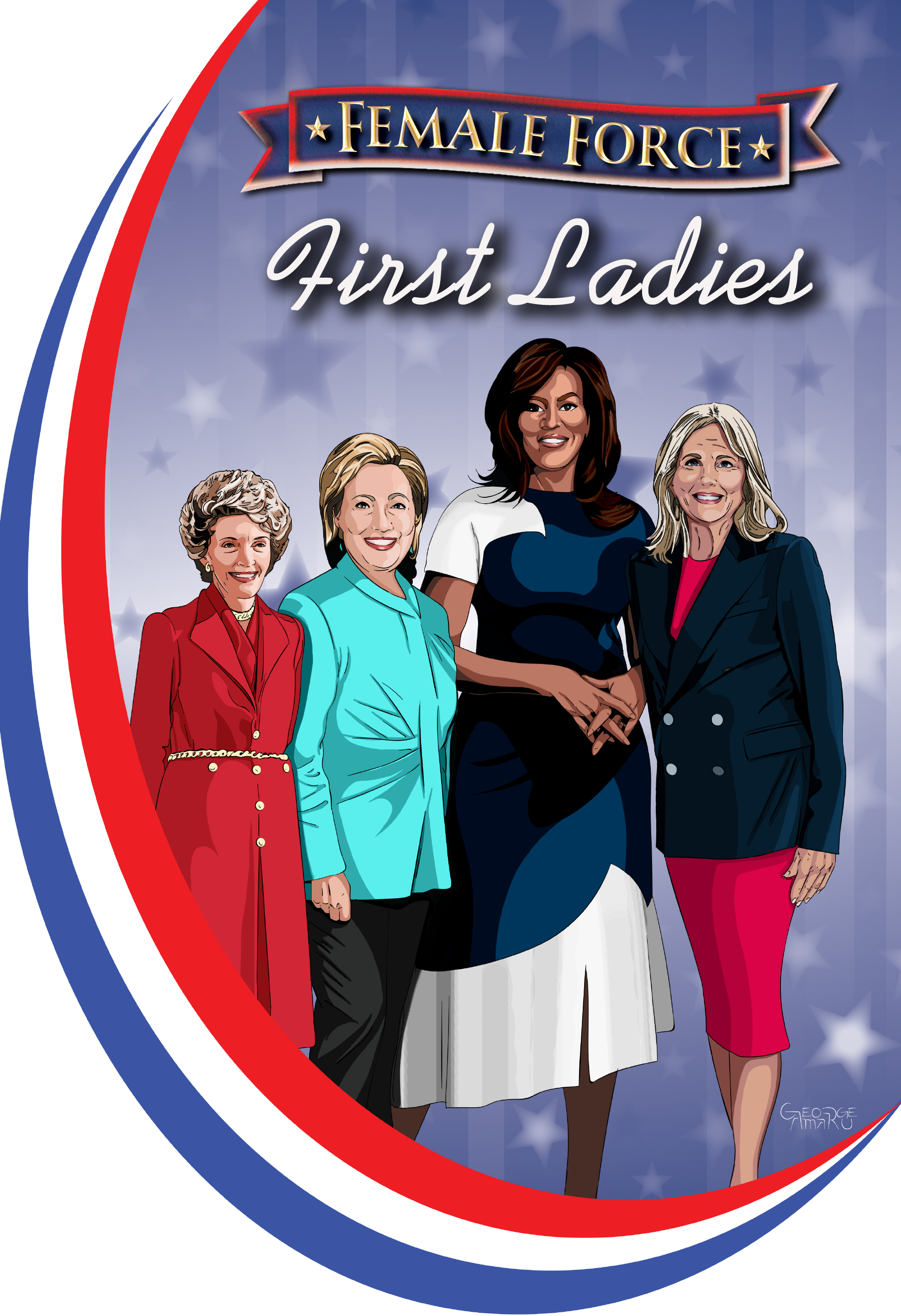 Written by Michael Frizell and with art by Ryan Howe, Joe Paradise, Miguel Diaz.  Featuring a cover by George Amaru. Two versions of the book will be available upon release.  A paperback as well as a hard cover.

There are few positions like being the First Lady of the United States. Some use it to leverage social justice platforms, while others provide compassion during a time of change. In this volume, we collect the stories of  some of the past comic books we have created on the women whose activism has led to positive change in our world.

“We wanted to showcase the strong women in today’s society that have inspired generations and shaped the culture of today,” publisher Darren G. Davis said. “Kids and adults alike can look up to these women as great role models.  One of the coolest things about the comic books is that we found schools using them for reluctant readers.”

Also being released this week is a biography comic book on late latina singer Selena Quintanilla.  “Female Force: Selena” will be also on sale on August 11th.

The “Female Force” line of comicshas been embraced by the media and featured on several television news outlets including The Today Show and on MSNBC, FOX NEWS, CNN. The series has also been featured in many publications such as The Los Angeles Times, Time Magazine, and People Magazine.

Print copies of “Female Force” can be ordered in print on Amazon or where you can order books. TidalWave Productions vast catalog of titles can also be downloaded digitally from Kindle, iTunes, EPIC!, Izneo, ComiXology, DriveThru Comics, Google Play, Overdrive, Library Pass, Biblioboard, Nook, Koboand wherever eBooks are sold.