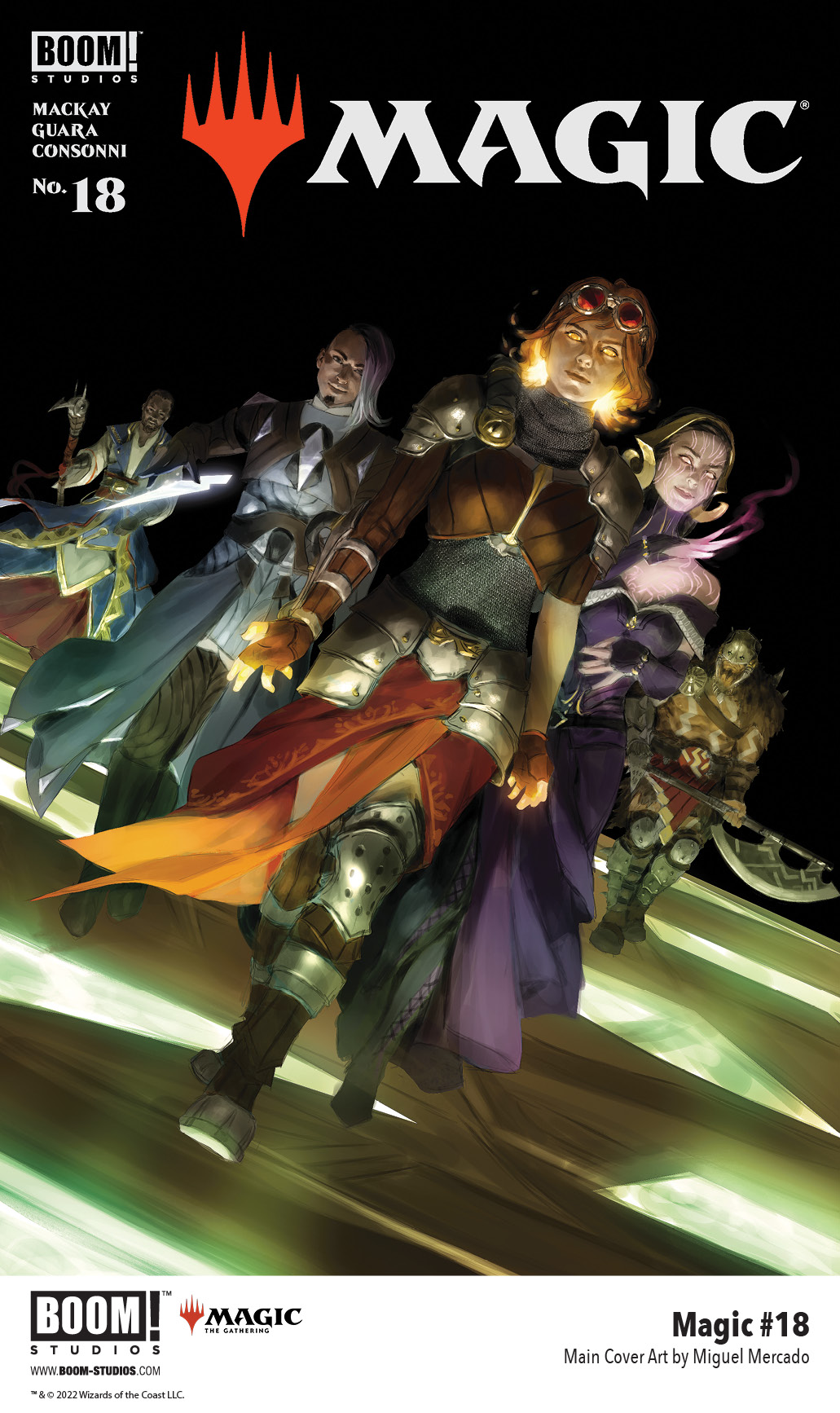 LOS ANGELES, CA (August 30, 2022) – BOOM! Studios, under license by Hasbro, Inc. (NASDAQ: HAS) and in partnership with Wizards of the Coast LLC, announced today a first look at MAGIC #18, the next issue from acclaimed comics writer Jed MacKay (Moon Knight), artists Ig Guara (Edge of Spider-Verse) and Arancia Studio’s Arianna Consonni, and letterer Ed Dukeshire (Once & Future), about bloody revenge and a desperate escape attempt, available in September 2022.

Tezzeret knows he’s been betrayed… and he’s set his bloodhound, Tibalt, on the traitor’s trail. Now Garruk, Chandra, and Niko are all that stand between Davriel Cane and a gruesome death at Tibalt’s hands. Cane’s agreed to play bait, but insists on a Cabaretti-class production behind him, complete with a guest star Planeswalker who might just give our heroes what they need to find their way back to Ravnica and save Vraska, Kaya, and Ral!

MAGIC is the newest release from BOOM! Studios’ eponymous imprint, home to critically acclaimed original series, including BRZRKR by Keanu Reeves, Matt Kindt, and Ron Garney; Something is Killing the Children by James Tynion IV and Werther Dell’Edera; Once & Future by Kieron Gillen and Dan Mora; Grim by Stephanie Phillips and Flaviano and the upcoming series Briar by Christopher Cantwell and Germán García, and Stuff of Nightmares by R.L. Stine and A.L. Kaplan, Once Upon a Time at the End of the World by Jason Aaron, Alexandre Tefenkgi, Leila del Duca, and Nick Dragotta. The imprint also publishes popular licensed properties, including Dune: Waters of Kanly from Brian Herbert, Kevin J. Anderson, and Francesco Mortarino; Mighty Morphin and Power Rangers from Ryan Parrott, Marco Renna, and Francesco Mortarino; and Magic from Jed McKay and Ig Guara.

Print copies of MAGIC #18 will be available for sale on September 7, 2022 exclusively at local comic book shops (use comicshoplocator.com to find the nearest one) or at the BOOM! Studios webstore. Digital copies can be purchased from content providers, including comiXology, iBooks, Google Play, and Kindle. 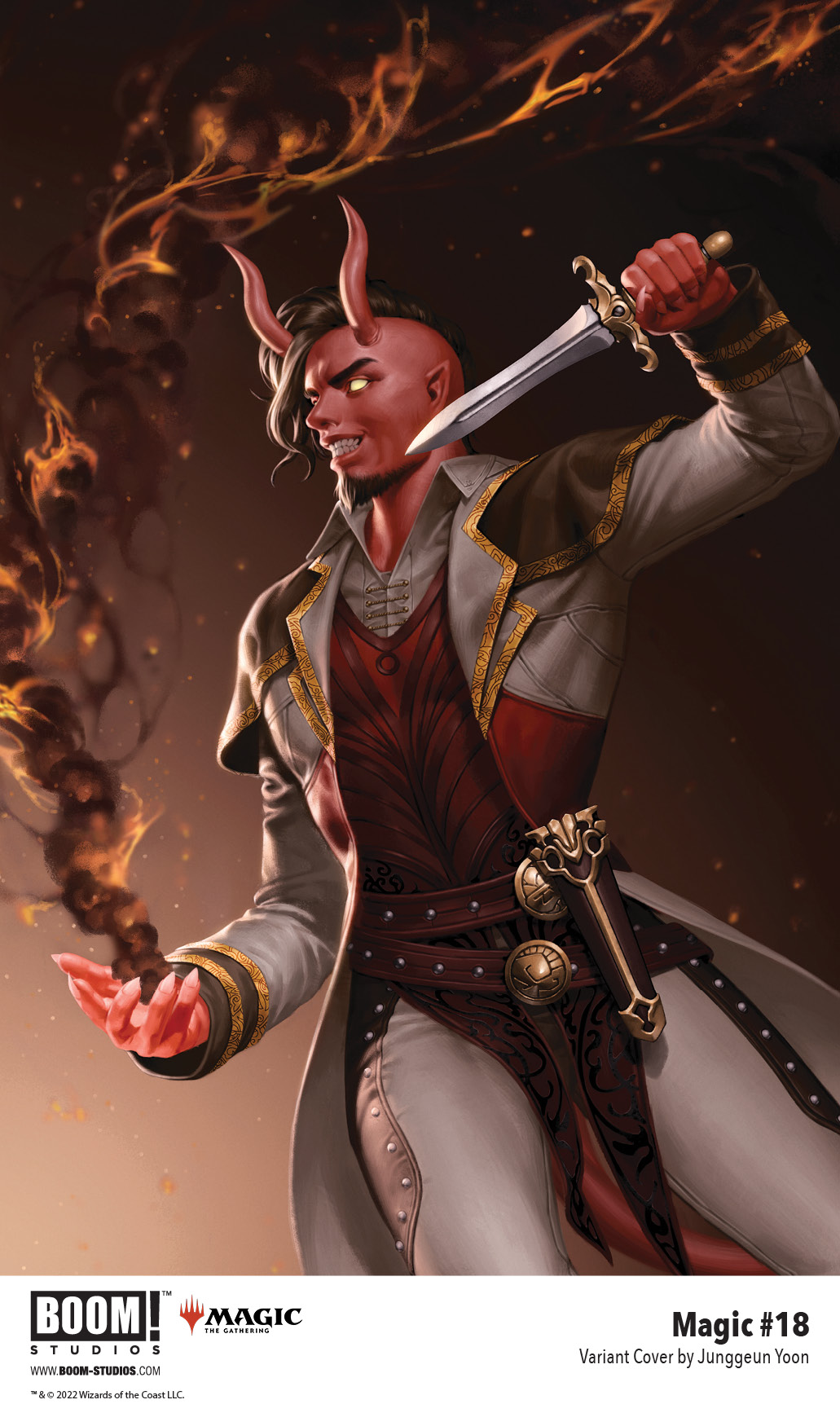 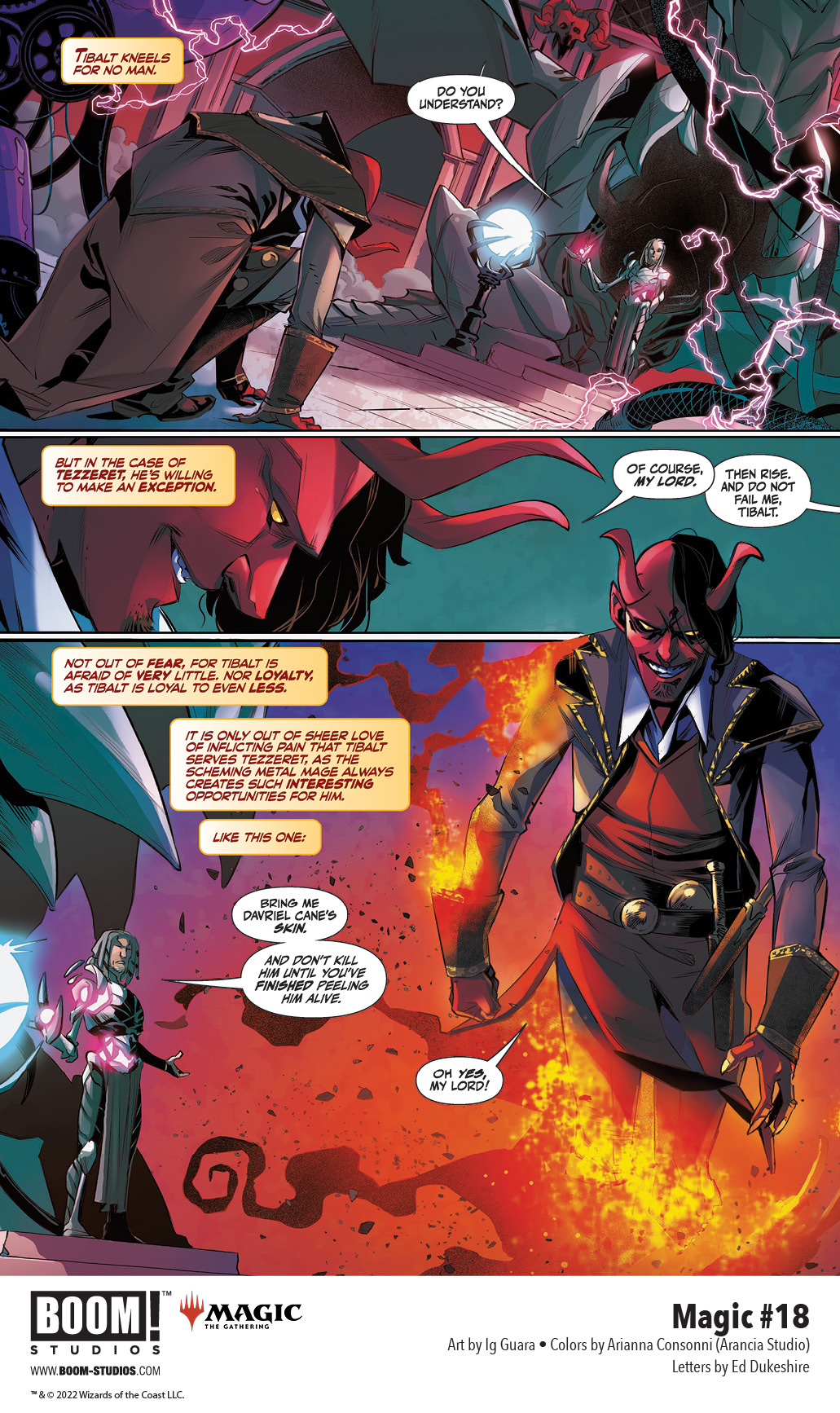 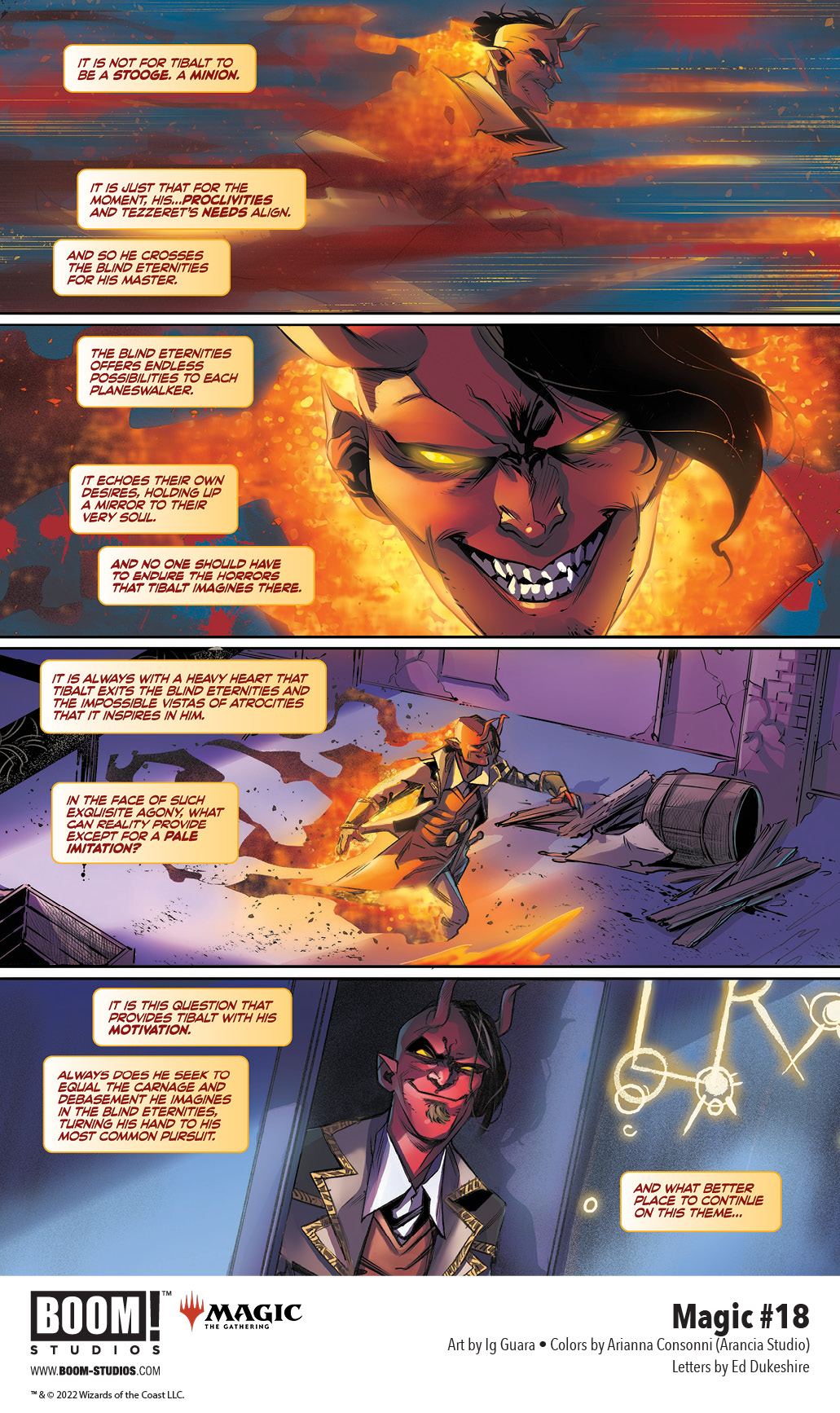 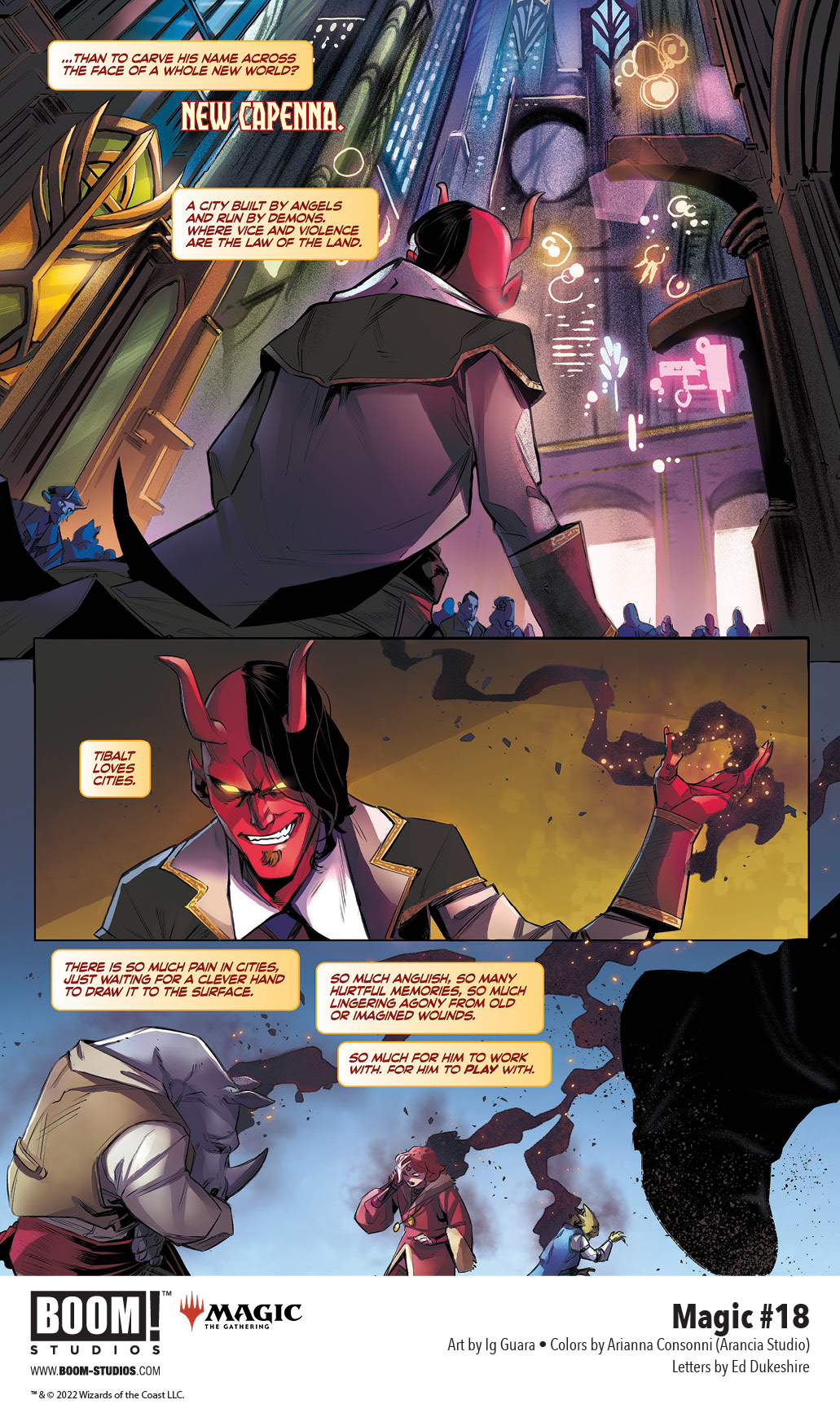 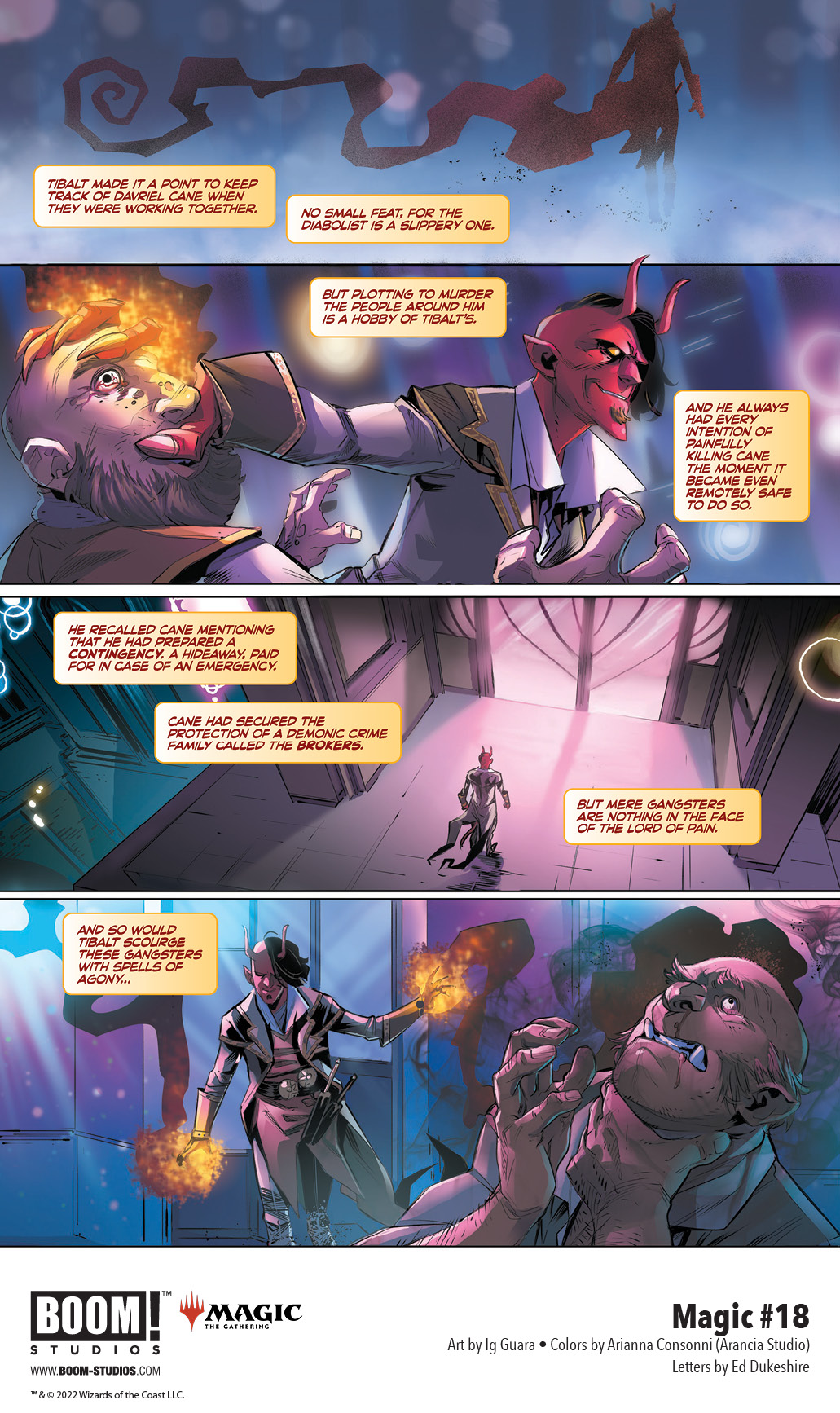 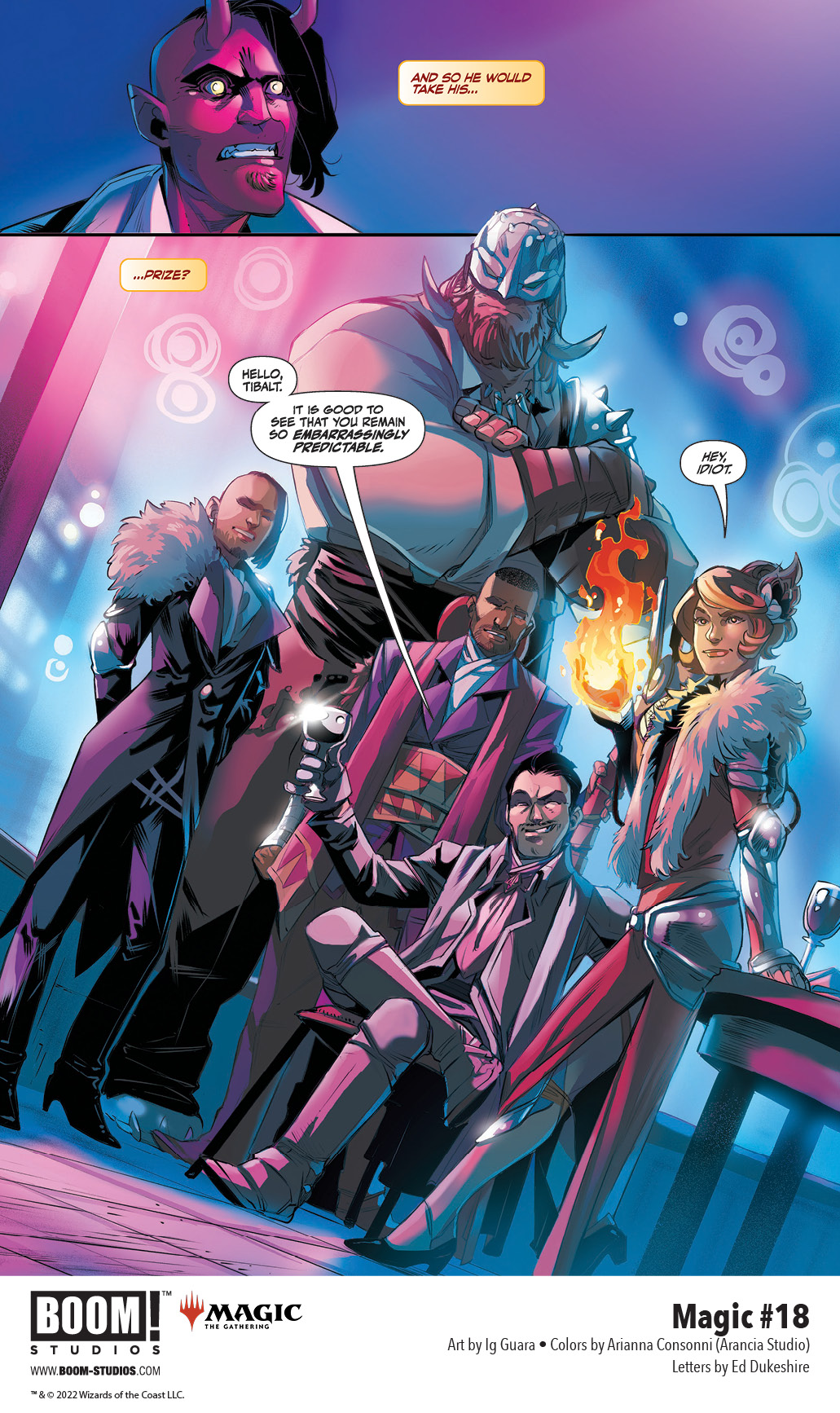