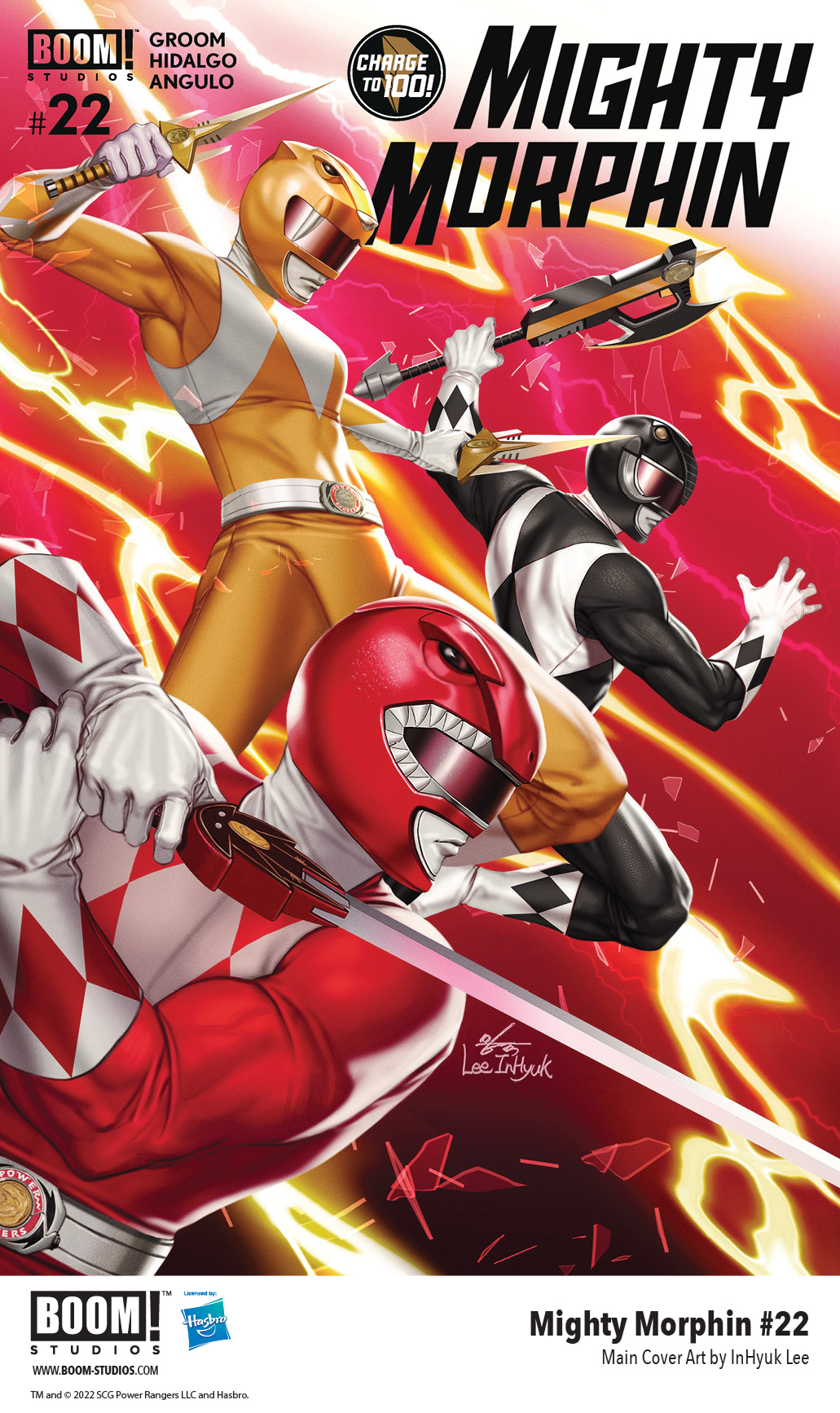 A RANGER RETURNS! With their help, the team can finally stand a chance in battle, but not without consequences. Will the Rangers forge a new path together despite their differences?  Meanwhile, Kim receives some much-needed perspective from a fellow Ranger, offering her a glimpse of hope for the future. As the dust begins to settle, will this Mighty Morphin team settle on a sense of identity, and discover their true role in the universe?

MIGHTY MORPHIN is the newest release from BOOM! Studios’ eponymous imprint, home to critically acclaimed original series, including BRZRKR by Keanu Reeves, Matt Kindt, and Ron Garney; Something is Killing the Children by James Tynion IV and Werther Dell’Edera; Once & Future by Kieron Gillen and Dan Mora; We Only Find Them When They’re Dead by Al Ewing and Simone Di Meo; Seven Secrets by Tom Taylor and Daniele Di Nicuolo; The Many Deaths of Laila Starr by Ram V and Filipe Andrade; Basilisk by Cullen Bunn and Jonas Scharf; Regarding the Matter of Oswald’s Body by Christopher Cantwell and Luca Casalanguida, Faithless by Brian Azzarello and Maria Llovet; Alice Ever After by Dan Panosian and Giorgio Spalletta; and Grim by Stephanie Phillips and Flaviano. The imprint also publishes popular licensed properties, including Dune: House Atreides from Brian Herbert, Kevin J. Anderson, and Dev Pramanik; and Magic from Jed McKay and Ig Guara.

Print copies of MIGHTY MORPHIN #22 (LEGACY #97) will be available on August 3, 2022 exclusively at local comic book shops (use comicshoplocator.com to find the one nearest you), or at the BOOM! Studios webstore. Digital copies can be purchased from content providers like comiXology, iBooks, Google Play, and Kindle. 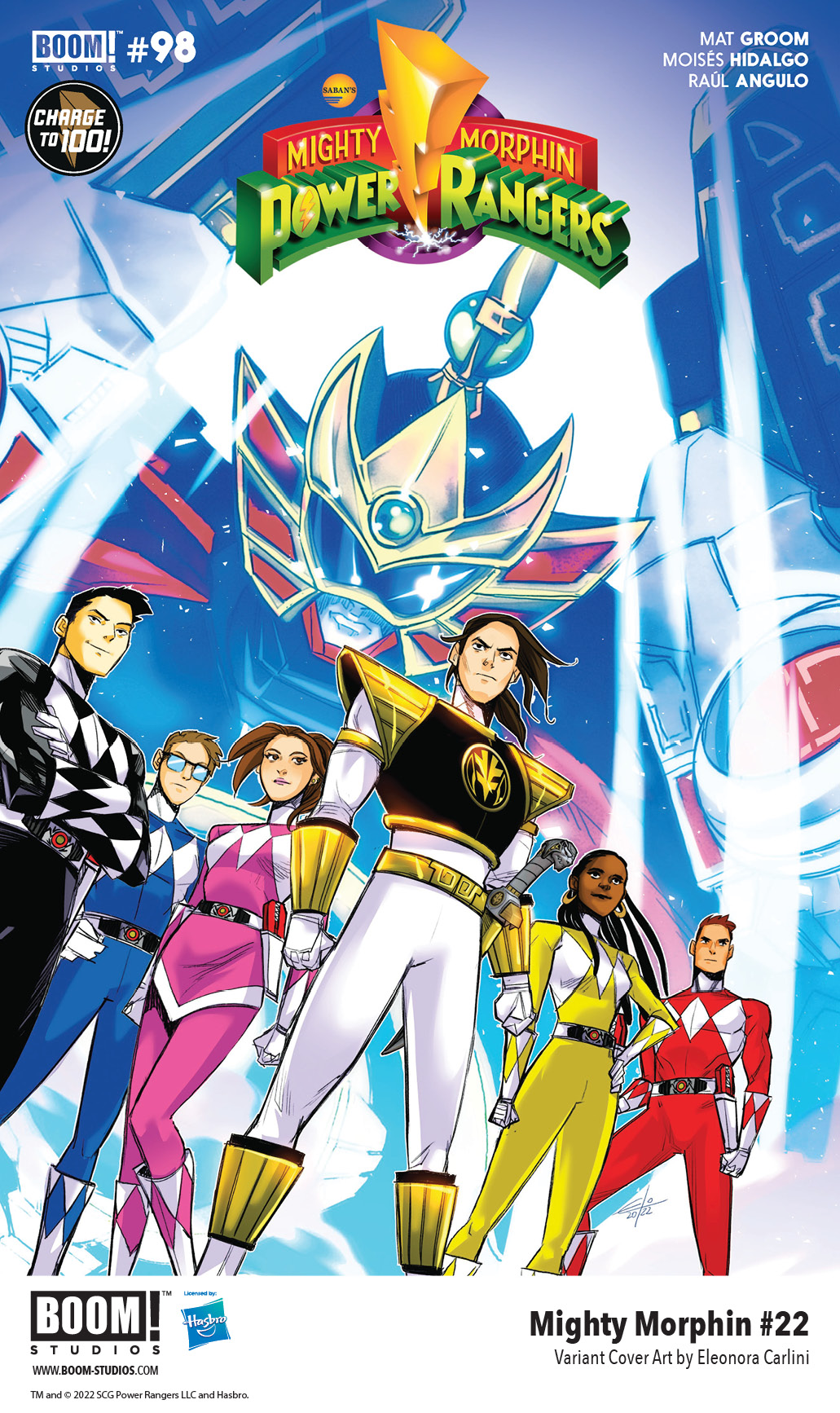 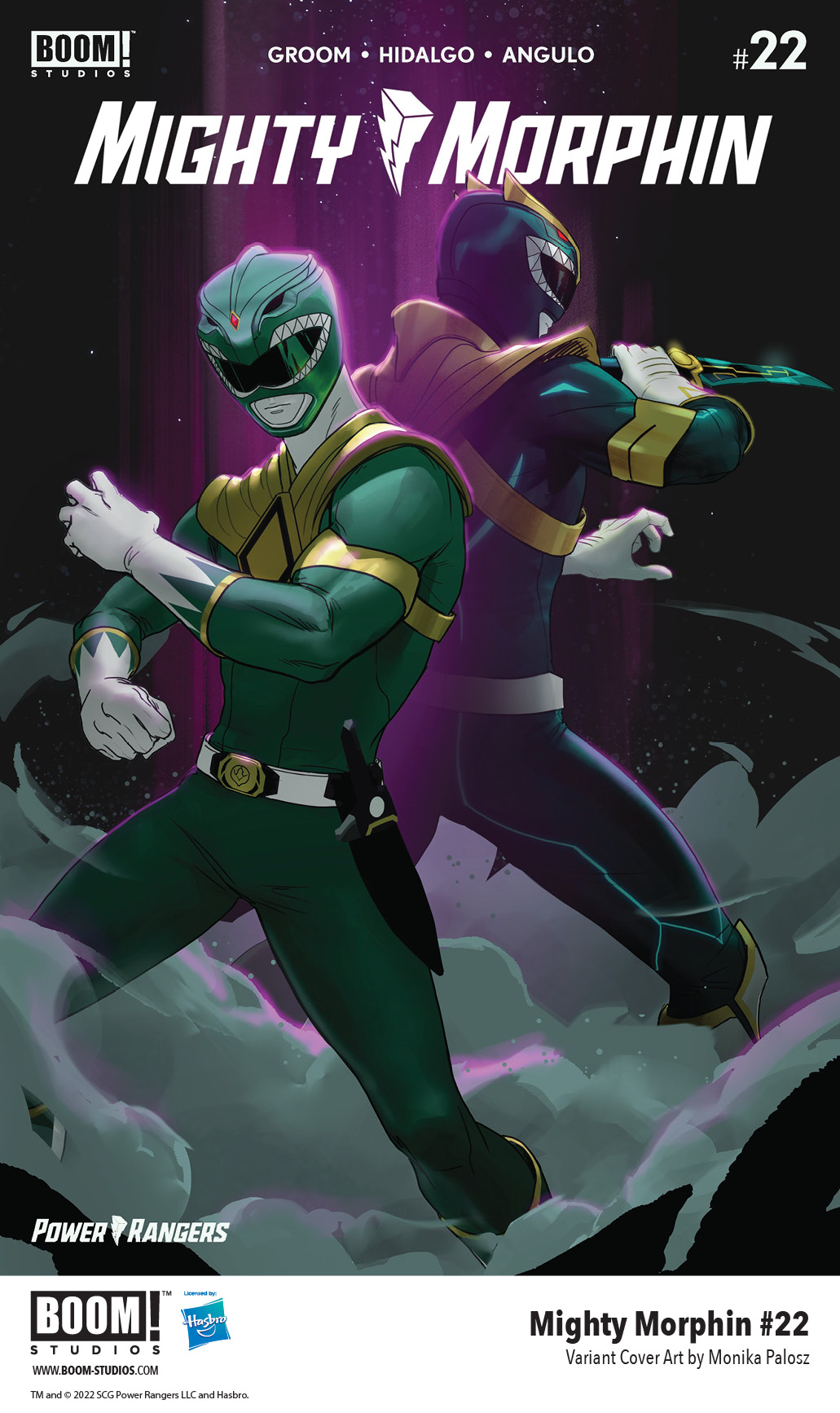 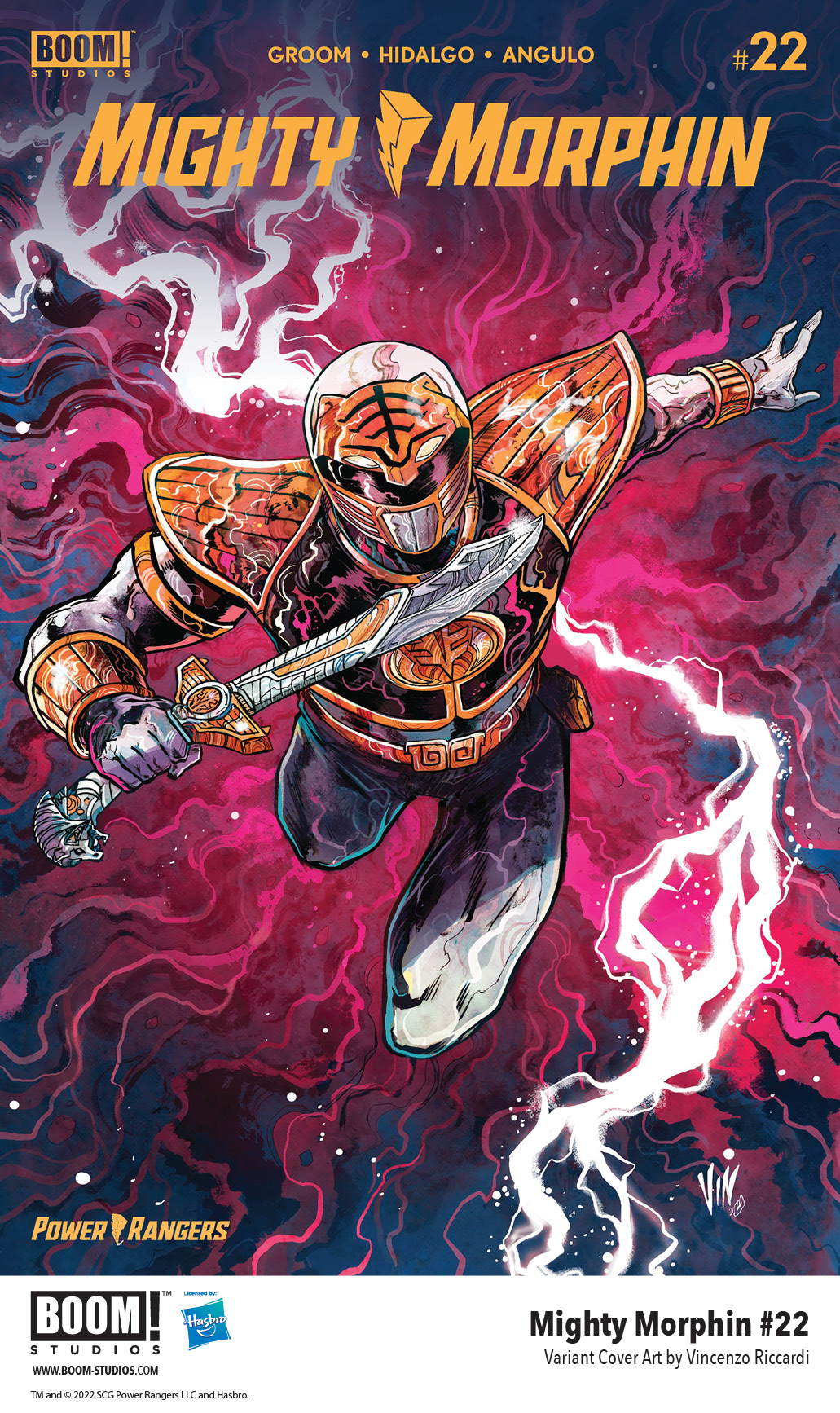 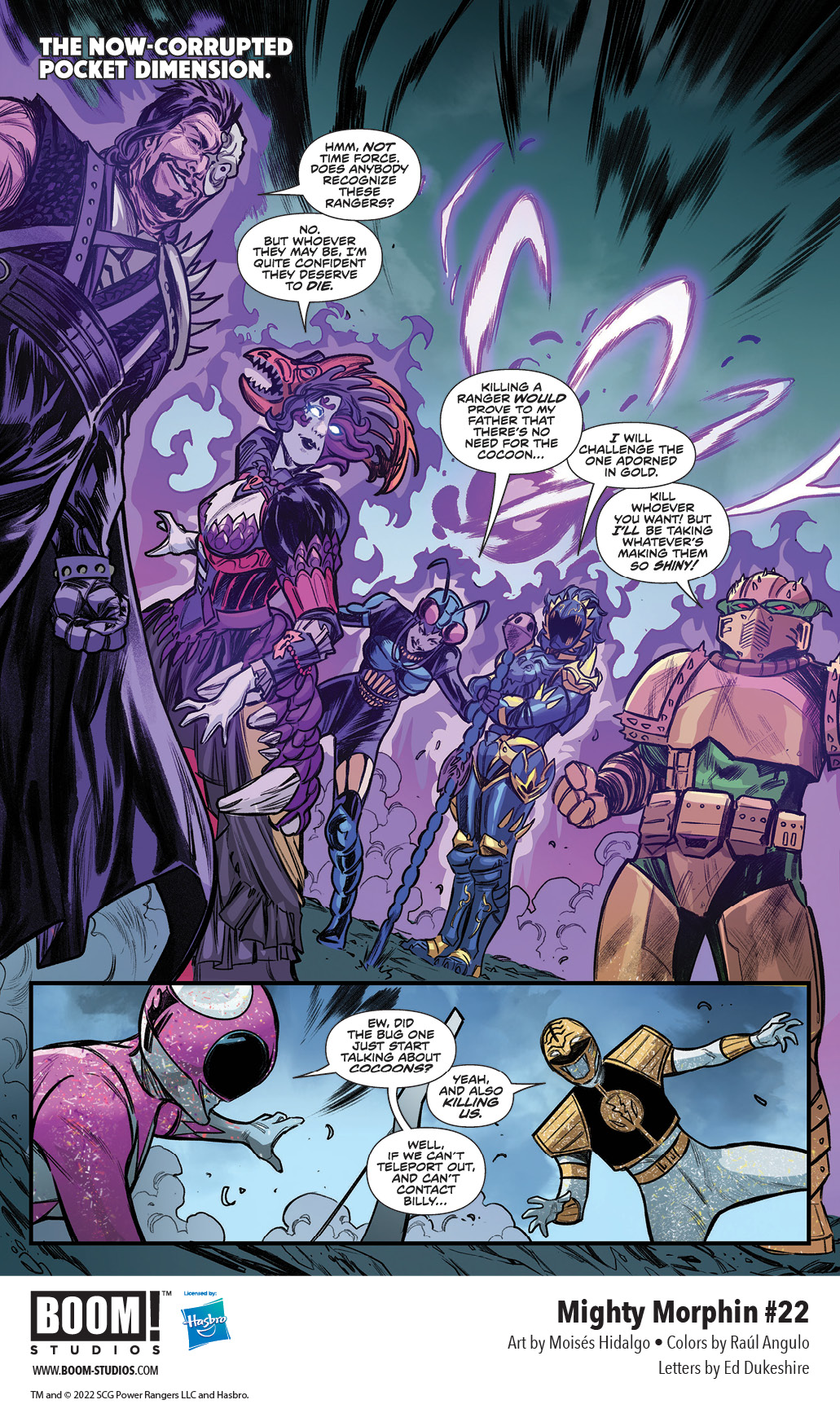 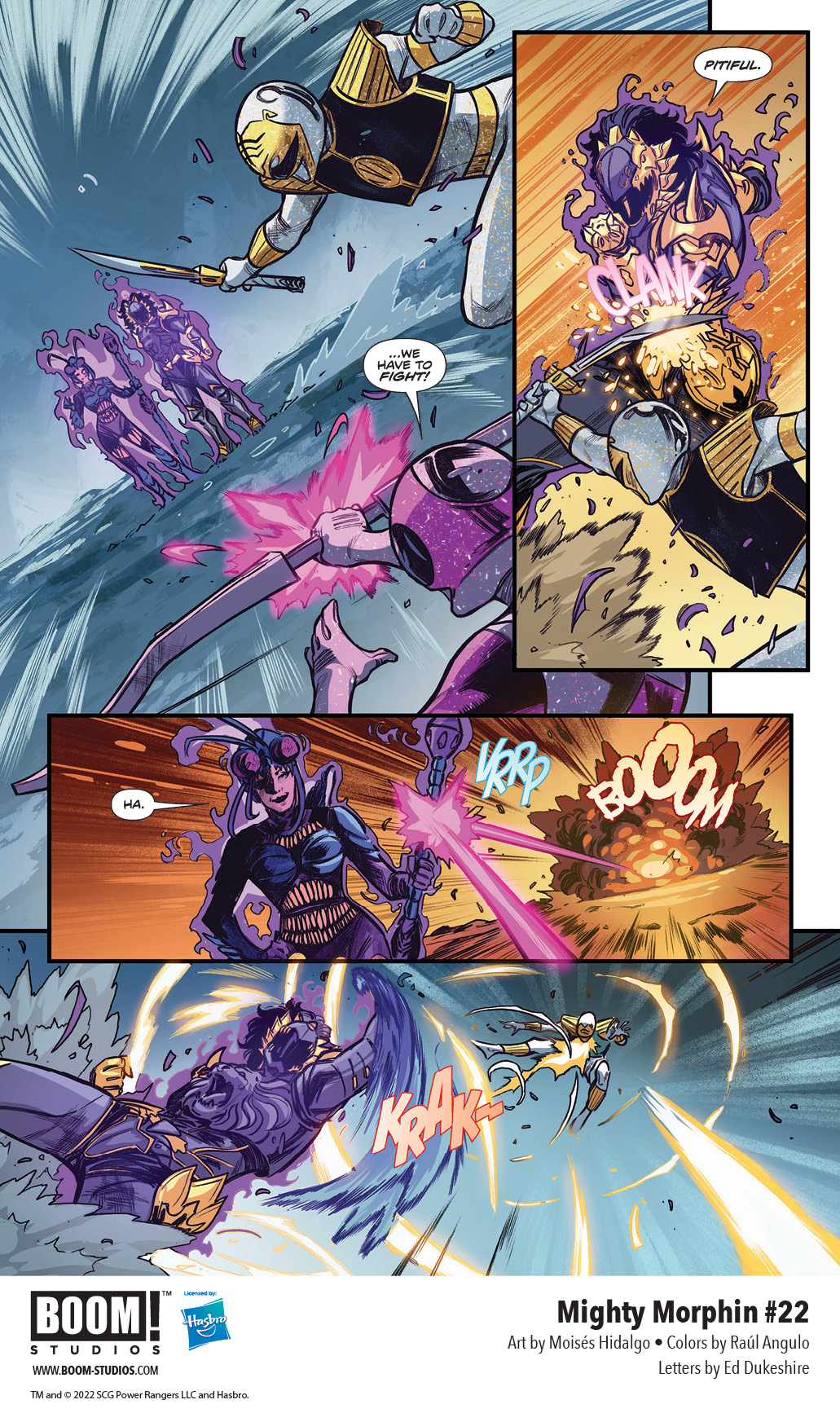 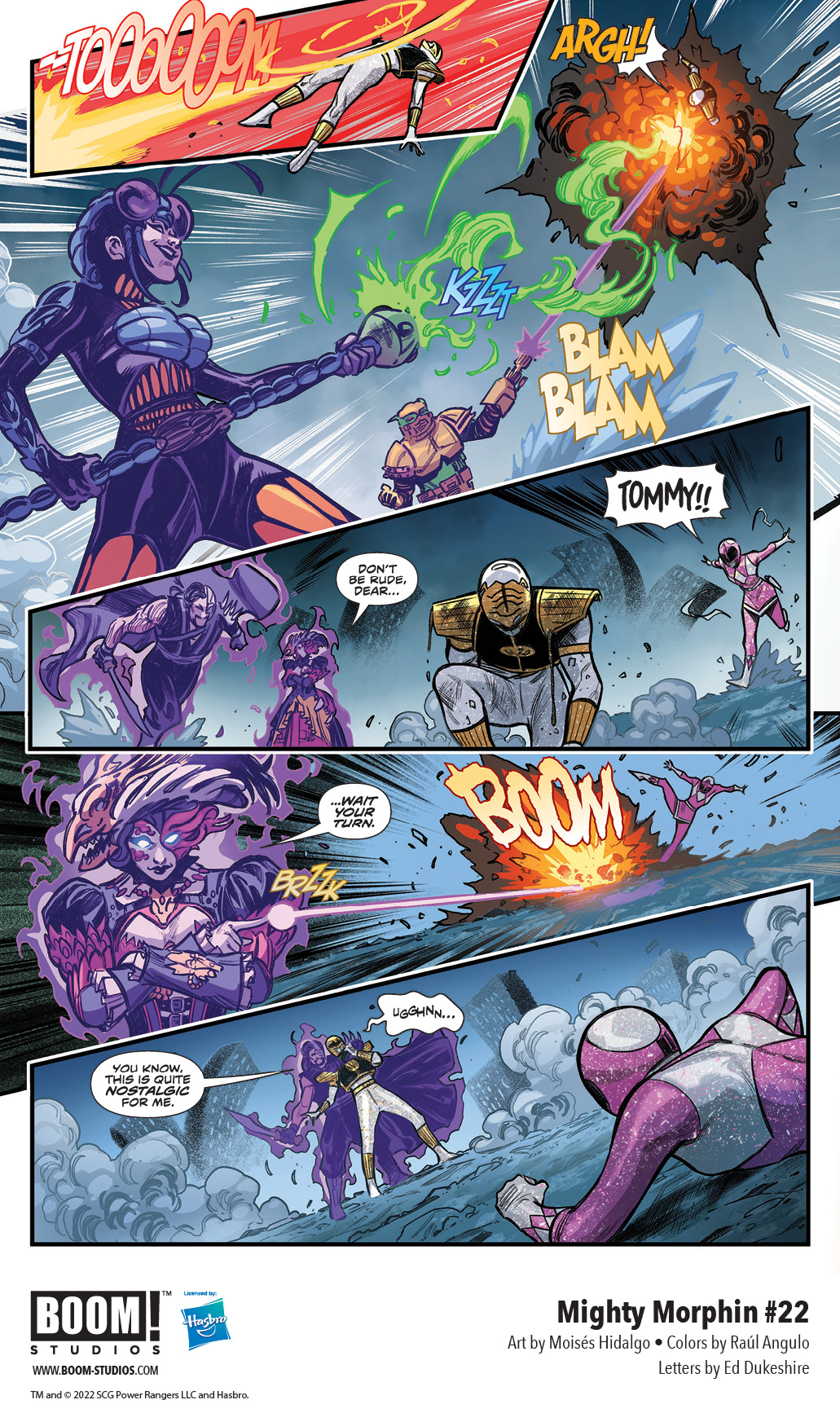 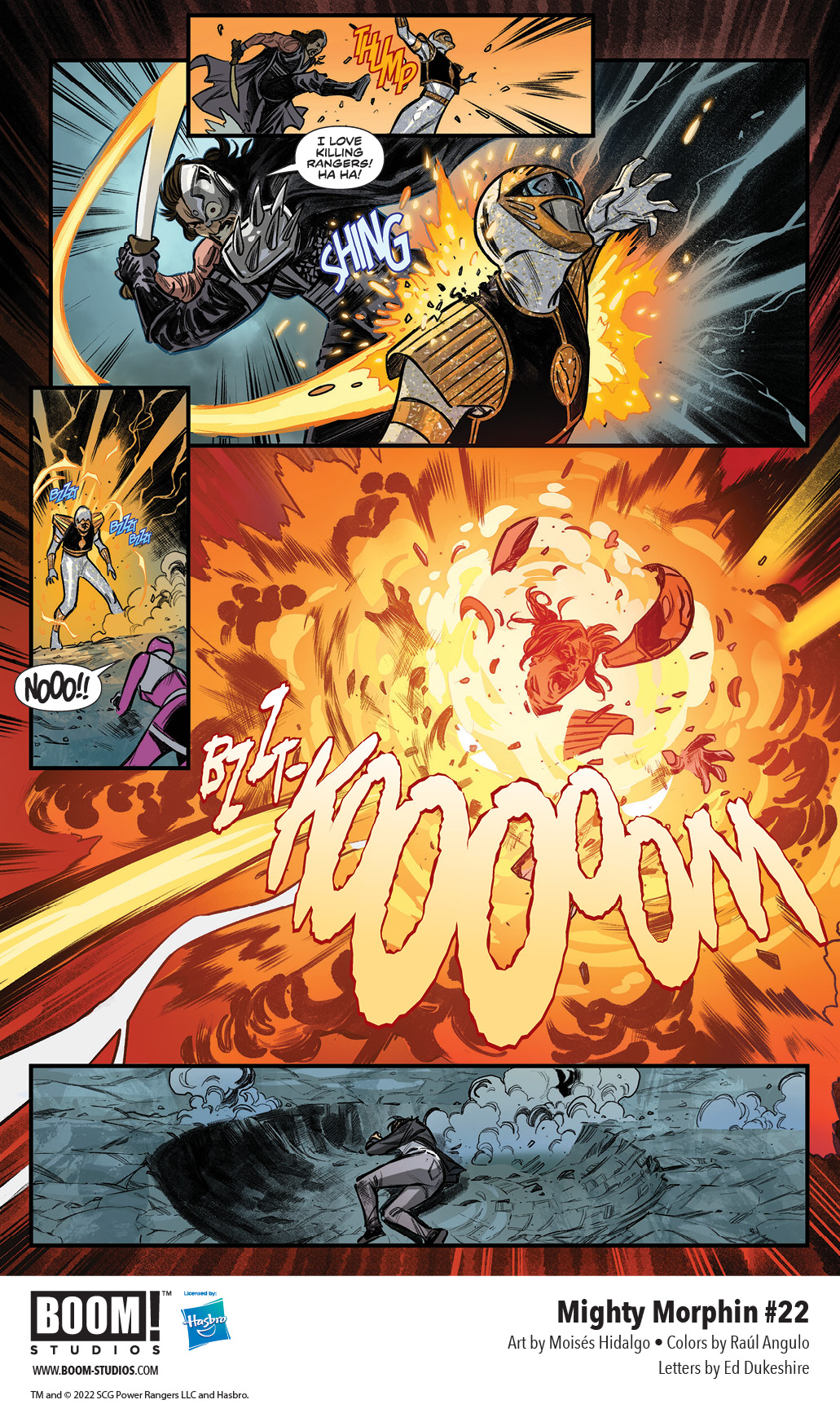 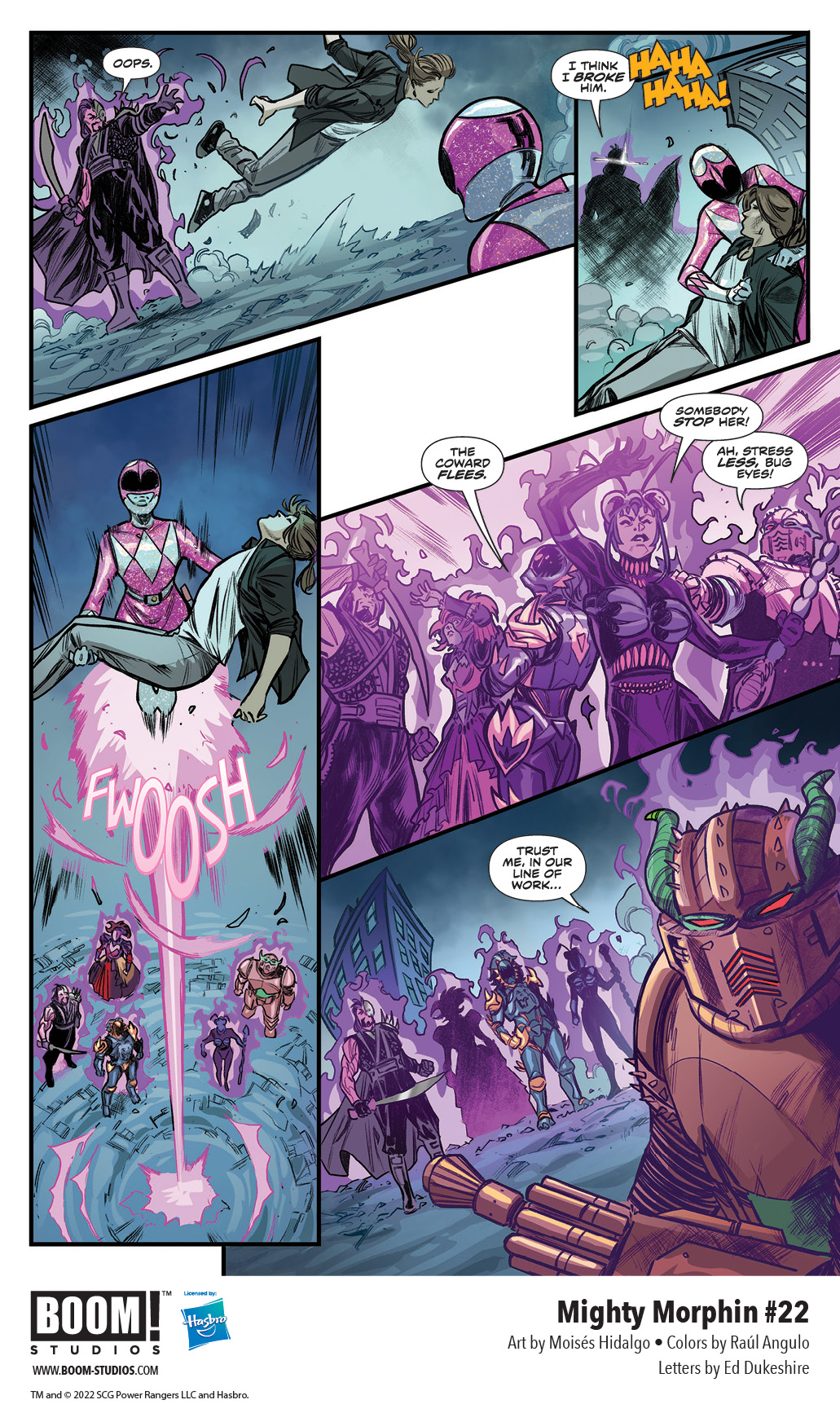