Discover The Comedy Phenomenon in All-New Stories from BOOM! Studios 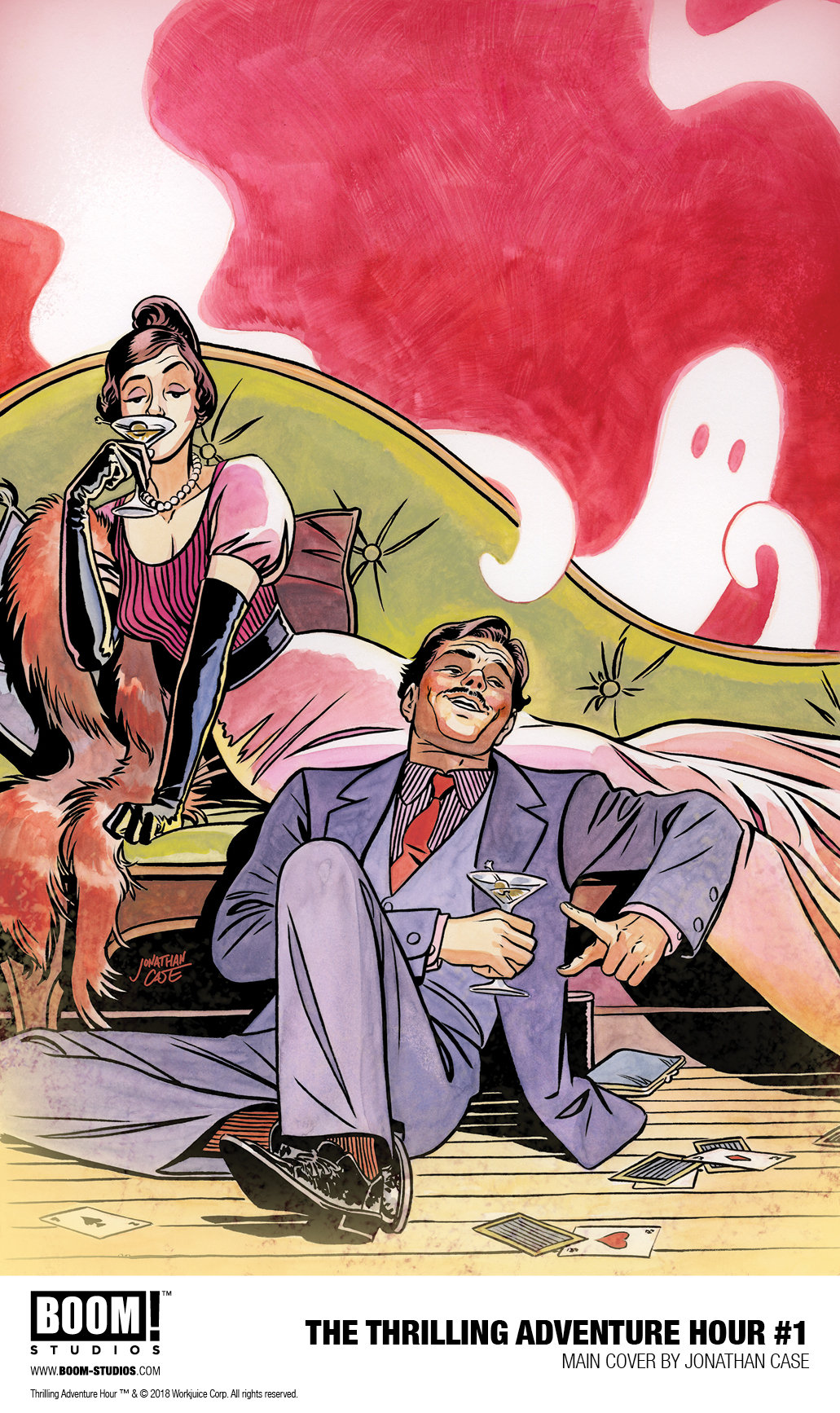 LOS ANGELES, CA (March 27, 2018) – BOOM! Studios is proud to announce THE THRILLING ADVENTURE HOUR #1, kicking off an all-new series from creators Ben Acker and Ben Blacker, along with rising star artist M.J. Erickson, in July 2018. In this new monthly series, based on the wildly popular Hollywood stage show and podcast, Frank and Sadie Doyle are the toast of the upper crust – headliners on the society pages…and they see ghosts. When one night of having a drink (or ten) with friends goes horribly, and perhaps predictably, wrong at a haunted house, the Doyles find themselves in a situation beyond belief.

“We’re utterly thrilled to call BOOM! Studios the new home for Thrilling Adventure Hour comics,” said writers Ben Acker and Ben Blacker. “In addition to collecting our previous, heretofore uncollected, TAH comics work, we’re excited to bring new stories featuring married mediums Frank and Sadie Doyle, Sparks Nevada, Marshal on Mars, and more. We’re looking at the first arc of this new Thrilling Adventure Hour series as an opportunity to re-introduce these characters and bring forth the fun, the humor, and the grounded storytelling that we love about the show and the podcast. We think new readers, as well as existing Adventurekateers, will fall in love with these characters (all over again).”

“I’ve been a fan of the Bens and the Thrilling Adventure Hour for years, so I’m excited to be a part of the latest addition to the comics,” said artist M.J. Erickson. “The characters are vivid and hilarious, and I love the show’s mash-up, no-limits approach to classic genres. I’m also passionate about history and literature, so I can’t wait to expand on the nostalgic and creative visuals that have been explored in the previous comics.”

Also in stores July 2018, THE THRILLING ADVENTURE HOUR: A SPIRITED ROMANCE DISCOVER NOW EDITION is a comic shop-exclusive collection of The Thrilling Adventure Hour Presents: Beyond Belief limited series (previously published by Image Comics) from Acker, Blacker, and artist Phil Hester (Green Arrow), which introduces readers to Frank and Sadie Doyle for the first time. This collection carries an MSRP of $14.99 and features an all-new cover by Hester.

In October, a standard edition of THE THRILLING ADVENTURE HOUR: A SPIRITED ROMANCE, featuring a different cover and including additional behind-the-scenes material, will be released to comic shops and bookstores worldwide, with an MSRP of $14.99. While this standard version will remain in print, THE THRILLING ADVENTURE HOUR: A SPIRITED ROMANCE DISCOVER NOW EDITION will be strictly limited to the initial print run and then never reprinted again.

“The Thrilling Adventure Hour has a comedic voice and creative vibrancy unlike anything else in comics thanks to the incredible characters created by Acker and Blacker,” said Cameron Chittock, Editor, BOOM! Studios. “We’re thrilled that BOOM! Studios is the home for the latest shenanigans of Frank and Sadie Doyle, and all the lovable character they will bring along for the ride.”

Created in 2005 by Ben Acker and Ben Blacker, The Thrilling Adventure Hour is both a popular Hollywood stage show and Nerdist Industry Podcast that pays homage to the timeless Hollywood radio serials. These original and exciting stories crossing a myriad of genres have been performed by actors and comedians such as Paul F. Tompkins, Paget Brewster, Busy Philipps, Nathan Fillion, Linda Cardellini, Patton Oswalt, Neil Patrick Harris, and more.

Print copies of THE THRILLING ADVENTURE HOUR #1 and THE THRILLING ADVENTURE HOUR: A SPIRITED ROMANCE DISCOVER NOW EDITION will be available for sale in July 2018 exclusively at local comic book shops (use comicshoplocator.com to find the nearest one). Digital copies can be purchased from content providers, including comiXology, iBooks, Google Play, and the BOOM! Studios app.

For continuing news on THE THRILLING ADVENTURE HOUR and more from BOOM! Studios, stay tuned to www.boom-studios.com and follow @boomstudios on Twitter. 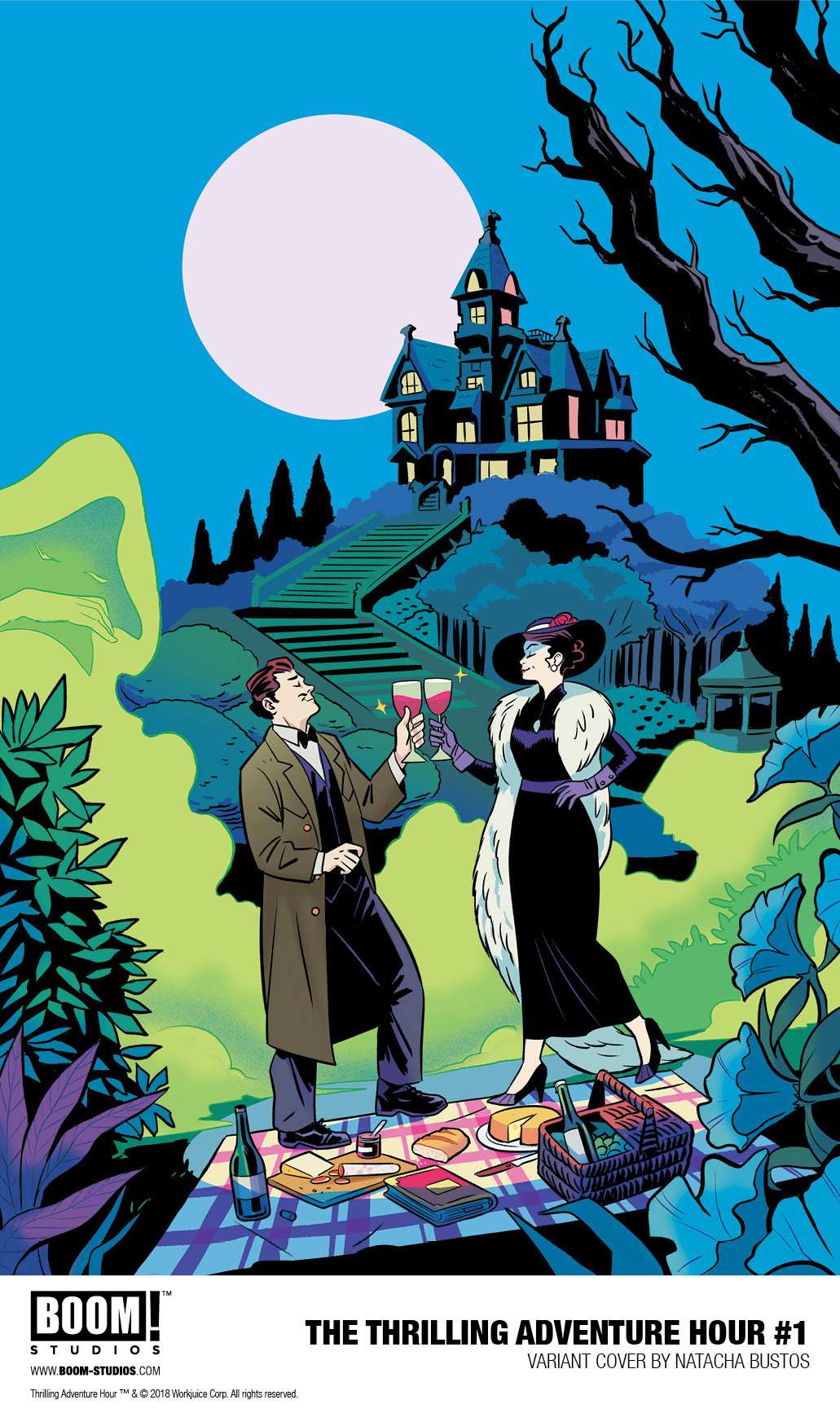 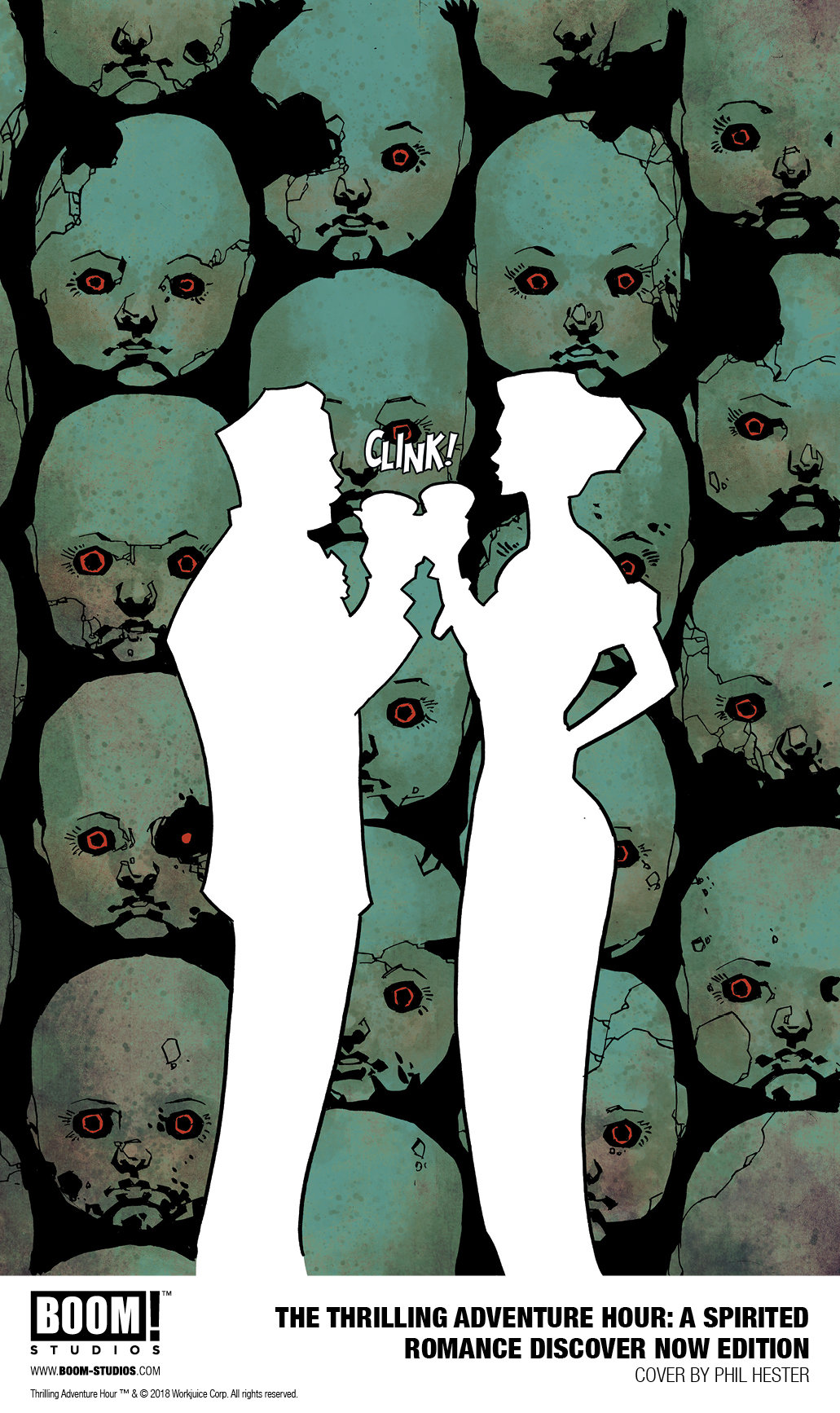