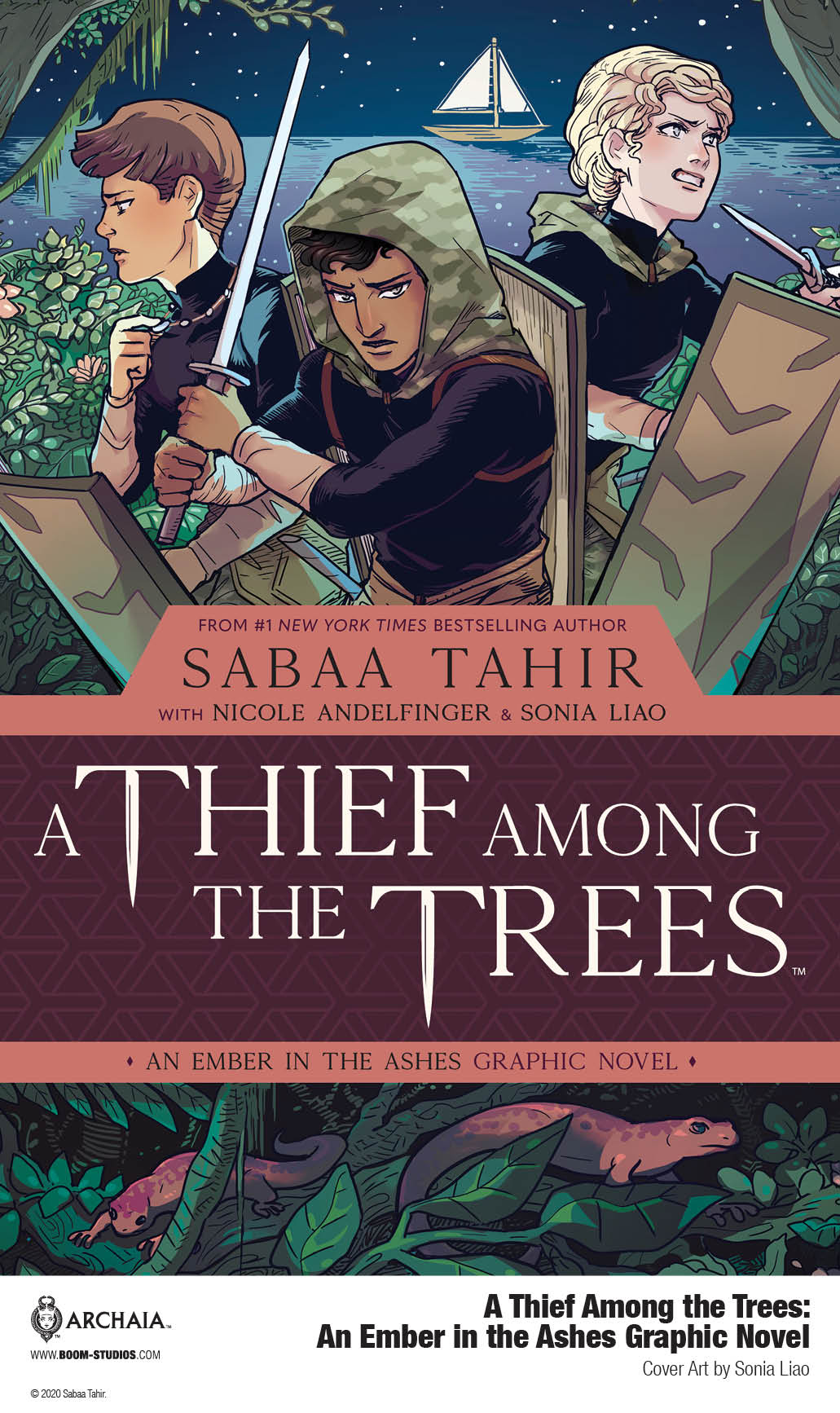 LOS ANGELES, CA (July 2, 2020) – BOOM! Studios is proud to reveal a brand new look at A THIEF AMONG THE TREES: AN EMBER IN THE ASHES GRAPHIC NOVEL, an official prequel to the New York Times bestselling series of novels from creator Sabaa Tahir, writer Nicole Andelfinger (Jim Henson’s The Dark Crystal:Age of Resistance) and artist Sonia Liao (Kulipari: Heritage). A THIEF AMONG THE TREES will be the first graphic novel in a three volume prequel series that will explore the pasts of beloved An Ember in the Ashes series characters.

Elias, Helene, and Tavi are Fivers — in training to become elite military recruits for the Martial Empire at Blackcliff Academy. When they’re sent on a dangerous mission to steal a heavily-guarded poison on Isle South, they soon find themselves up against surprising enemies — including other recruits! As the true horror of their assignment is revealed, these three will begin to confront the harrowing realities of Martial rule, their place in the system . . . and the choices they must make to survive.

A THIEF AMONG THE TREES: AN EMBER IN THE ASHES GRAPHIC NOVEL is the latest release from BOOM! Studios’ ambitious Archaia imprint, home to graphic novels such as Mouse Guard by David Petersen; New World by David Jesus Vignolli; Jane by Aline Brosh McKenna and Ramón Pérez; Persephone by Loïc Locatelli-Kournwsky and licensed series including Lev Grossman’s The Magicians: Alice’s Story, Jim Henson’s The Dark Crystal: Age of Resistance, and Jim Henson’s Labyrinth: Coronation.

Print copies of A THIEF AMONG THE TREES: AN EMBER IN THE ASHES GRAPHIC NOVEL will be available for sale on July 15, 2020 at comic book shops, and on July 14, 2020 at bookstores everywhere, or at the BOOM! Studios webstore. Digital copies can be purchased from content providers, including comiXology, iBooks, Google Play, and Madefire.

For continuing news on A THIEF AMONG THE TREES: AN EMBER IN THE ASHES GRAPHIC NOVEL and more from BOOM! Studios, stay tuned to www.boom-studios.com and follow @boomstudios on Twitter. 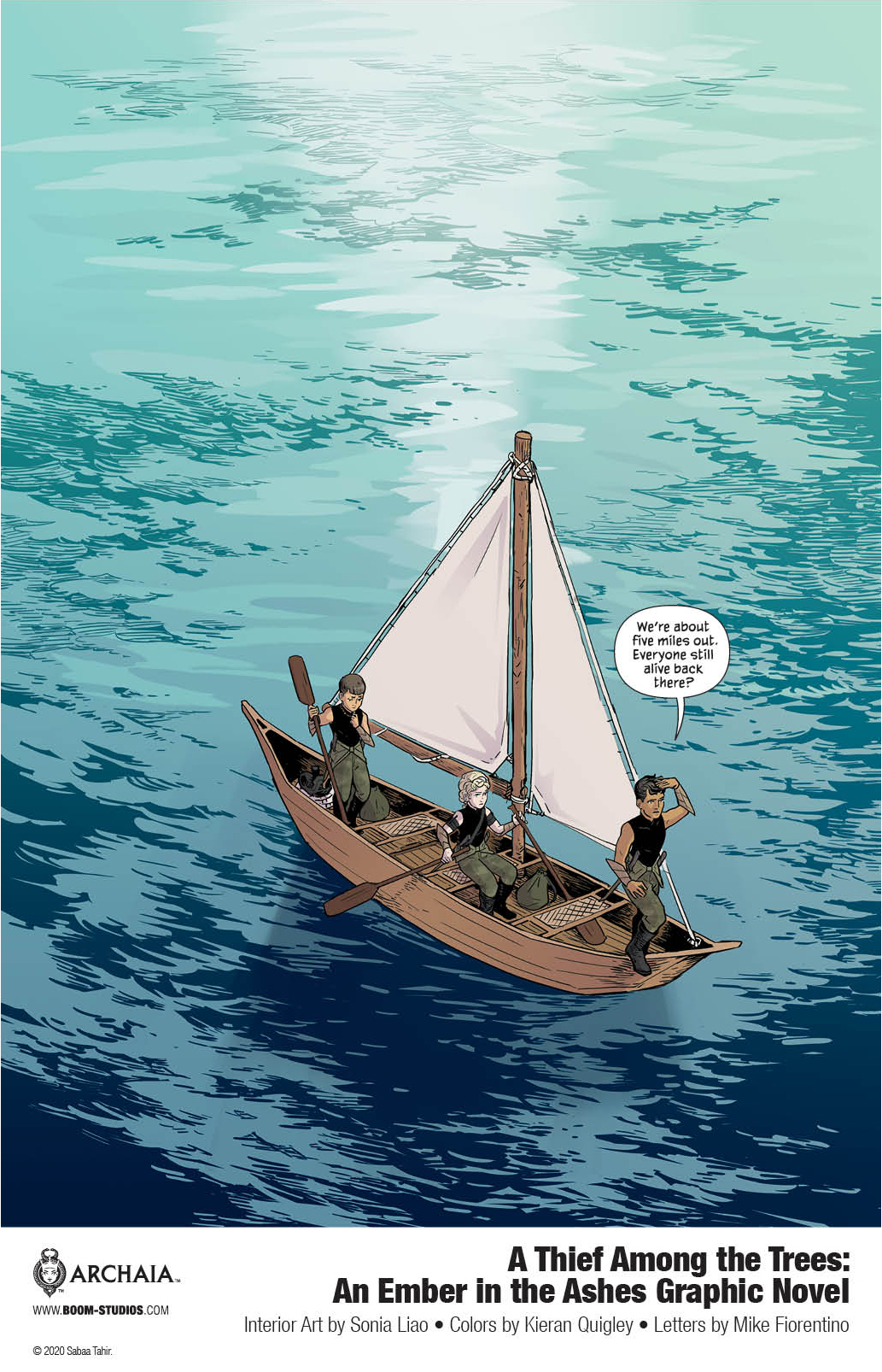 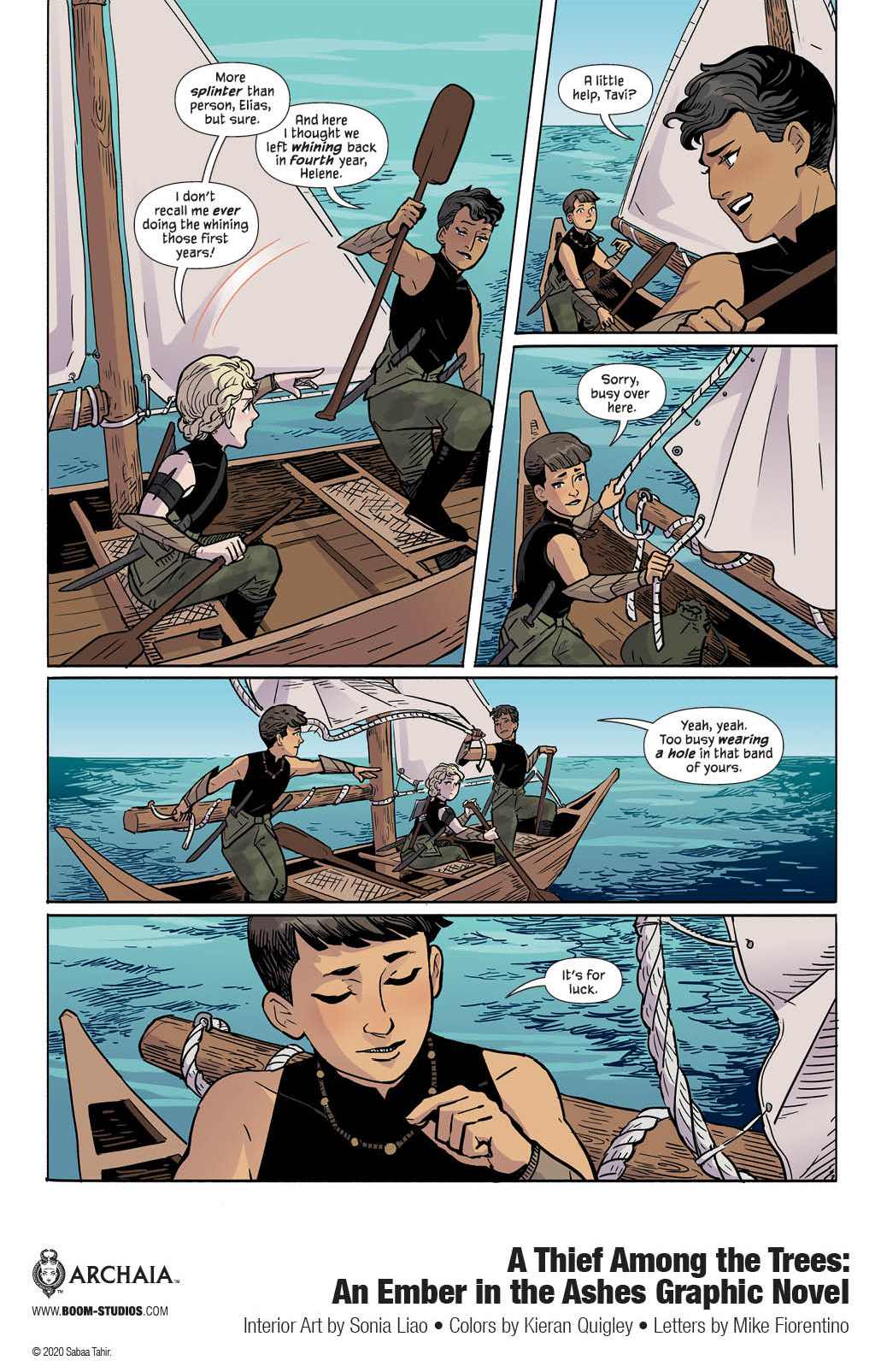 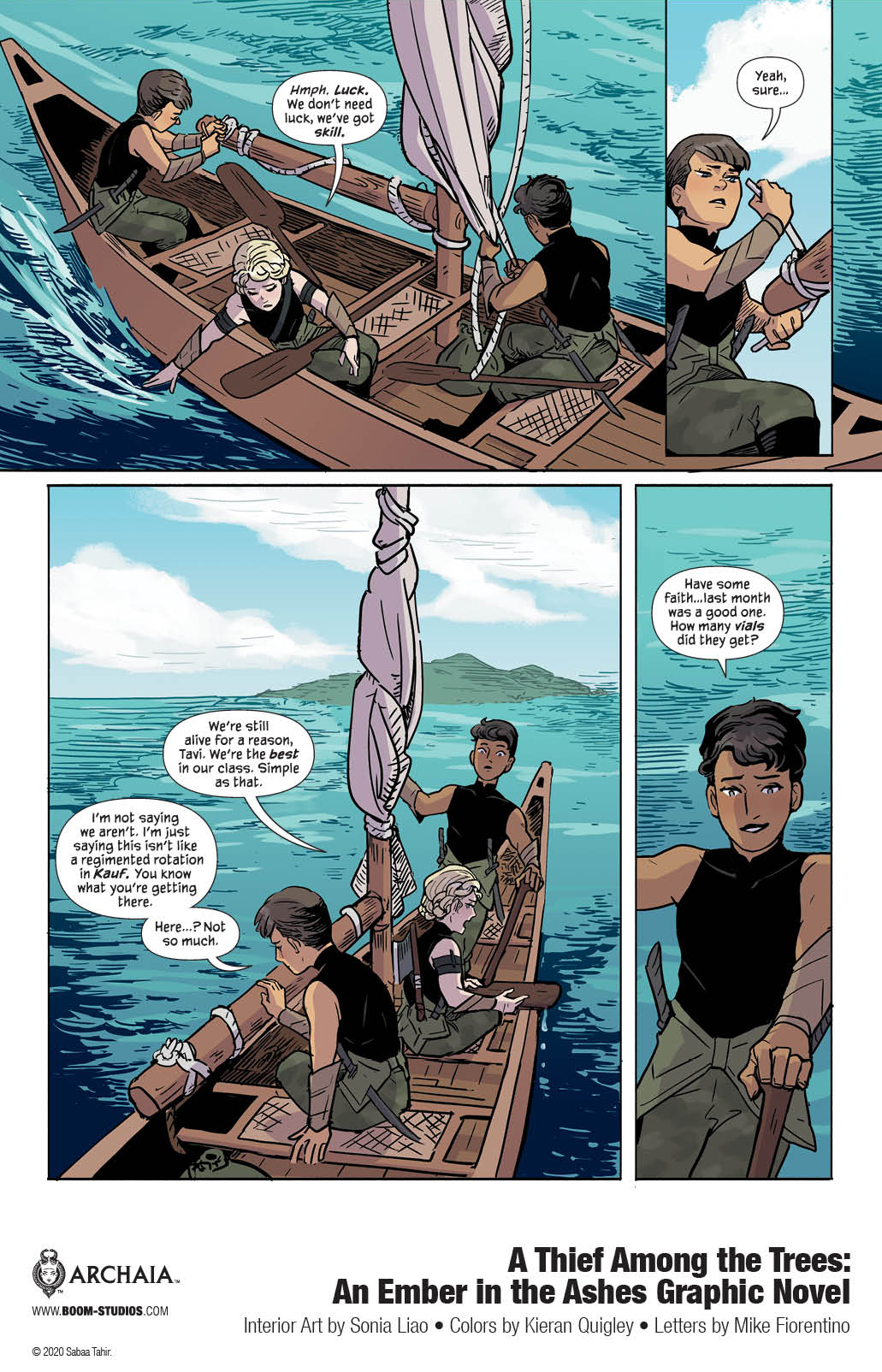 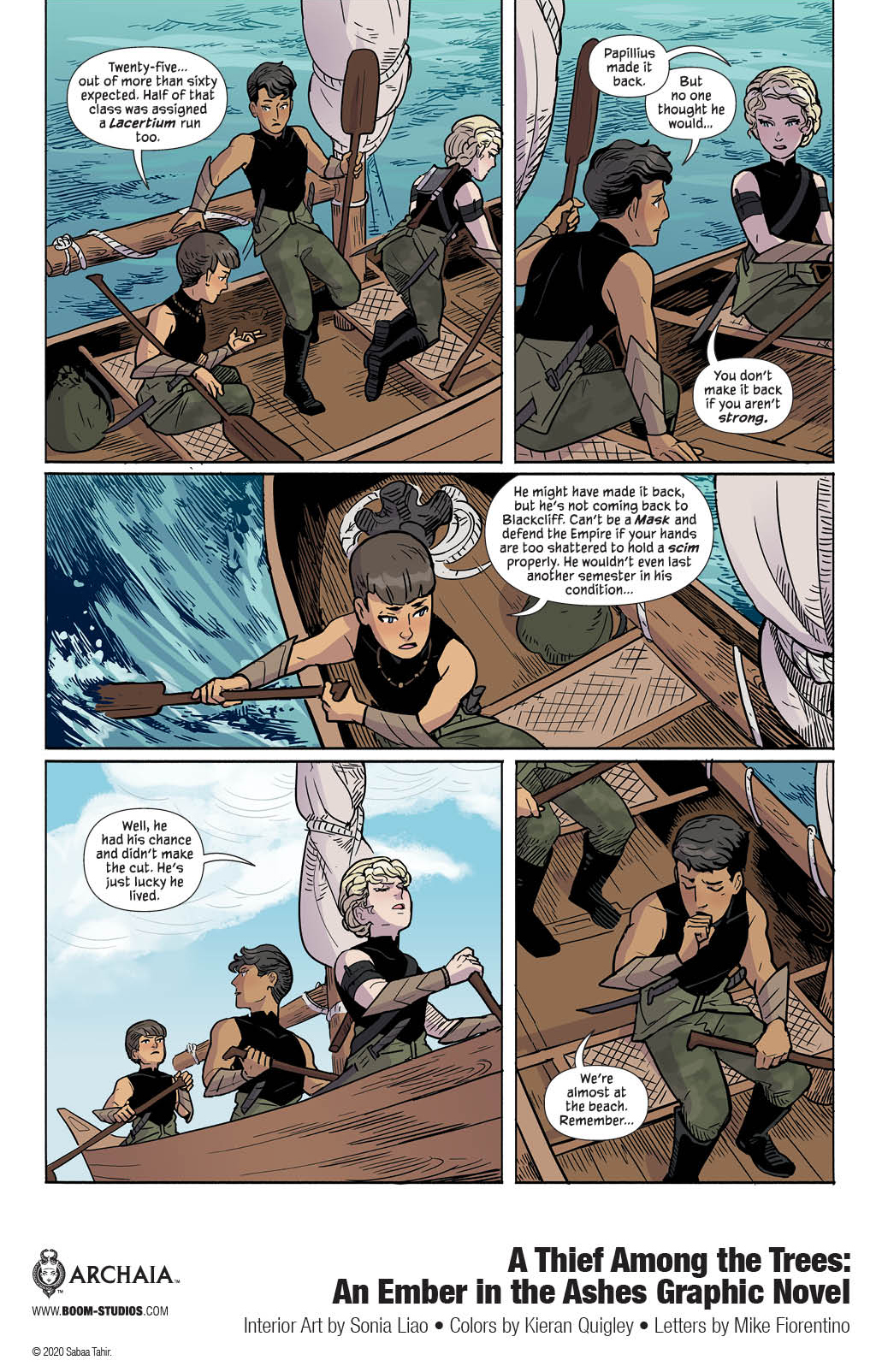 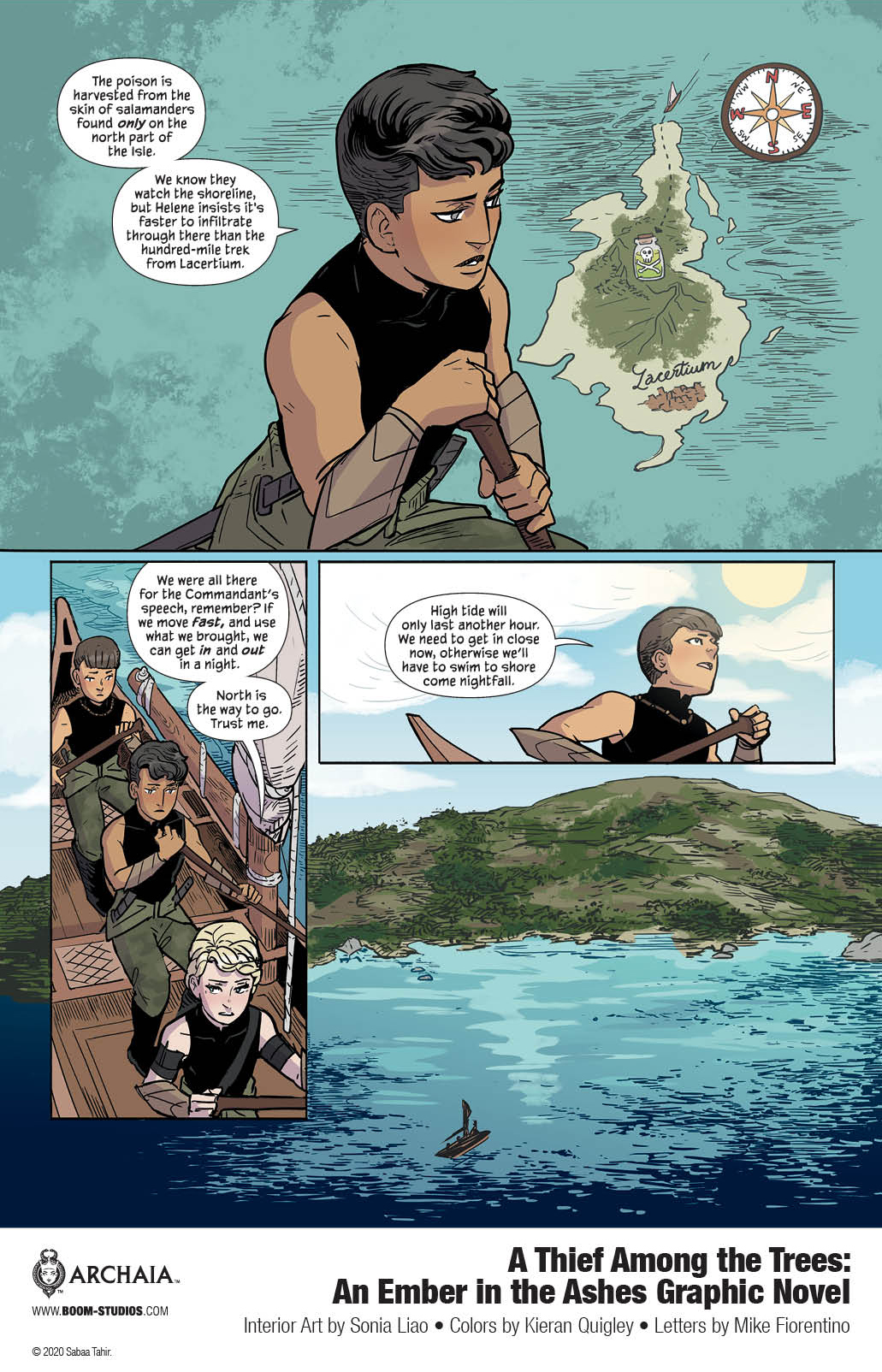 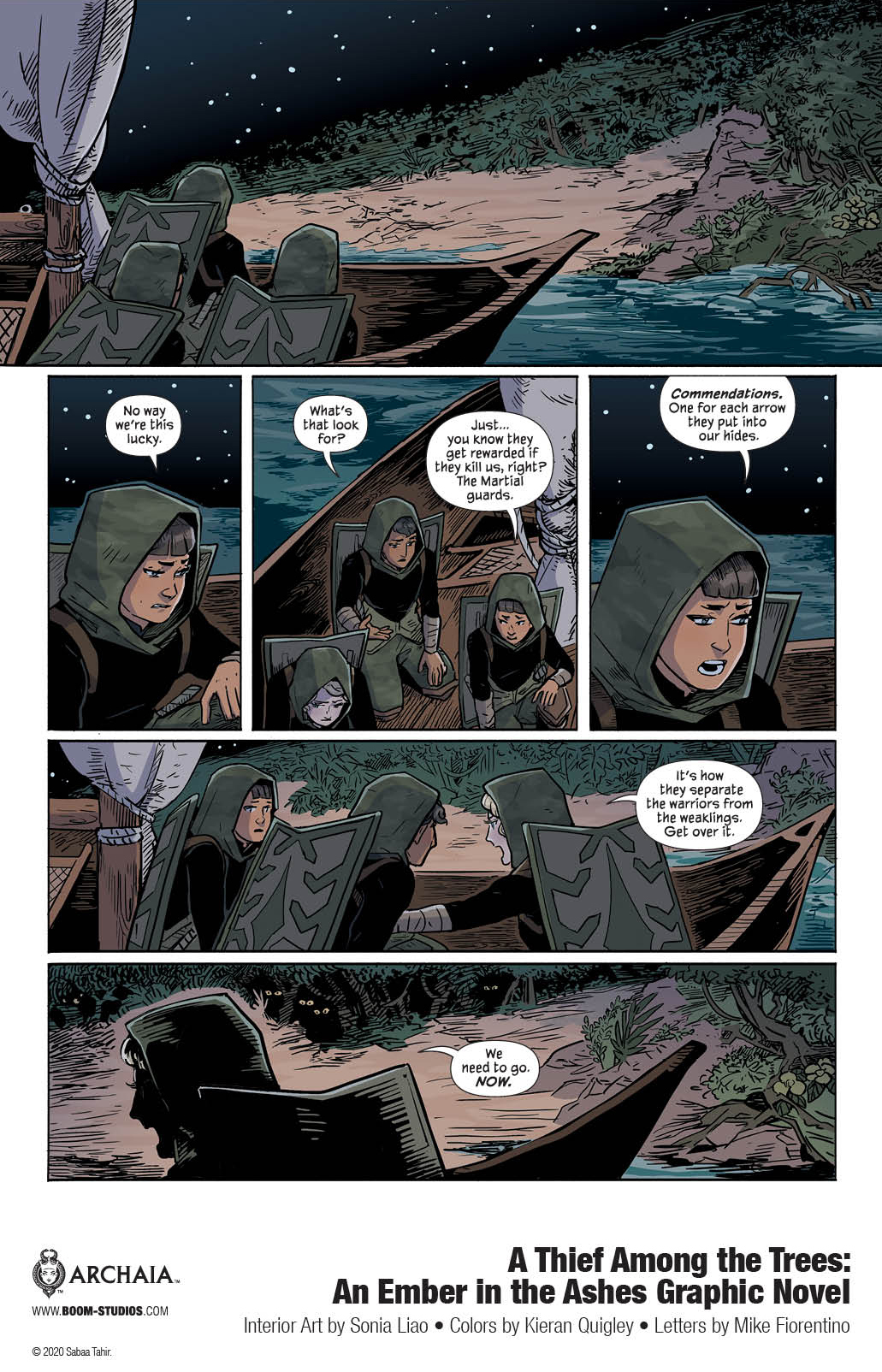 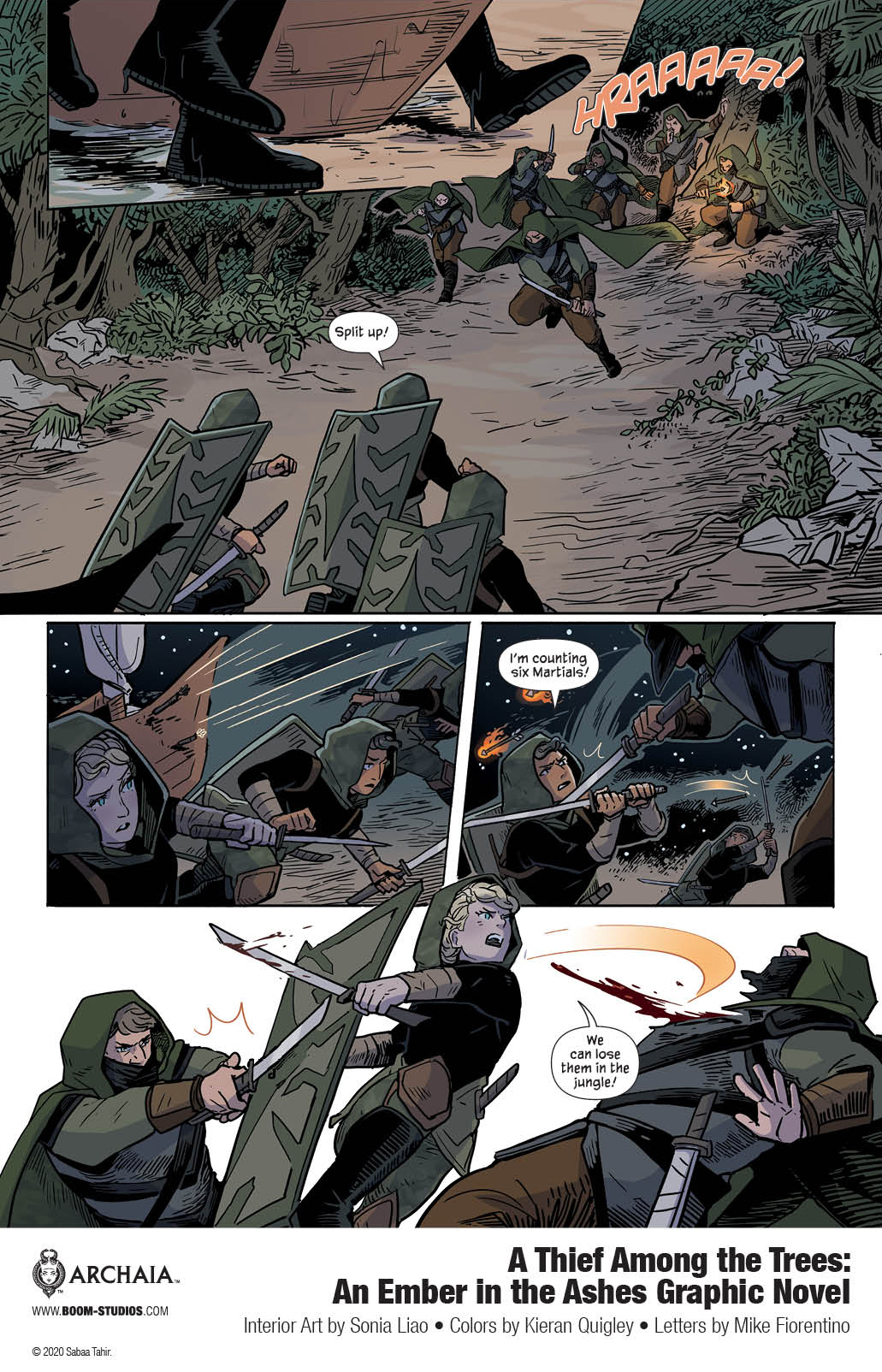 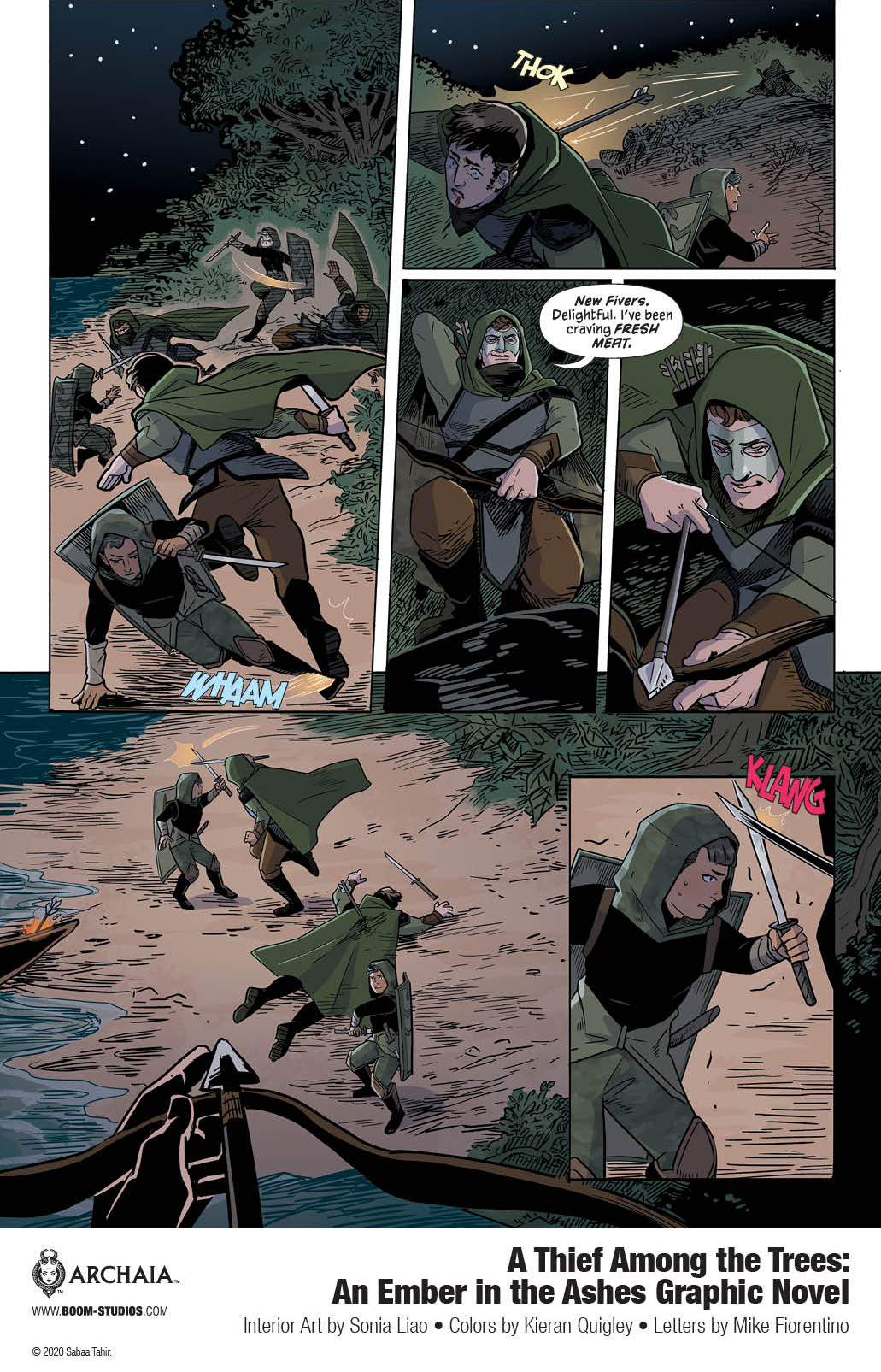 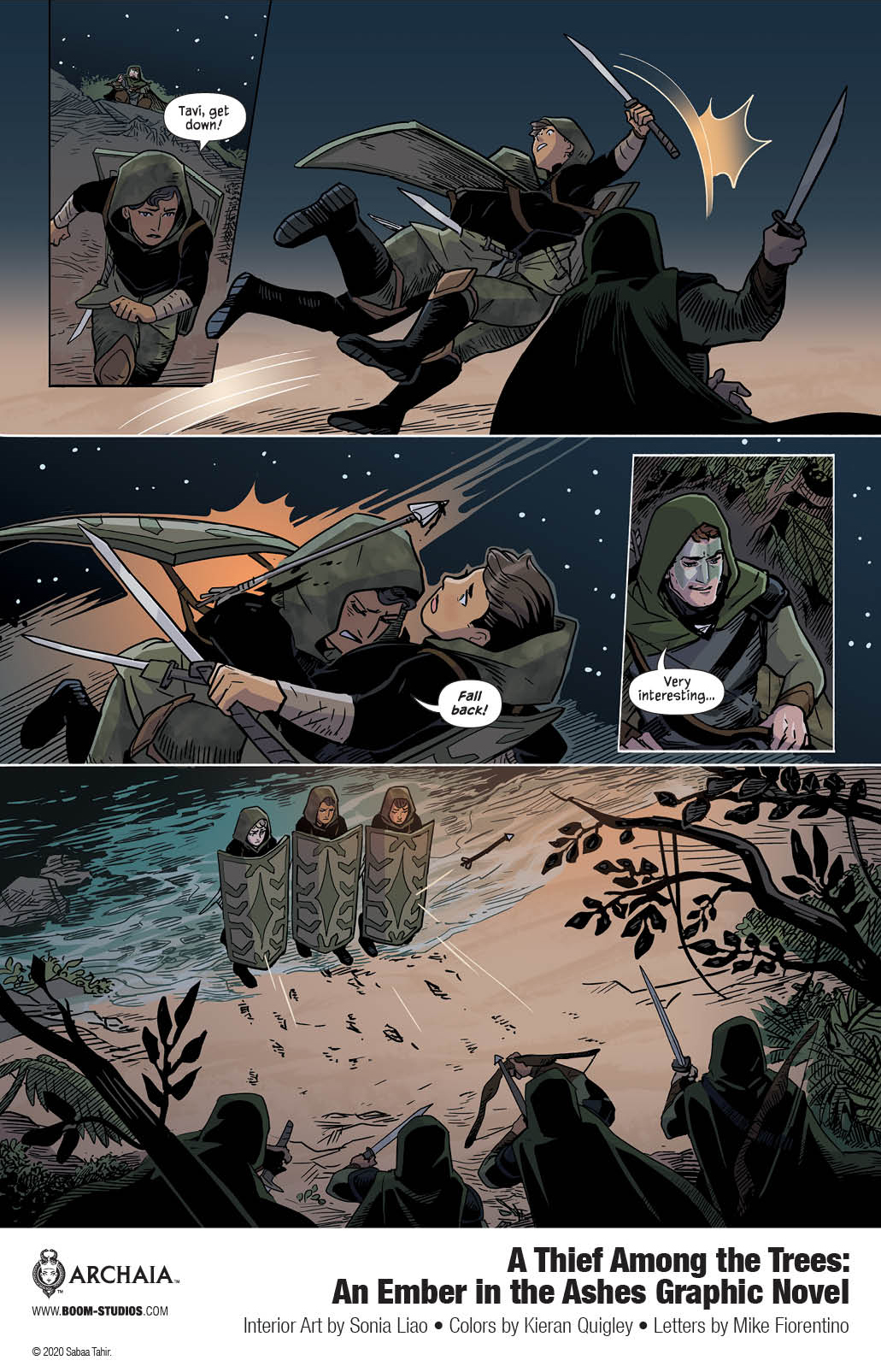 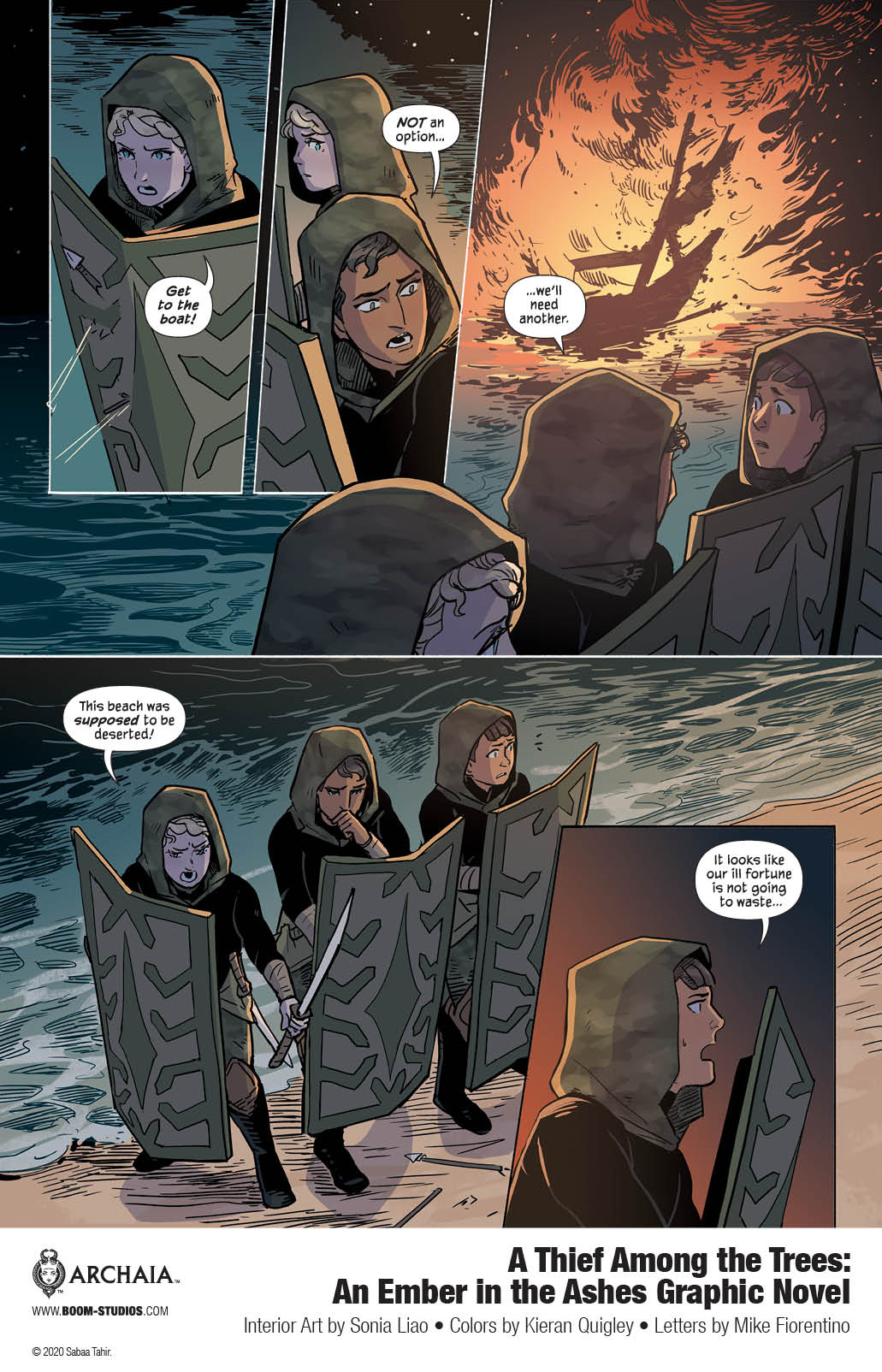 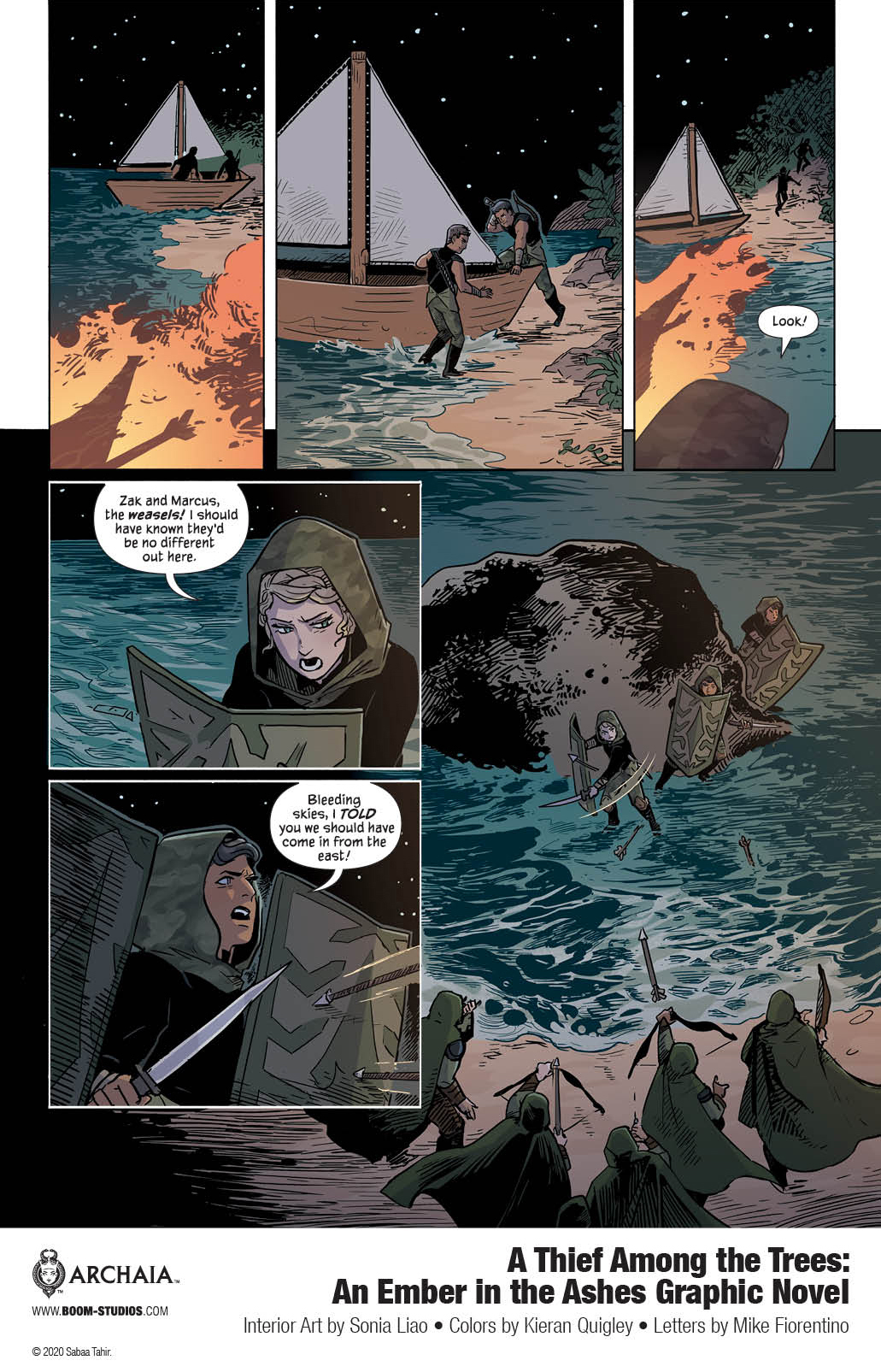 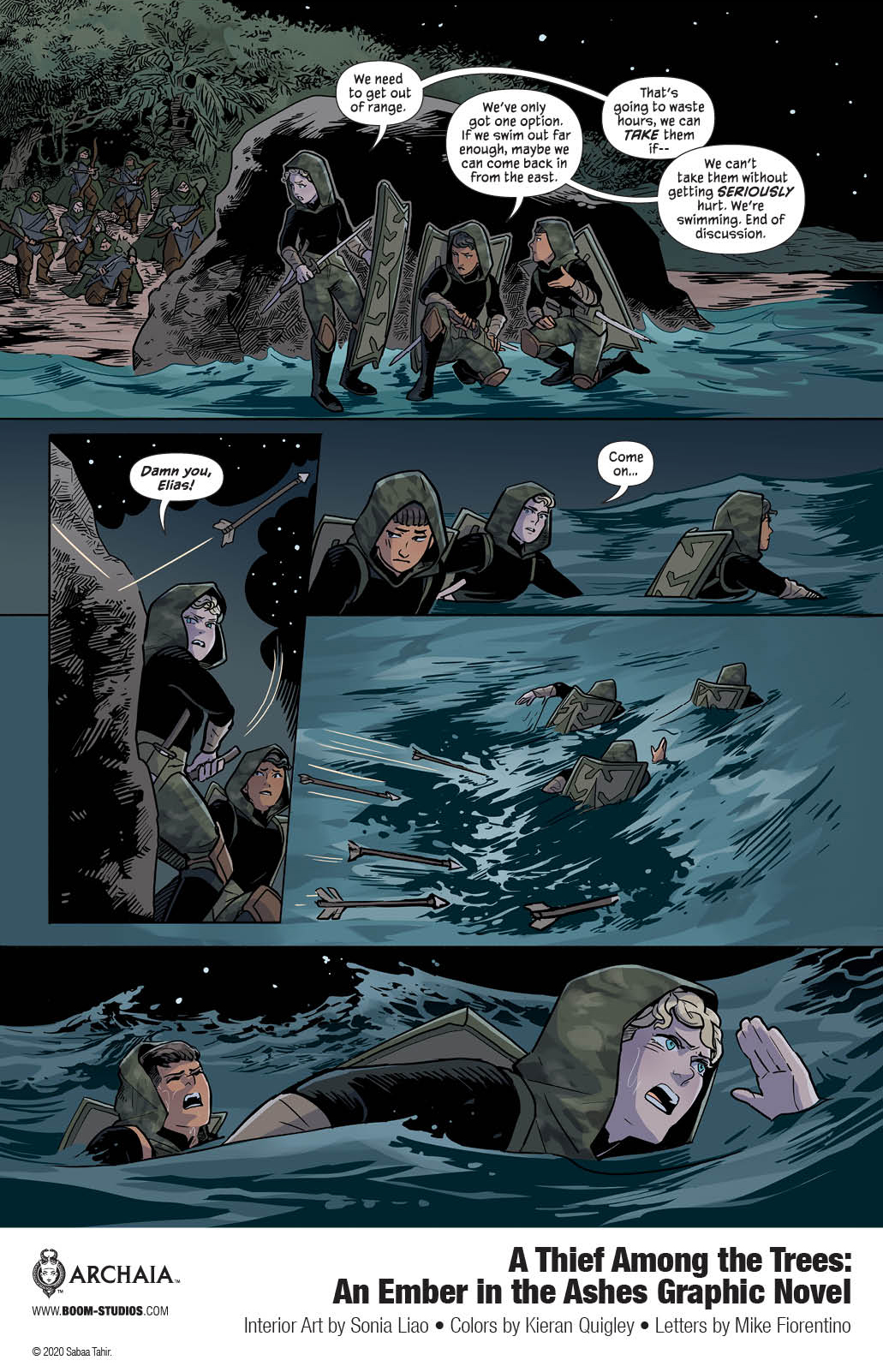 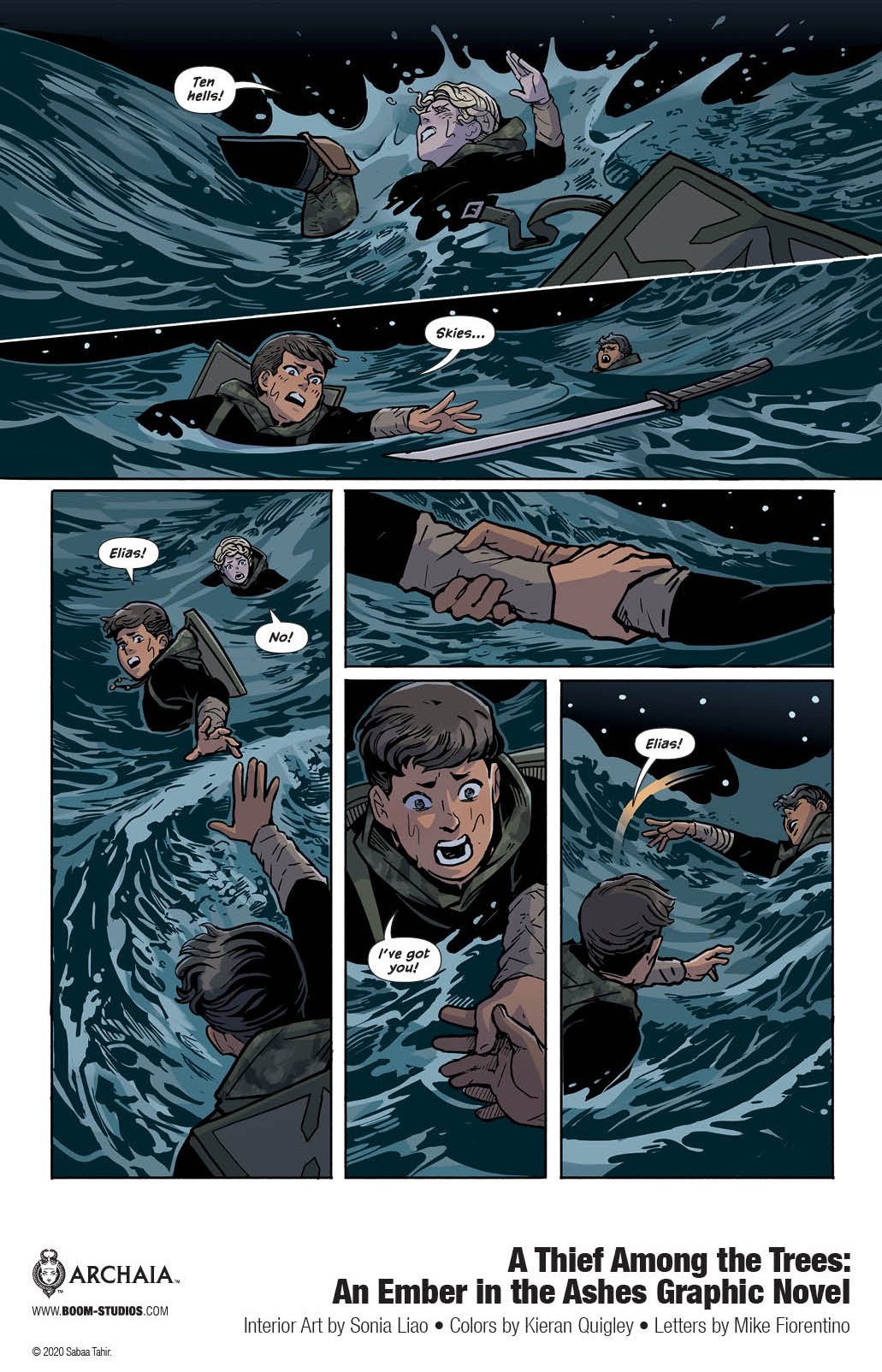 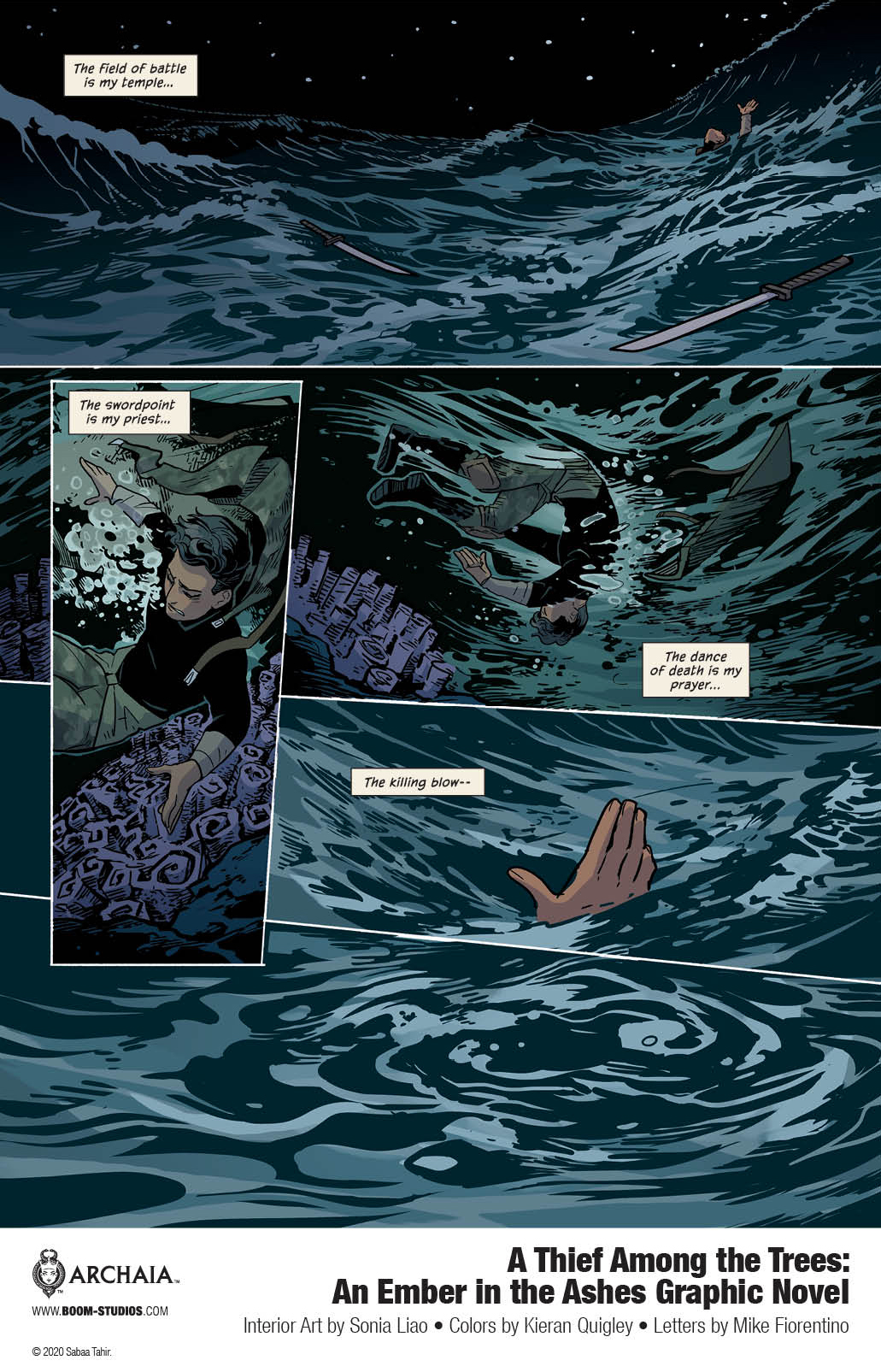