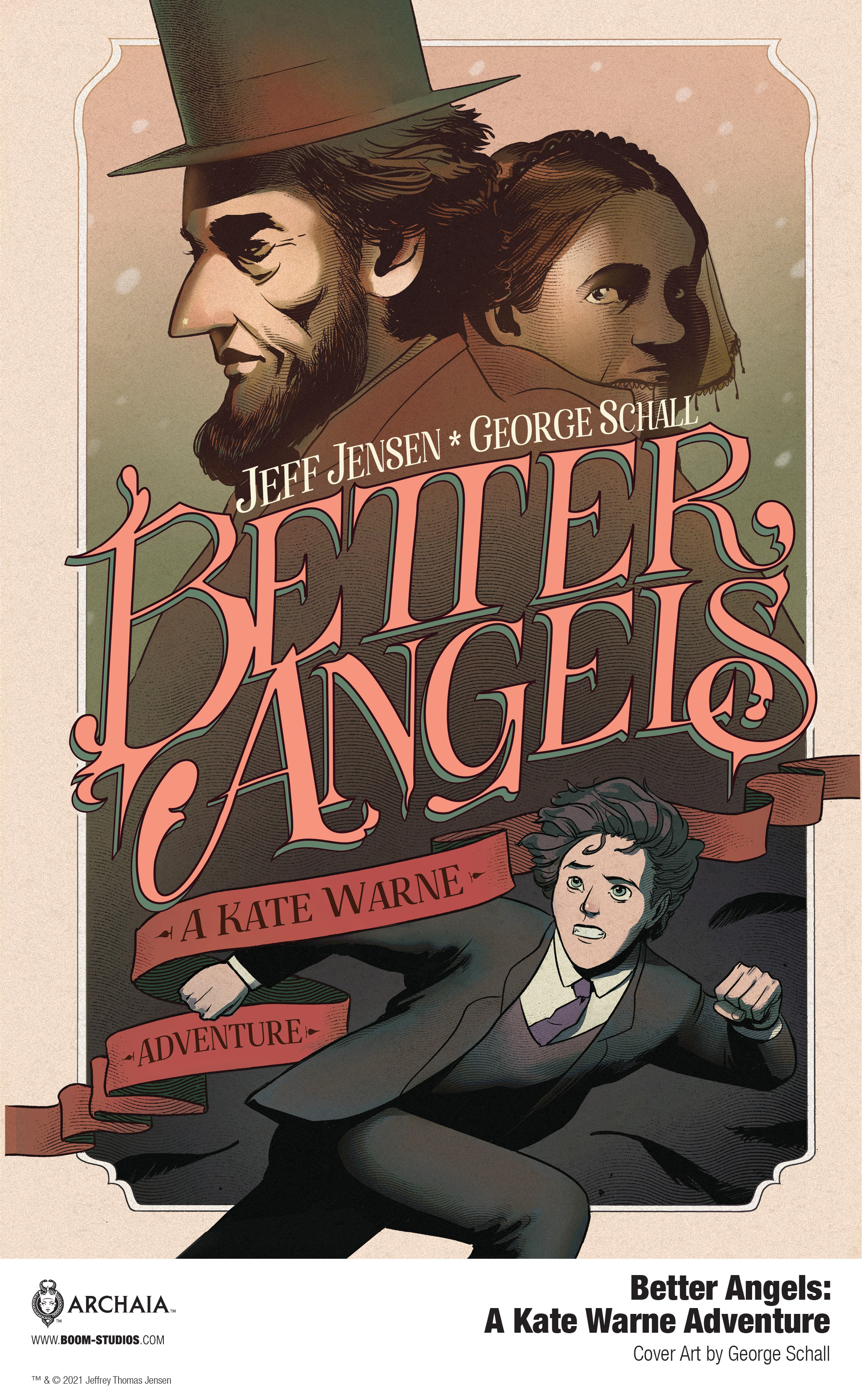 In 1861, America is at a crossroads. Abraham Lincoln, the man tasked with healing the nation, and his family are the targets of a conspiracy to assassinate them. Their safety – and the future of the American experiment – hinges on the success of a new kind of lawman, known by a word still novel in the culture: detective.

But there was only one detective whose extraordinary cleverness, versatility and mystery made them a singular individual who could save the Lincolns. Her name was Kate Warne. This is the true story of America’s first woman detective, who saved the life of her country’s greatest president and changed the course of history forever.

Print copies of BETTER ANGELS: A KATE WARNE ADVENTURE will be available for sale on October 27, 2021 at local comic book shops (use comicshoplocator.comto find the nearest one), on November 2, 2021 in bookstores, or at the BOOM! Studios webstore. Digital copies can be purchased from content providers, including comiXology, iBooks, Google Play, and Kindle.

For continuing news on BETTER ANGELS: A KATE WARNE ADVENTURE and more from BOOM! Studios, stay tuned to www.boom-studios.com and follow @boomstudios on Twitter. 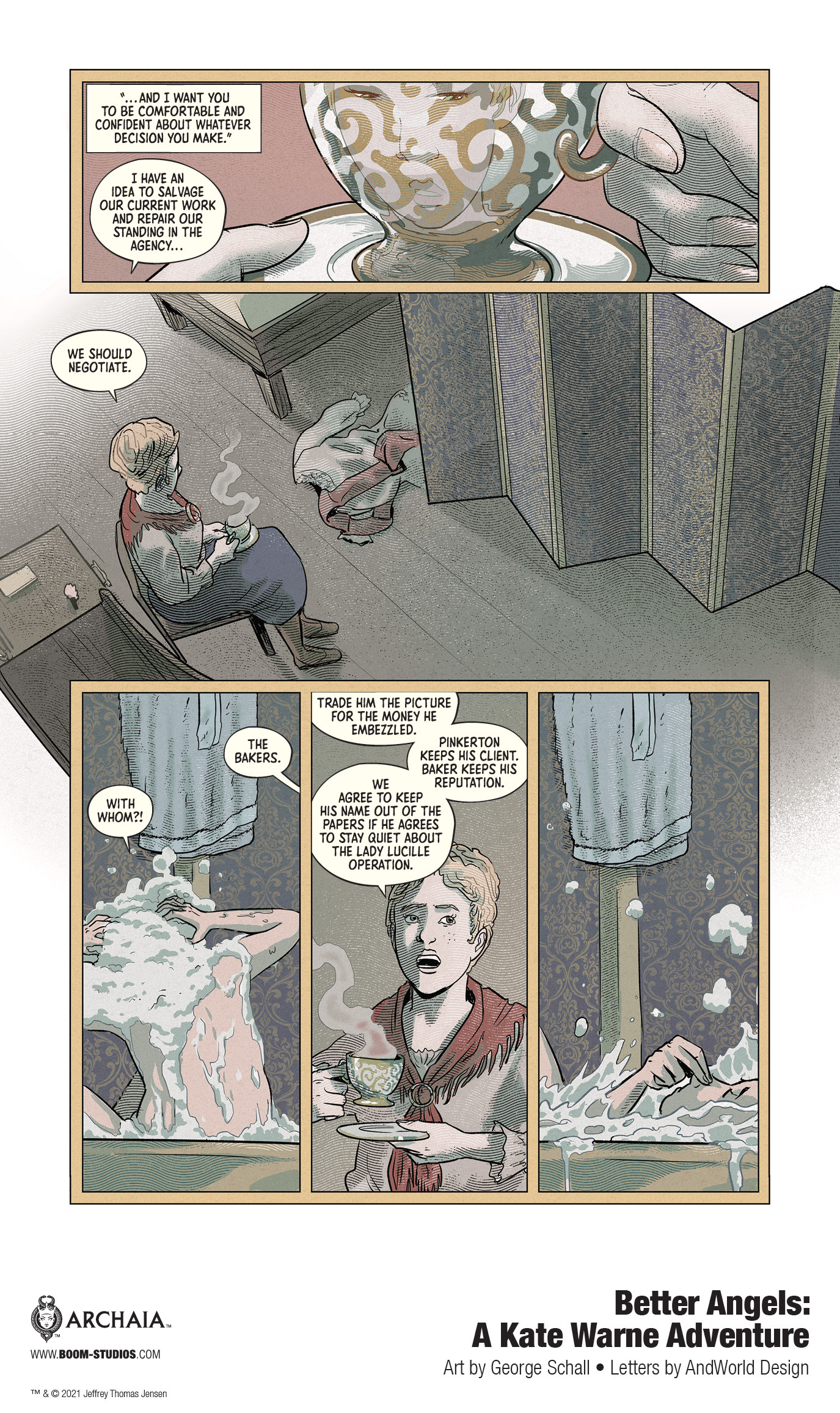 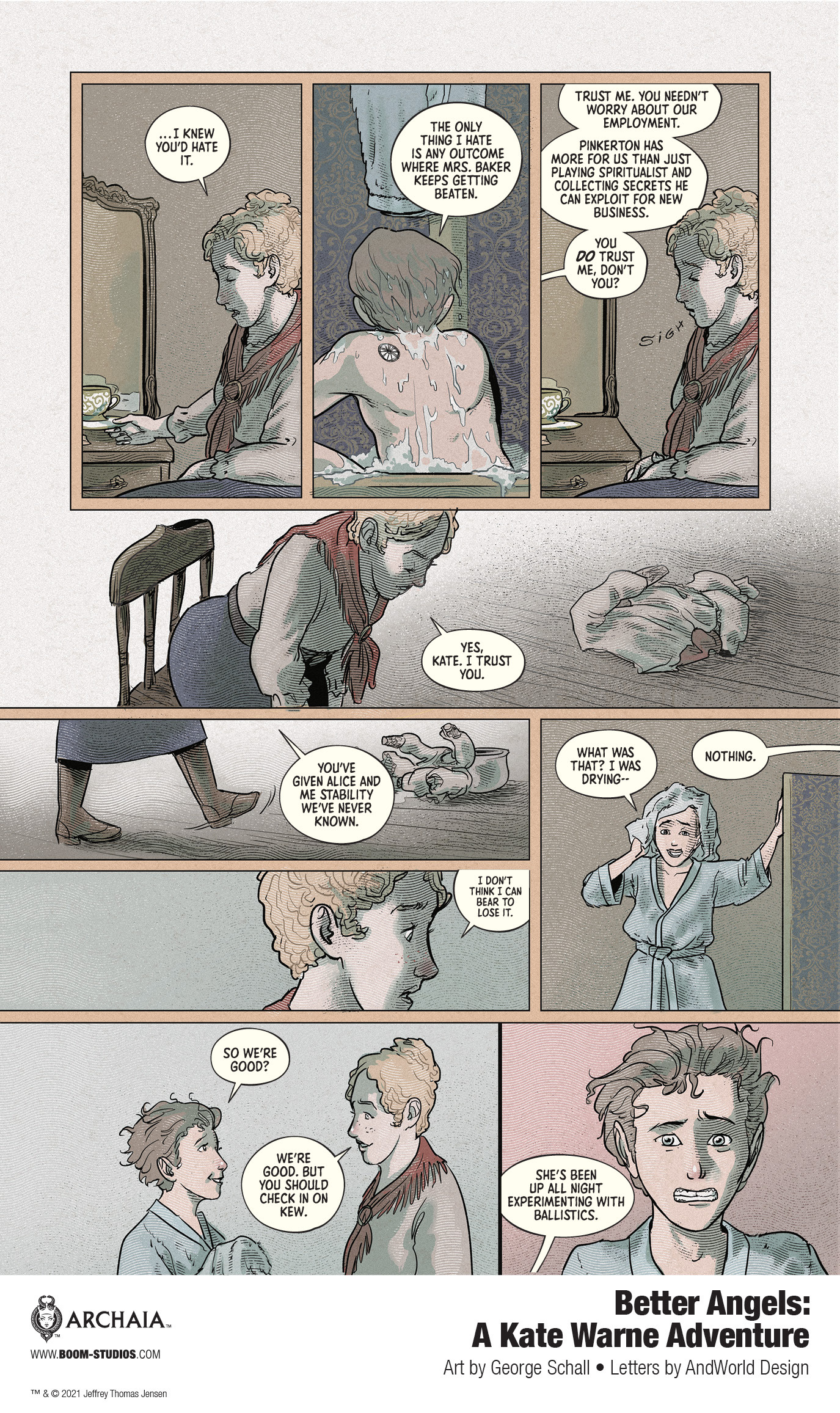 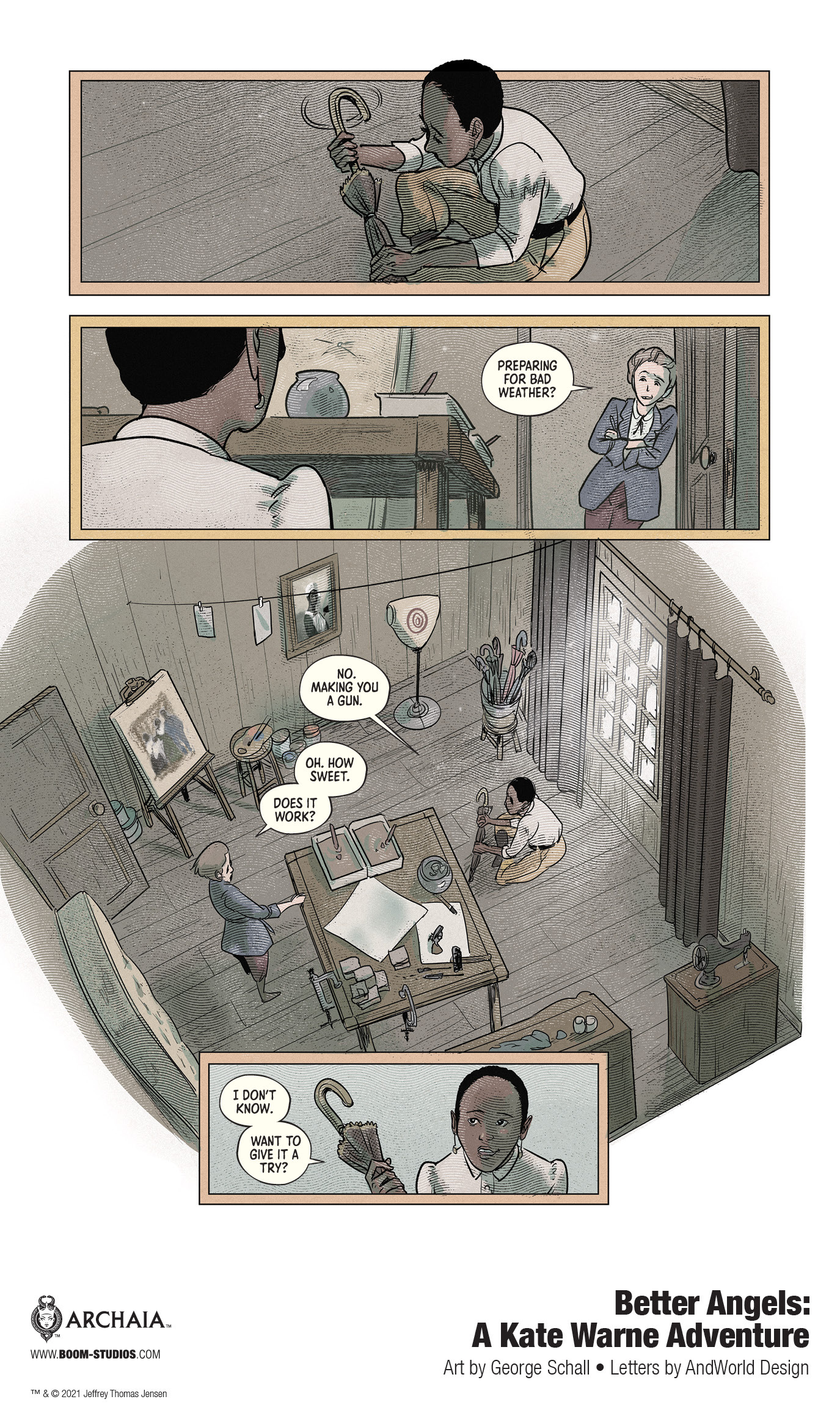 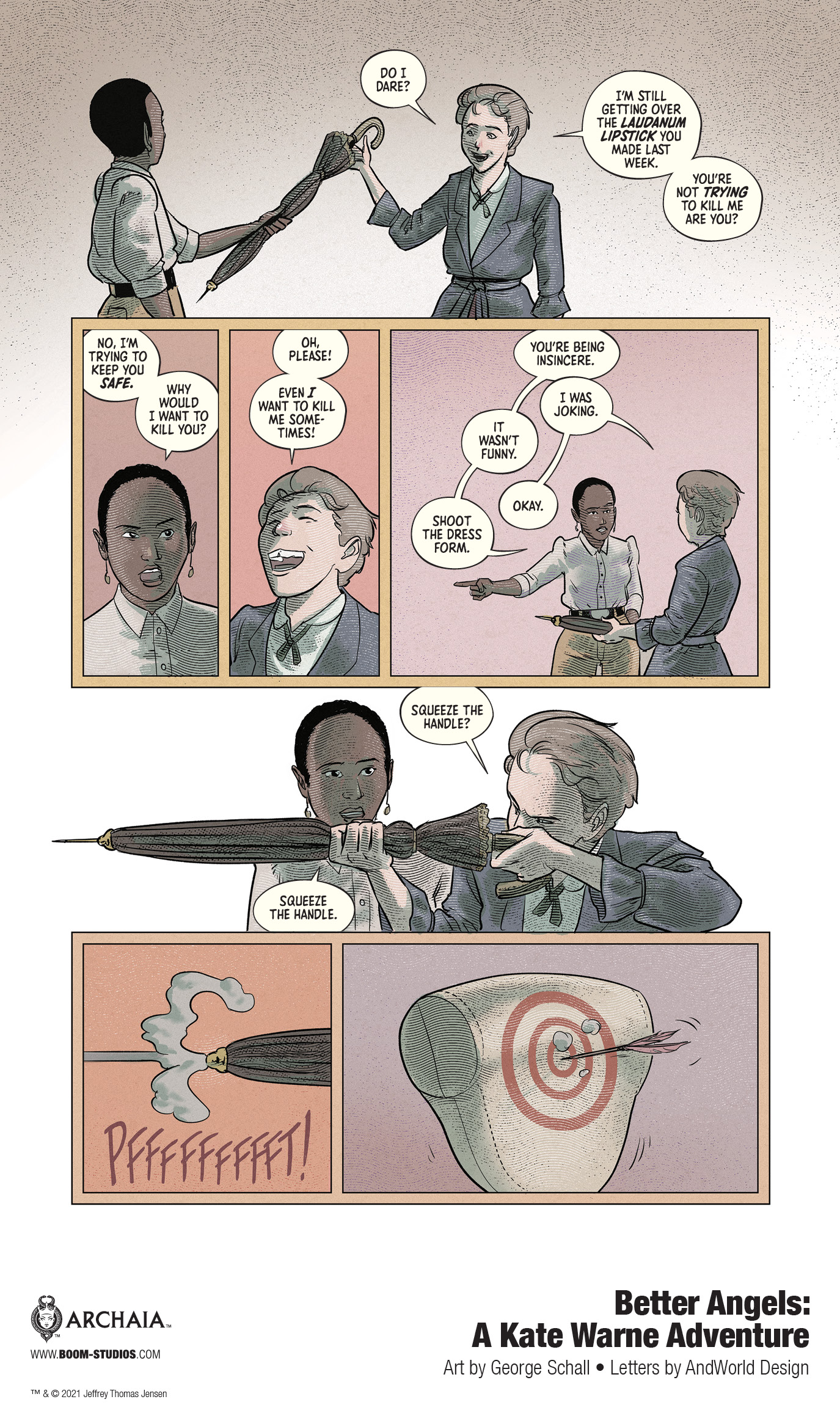 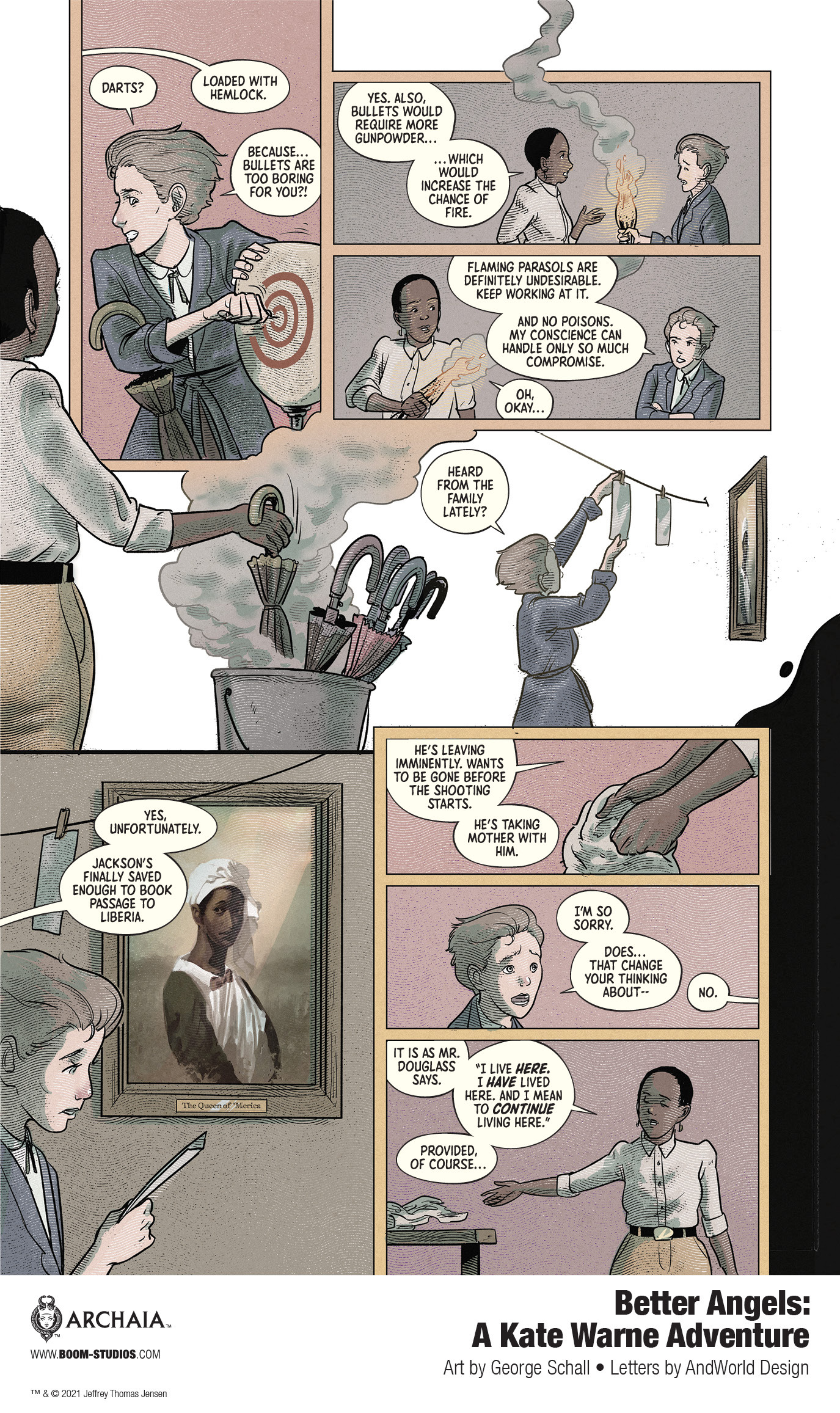 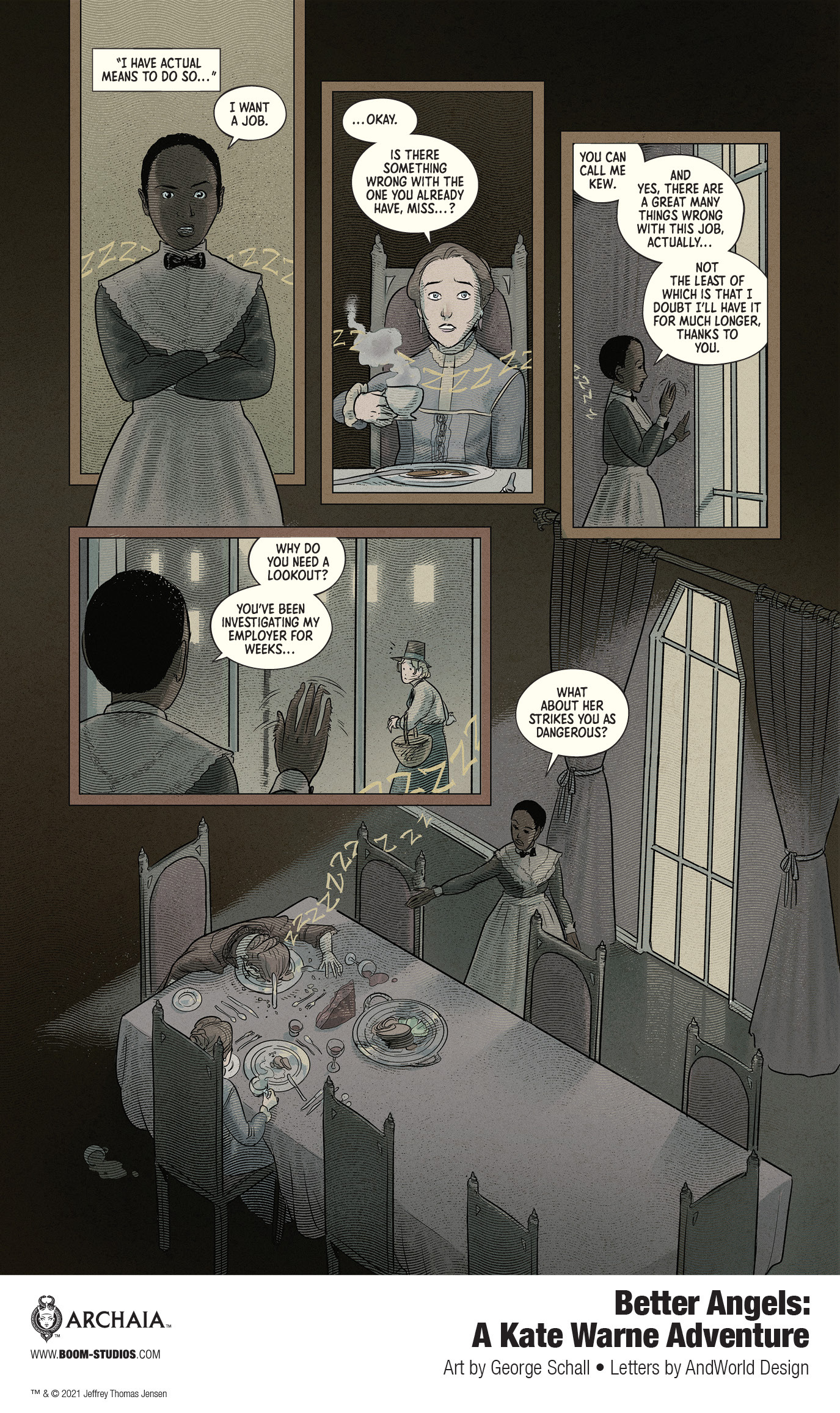 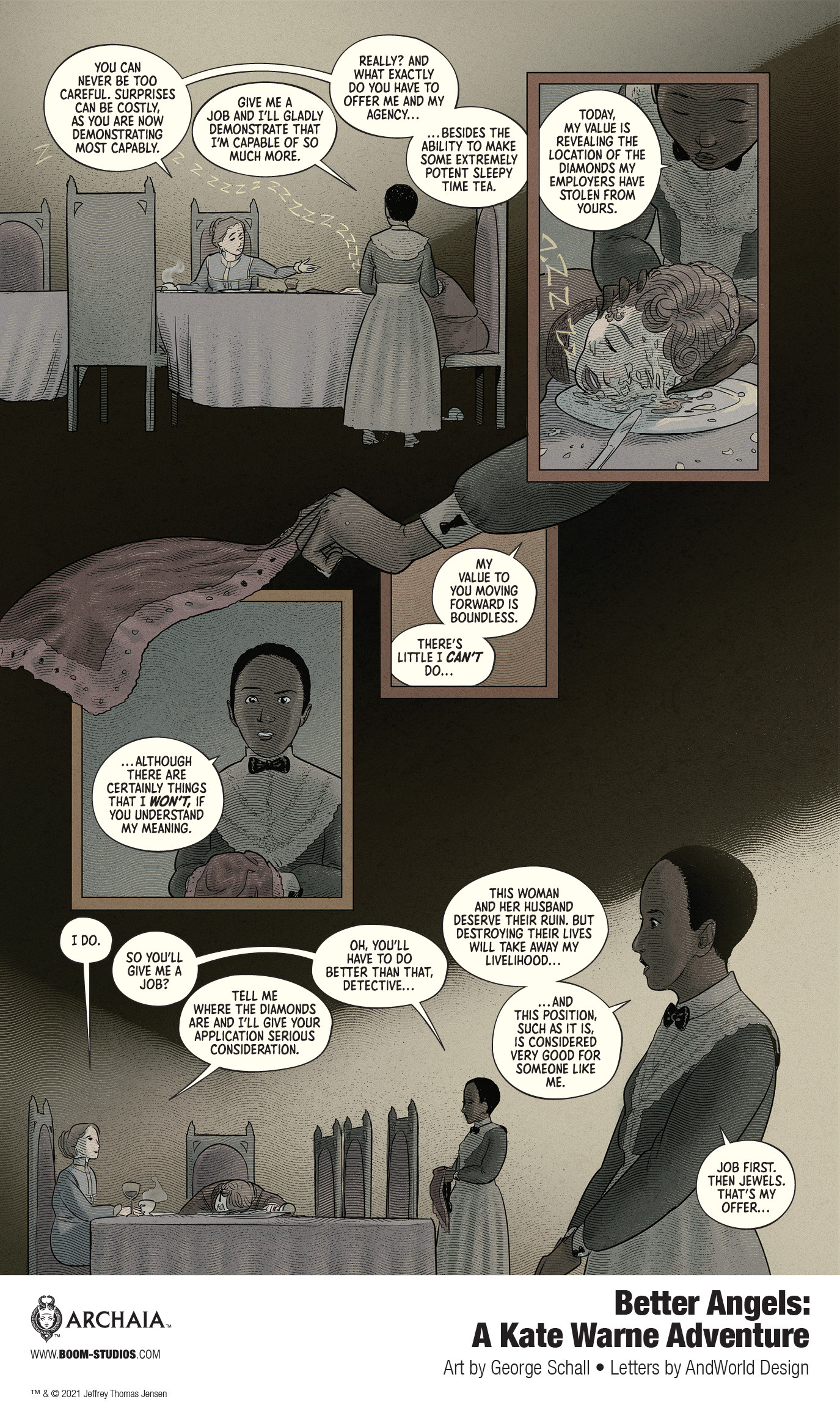 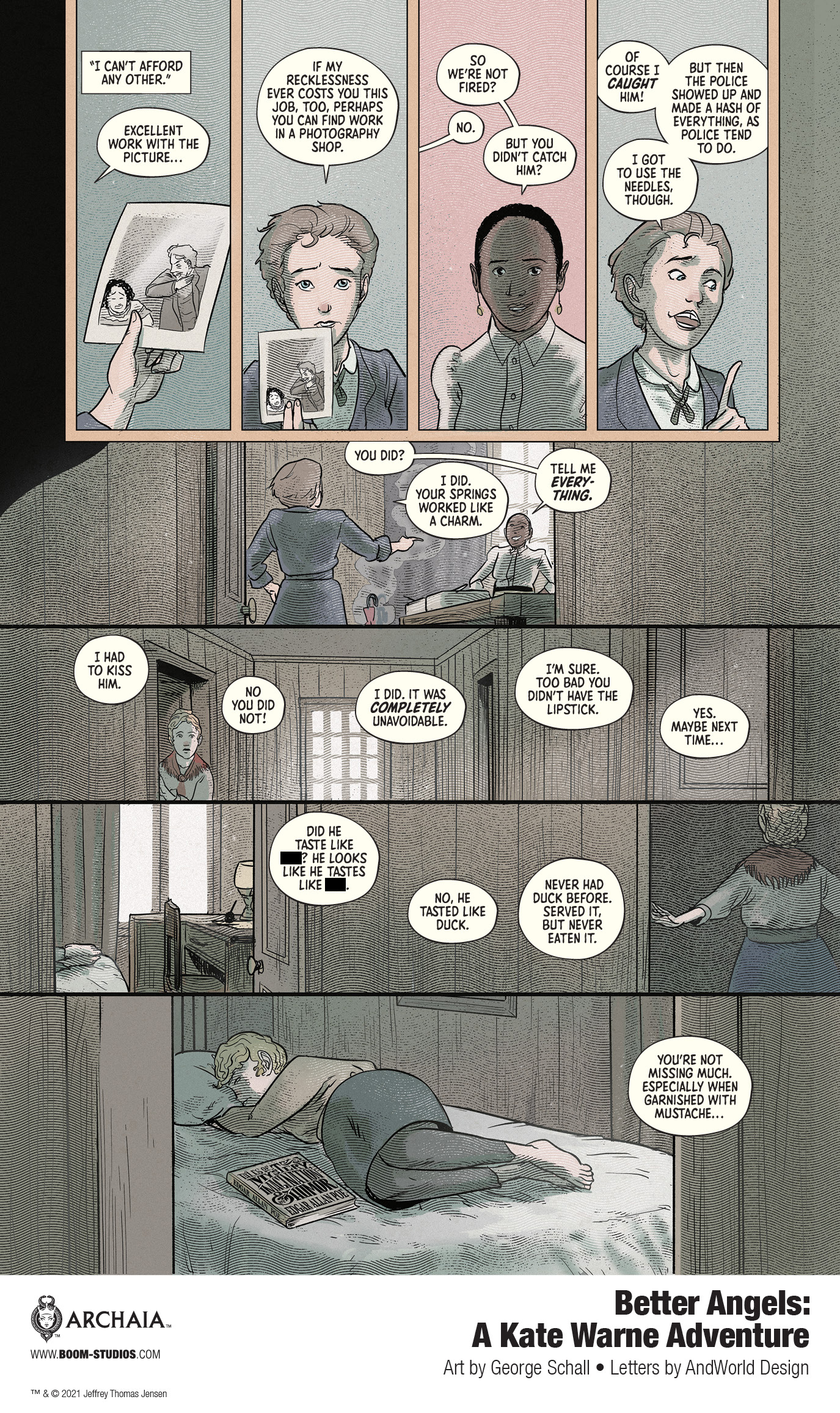 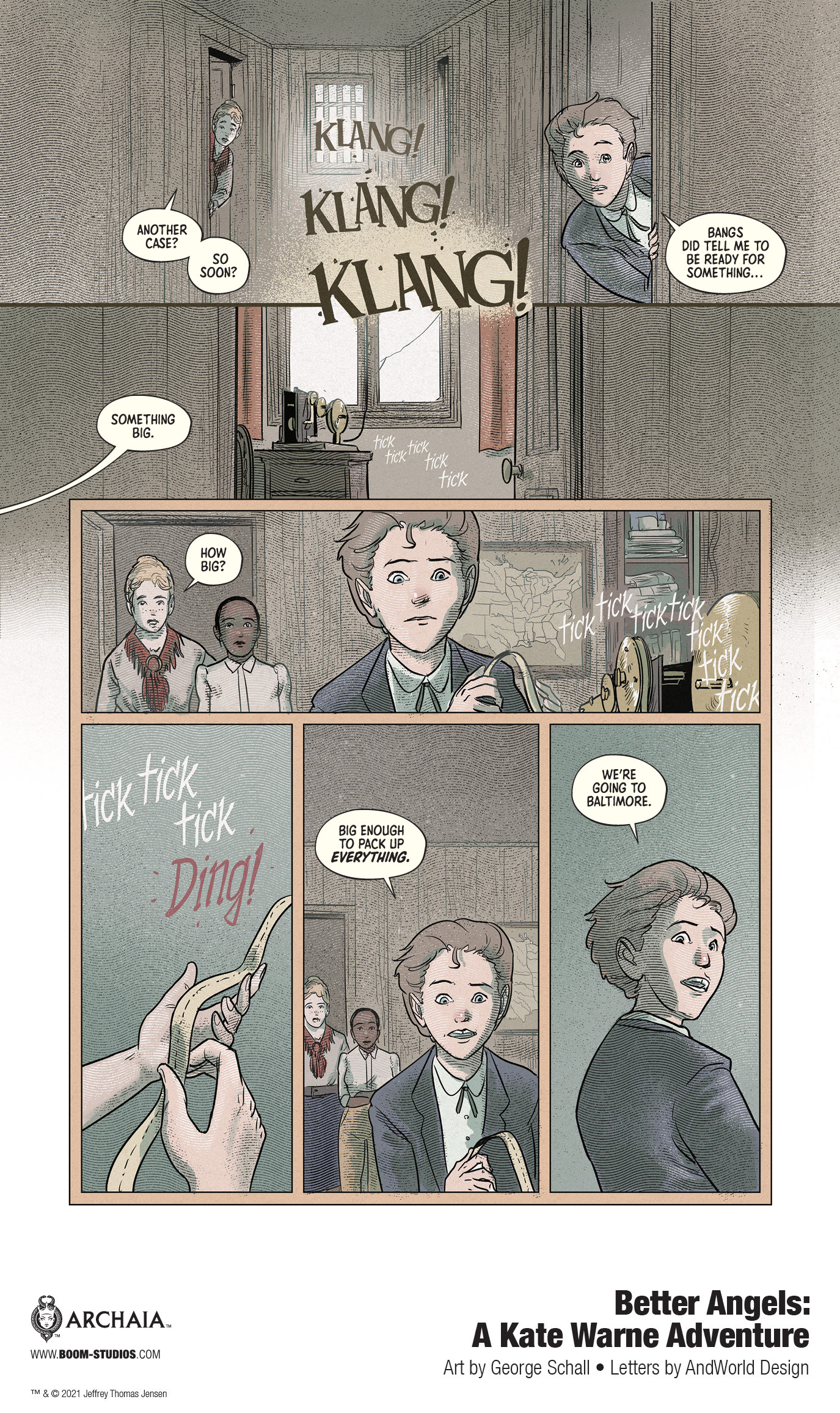