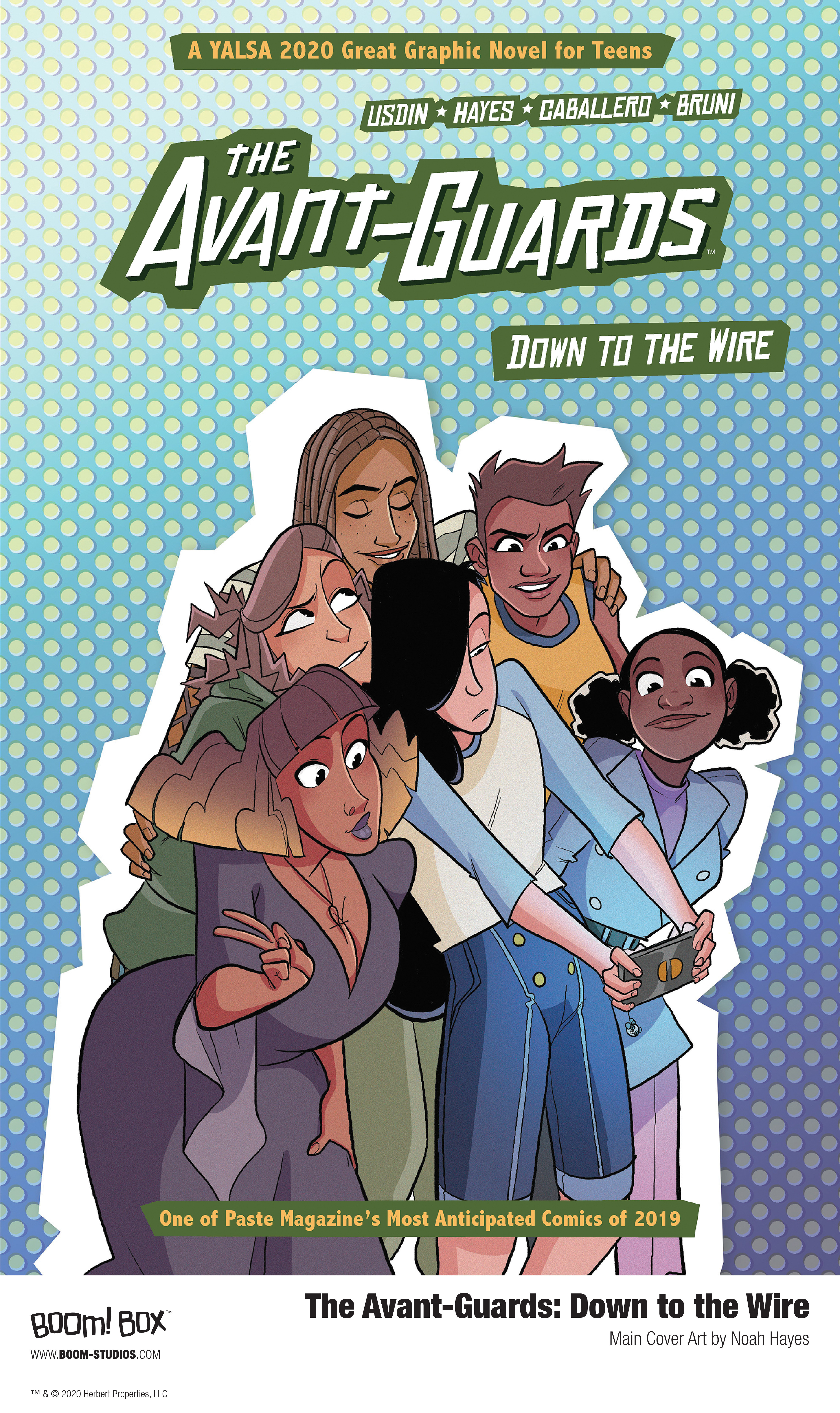 LOS ANGELES, CA (September 2, 2020) – BOOM! Studios is proud to reveal a brand new look at THE AVANT-GUARDS: DOWN TO THE WIRE, an original graphic novel concluding the story of the beloved group of misfit art students who banded together to create their school’s first ever basketball team. This new original graphic novel, picking up after issue eight and available in stores September 2020, reunites the acclaimed team of filmmaker and writer Carly Usdin (Heavy Vinyl) and artist Noah Hayes (Wet Hot American Summer), with colorist Eleonora Bruni and letterer Ed Dukeshire, for a brand-new adventure with their team of unlikely athletes brought together by friendship and sports shenanigans.

School, romance, friends, and family collide in this epic conclusion to THE AVANT-GUARDS series as the team struggles to save their league! The final game of the season is here, the team has got to plan the perfect fundraiser, and everyone’s parents decided to show up to cheer them on during the most stressful time they could ever imagine. In the middle of it all, Liv and Charlie are figuring out just what it means to be “Liv-and-Charlie.”

It’s Just A Lot For Everyone To Deal With. Luckily the entire existence of the league doesn’t depend on this one game or the Avant-Guards winning, right? Oh, wait . . .

THE AVANT-GUARDS is the latest release from BOOM! Studios’ award-winning BOOM! Box imprint, home to groundbreaking original series such as Lumberjanes by Shannon Watters, Grace Ellis, Brooklyn Allen, and Noelle Stevenson; Giant Days by John Allison, Lissa Treiman, and Max Sarin; Juliet Takes a Breath by Gabby Rivera and Celia Moscote; The Avant-Guards by Carly Usdin and Noah Hayes; Fence by C.S. Pacat and Johanna the Mad; and Goldie Vance by Hope Larson and Brittney Williams.

Print copies of THE AVANT-GUARDS: DOWN TO THE WIRE will be available on September 30, 2020 at local comic book shops (use comicshoplocator.com to find the one nearest you), October 6, 2020 bookstores, or at the BOOM! Studios webstore. Digital copies can be purchased from content providers, including comiXology, iBooks, Google Play, and Madefire. 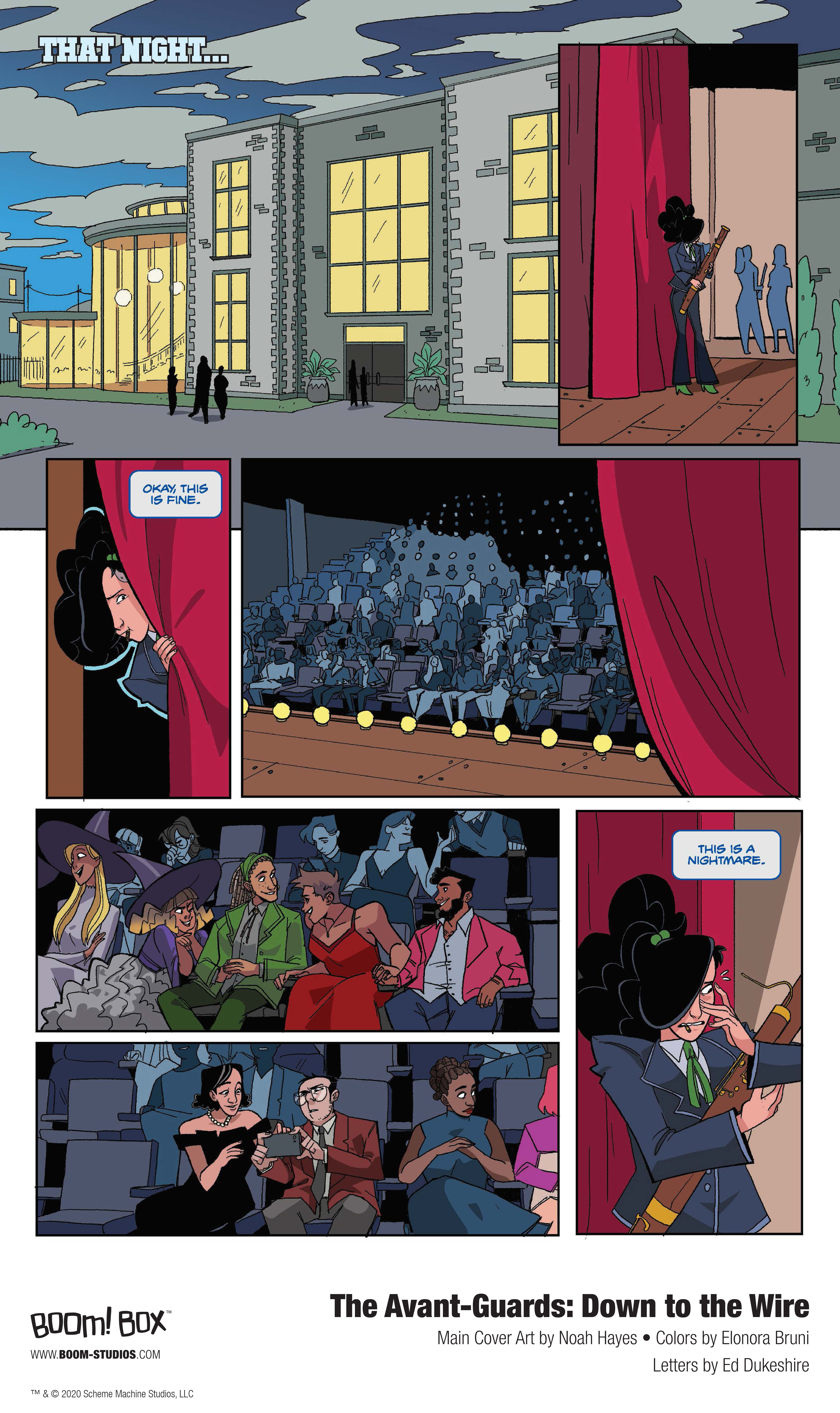 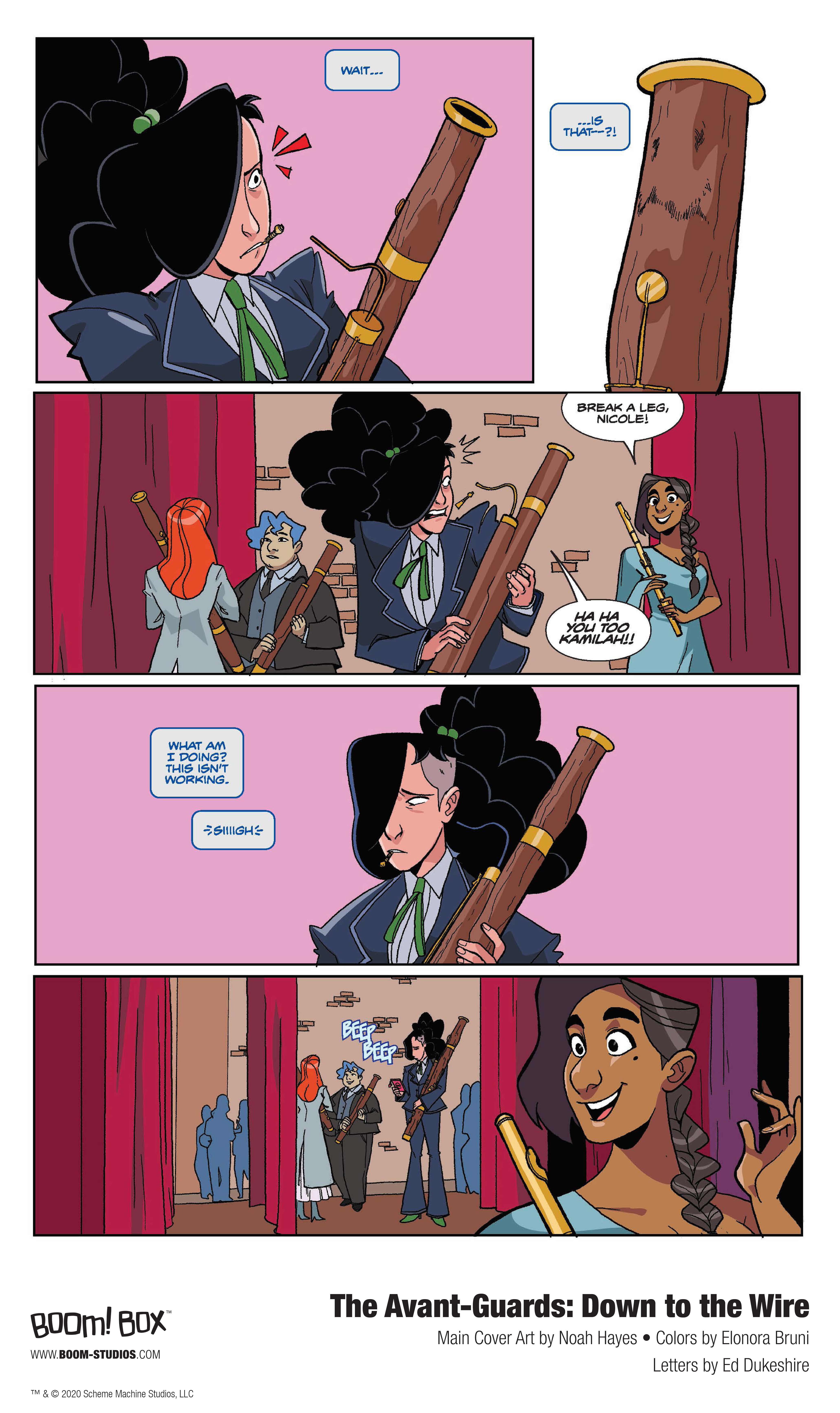 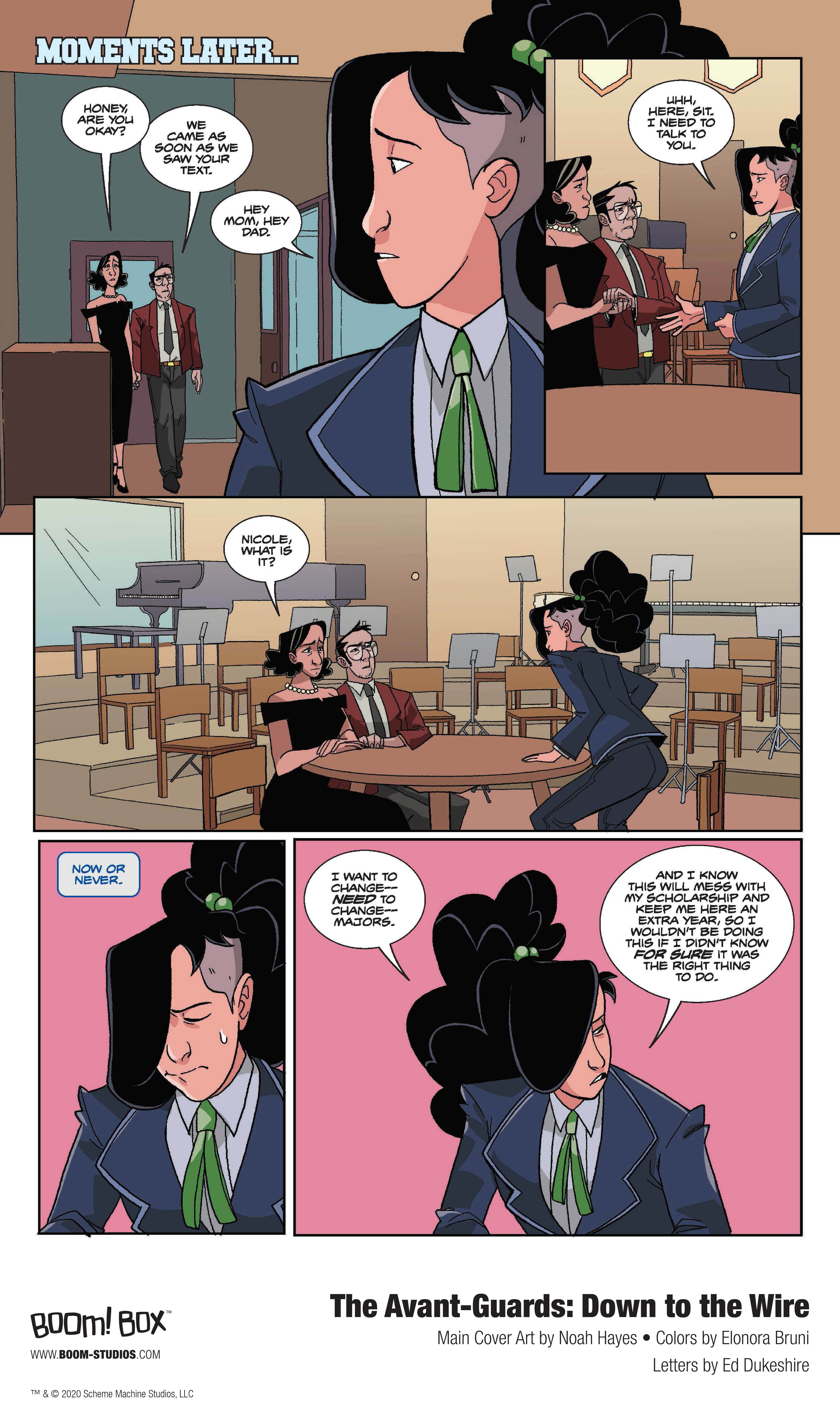 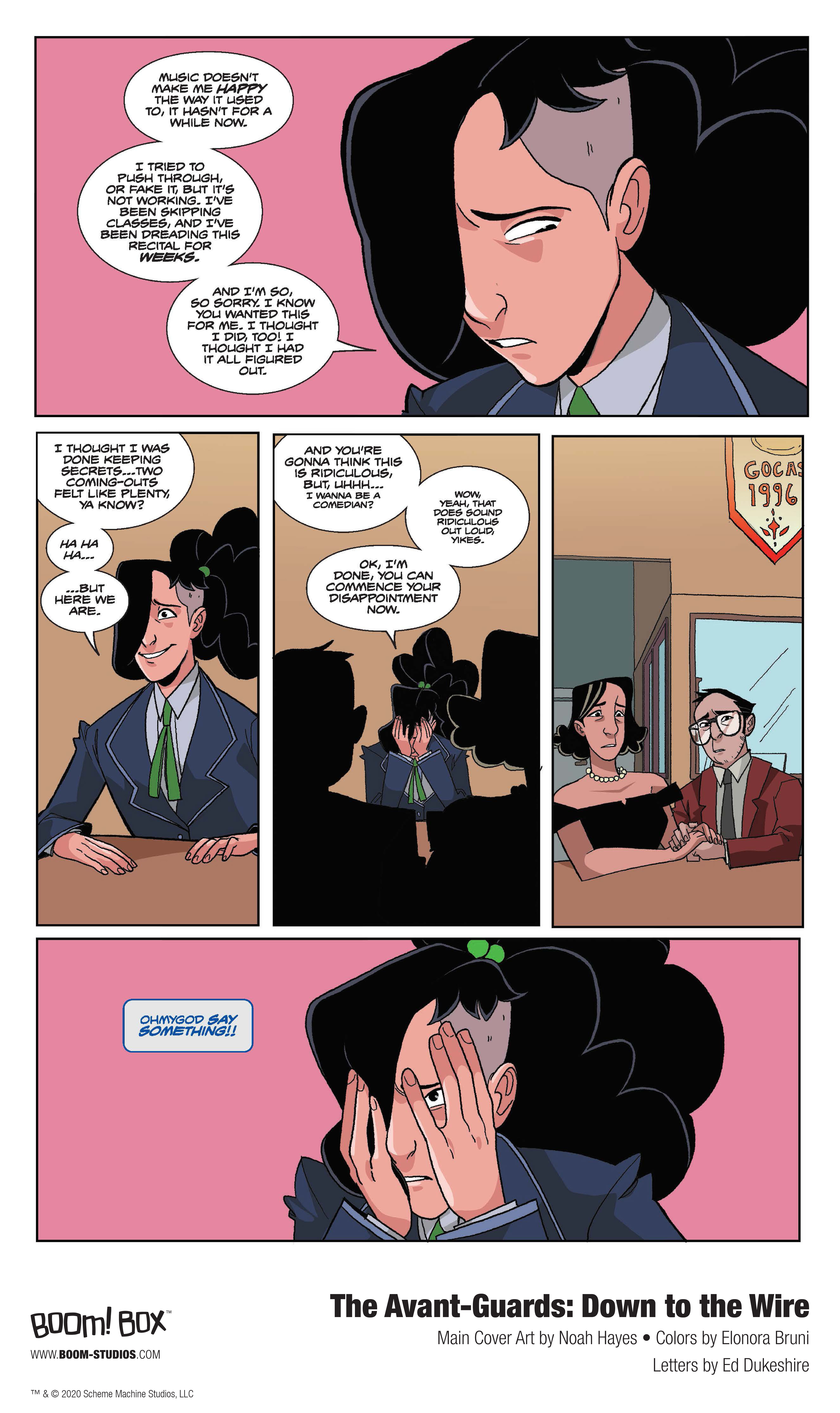 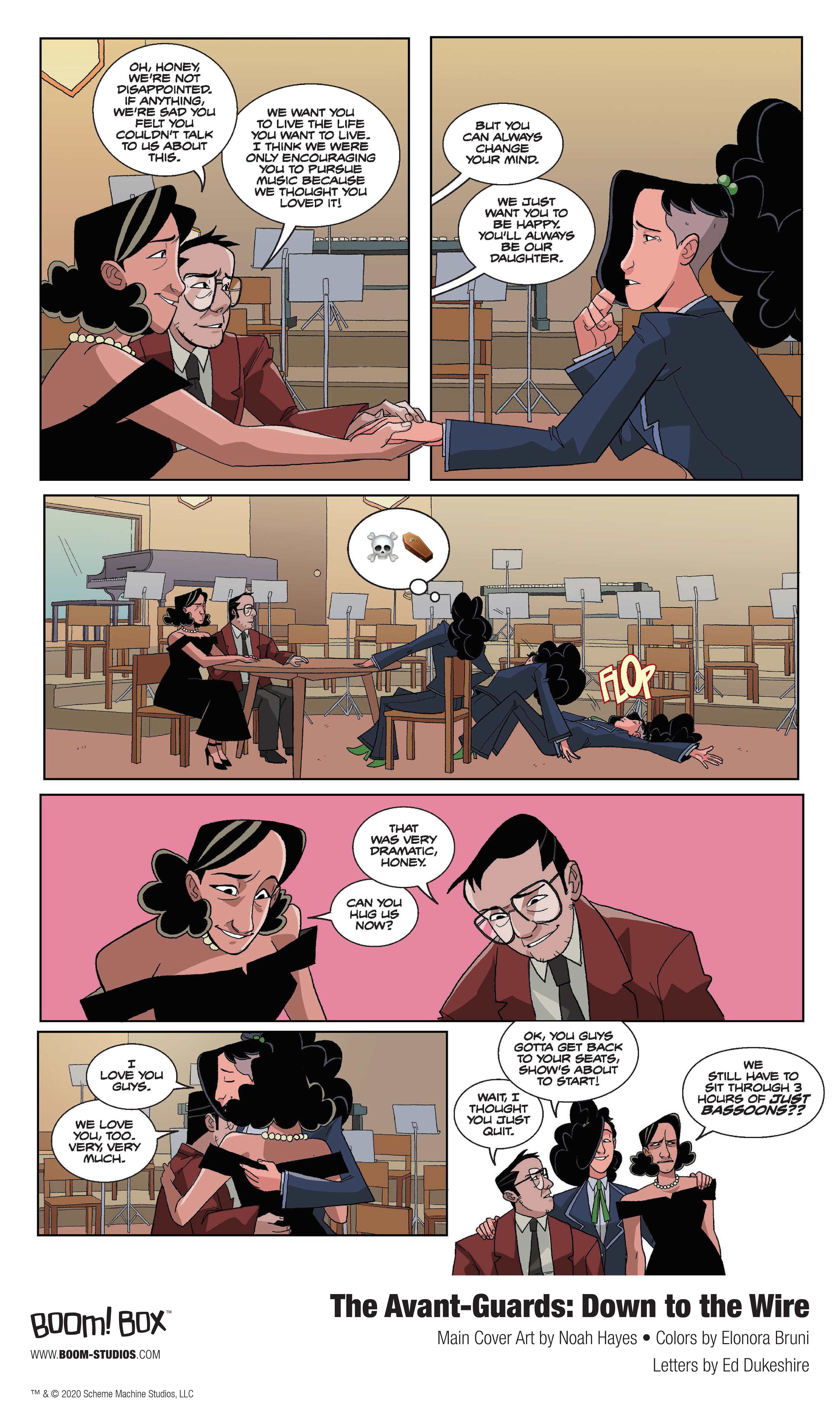 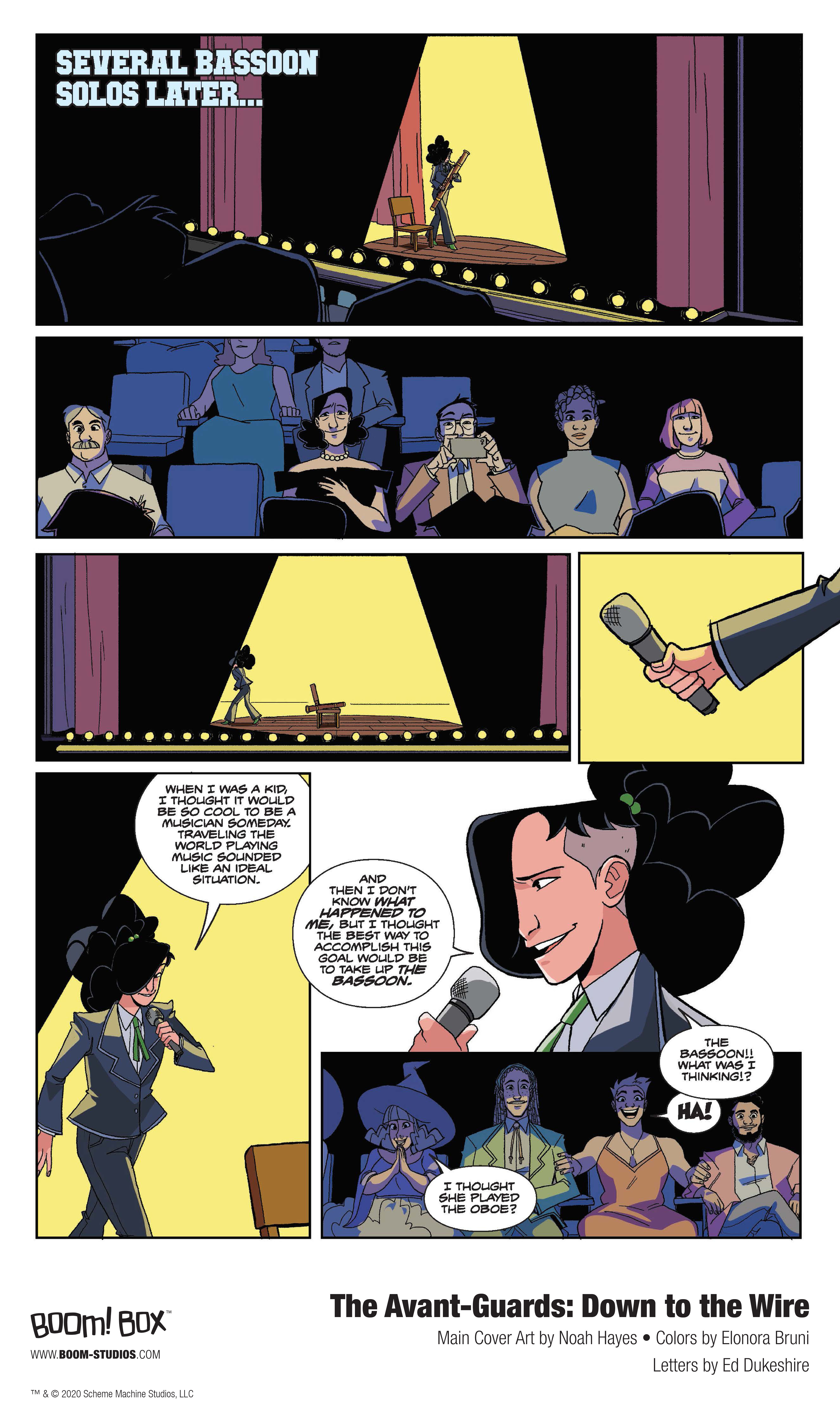 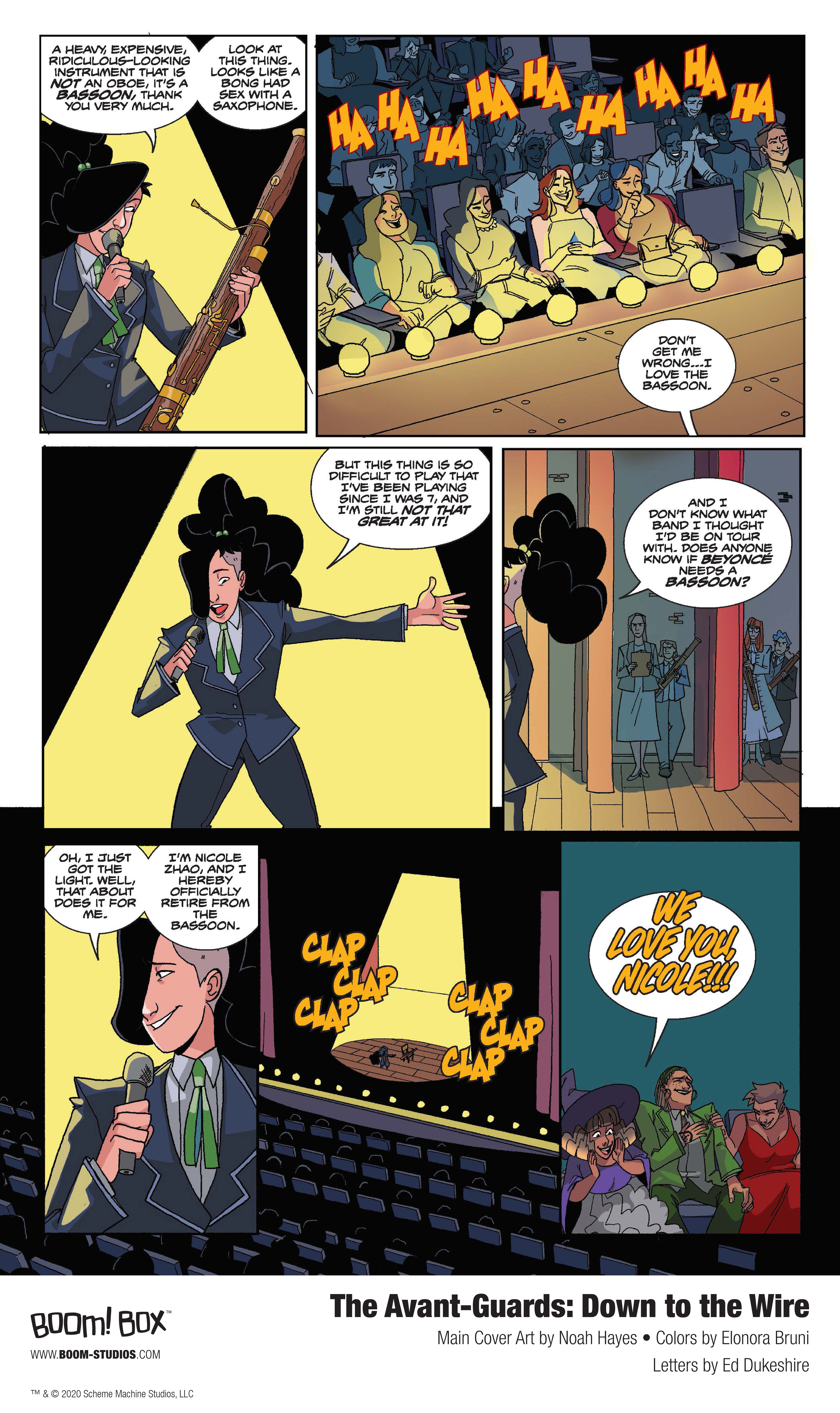