A Brand New Look at POWER RANGERS: SINS OF THE FUTURE 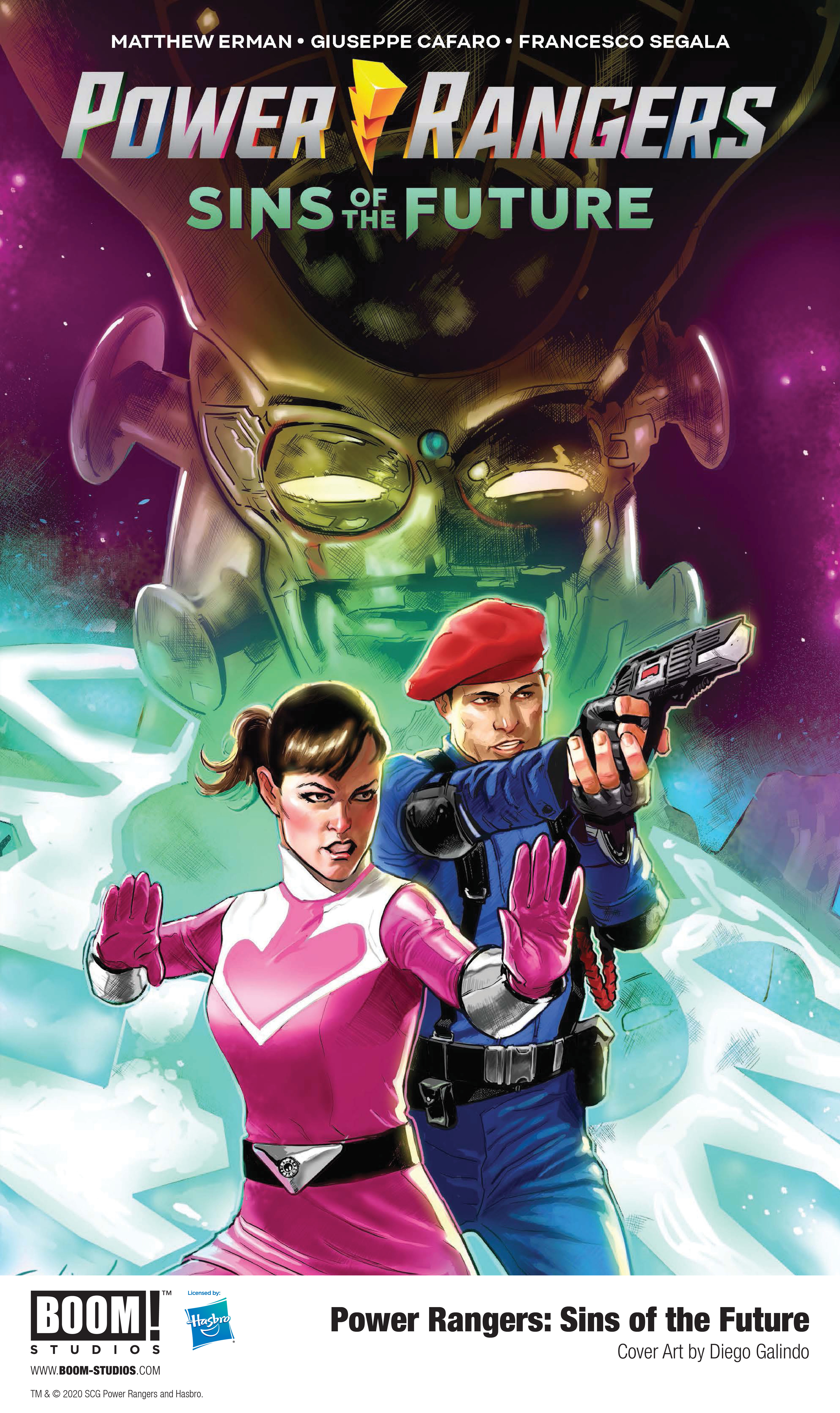 LOS ANGELES, CA (October 7, 2020) – BOOM! Studios, under license by Hasbro, Inc. (NASDAQ: HAS), today revealed a brand new look at the original graphic novel POWER RANGERS: SINS OF THE FUTURE, written by Matthew Erman (Bonding), with story by Trey Moore (Mighty Morphin Power Rangers), illustrated by Giuseppe Cafaro (Saban’s Power Rangers: Soul of The Dragon), and lettered by Ed Dukeshire. This all-new graphic novel, available on October 28, 2020, features two of the most popular Rangers of all time and what happens to them after the events of the hit Power Rangers: Time Force television series!

When Jen returns from the future, she and Wes are attacked by a mysterious stranger who has dire news — the timelines have been altered with deadly consequences and Jen is to blame! The shocking identity of their accuser sets them on a collision path with an enemy they never expected.

Can Jen and Wes survive the threats to their pasts, presents and futures? Or will it be the end of everything as they know it?

Print copies of POWER RANGERS: SINS OF THE FUTURE will be available on October 28, 2020 at local comic book shops (use comicshoplocator.com to find the one nearest you), on November 3, 2020 at bookstores, or at the BOOM! Studios webstore. Digital copies can be purchased from content providers like comiXology, iBooks, Google Play, and Madefire. 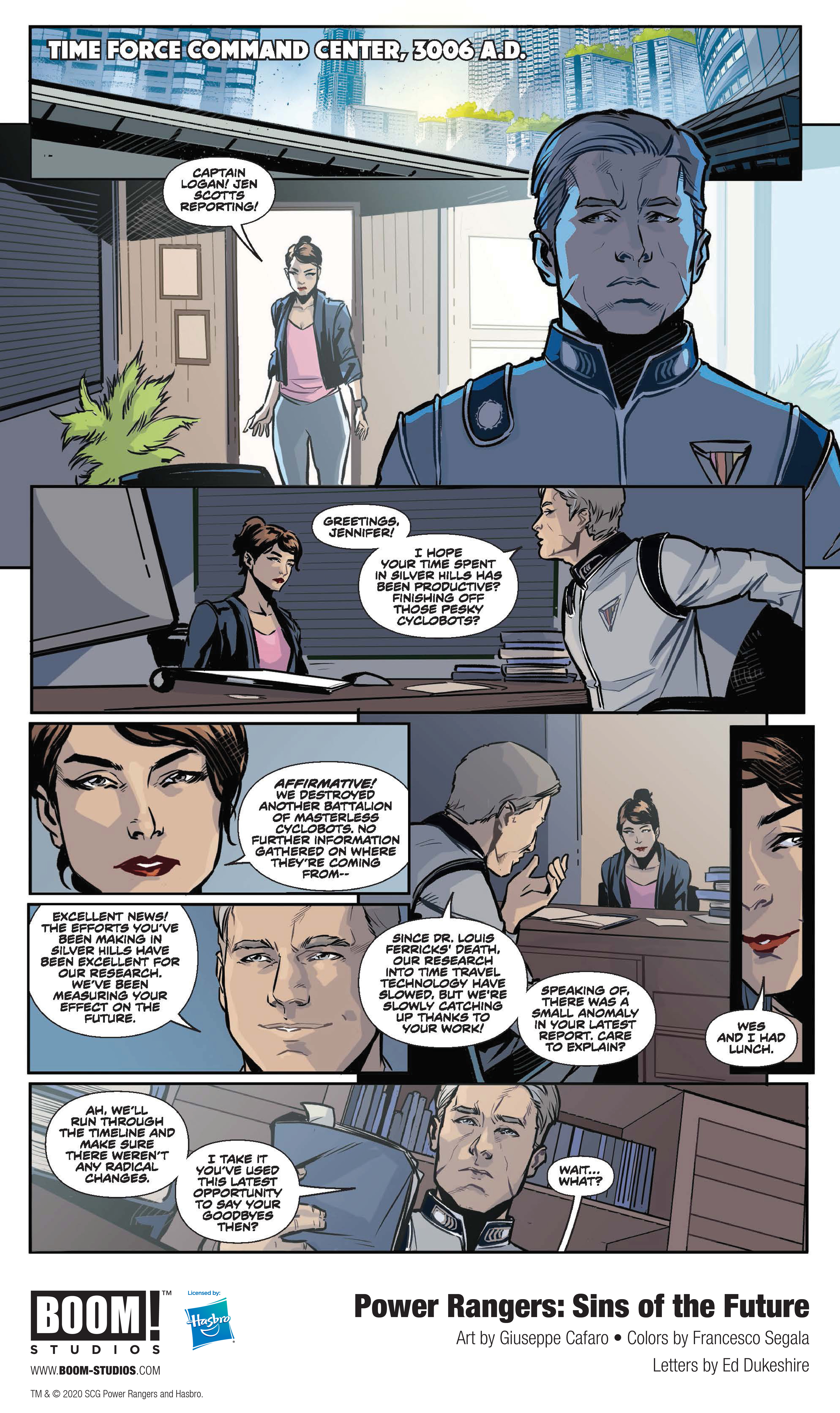 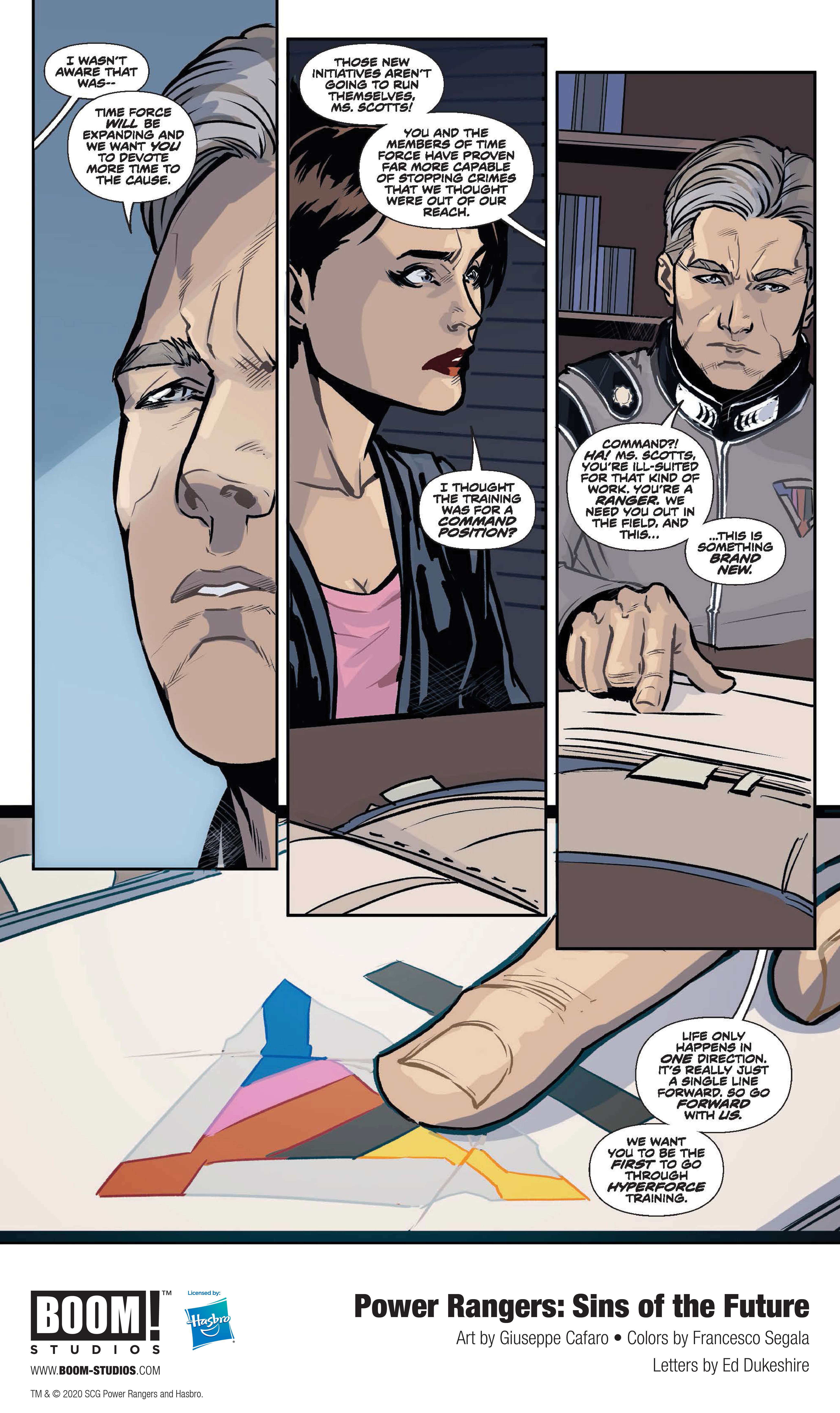 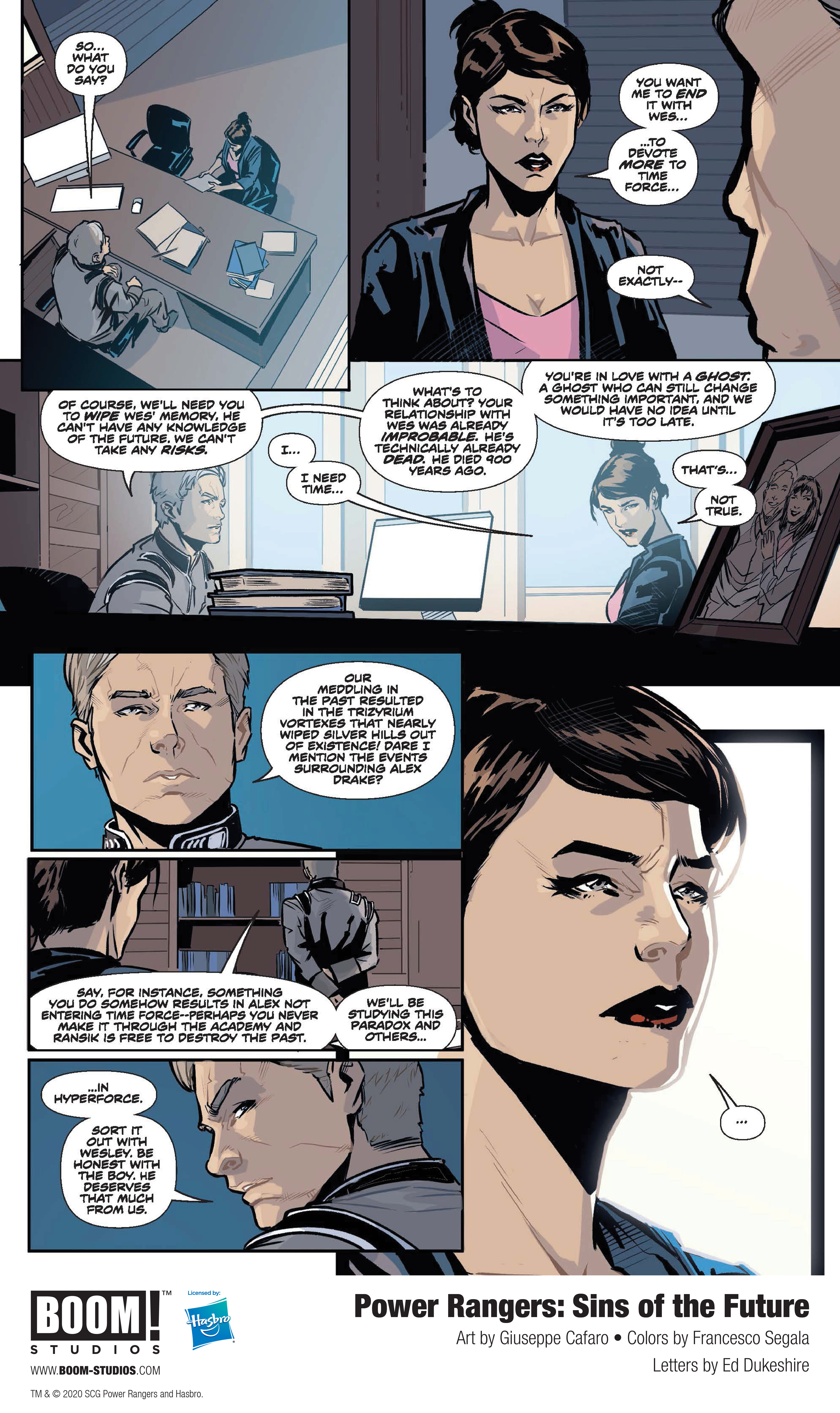 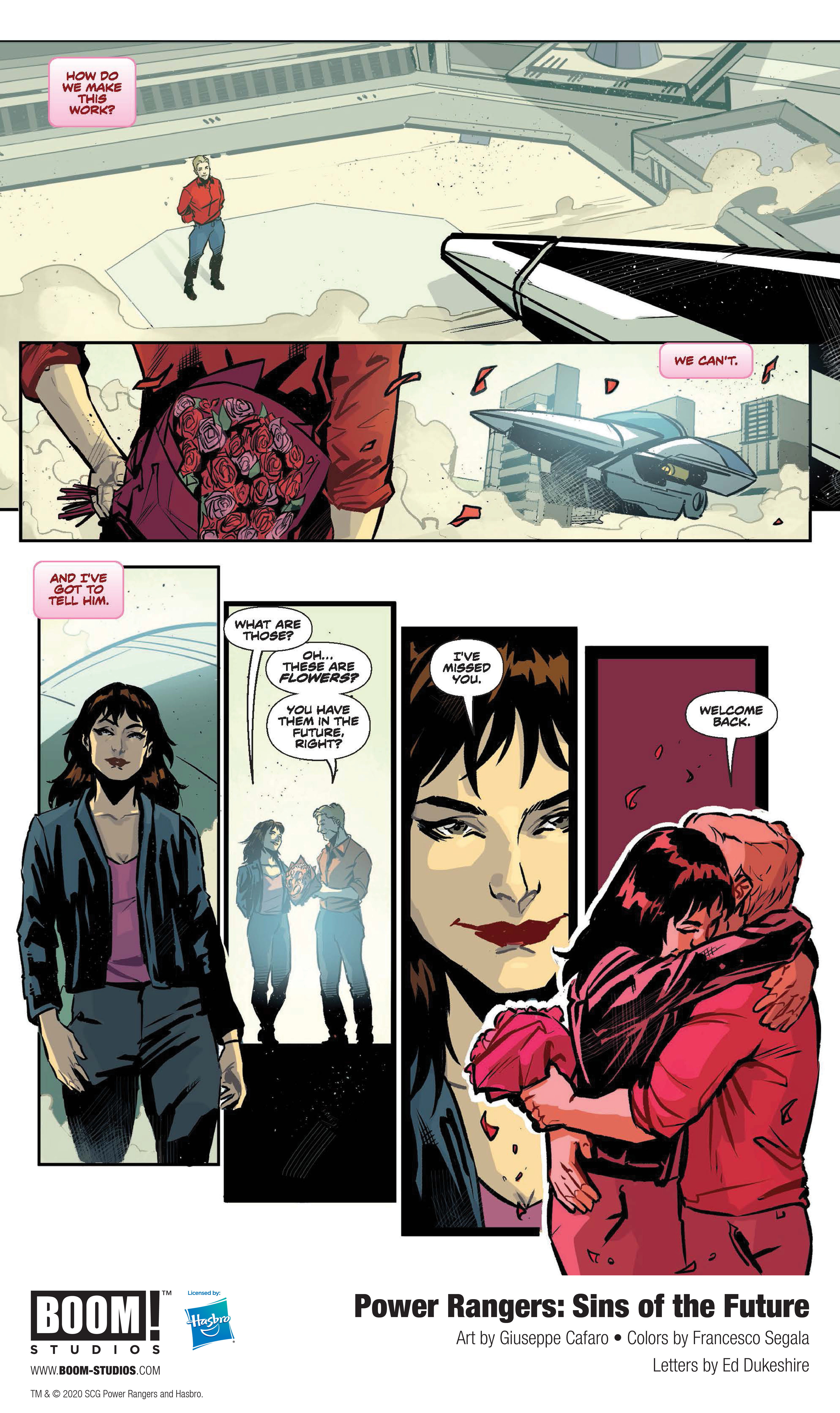 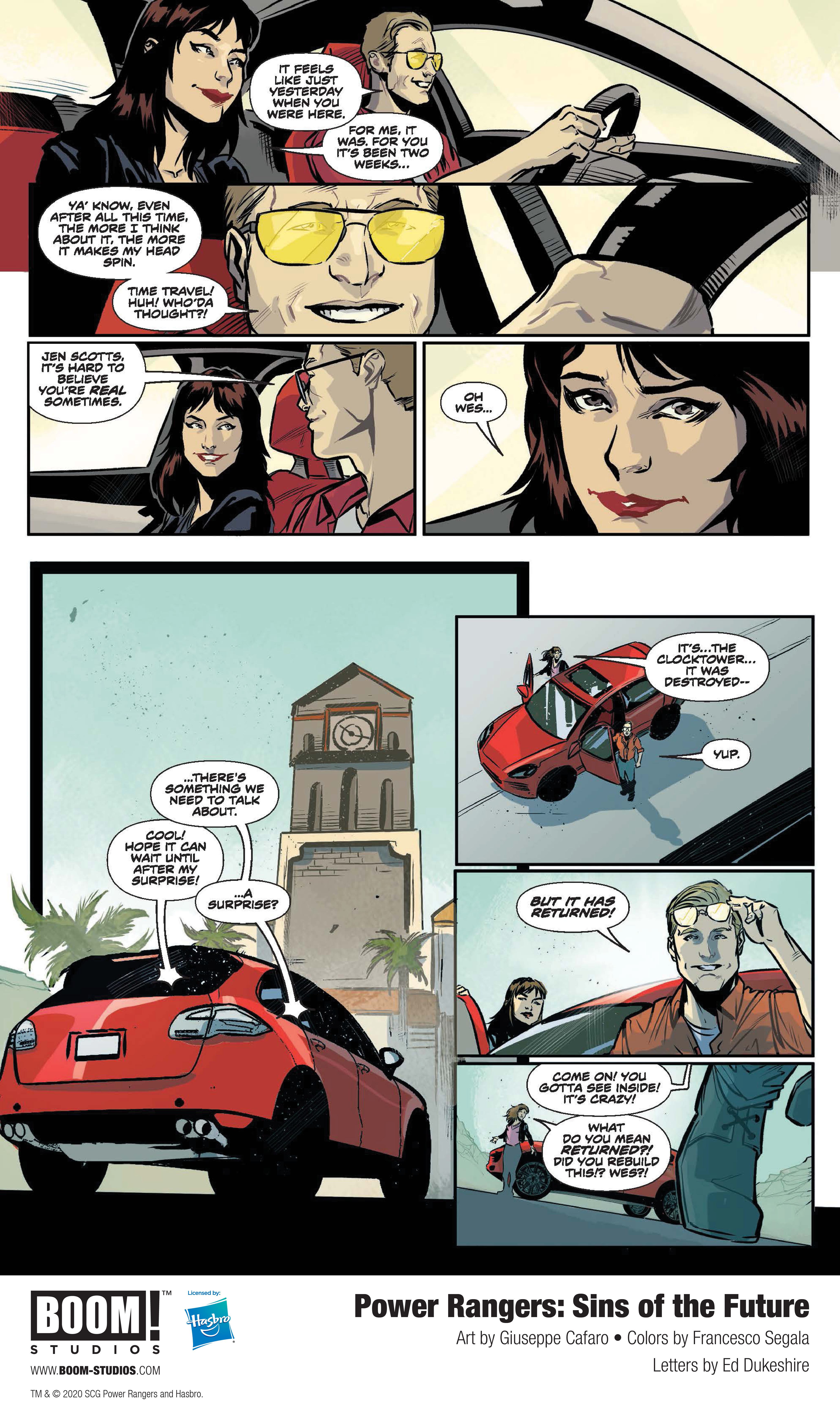 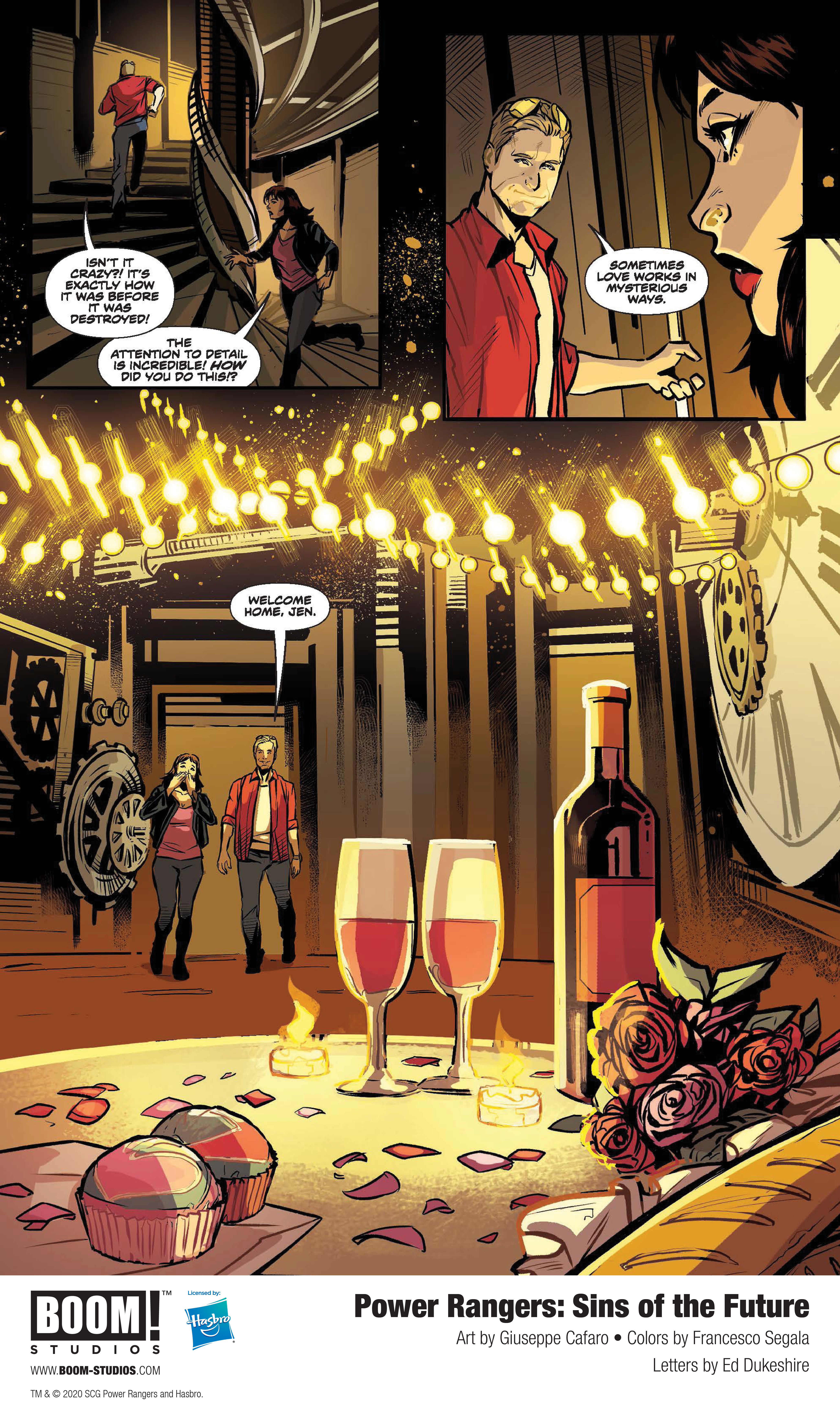 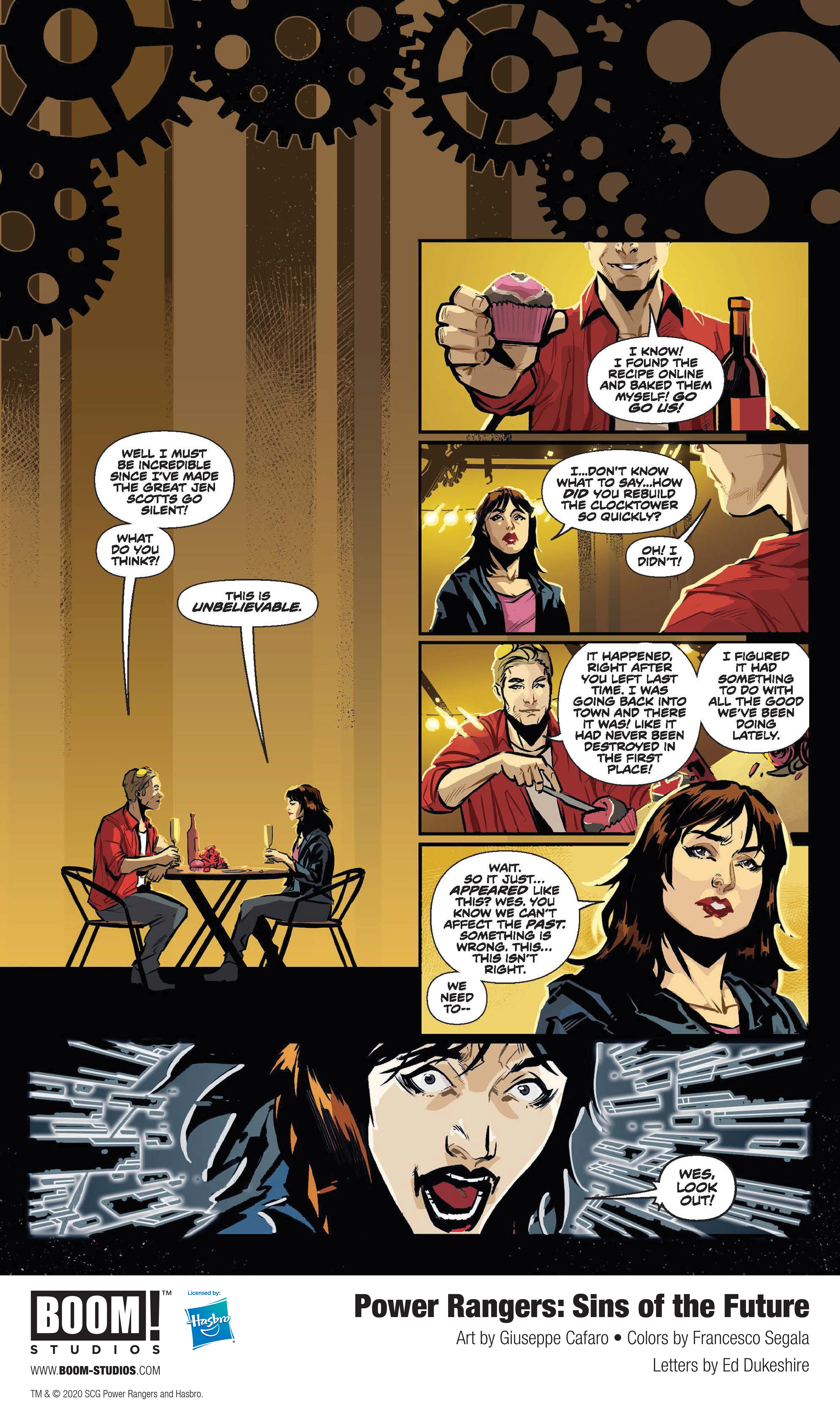 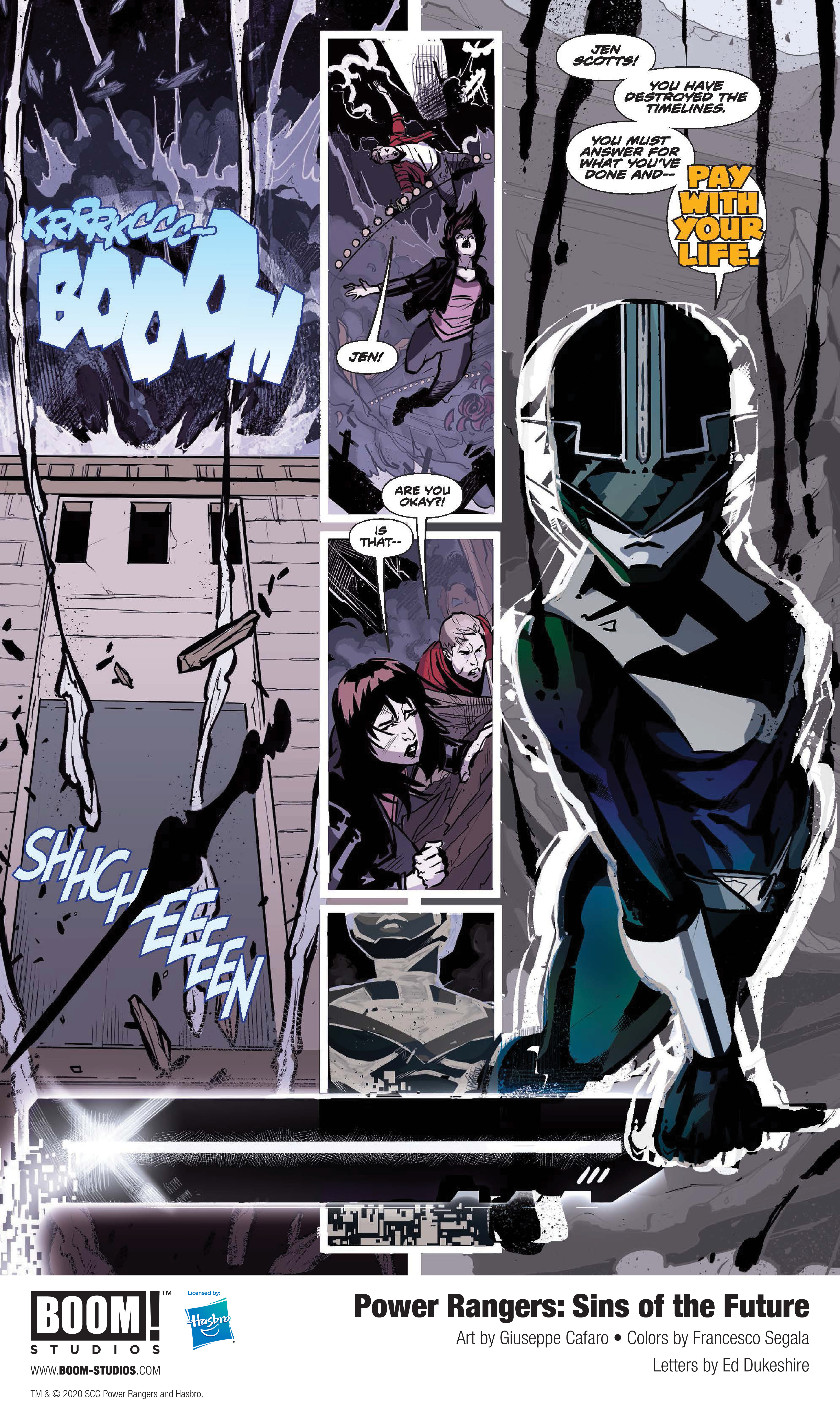