Valiant is proud to announce X-O MANOWAR (2017) #14 – a STAGGERING STANDALONE MILESTONE and ALL-NEW JUMPING-ON POINT that will return Aric of Dacia to his home world after a year of cosmic conquest…and finally answer the monumental questions that have shadowed Earth’s most powerful hero at every turn! On April 25th, the heart-wrenching revelation at the center of New York Times best-selling writer Matt Kindt’s relentless sci-fi epic will be laid bare, as veteran artist Ariel Olivetti (Incredible Hulk) comes aboard for a blockbuster finale to X-O Manowar’s blistering first year…and a new chapter begins as HARBINGER WARS 2 looms beyond the horizon!

After a brutal year spent waging war on the far side of the galaxy, Aric of Dacia must now face the one thing he yearned to leave behind: planet Earth. But as the man called X-O Manowar prepares for a world-shaking homecoming, he must come to terms with a savage awakening inside himself…and the obligations that still await him on our world. Just as the forces of HARBINGER WARS 2 – Valiant’s seismic 2018 crossover event – begin to vie for Aric’s loyalties, a long-awaited reunion might just shatter everything we’ve come to believe about the fallen warrior-king in control of the universe’s most powerful weapon…

“[X-O MANOWAR #14] will cast the first year into a new light,” writer Matt Kindt said. “It’s not a twist, like, ‘I tricked you.’ It’s more that it reveals something that happened to him that will give new meaning to everything he did in those first 13 issues. Not just why he’d run off to another planet, but, also, why he buried the armor in the first issue. What led to that? Those questions, which I think as you read the series you get distracted by all the politics and action, you forget he was mad at that armor. Him and his relationship to his armor is one of the things that caused his break from Earth.”

For the rare and immensely powerful subset of humanity known as psiots, their unique abilities have come with an enormous cost. Once, their existence was known only to a select few. Now, the revelation that thousands of these latent telekinetic “harbingers” secretly live among us…with the potential to become active any moment…has led the American government to a dramatic tipping point…

Armed with new extra-governmental authority, the deep-black military contractor known as OMEN has been authorized to identify, evaluate, and, if need be, eliminate all super-normal threats to the homeland. H.A.R.D. Corps units have been deployed into cities and towns across the United States to enforce their orders.

In the east, one of the most powerful minds on Earth, Peter Stanchek, is leading his band of Renegades across the country, activating any potential psiots willing to join them, and building an insurrection force of ultra-powerful and unwieldy new powers that will soon bring war to OMEN’s doorstep…and the unstoppable force known as X-O Manowar raging back to Earth…

In the west, Livewire – the telekinetic technopath with the ability to bend machines and computers to her will – will be forced to choose between her former allies…or her newfound team of Secret Weapons. As the situation escalates beyond human control, the United States will be plunged into darkness from coast and coast, launching Bloodshot and Ninjak into a dangerous mission to neutralize their one-time teammate – and setting the stage for the most shocking, most violent, and most consequential clash of powers ever witnessed in the history of the Valiant Universe!

This summer, the blockbuster comics event of the New Year erupts in full force as X-O Manowar, Livewire, the Harbinger Renegades, Bloodshot, the Secret Weapons, Ninjak, and a cast of thousands draw their battle lines for HARBINGER WARS 2 – featuring covers by J.G. Jones and an all-star cast of comics powerhouses soon to be revealed! 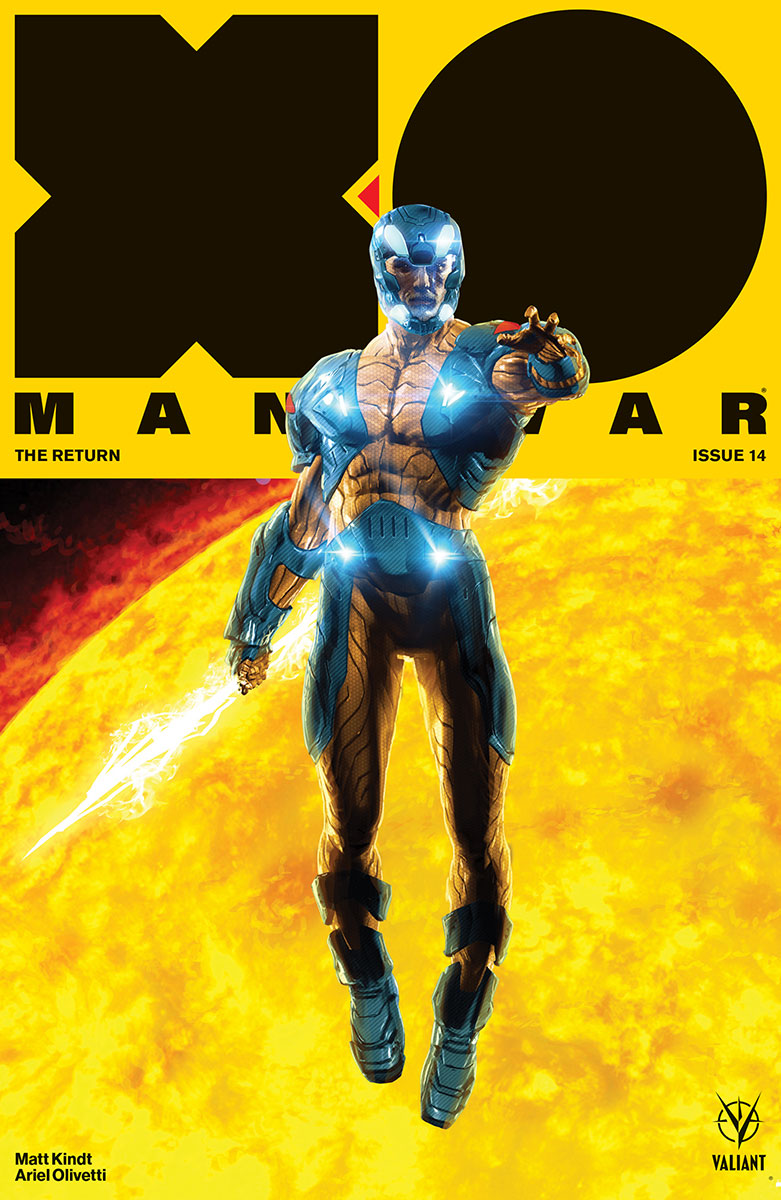 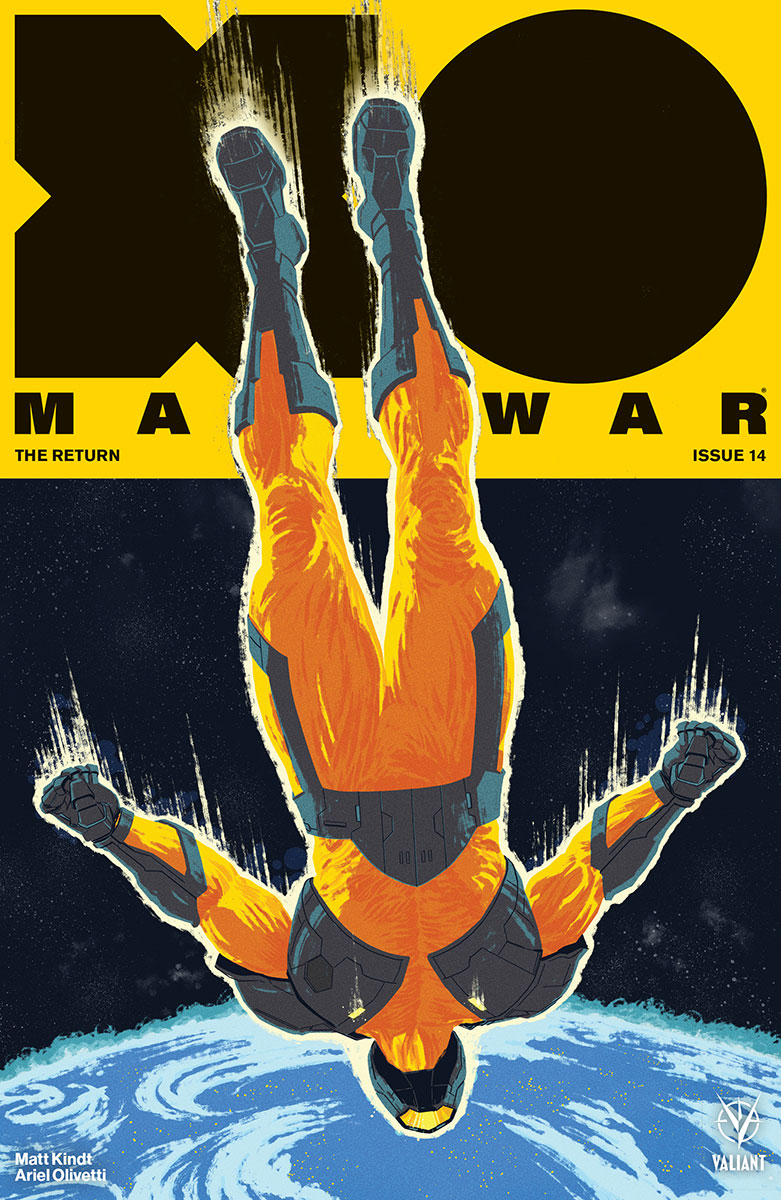 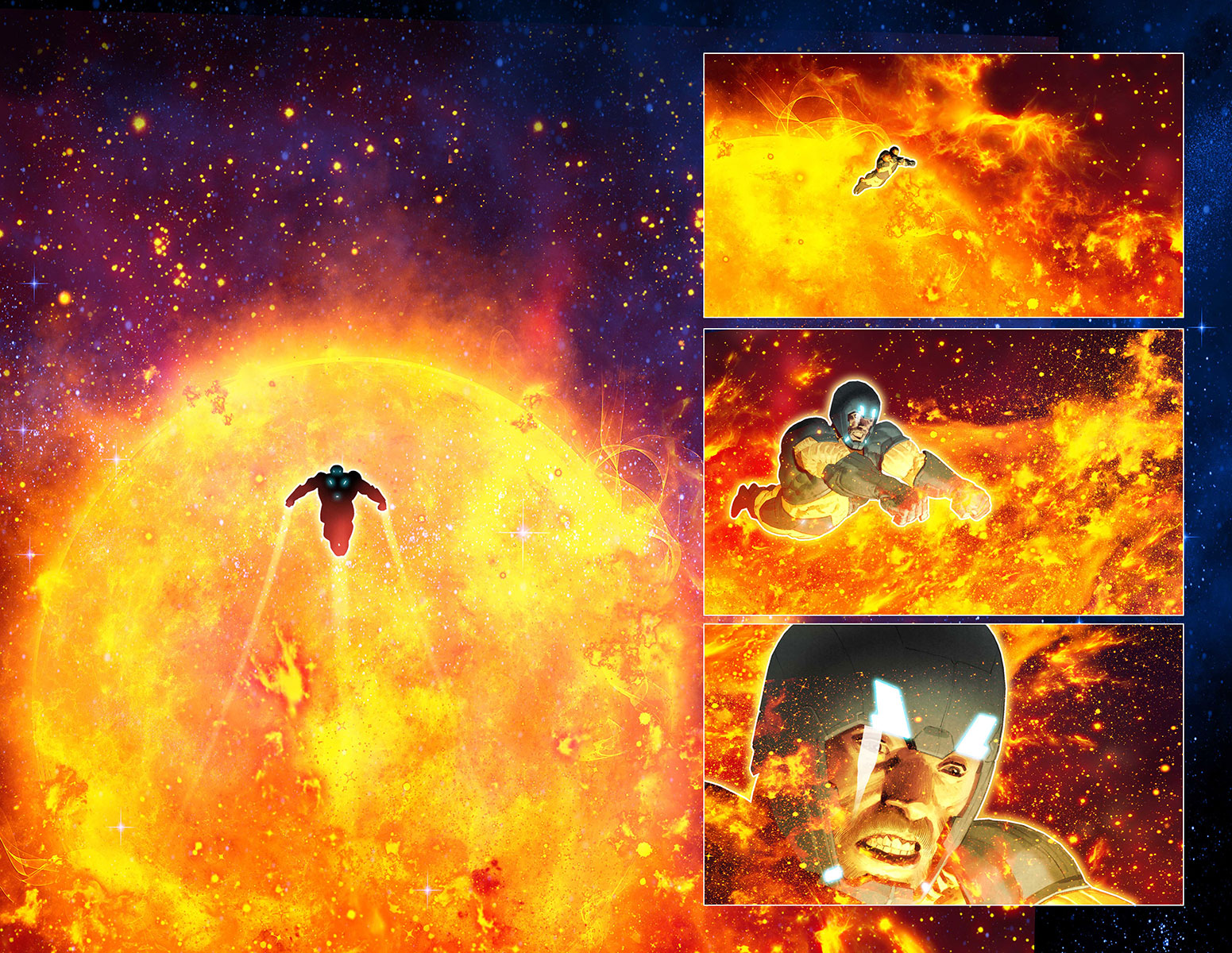 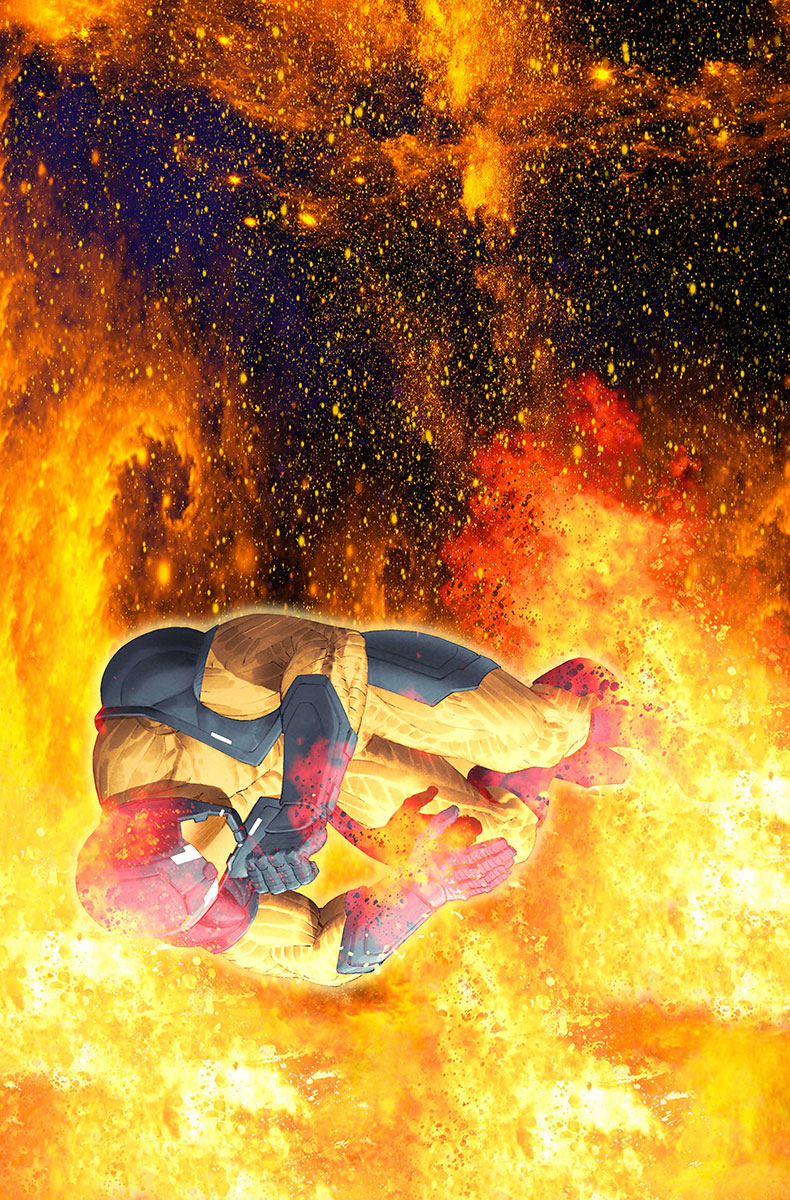 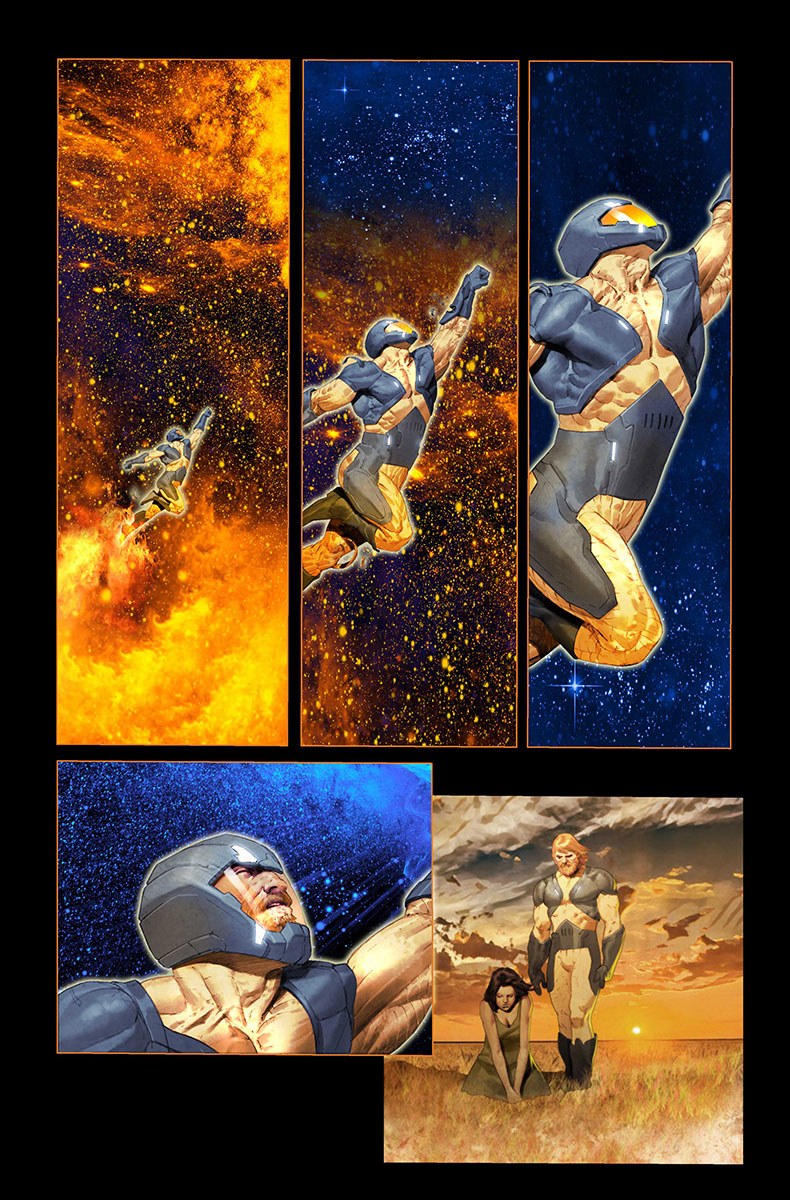 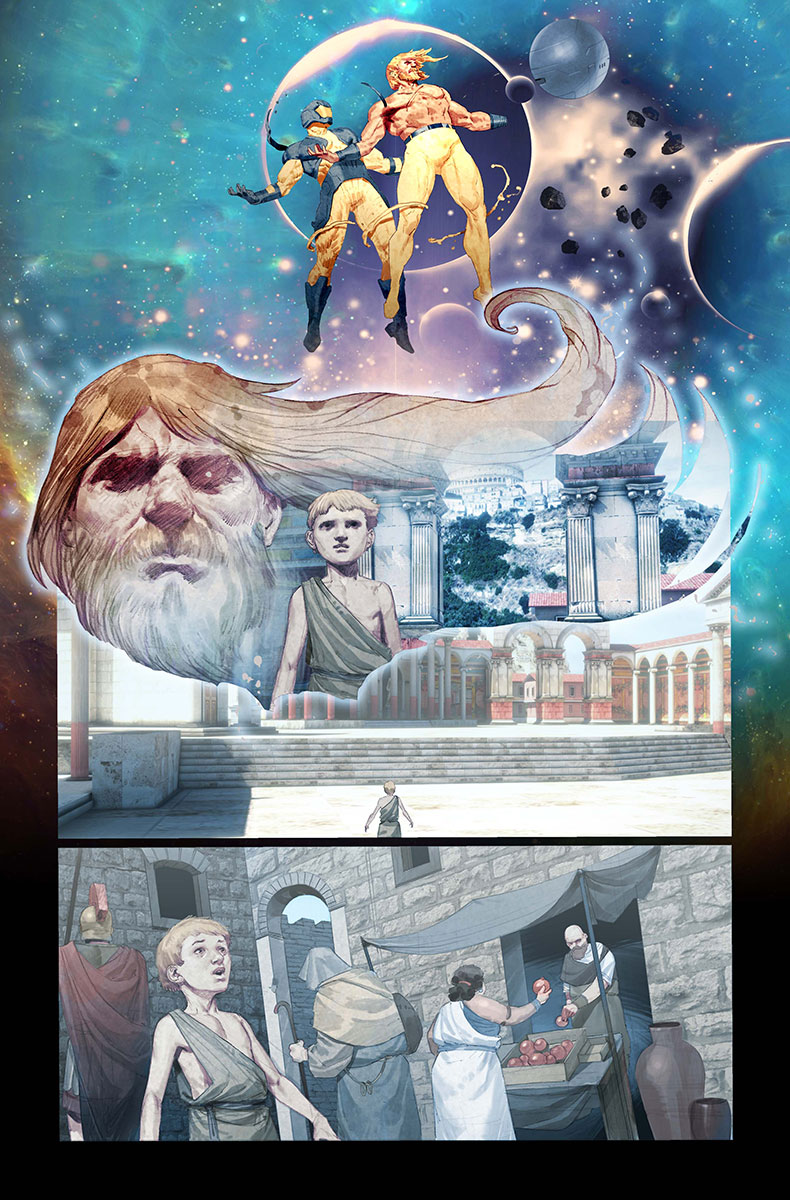