In advance of the 12th Annual ComicsPRO Annual Membership Meeting in Portland, OR, Valiant is proud to reveal a massive roster of retailer-exclusive comics, swag, and surprises available only to the attendees of the largest and most influential retailer conference in the comics industry!

In tandem with the three-day conference, each retailer attending ComicsPRO will receive a slate of special, limited-edition releases spotlighting Valiant’s must-read new series of 2018: 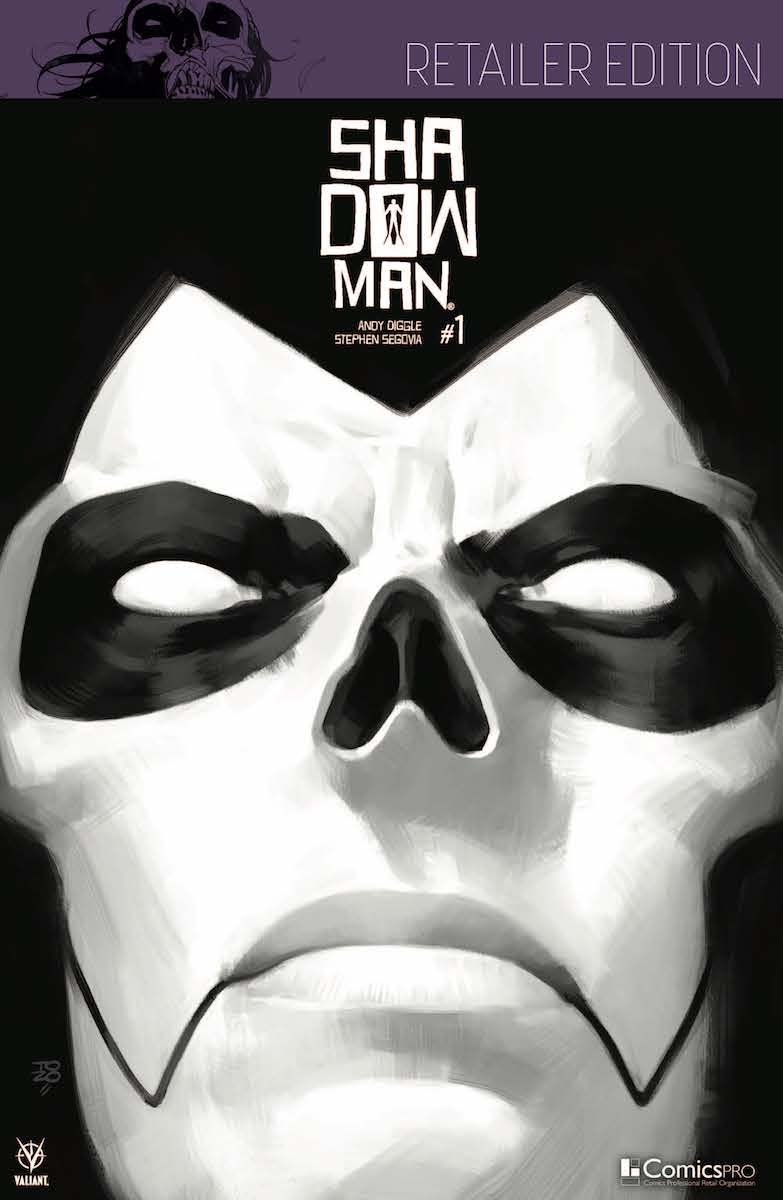 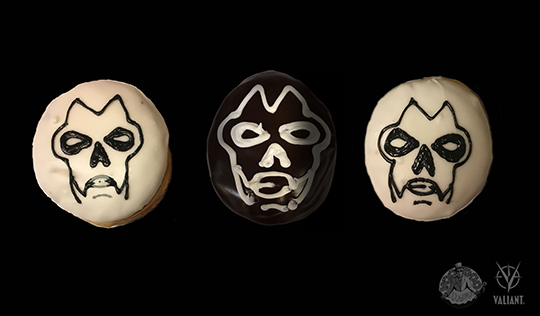 What better way to honor the much-anticipated return of Valiant’s own voodoo-powered icon than with a one-of-kind collaboration with Portland’s world-famous Voodoo Doughnut? Custom designed by Voodoo’s renowned team of sugar-inspired artisans, attending retailers will have their choice of two exclusive Shadowman specialties, each adorned with a hand-piped rendition of the character’s iconic mask – chocolate on a vanilla frosted doughnut filled with chocolate Bavarian cream, or vanilla on a chocolate frosted doughnut filled with raspberry jelly – during Valiant’s annual ComicsPRO presentation on Friday, February 23rd.

This May, the foundations of Valiant Universe will be rocked to the core as X-O Manowar and the Secret Weapons’ Livewire initiate a cross-country conflict in the ultimate display of power…and this oversized bumper sticker is the perfect reminder to let patrons of your comic shop know that you’ll be there in style! 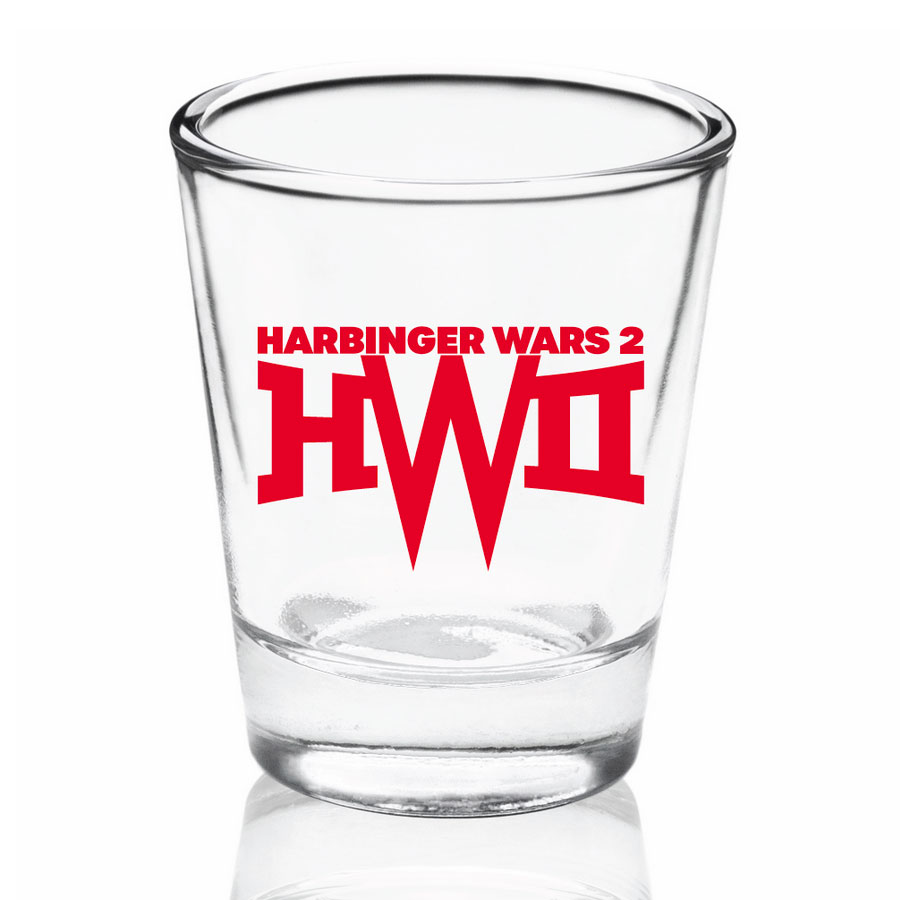 Additionally, all participating retailers will receive a complimentary Valiant “welcome bag.” This exclusive collection of retailer-only point-of-purchase and promotional items will include:

All ComicsPRO attendees are also encouraged to visit the complimentary Valiant suite during their stay in Portland. Open at all hours during the three-day summit, the suite will provide attendees with an assortment of complimentary items and services, including:

Retailers who are unable to attend ComicsPRO 2018 and are hoping to equip their store(s) with these rare and exclusive SHADOWMAN and HARBINGER WARS 2 items can contact Valiant directly at sales@valiantentertainment.com for assistance.

Crush is the Best Girlfriend Ever, Shut up.

Your First Look at MIGHTY MORPHIN #7 from BOOM! Studios

BLACK CAT IS ON THE PROWL IN NEW PHIL JIMENEZ PRIDE MONTH COVER!