Discover The Future of Mordecai, Rigby & More from BOOM! Studios in June 2018 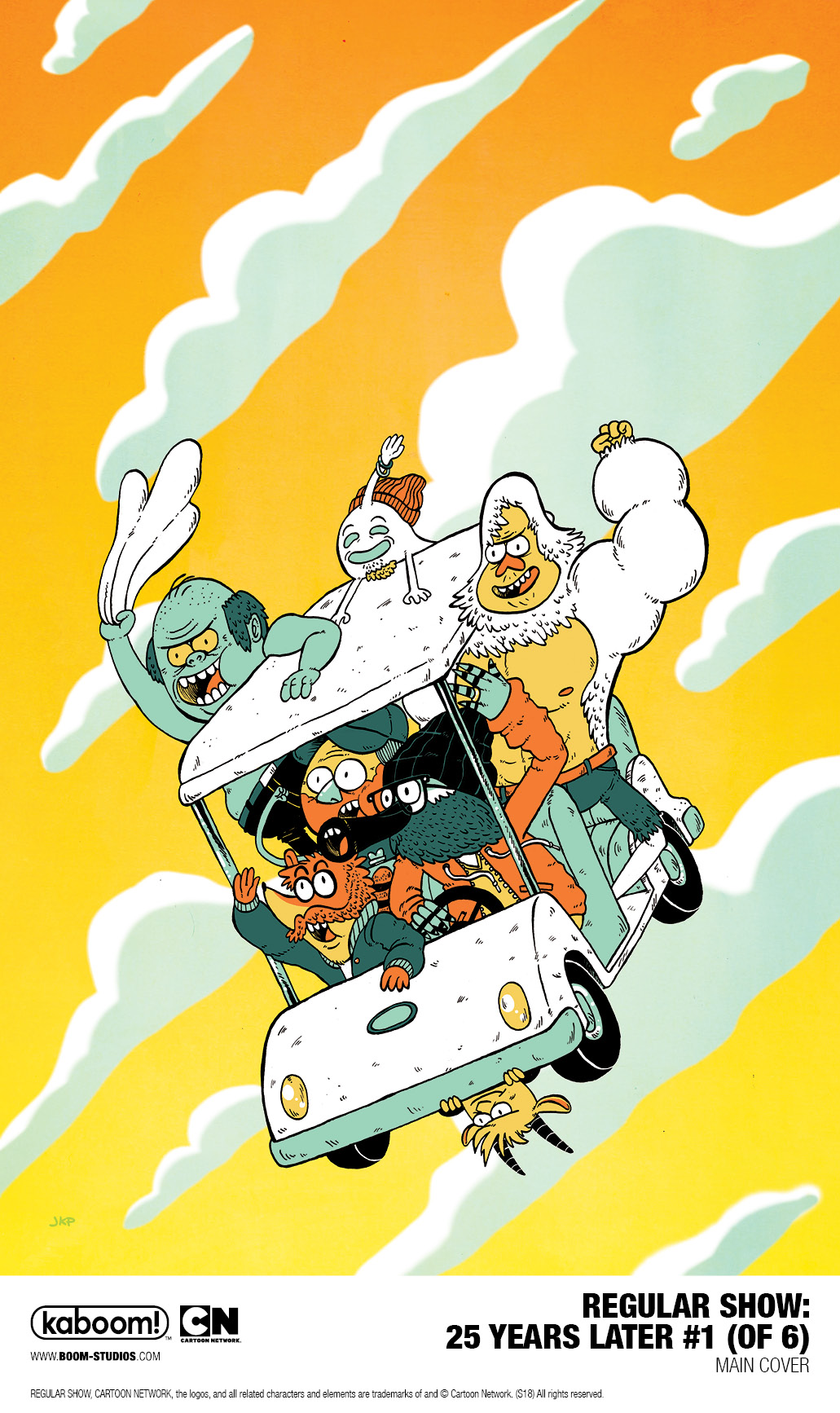 Regular Show: 25 Years Later #1 Main Cover by JK Phan
LOS ANGELES, CA (March 5, 2018) – BOOM! Studios and Cartoon Network are proud to announce REGULAR SHOW: 25 YEARS LATER #1, the first chapter of an all-new six-issue limited comic book series inspired by the Emmy® Award-winning animated series arriving in stores June 2018. After the stunning conclusion to the landmark Regular Show on Cartoon Network in January 2017 featuring an epic battle between Pops and Anti-Pops, fans have been wondering what’s next for Mordecai, Rigby, and the rest of the park –  and now BOOM! Studios has the answer! Journey 25 years into the future with acclaimed writer Christopher Hastings (Deadpool) and the debut of artist Anna Johnstone, as Mordecai and Rigby have a lot to learn about how things never stay the same…

“I love the relative elegance of a Regular Show story. Start with a mundane problem, try to weasel out of it, and then plunge into madness,” said writer Christopher Hastings. “The characters are completely grounded, have real relationships with each other, and then you take them and stick them in the most bonkers, surreal, fantasy/sci-fi/horror/everything impossible scenarios you can think of. It’s a simple combo, but it gives you room for a countless amount of new stories. The tricky part was figuring out how to get the older and MUCH more mature Mordecai and Rigby to jump into that dance again. They’ve traded their insane adventures for family and career. Seeing how these wiser old pals handle the temptations of adventure will be a big part of the fun of this series, not to mention just catching up with all the other characters, seeing what’s changed in their lives, or what’s stayed the same.”

“When I got asked to work on the new Regular Show comic series I was super excited to meet the challenge,” said artist Anna Johnstone. “The show has a great sense of humour and as a fan I can’t wait to see what kinds of weird stuff they get up to ’25 years later’… plus the best part, I get to draw it!”

REGULAR SHOW: 25 YEARS LATER is the latest release from BOOM! Studios’ critically acclaimed KaBOOM! imprint, publisher of world-class licensed series such as Steven Universe, Over the Garden Wall, Peanuts, and Garfield, along with original series like Brave Chef Brianna by Sam Sykes and Selina Espiritu, and The Deep by Tom Taylor and James Brouwer.

“We are excited about this chance to tell the next chapter of Regular Show in comic book form at BOOM! Studios,” said Whitey Leopard, Editor, BOOM! Studios. “REGULAR SHOW: 25 YEARS LATER is a must-read for any fan of the show, bringing all the humor, absurdity and irreverence that’s made it so beloved worldwide.”

Print copies of REGULAR SHOW: 25 YEARS LATER #1 will be available for sale in June 2018 at local comic book shops (use comicshoplocator.com to find the nearest one) or at the BOOM! Studios webstore. Digital copies can be purchased from content providers, including comiXology, iBooks, Google Play, and the BOOM! Studios app.

For more on REGULAR SHOW: 25 YEARS LATER and other projects from BOOM! Studios, please visit www.boom-studios.com and follow @boomstudios on Twitter. 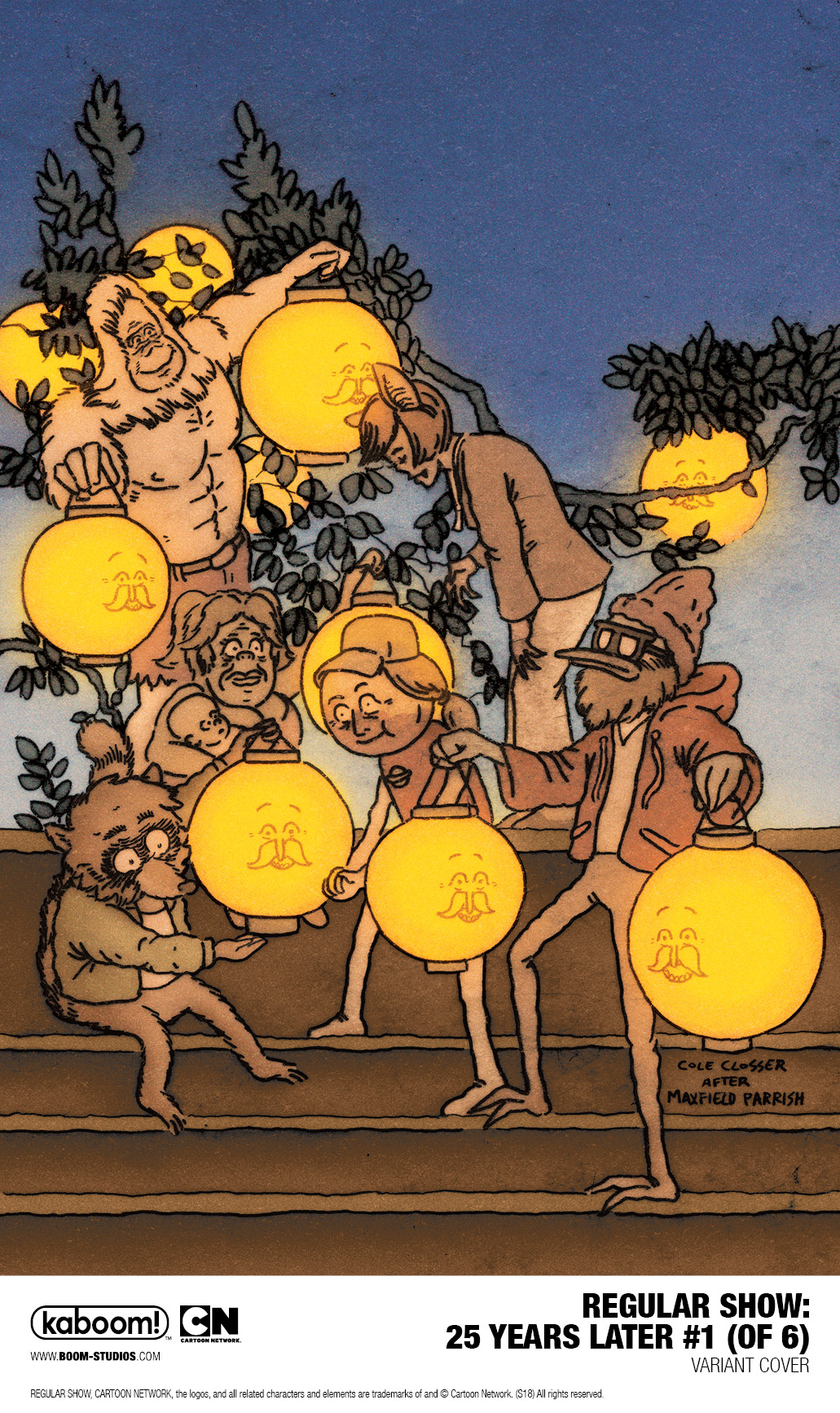 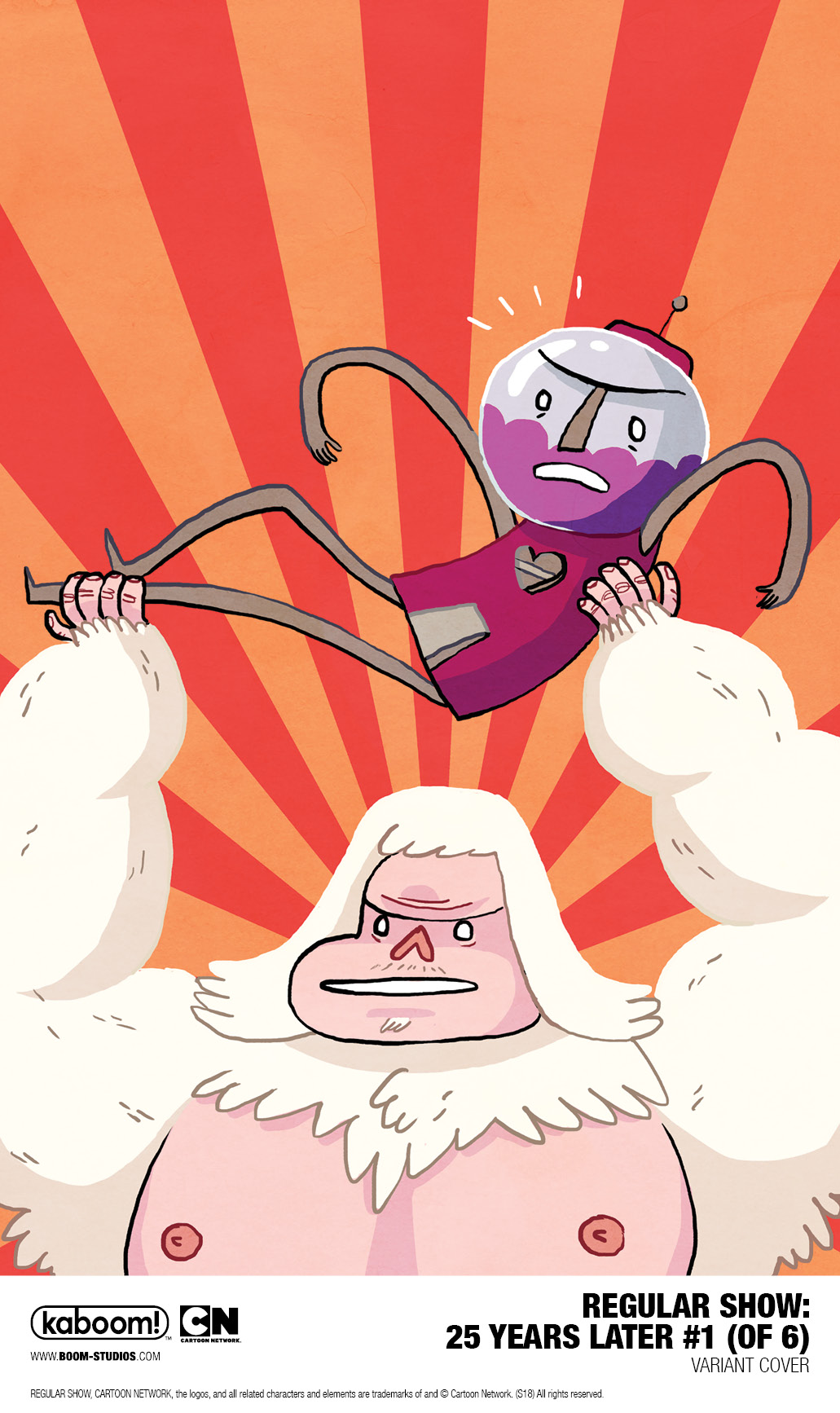