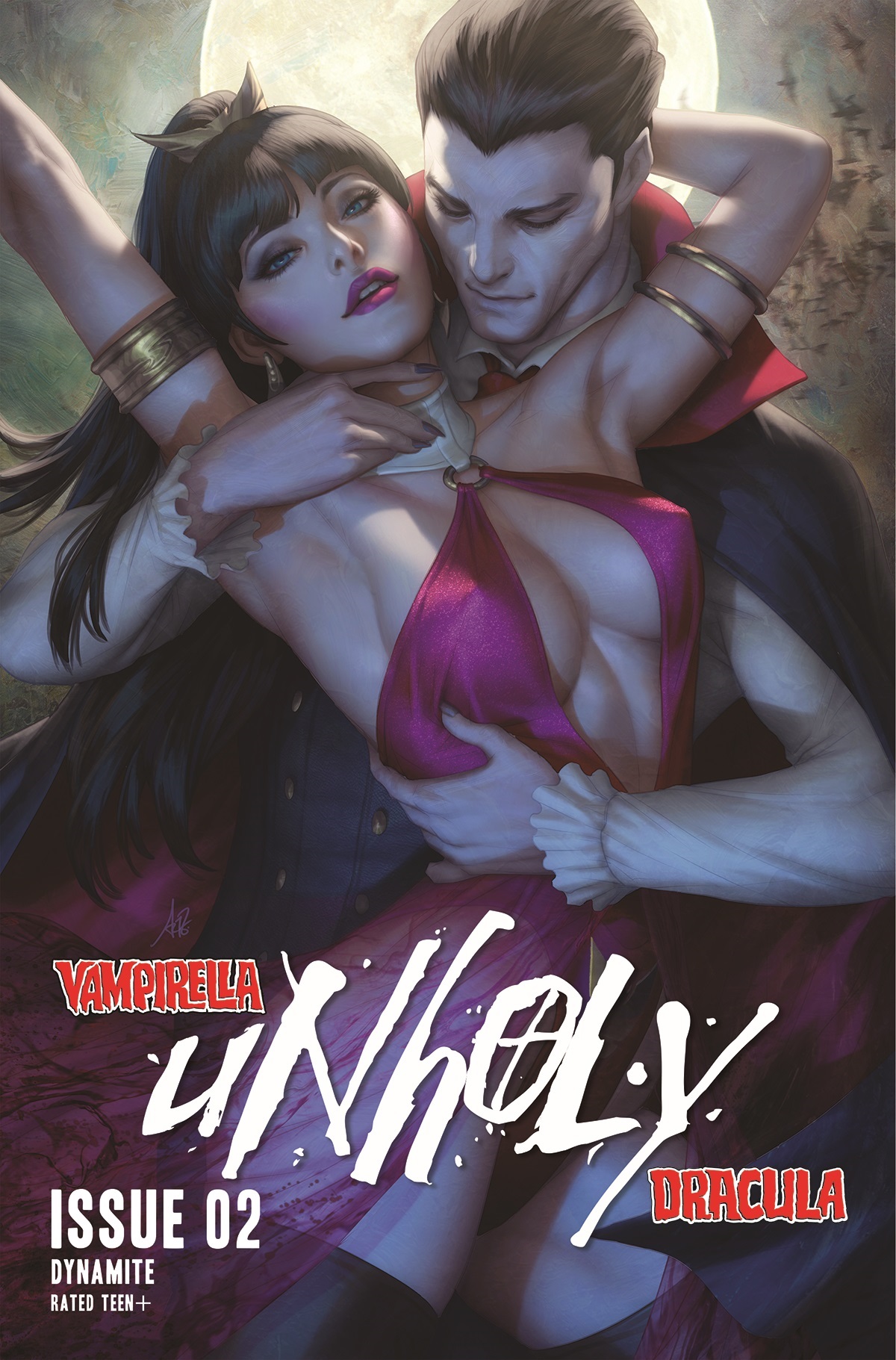 Artgerm returns to the character of Vampirella and this run by Christopher Priest following a trio of sold-out scorching covers he contributed close to the character’s 50th anniversary celebration. Each even numbered issue of #2, 4, and 6 on the 2019 relaunch of Vampirella featured one of Artgerm’s masterpieces. The first was a scintillating unique take on depicting the character’s iconic costume, which has since been brought to the third dimension as a collectible statue bust. The second finally brought a fan-favorite piece originally made in conjunction with Sideshow to the collections of comic book fans. While the final one tapped into Artgerm’s rare charcoal abilities and blew everyone away with a memorable blood-soaked acetate cover.

Now he’s back with another novel twist on Vampirella’s costume in the form of a dress, as well as her dashing new husband, the one and only king of the vampires – Dracula. The variant cover is also available in logo-free “virgin” editions and more.

Artgerm is joined by a squad of superstars for the other covers on this exciting second issue. The others include Shannon Maer, Rose Besch, Lucio Parrillo, and a cosplay cover. 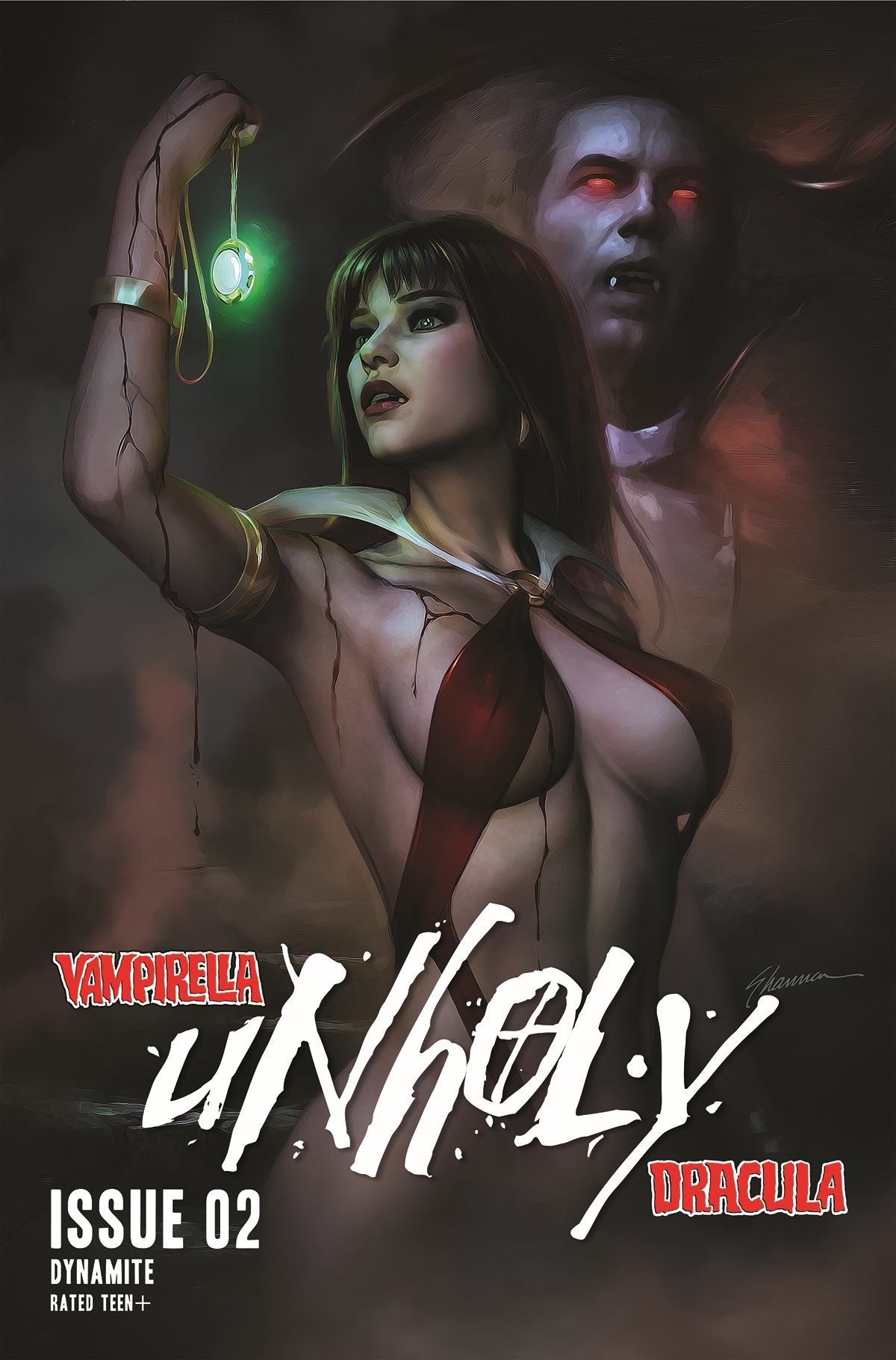 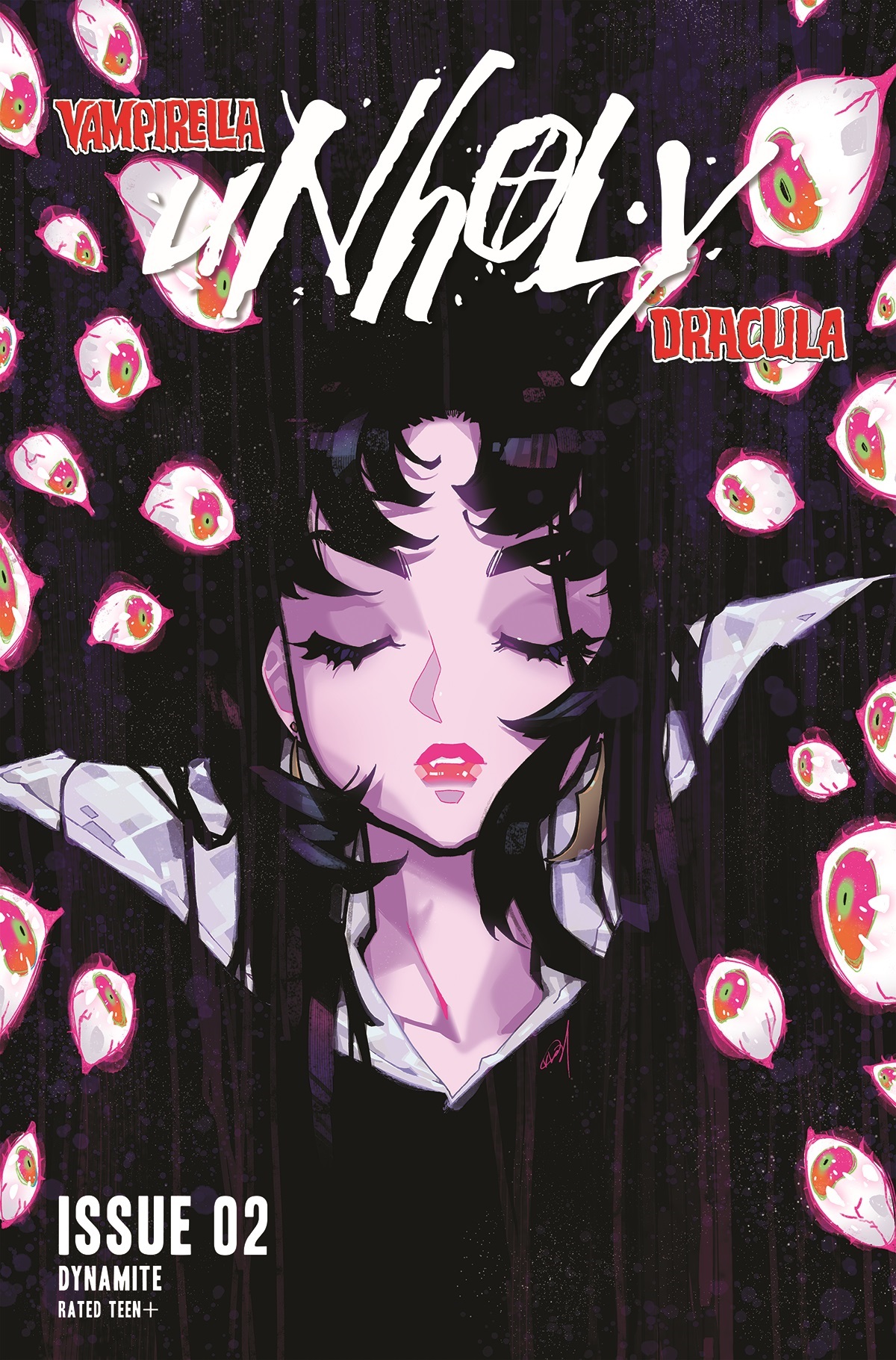 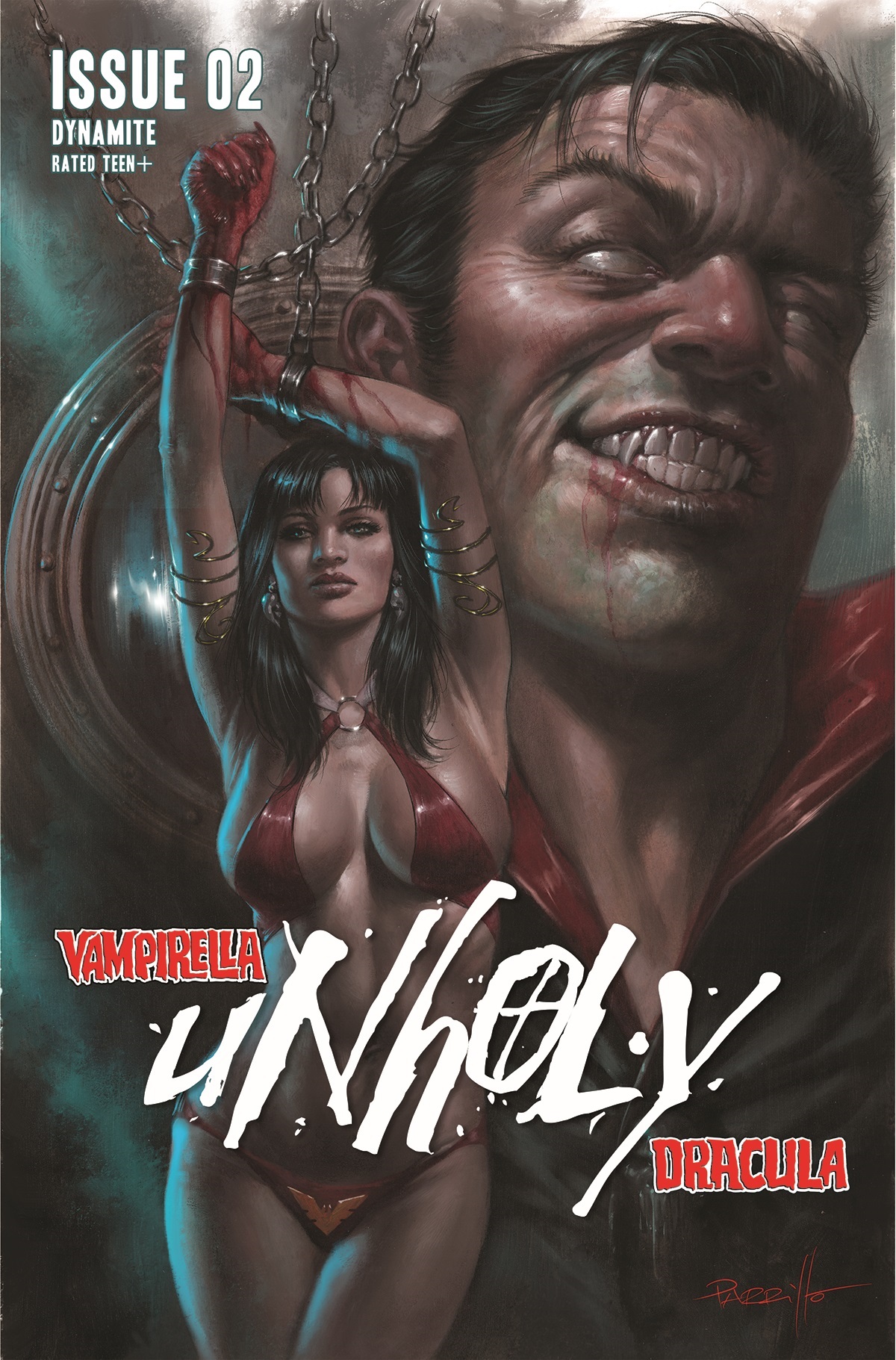 VAMPIRELLA/DRACULA: UNHOLY #2 is solicited in Diamond Comic Distributors’ November 2021 Previews catalog, the premier source of merchandise for the comic book specialty market, and slated for release in January 2022. Comic book fans are encouraged to preorder copies of the issue with their local comic book retailers. It will also be available for individual customer purchase through digital platforms courtesy of Comixology, Kindle, iBooks, Google Play, Dynamite Digital, ComicsPlus, and more!