Discover The Journey To Find Your True Self in August 2018 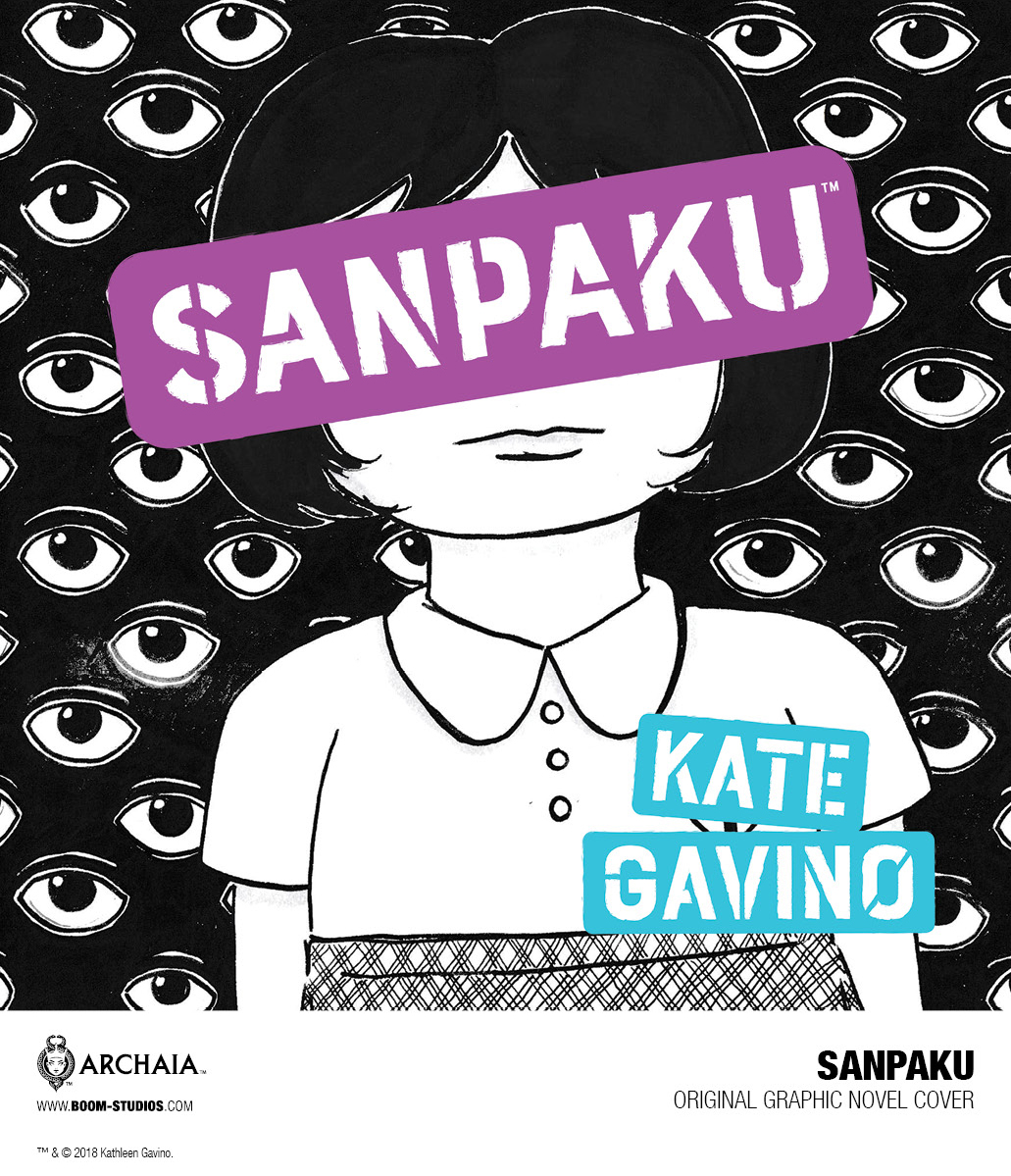 LOS ANGELES, CA (February 14, 2018) – BOOM! Studios is proud to announce SANPAKU, a new original graphic novel (OGN) from cartoonist Kate Gavino (Last Night’s Reading) that gives voice to the insecurities that haunt teens of all cultures. Arriving in stores August 2018, this OGN tells the story of Marcine, a woman fascinated with the Japanese idea of Sanpaku—that seeing the white around the iris of your eyes is a bad omen. But it’s everywhere Marcine looks—her grandmother has it, some classmates at Catholic school have it, JFK had it…even Marcine might suffer from this odd condition. Eating a strict macrobiotic diet and meditating is supposed to help, but no matter how much Marcine wants it to, it can’t save her grandmother’s life or make her days at school any easier.

Packaged in a deluxe hardcover format, SANPAKU deftly explores this Japanese theory through Gavino’s own Catholic, Filipino background and weaves a powerful coming-of-age story about challenging the world around you, no matter your age, to find your true self.

“SANPAKU was inspired by my childhood in the suburbs of Houston, Texas, where I was surrounded by my classmates at a small Catholic school and my religious immigrant family,” said Gavino. “Marcine is at the point in her adolescence where she is constantly questioning what she is taught, and in effort to find something of her own to believe in, she ends up clinging to the idea of sanpaku and finding its cure. I wanted to write a book about the people I know the best: the quiet girl in class whose imagination is running at hyper-speed, the old Filipino lola who is a master shoplifter, the upright Catholic who is constantly letting herself down, and the bitchy best friend who will never forgive you for seeing her crap in the sandbox in kindergarten. SANPAKU is a look into their world, told through the eyes of Marcine, a perpetually confused twelve year-old who at the end of the day, just misses her grandma.”

SANPAKU is the latest release from BOOM! Studios’ ambitious Archaia imprint, home to graphic novels such as Mouse Guard by David Petersen; Rust by Royden Lepp; Bolivar by Sean Rubin; Jane by Aline Brosh McKenna and Ramón Pérez; and licensed series like Jim Henson’s The Power of the Dark Crystal and Jim Henson’s Labyrinth: Coronation.

“Cartoonist Kate Gavino is primed to be one of her generation’s most refreshing and honest voices in comics. Her worlds are tremendously fun and unabashedly insightful,” said Sierra Hahn, Senior Editor, BOOM! Studios. “We’re so honored to have this titles as part of the Archaia line, readers will be mesmerized by this seminal work.”

Print copies of SANPAKU will be available for sale in August 2018 at local comic book shops (use comicshoplocator.com to find the nearest one), book stores or at the BOOM! Studios webstore. Digital copies can be purchased from content providers, including comiXology, iBooks, Google Play, and the BOOM! Studios app.

Z2 COMICS AND FLATBUSH ZOMBIES TEAM FOR AN ORIGIN STORY LIKE NO OTHER IN 3001: A PREQUEL ODYSSEY