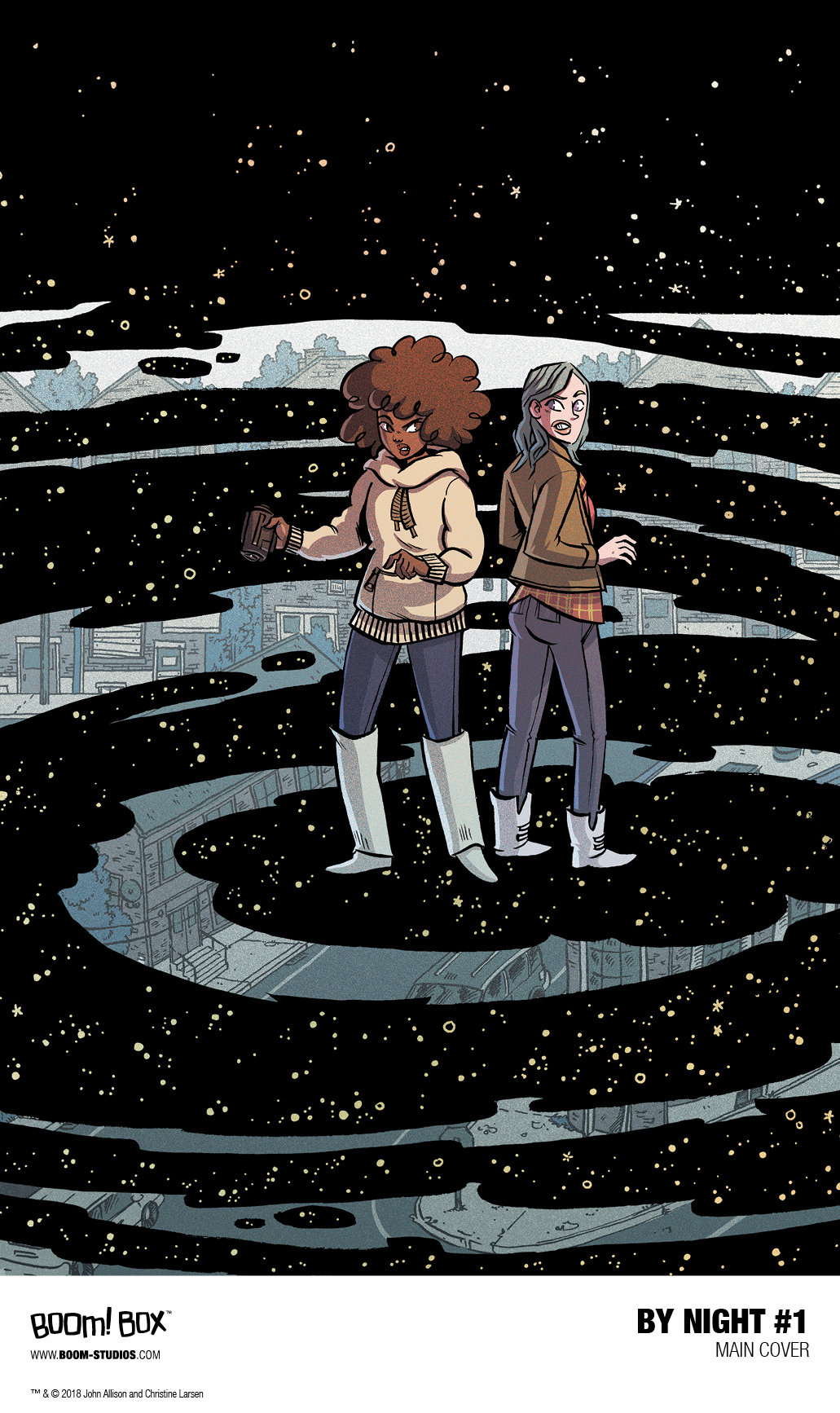 Aspiring documentarian (and actual chemistry major) Jane has recently reunited with her former best friend Heather, amateur urban explorer. When a trip into an abandoned industrial building leads them to another world, their plan begins to unfold—create a documentary about the world and become filthy, filthy rich. The other side of the portal is filled with monsters, magic and a chance for a whole new life. All they have to do is step through…

“BY NIGHT combines my love of Fringe, the X-Files, Jon Ronson documentaries and long reads about the collapse of post-Industrial western society,” said writer John Allison. “It’s about going home after college and seeing your home town, and your old friends, through opened eyes. I should also add that it will contain plenty of jokes, dads, mild peril and ludicrous beasts that will almost certainly obscure any lofty intellectual ambitions I might have. And I’m so excited to be working with Christine Larsen on the book, a true star with pencil and pen. Readers are going to love her art.”

“John has written a story with everything I like: interesting female protagonists, strange creatures, urban decay, and sharp humor,” artist Christine Larsen. “I’m psyched to be on this adventure with him, and hope readers will feel the same.”

“John Allison is one of my favorite writers in any medium, period, and Christine Larsen’s art captivated me the moment I saw it for the first time” said Shannon Watters, Editor, BOOM! Studios. “Pairing these two for BY NIGHT was a no-brainer, and I’m jazzed to see what you think of what’s already one of my new favorite series.” 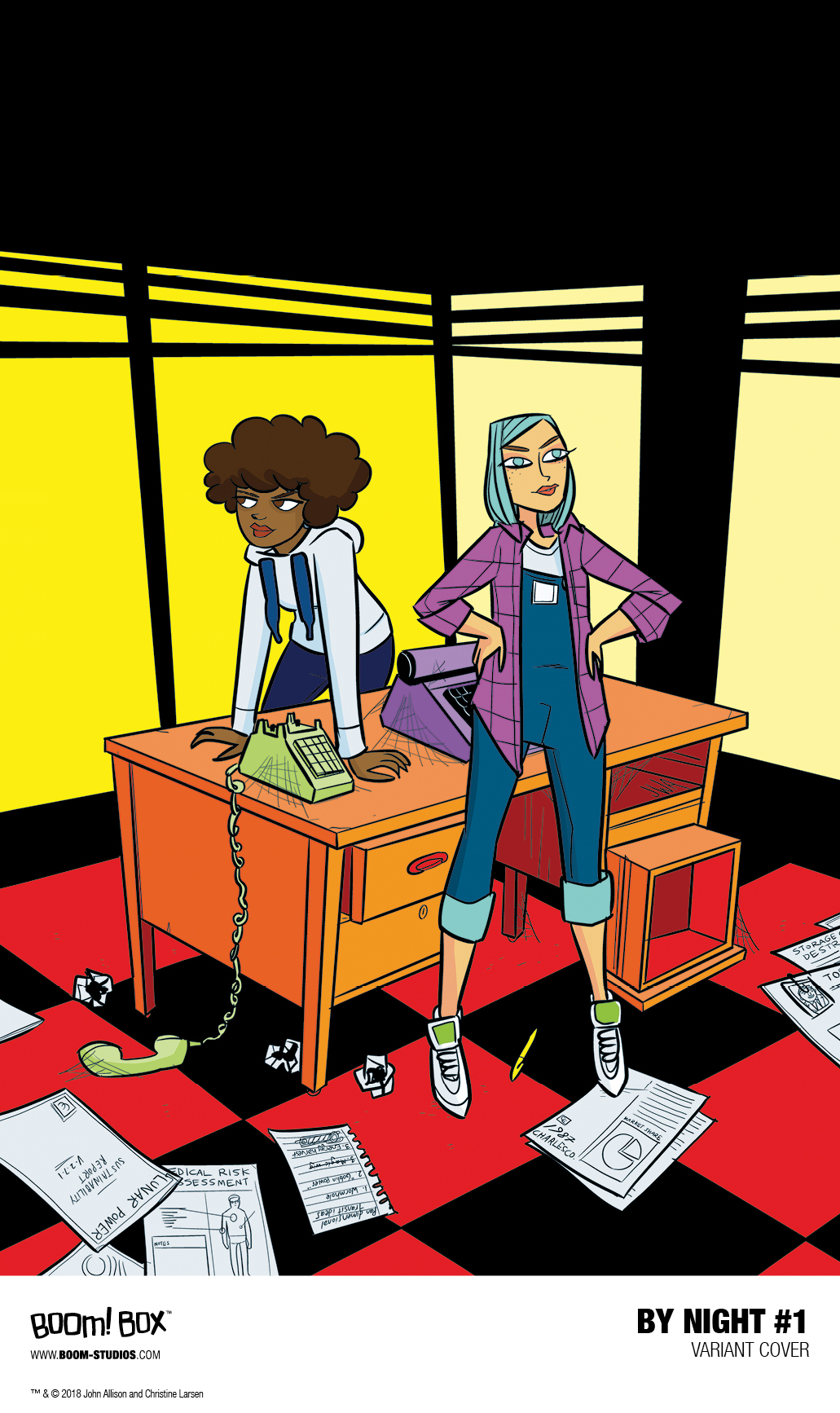 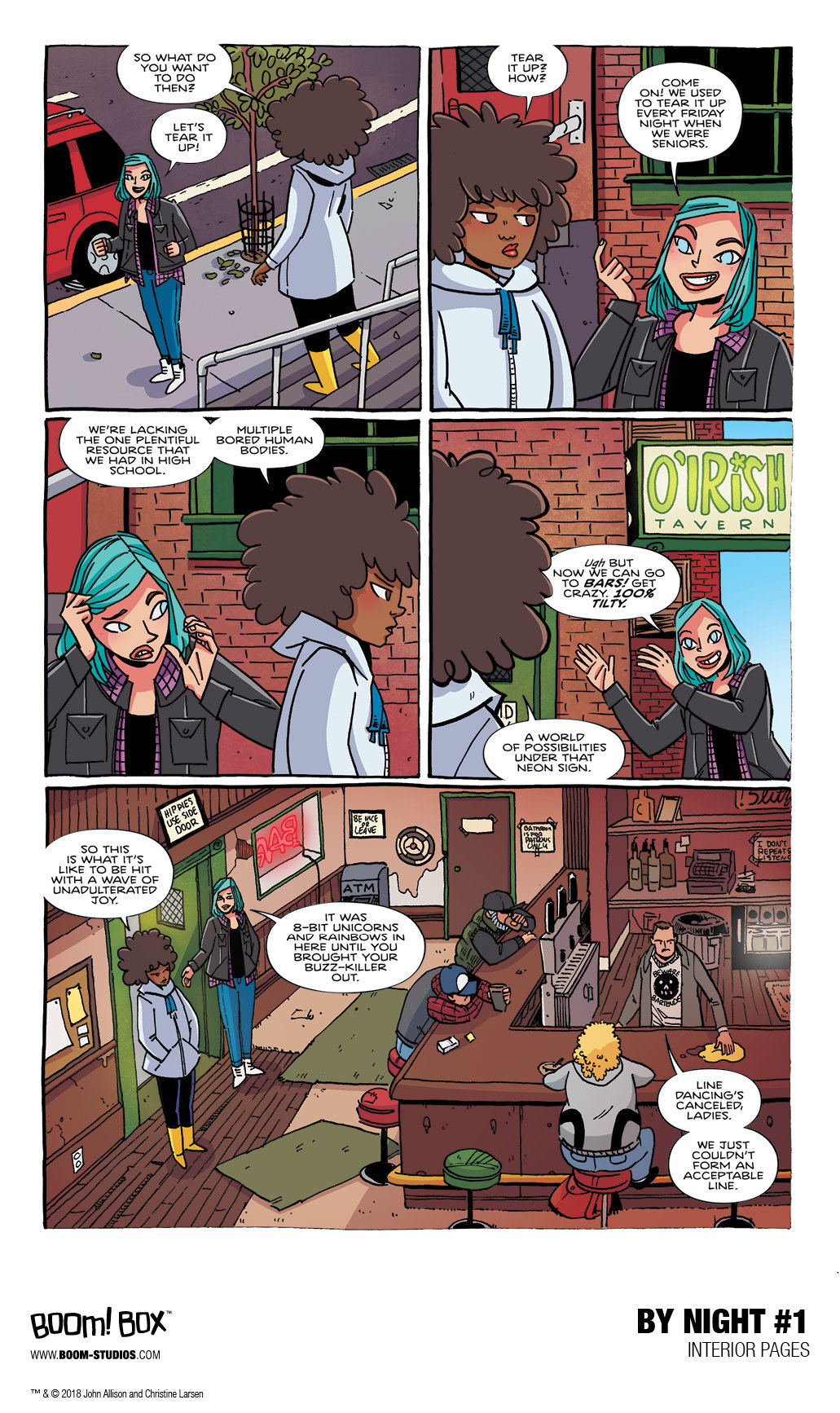 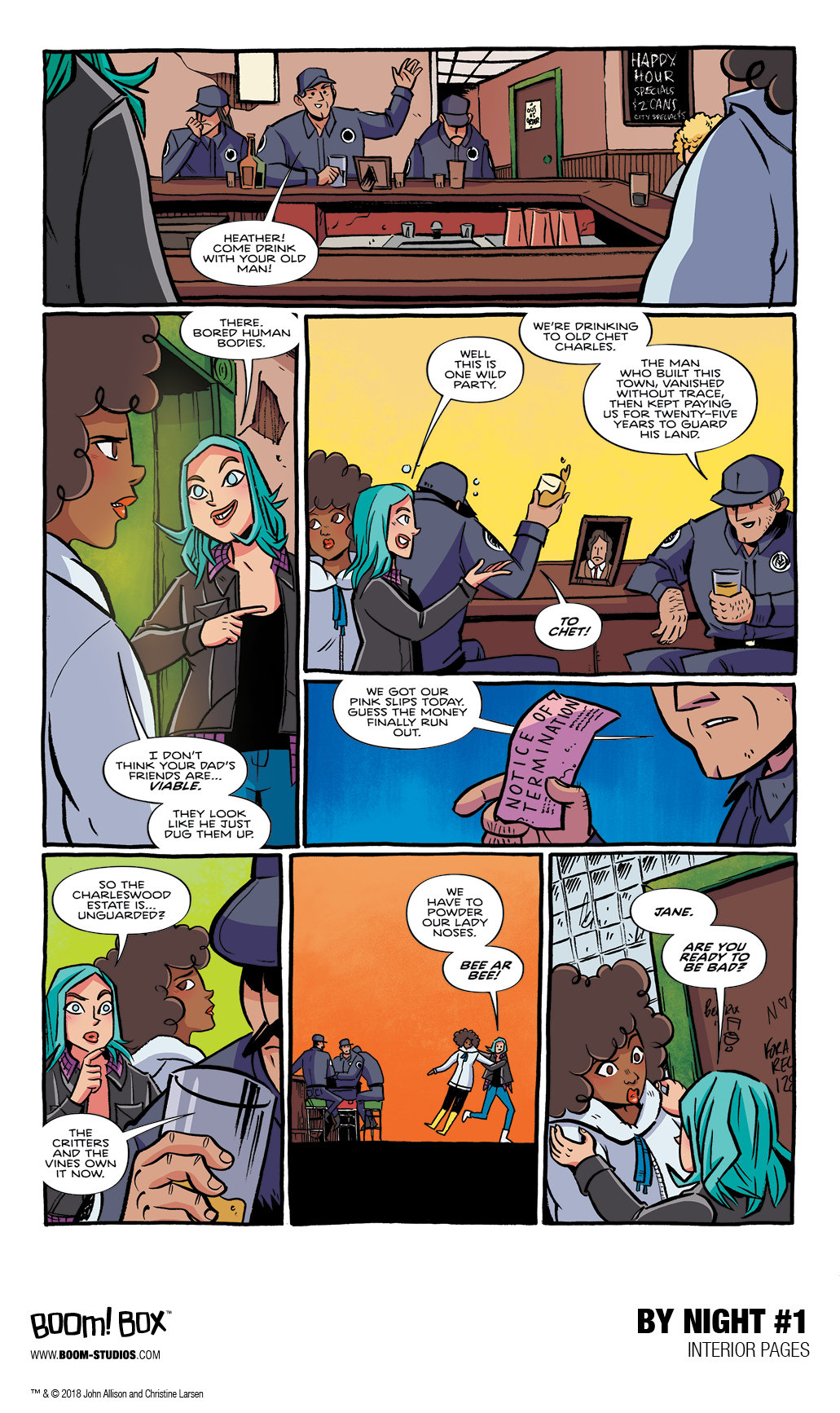 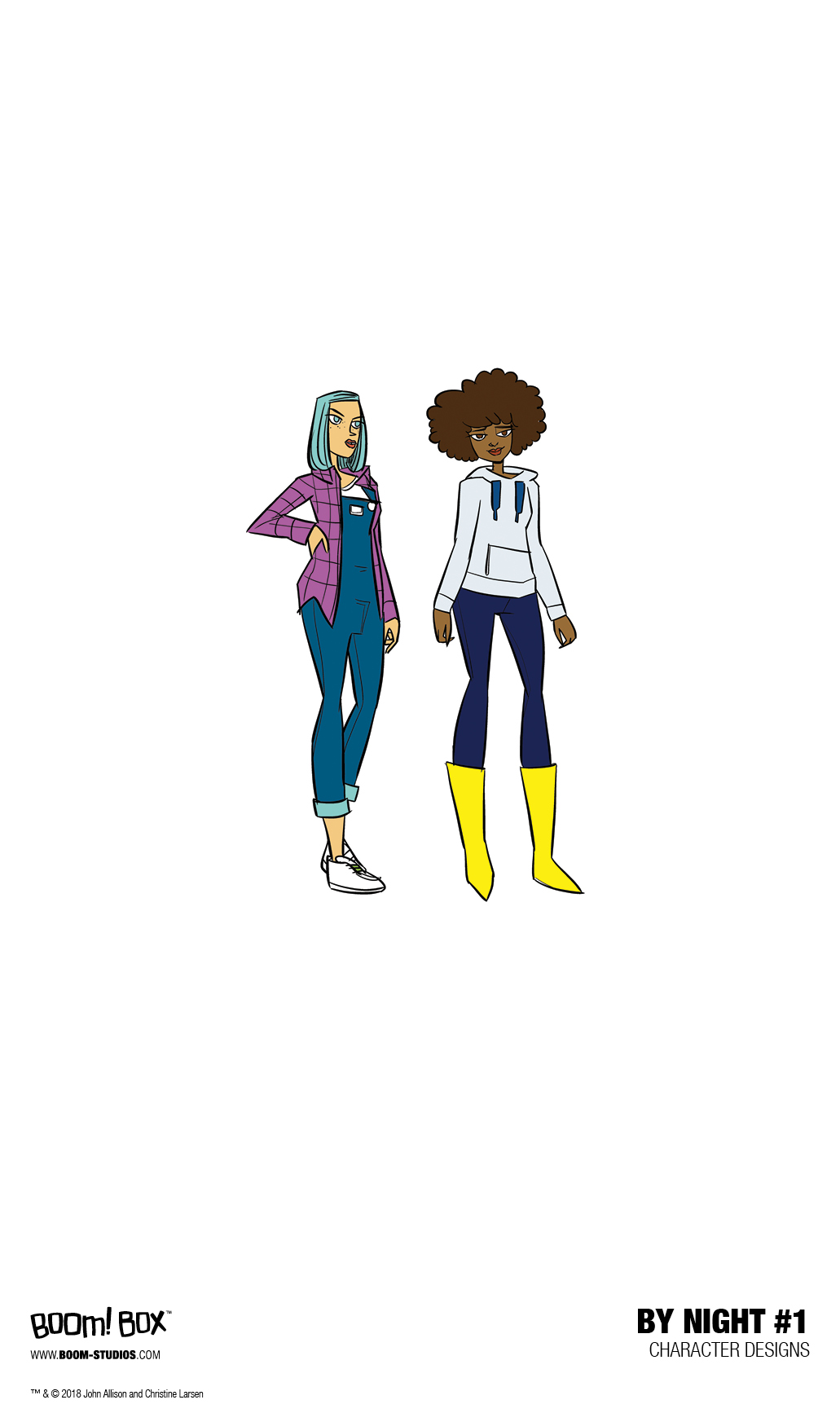