Garfield Makes His Homecoming In June 2018 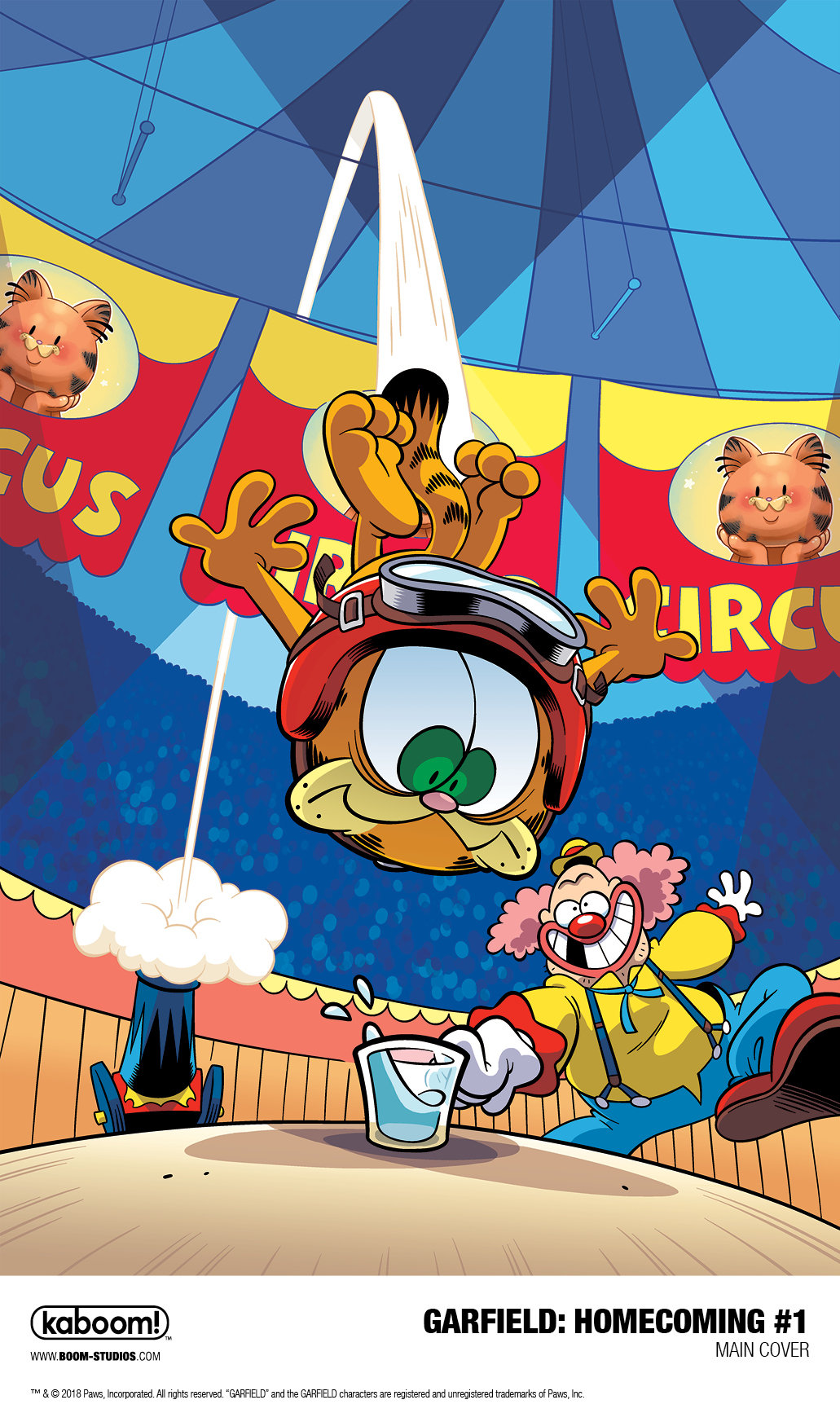 LOS ANGELES, CA (March 8, 2018) – BOOM! Studios and PAWS Inc are proud to announce GARFIELD: HOMECOMING #1, a new four-issue limited series debuting in June 2018. Feeling mistreated and unappreciated by Jon, Garfield embarks on a journey for a new home and, along the way, meets up with a clown who works in an old-timey travelling circus. Convinced that this is the place for him, Garfield becomes part of the act. Wait. What is that cannon for?

Writer Scott Nickel (Garfield: His 9 Lives) will pair with a different artist in each issue of GARFIELD: HOMECOMING, as Sara Talmadge (Steven Universe) takes us through this wild ride in the first chapter of Garfield’s journey outside of the friendly confines of Jon’s house.

“Putting Garfield on the road in GARFIELD: HOMECOMING allows him to meet a variety of new characters – both friend and foe – and his journey takes him to some interesting and unexpected places,” said writer Scott Nickel. “We hope fans enjoy the ride.”

“I’ve always loved Garfield and getting to take him on an all new adventure with Scott and the team at BOOM! Studios was such a thrill!” said artist Sara Talmadge. “Garfield’s taking on the circus with his usual sass and legendary appetite… But can he be the new star act that the circus needs?  Every page in this issue was a total blast to draw (I mean, what’s more fun than the circus?), and I hope you enjoy it too!”

“We’ve told some incredible Garfield stories at BOOM! Studios, but we’ve never taken Garfield this far outside his comfort zone – both literally and metaphorically,” said Whitney Leopard, Editor, BOOM! Studios. “In-between all the crazy adventures and trademark Garfield humor, the heart of this story is one that readers of all ages can relate to – the search to find that place where you fit in and feel like you can truly call your home.”

GARFIELD: HOMECOMING is the latest release from BOOM! Studios’ critically acclaimed KaBOOM! imprint, publisher of world-class licensed series such as Adventure Time, Steven Universe, Over the Garden Wall, Peanuts, and Rugrats along with original series like Brave Chef Brianna by Sam Sykes and Selina Espiritu and The Deep by Tom Taylor and James Brouwer.

Print copies of GARFIELD: HOMECOMING #1 will be available for sale in June 2018 at local comic book shops (use comicshoplocator.com to find the nearest one) or at the BOOM! Studios webstore. Digital copies can be purchased from content providers, including comiXology, iBooks, Google Play, and the BOOM! Studios app.

For more on GARFIELD: HOMECOMING and other projects from BOOM! Studios, please visit www.boom-studios.com and follow @boomstudios on Twitter. 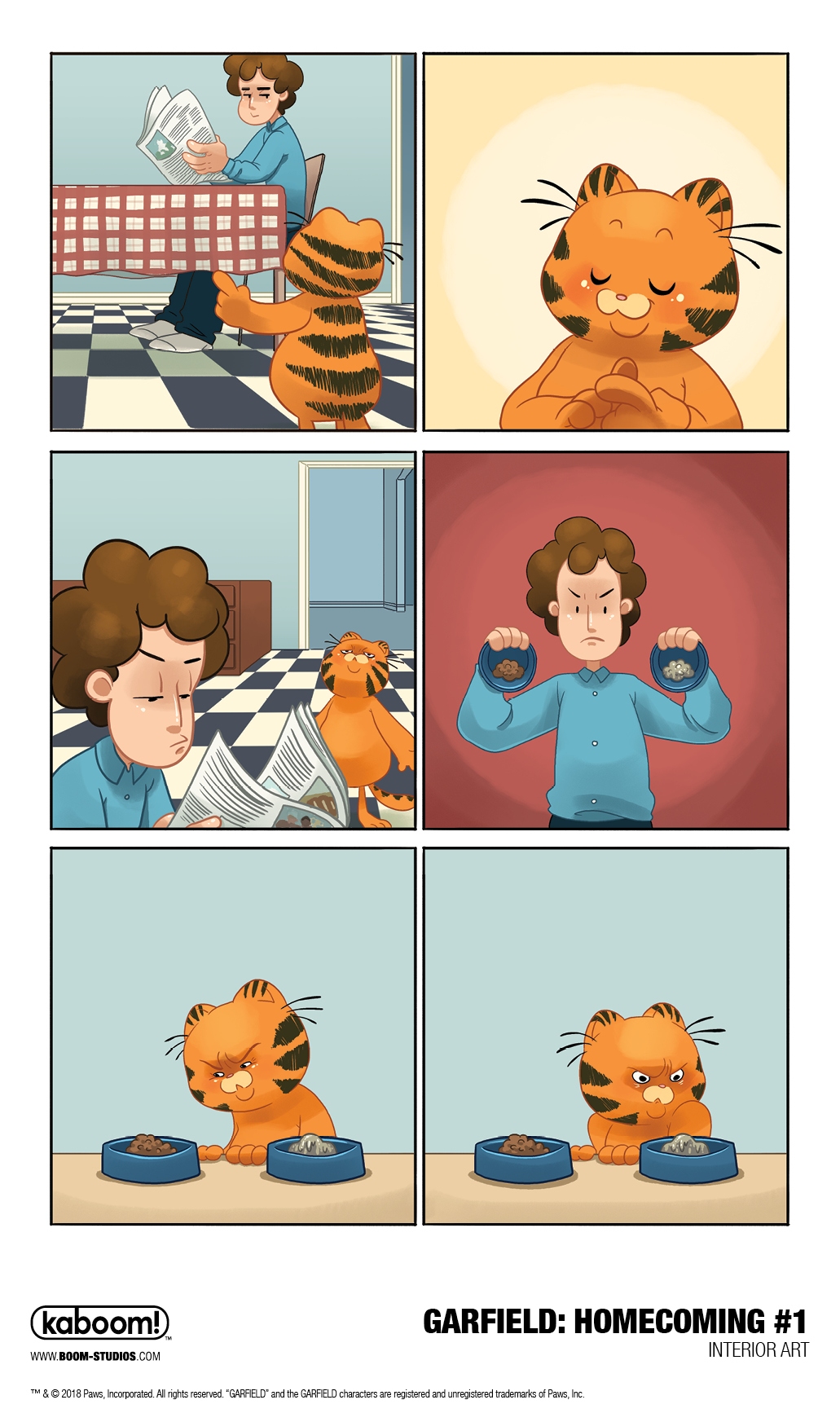 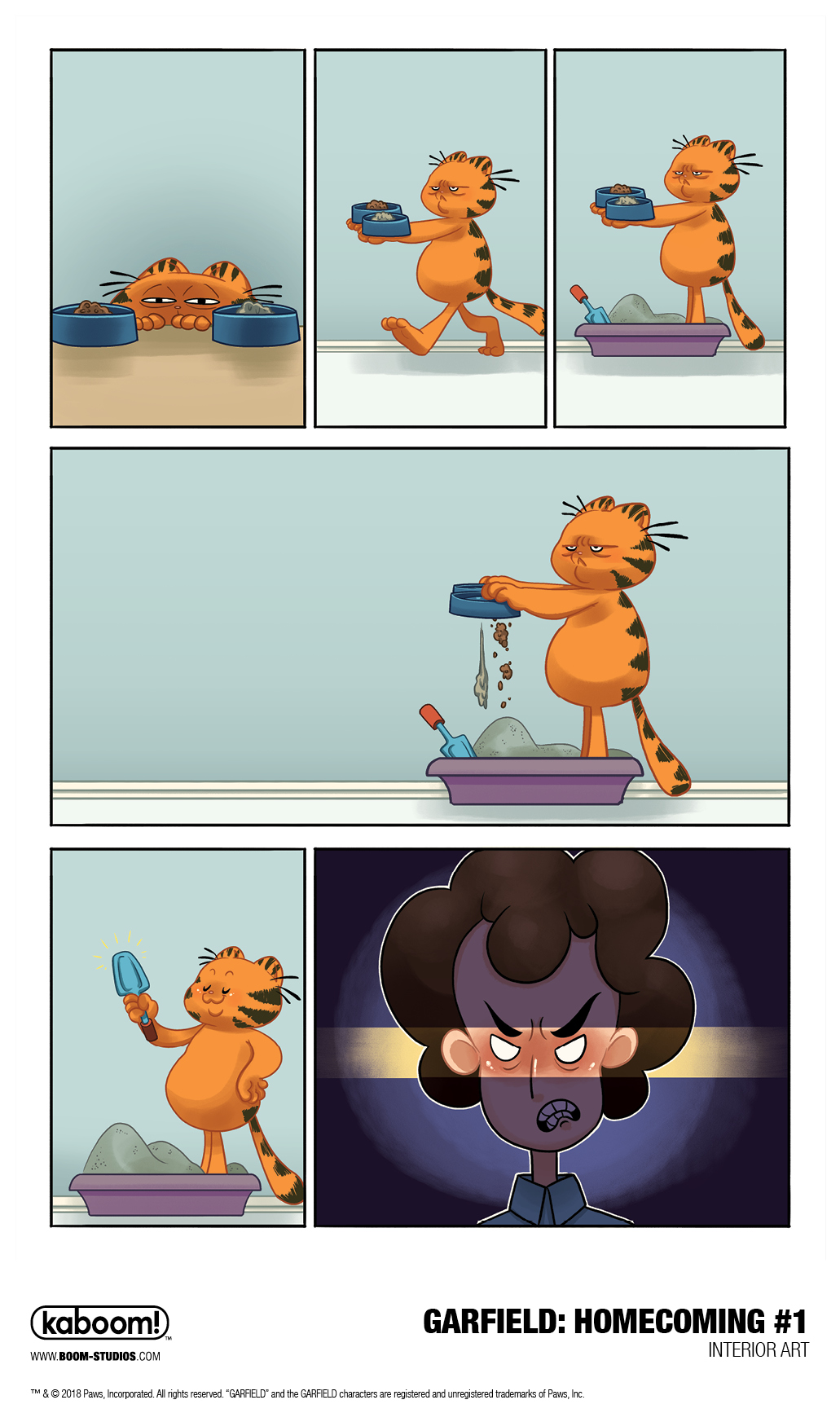 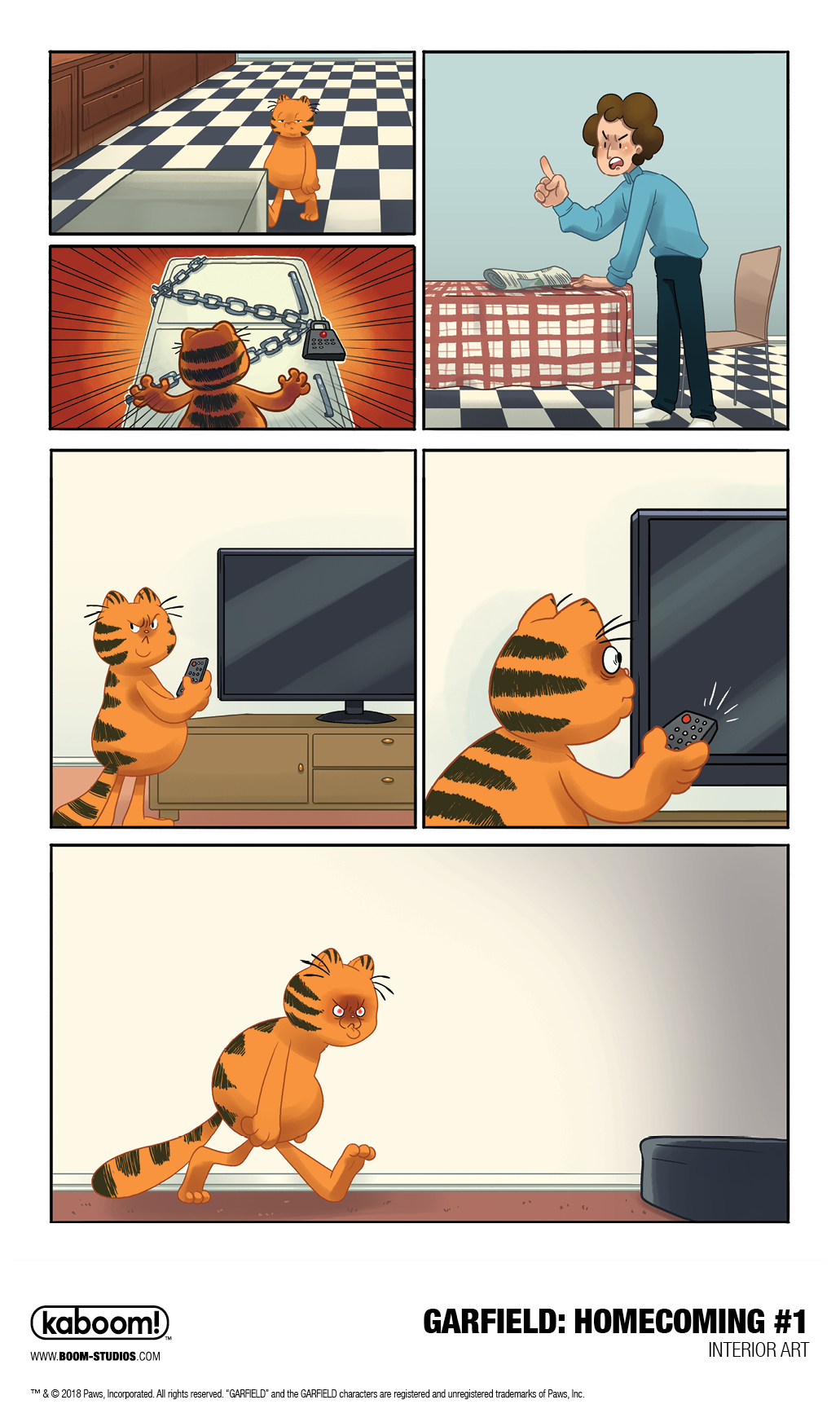 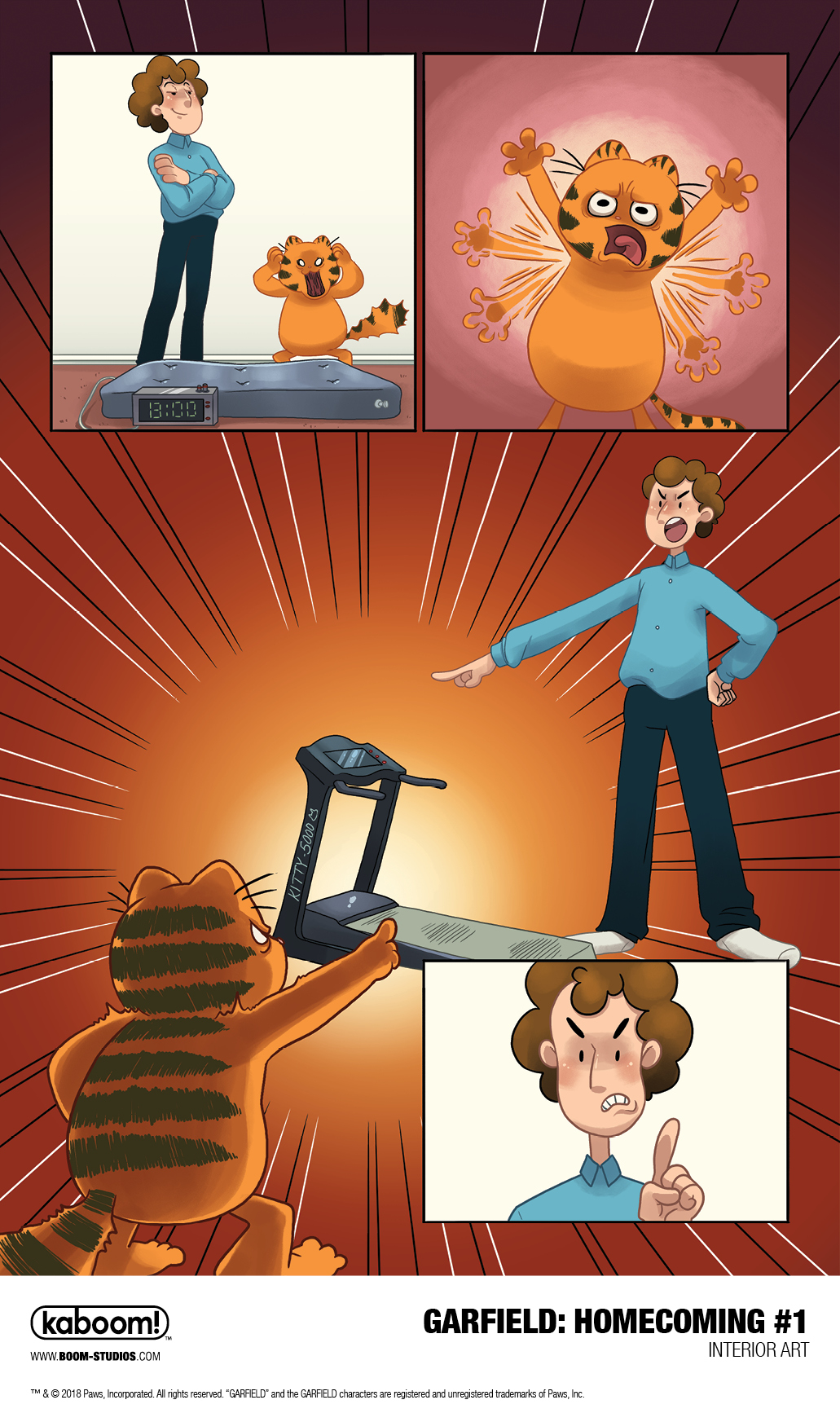 Robosen Robotics Teams Up with Hasbro to Debut Optimus Prime, the World’s Most Advanced and Programmable TRANSFORMERS Robot at Hasbro Pulse Fan Fest