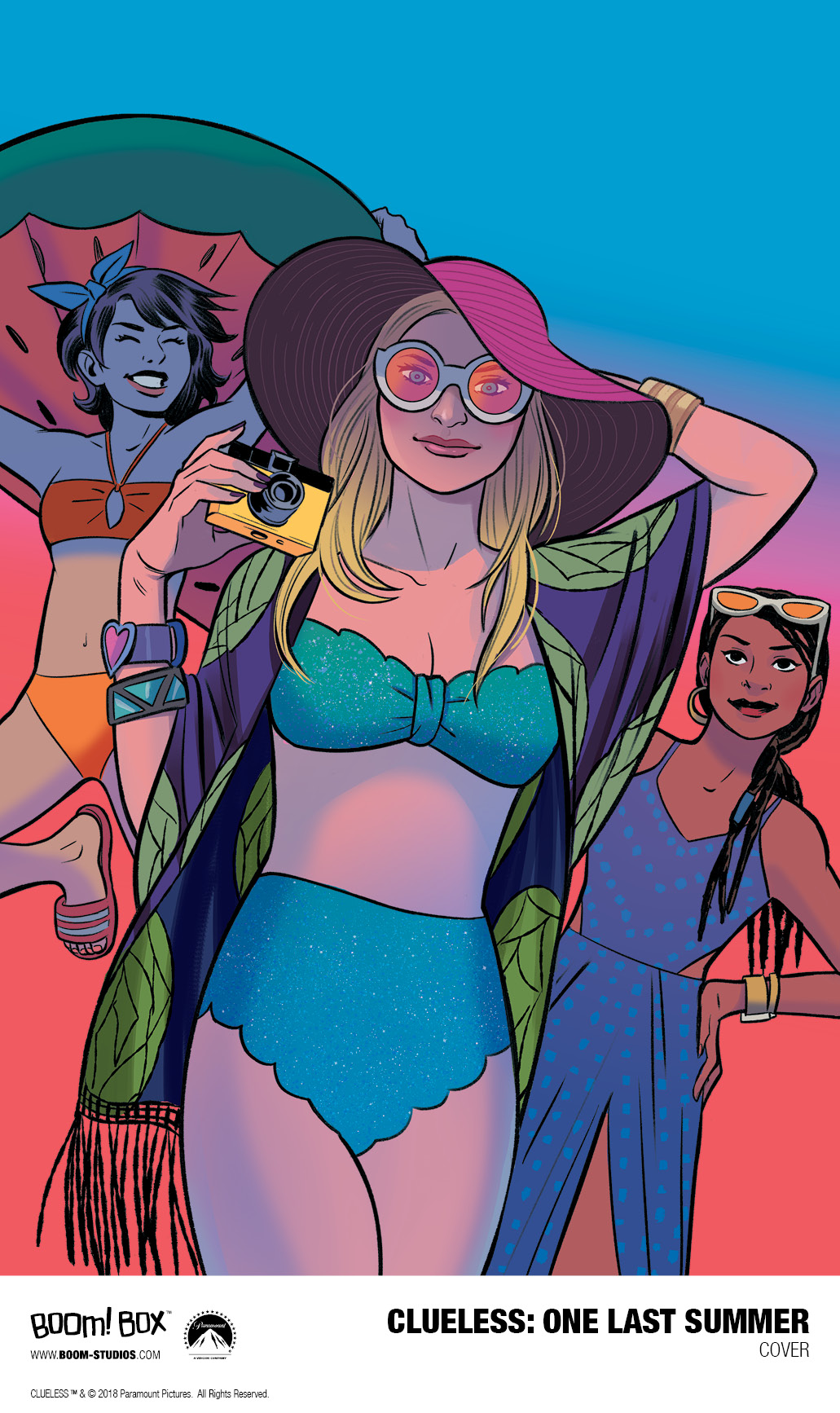 In CLUELESS: ONE LAST SUMMER, Cher, Dionne and Tai journey out for their final summer vacation before they head off to college and the world of adulthood.  However when life threatens to topple their elaborate plans for the summer to remember, they’ll be challenged to stay true to their best selves amidst the chaos. Luckily they’ve got each other to lean on, because that’s what best friends are for…and because no one stops Cher when she makes up her mind!

“I am so excited to jump back into a second ‘totes excellent’ Clueless collaboration with Sarah  Kuhn and Siobhan Keenan,” said Amber Benson. “I feel like when the three of us work together there is a real synergy that makes Cher, Dionne, and Tai’s world come alive. This next installment of the Clueless comic is all about what happens in the summer before the ladies head off to college – and it will be chock full of the good stuff: friendship, romance, and mystery…with a heavy dose of that ’90s Clueless nostalgia that makes the comic so much fun.”

“I’m so excited to take these girls on some ridiculous summer adventures—as long-time Angelenos, Amber and I are entertaining each other way too much coming up with what, exactly, a Clueless summer vacation looks like and which ’90s songs pair perfectly with every page” said Sarah Kuhn. “And we can’t wait to see what fabulous summer ensembles Siobhan puts the girls in! I am also really loving getting the chance to explore a character who I adore, but hasn’t gotten much of a spotlight yet in the Clueless-verse: Summer, who was played in the movie by the great Nicole Bilderback. Summer’s presence as an amazingly-dressed Asian girl who got to be part of Cher’s cool crowd was always super important to me and I am thrilled to say she has a big part in this book.”

“I’m so ready to draw the Clueless gang again!” said Siobhan Keenan. “With both Amber and Sarah at the writing helm again, I know I’m going to have a great time drawing Cher, Dionne, and Tai’s summer adventures—and I’m so excited to draw and explore new characters, too! Summer vacation is always a memorable time, so it’ll be a dream to dress up everyone in memorable outfits, too.”

“Clueless: Senior Year was a charming, witty and heartfelt story—all the same elements that made the film an instant classic,” says Shannon Watters, Editor, BOOM! Studios. “I’m thrilled that we get to reunite the amazing women, both on the page and behind the story, to explore even more stories with Cher, Dionne and Tai at BOOM! Box.”

Print copies of CLUELESS: ONE LAST SUMMER will be available for sale in Fall 2018 at local comic book shops (use comicshoplocator.com to find the nearest one), book stores or at the BOOM! Studios webstore. Digital copies can be purchased from content providers, including comiXology, iBooks, Google Play, and the BOOM! Studios app.

Zenescope Entertainment Hosts Its First Ever Movie Night With Creepshow!